The Difficulties Of Turning Doom Into A Sex Game [NSFW] 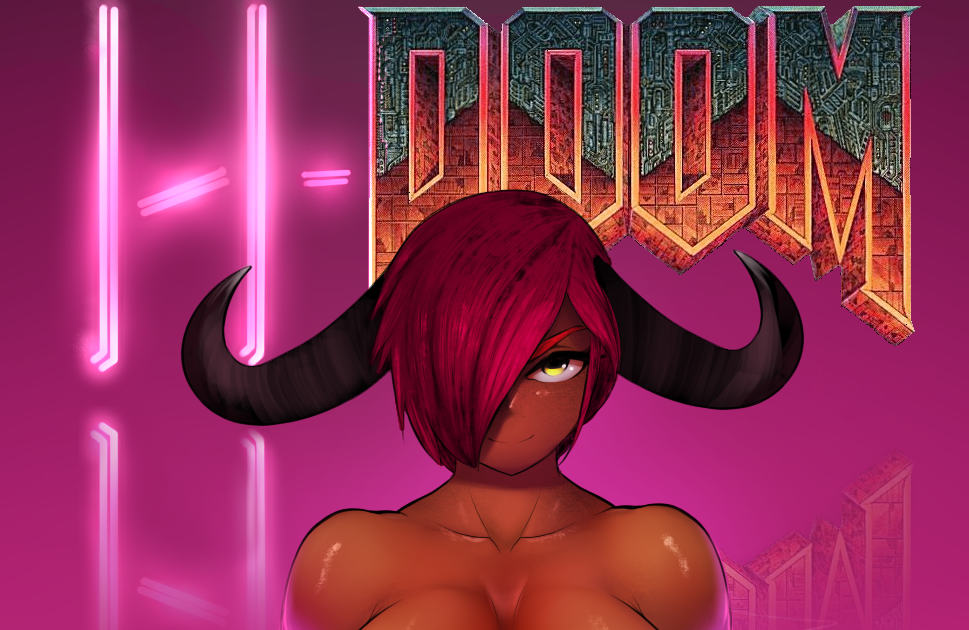 "If only you could talk to the monsters," a now-infamous review once said of the original Doom. Here's a thought, though: What if you could fuck them?

The original Doom has been modded to hell and back. It's been turned into everything from a ninja girl anime to a dang Mario game. But sex? On its face, that seems pretty incompatible with a game about reducing demons to piles of quivering mush. But here we are.

But he's also swimming in fraught waters. He wants his mod to express that all the squeezing, sucking, pounding and thrusting is consensual, but the game also features a character knocking monster ladies down and having his way with them. The mod can appear downright rape-y at times, with your character mowing down hordes of monster women who seem to be trying to fight him before the laser works its voodoo. It's provoked strong negative reactions from some people:

Despite imagery that can appear non-consensual, HDoomGuy insists that his mod is about humans and demons having fun, not forcing themselves upon each other. "It's definitely weird!" he said, speaking of the dichotomy between sex and violence in his mod. According to HDoomGuy, that approach is what makes his mod interesting. "After all, sex and violence have always been kinda those 'no-no subjects', and Doom was pretty groundbreaking as far as the whole 'violent video games' thing went when it came out. I think one of my early thoughts when working on this thing was, 'What if we took this game that was (at the time) famous for being pretty dark and violent, and made it into something lighthearted and sexy?'"

“Sex and violence have always been kinda those ‘no-no subjects’, and Doom was pretty groundbreaking as far as the whole ‘violent video games’ thing went when it came out.”

HDoom is definitely goofy, not to mention creative and, in its own way, fun. It's hard not to chuckle at all the monstrously colossal dicks, butts and boobs. Also, you can fuck a Cacodemon! Finally! But is it sexy? Obviously, that part is subjective, but for me it does a little, not a lot. To be clear, I am into hentai. Despite how off-putting some of it can be, I do get the appeal. In HDoom's case, some of the animations and designs are well done — not to mention very imaginative — and there's a bath house scene that builds well before descending into sexy madness. Other parts, though, are too much. The mod, as it currently stands, is a Fuck Rampage. Much like I imagine fucking a thousand demons would, it leaves me kinda numb in places. 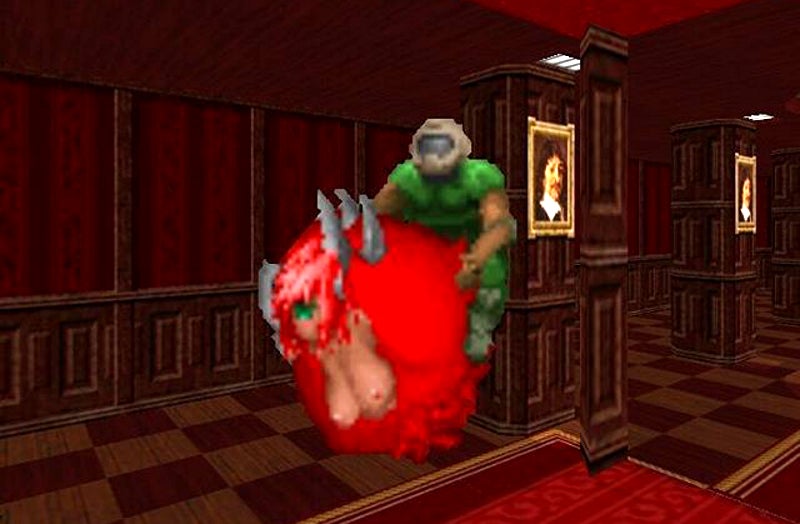 These segments — at least, the ones that are in the game right now — feel less uncomfortable. You talk to demons, and one even tells you that you can look, but not touch. Nobody's attacking anybody. A dialog box opens, and if a naked demon lady is DTF, you get to it. Walking up to a demon and having a chat in an interface that looks like it belongs in a dating sim emphasises how silly the mod is trying to be. The writing is pretty funny, to boot.

"The other thing I wanna add in the immediate future is something funnier/non-violent for the player's 'death sound' to hammer in the non-lethal aspect of the mod," HDoomGuy said. "Also the demon girls will screw you when you lose once we get some more animations done for 'em." 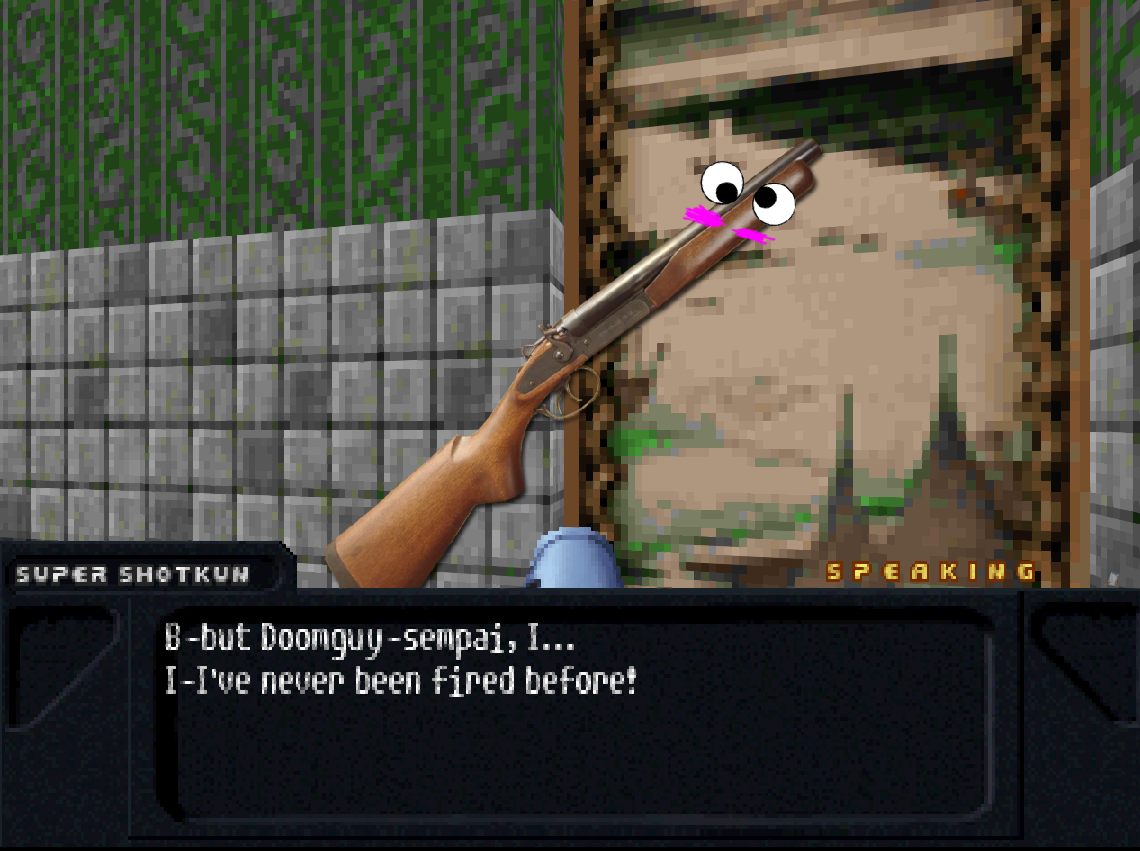 While HDoomGuy's intentions and many of the plans for the mod tone down some of its more concerning aspects, HDoom still walks an exceptionally difficult line. The part about demon girls fucking you after you've fallen, for instance, is meant to imply that everyone's having sex with everyone — your character isn't the only one running around with his dick out, essentially — but it could still read as violating or non-consensual. When you're trying to depict sex using re-skins of violent mechanics, these implications are tough to avoid.

Still, HDoom is often funny and creative, and HDoomGuy's goal is to move the mod away from its nastier underpinnings. Is that goal achievable, given the violence at Doom's core, as well as some of hentai's more troublesome tropes? It's tough to say. HDoomGuy has been working on the idea of a sexy Doom mod since 2014. Even with all the ups and downs, he told me that making the mod has been "slow and often hard, but fun all the same". I'm guessing the pun was intended.