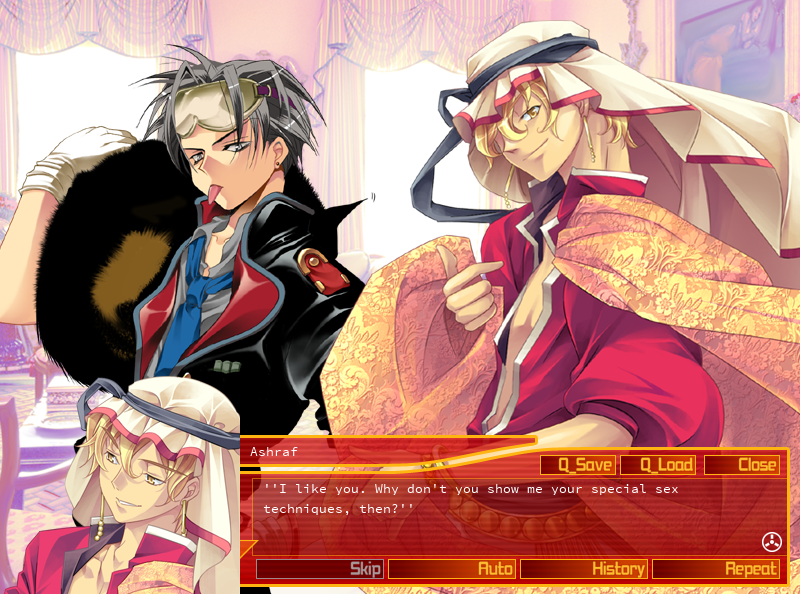 Absolute Obedience - Zettai Fukuju Meirei (2007) was one of the first commercial Japanese "boys' love" visual novels officially localised in English, making it a something of a relic nowadays. After it was released, there wouldn't be another licensed game from this niche genre brought over to the West for almost a decade, and some of its divisive themes and presentation give us a clue why.

Content Warning: Absolute Obedience has some uncomfortable sexual assault and rape scenes in it.

If you read older reviews of Absolute Obedience, reactions to the game were mixed at best. Fans of otome (dating sims geared towards women) mentioned that they couldn't disregard the sexual assault in Absolute Obedience. Whereas a more recent blurb about Absolute Obedience on a gay men's lifestyle website reflected that it "remains interesting to see these terrible people out-manoeuvre each other". Both are true.

Still, Absolute Obedience is not for everyone — or much of anyone, really. It is best seen as a piece of BL canon in the West, a game worth examining for its historical and academic significance. My friend, Mattie Brice, even uses the game in her university level Representation in Games class, often while paired with reading Foucault. 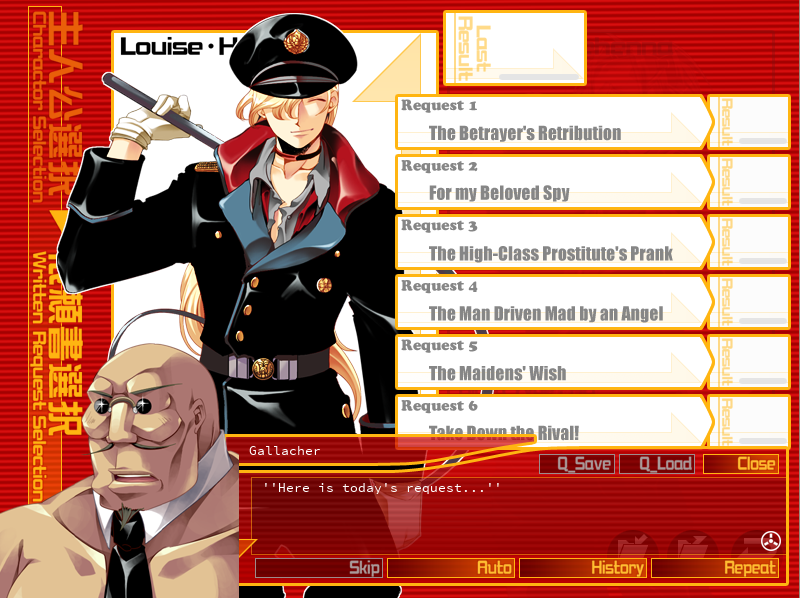 All of this sounds very serious, but the game can be goofy at times. An example: The opening scene of Absolute Obedience is just a shirtless, bespectacled, heavily-muscled man telling you that you're about to partake in the debauched and sexy adventures of two particular gentlemen. This character is the player's long-suffering butler, and he is sometimes dragged along into scandalous antics. 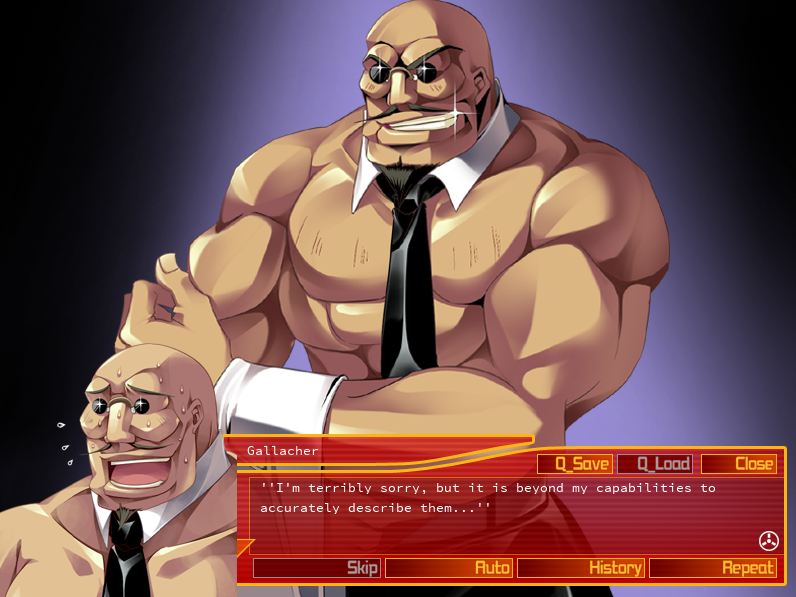 Playing Absolute Obedience requires you to alternate between two different protagonists. Louise is the wayward son of an influential aristocratic family, and he enjoys carrying a whip everywhere he goes. Kia is a foul-mouthed army orphan with a motorcycle and a shitty temperament. Both of them work at an inexplicable agency that exists for monied people looking to get someone else out of their way, sexually. Louise and Kia act as honey-pots-for-hire whose mission goals are to have sex with the client's specified target — by any means necessary.

Any means. Now we return to the aforementioned issues with this game being one of the first ever BL games translated to English. Rape, non-consensual situations and violent power dynamics are common occurrences in Absolute Obedience.

Kia and Louise become increasingly unlikable as you progress, because they use inhumane methods to complete their contracts. Scenarios that are initially pitched as cat-and-mouse stories devolve into the target being tied up, coerced or incapacitated in some way, then raped... only for the game to have cute scenes of pillow talk the next morning, as if nothing had happened the prior night.

Negotiations of boundaries do not happen. The lack of chemistry between the characters is ultimately disappointing and unsexy, and it's not like there's any mind-blowing character development to make up for the janky scene flow. 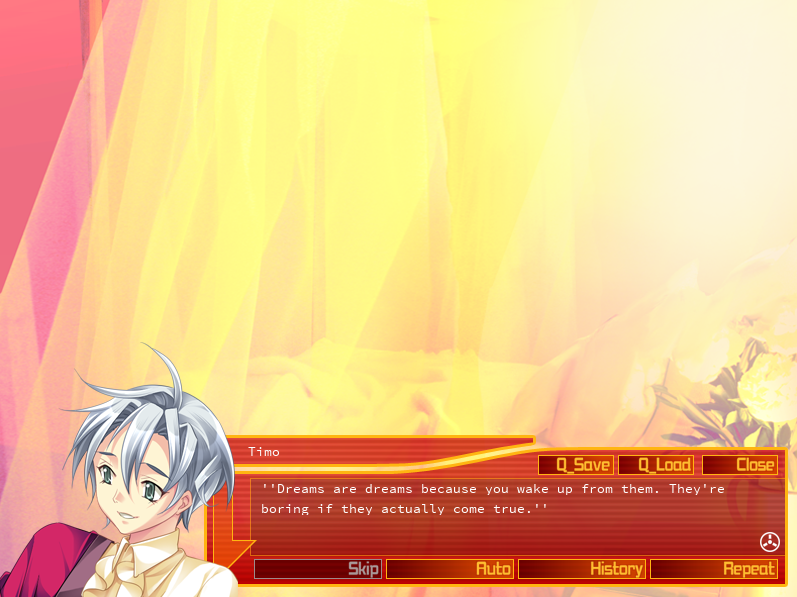 Bringing a game like Absolute Obedience to the West must have been a risk, and it didn't pay off. As there were no BL game follow-ups after Absolute Obedience's release, we are left to assume that it didn't do well enough, sales-wise, to pave the way for other games in the genre.

The result was that, for years, Western BL fans didn't really have many options to choose from. They could try learning Japanese to play more games, or they could rely on fan translation patches of shady legality (which is how DRAMAtical Murder got so popular). The most heartening result of this "boys' love" drought was that, instead of settling for games like Absolute Obedience, many have chosen to straight-up make games of their own, like Coming Out on Top. To wit, the creator of Coming Out has gone on the record saying that fans have praised the game for being "something different from existing yaoi games".

It's become a trend. Over the last few years, we've started to see more Western-developed "BL" games influenced by Japanese design, such as Coming Out on Top and Starfighter: Eclipse (disclosure: I helped QA test Starfighter), as well as other English Visual Novel (EVN) releases that branch from the original genre molds.

BL localisations, by comparison, are still rare. And yet, for all of Absolute Obedience's flaws, it still seems to have accidentally inspired the West to bring its own ideas to life. 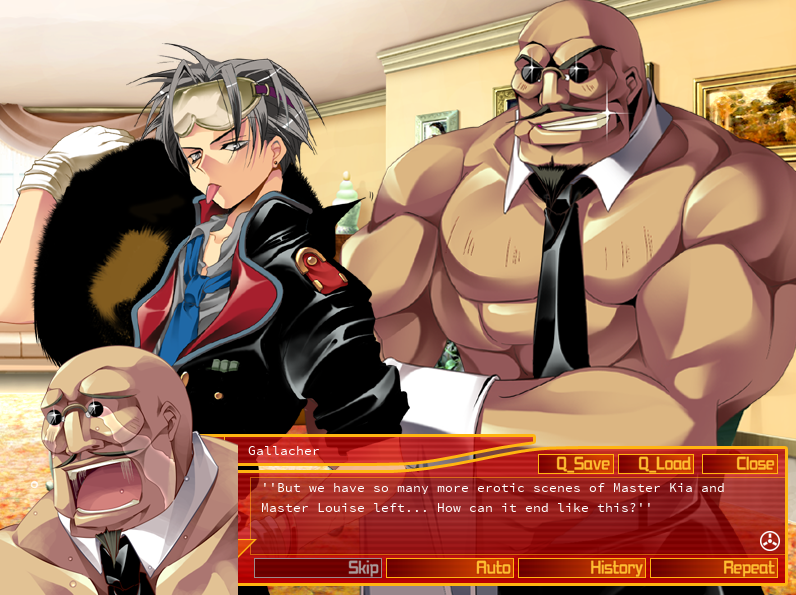