Company Of Heroes Was The Perfect RTS

Our list of the best strategy games on the PC contains only three RTS titles. And none of them are from the past decade. There’s a very good reason for this: the genre was perfected by Company of Heroes all the way back in 2006. 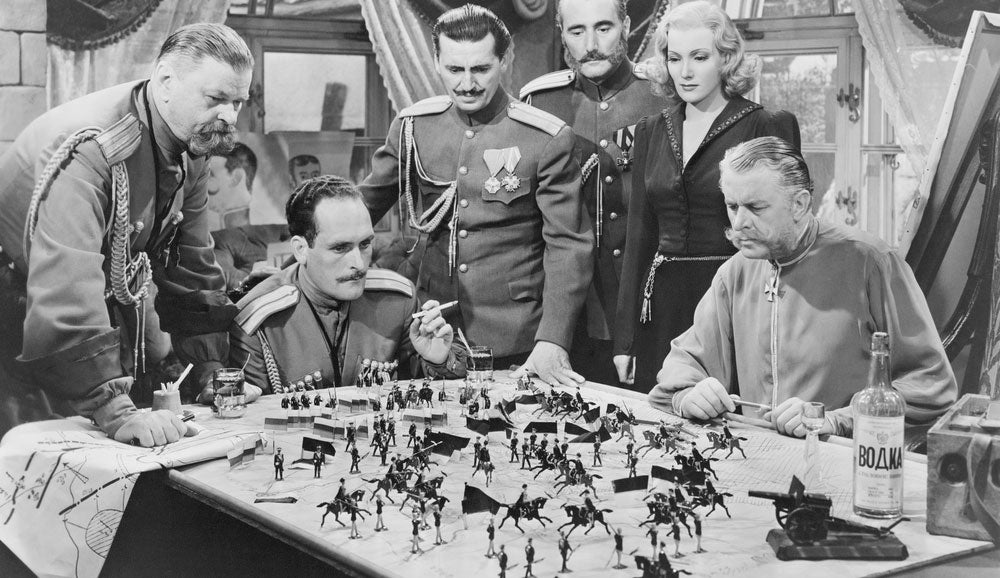 The popularity of certain types of games can wax and wane depending on all kinds of things. With flight sims, it was the decline of the joystick. Adventure games died on CD-ROM and were reborn on digital shopfronts. Other genres have come and gone thanks to shifting market tastes, or advances in technology.

For me, though, the RTS is different. It’s never gone away — you only have to look at StarCraft II or Deserts of Kharak to see good, recent examples — but for a long time it’s felt to me like a dead man walking, with developers seemingly unable (or unwilling) to make the kind of major, serious advances you see in other genres like first-person shooters (compare Call of Duty to Call of Duty 4) or even turn-based strategy (compare Civilisation III to Civilisation VI).

Which is fine! I appreciate that millions of people love RTS games for that consistency, that entrenched set of expectations, and the studios making good ones have made a lot of money doing so.

Me, though, I’d always wanted something more. RTS games have always presented themselves as these destructive little dioramas, miniature studies in simulation warfare. Whether it was Command & Conquer, Red Alert, Dune 2, WarCraft or Age of Empires, screenshots and trailers made it look like these games were about the art of commanding armies in the field like an officer, a sensation the actual gameplay — where you end up being more of a shepherd — rarely provided. One of the things I liked about 2016’s Offworld Trading Company was that, whether intentional or not, its existence as a real-time strategy game without combat was a sort of commentary on how tanks and spaceships and soldiers in most RTS games were just window dressing. The real warfare was going on in the crunching of numbers between two colliding forces. Whoever could build up the most optimal bunch of digits and throw it against the other would usually win, and it didn’t matter if they were battleships or, in Offworld Trading Company’s case, resource prices.

A successful strategy for a game like StarCraft or Command & Conquer is most important at the broadest possible level: how you gather resources, what units you build and in what order, how best to assemble them, when to commit to an assault. True to the genre’s name, these are indeed strategies.

But when it comes to simulating warfare, having a strategy is only half the battle. The other half — often the most defining — is in the employment of tactics (especially once your strategy goes pear-shaped), something which most RTS games absolutely fail to account for, or at least smudge over.

Except for Company of Heroes.

Video via We Play Games.

Relic’s 2006 classic didn’t care about how many crystals you dug out of the ground (it didn’t feature any resource gathering at all), or how many weapons you could build with them, because success in Company of Heroes wasn’t down to the size of your army, it was down to what you could do with it.

“Tactics mean doing what you can with what you have.” — Saul Alinsky

The fundamentals of Company of Heroes were its simulations of battlefield realities like cover and suppression. In most RTS games, if you send some infantry down a road up against a large heavy weapon, they’d run right at it taking damage, with little (if any) allowance made for the elevation of the gun or where its placed. Do it in Company of Heroes and your men will scatter, hit the dirt, take cover and/or see their morale broken, causing them to flee the battle and return to your base.

The same principles were extended to vehicles; tanks in Company of Heroes were not simply assigned a massive amount of HP then sent on their way to wreak havoc. Their use mirrored that in actual combat, with their frontal armour thick and strong, but their sides and rear extremely vulnerable, meaning it was vital to make sure you were using them in the right way or you’d lose them real quick.

Cover was another area in which Company of Heroes excelled. Relic had tested the idea out in 2004’s Dawn of War, but in Company of Heroes it was perfected, with every single movement of infantry units revealing not just places they could move and take cover, but how effective that cover would be. Run across a road and you could get torn apart, but take cover behind a brick wall and a squad of infantry could survive for an eternity.

Which shouldn’t surprise you! The TV series Band of Brothers was a massive inspiration on the development of the game, to the point where CoH’s opening campaign missions walk hand-in-hand with the first few episodes of the TV show. Even the name itself, “Company of Heroes”, is shared with the final line delivered in the series before the credits roll:

The inspiration is more than thematic. Band of Brothers was a show grounded in the intimacy of war. We were made to care about each soldier by following their adventures, both in and out of battle, and as we saw them in action we didn’t just see moments of individual bravery, but also a strong focus on showcasing the tactics and teamwork that went into a successful action.

And that’s exactly what Company of Heroes does. Its cover system makes each soldier precious, where in other RTS games they’re expendable cannon fodder. Its suppression systems give immense power to units deployed in the optimal fashion, and require complex, on-the-fly plans to get rid of them.

It makes combat feel alive, and fluid, and dare I say exciting, just like it should. Company of Heroes’ sound design deserves a special mention here, with the thundering boom of its artillery and the crack of its tank fire really helping get the point across that explosions are big, bad and very dangerous things for soldiers caught out in the open.

And while it was physically challenging to react to all of this, it was never in a “how fast can I click through this routine” kind of way, it was in a “oh shit oh shit I’m being attacked on two fronts which one deserves my attention” way. Again, just like it should, because it’s the kind of thing someone in command of a military unit in the field should be worrying about, rather than fretting over how much lumber they’re chopping down at any given moment.

Company of Heroes was so good at what it did that, even a decade on, it has yet to be beaten. Relic’s next game, Dawn of War II, kept some aspects of its cover system but moved in an RPG territory. Not even Company of Heroes 2, the game’s direct sequel released in 2013, could overcome it, let down as it was by a dreadful campaign.

It’s rare that we see a single game stand so tall amongst its peers so long after it was first released, but the fact Company of Heroes remains the pinnacle of real-time battlefield tactics in 2017 is testament to Relic’s 2006 classic, in both the thought that went into its design and the near-perfection with which it was implemented.