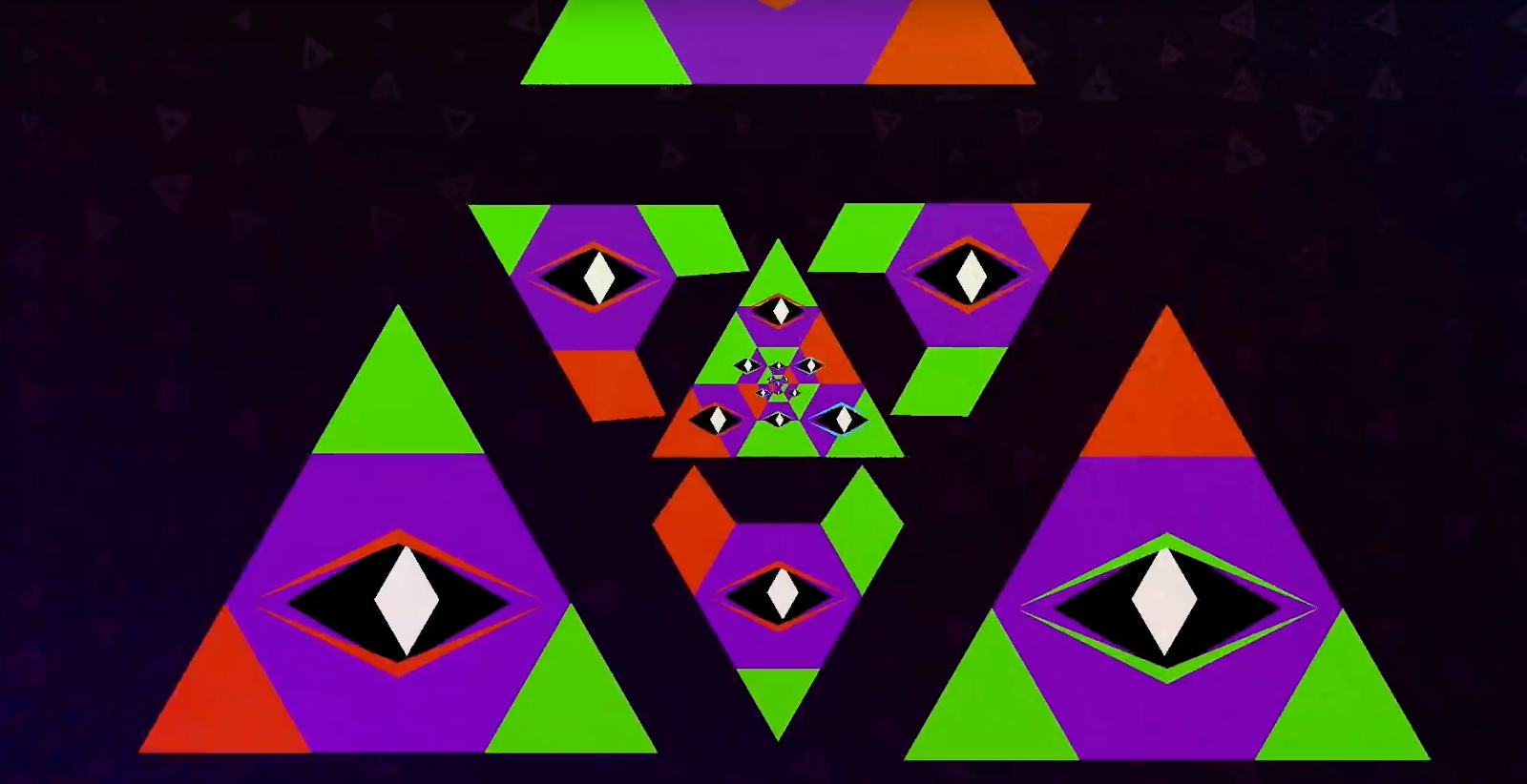 Yankai's Triangles is a mobile puzzle game from the developer of Circa Infinity, and it makes me feel like I'm in hell.

Right after the US presidential inauguration I was looking for new puzzle games to help me handle the outside stresses in my life. My friend Sam recommended a few, among them Yankai's Triangles. The gameplay is simple. You're shown triangles with coloured corners, and you tap to match them to each other and create a larger triangle. At first you join just four triangles together, and as the game progresses you'll create larger and larger triangles out of more and more smaller ones.

This kind of puzzle would feel at home from a company like Playdots. However Yankai's Triangles was developed by Kenny Sun, whose aesthetic is distinctly less cheerful. In particular, the sound design is oppressive. The ambient noise varies from a distant buzzing sound, to a crowd talking loudly but indistinctly, to what sounds like chattering teeth. When you've correctly match triangle edges they snap together with a loud "thunk". Even the colours are just a little off. On some stages they're desaturated and muddy, on others a sickly neon. It reminded me of playing Thumper — I was engrossed in a world that hated me in a vague but ever-present way.

While I'm unlikely to play this on the bus, train or any other public location where I may have a panic attack, I'm very impressed by the sheer force of Yankai's Traingles' vision. There might not be a huge market for puzzle games that make you feel like dying, but Kenny Sun has cornered it.