Trying To ‘Make It’ As A Twitch Streamer Almost Killed Me

Some days, I wake up and everything feels just ok. By the time I get down to my office, I have some water and take 12 of my 19 daily medications, check my blood sugar and check my email. My wife and two kids are upstairs, still sleeping. I don’t sleep so well anymore. Most other days, I get up and I can feel strange pains along my sternum. The pain is bearable, but sometimes I wonder, Is this it? Should I go to the ER?

(This story was originally published on Medium)

I started streaming on Twitch in Spring, 2013. It was an offshoot of my YouTube career. I hated working on YouTube vids for 8 hours, only to have people thumbs-down it and give no commentary on why they didn’t like it. Twitch was great. I could get real-time feedback when I sucked! I then decided to go full-time when I was offered a partnership.

It was a ton of fun, but I could tell the only real way to grow was to bust your arse. You needed to spend a minimum of eight hours a day, at least six days a week, to get anywhere. I was never recognised by Twitch, no matter how much hype was surrounding my stream. I had some fantastic days with 1,000-plus viewers and thousands in donations. The money and fame were coming in, but Twitch failed to even front page me (something Twitch streamers vie for). This only made me work harder. Maybe if I streamed longer, they would care? Who knows, maybe a fat, old guy was not the demographic they wanted to highlight. I did my best and my viewers enjoyed the energy I put into my stream. On I went for around 8 hours every day.

That was just the live portion of my day. Next, I was on the phone with companies like Steelseries, Lootcrate, G2A working out deals for sponsorship, constantly whoring myself out to try to make a business of this. I did well. I averaged middle-to-high 5 figures every year. 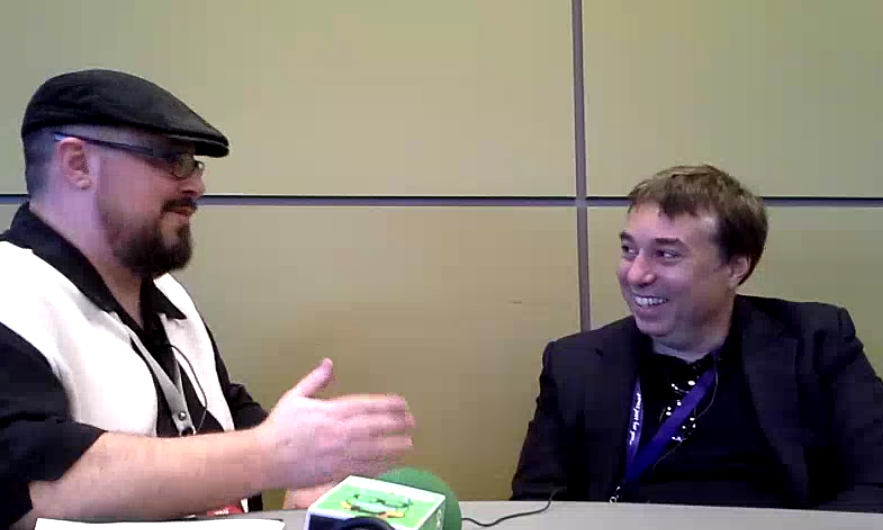 I was working harder in 2015 because I also had new software going live. 18-hour days were the norm. I could start to feel it getting to me psychologically and physically. It’s really hard to be “on” all day. People do not want to see someone grumpy or raging all the time when they visit your stream. You kind of feel like you must perform for them so they will want to stick around. This lead to me faking it most days. Your mind and body cannot keep that up for too long without consequences.

On the treadmill in Winter of 2015, I was having a hard time walking more than two — three minutes. I am ex-military, so I used to be in really great shape until my thyroid was cooked by the nuclear ship I served on via radiation leak. This made me fat, but really never affected my health in any serious way. I decided to try to work it out and ignore the shortness of breath and burning in my limbs when I worked. 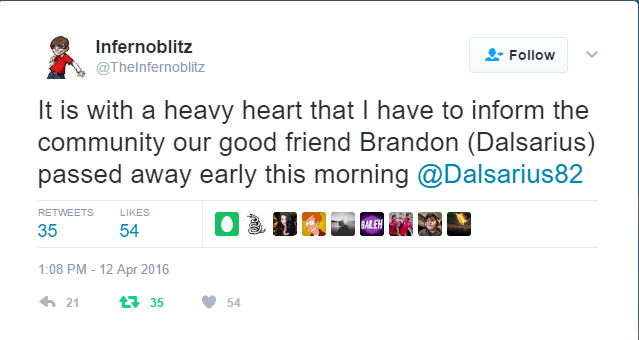 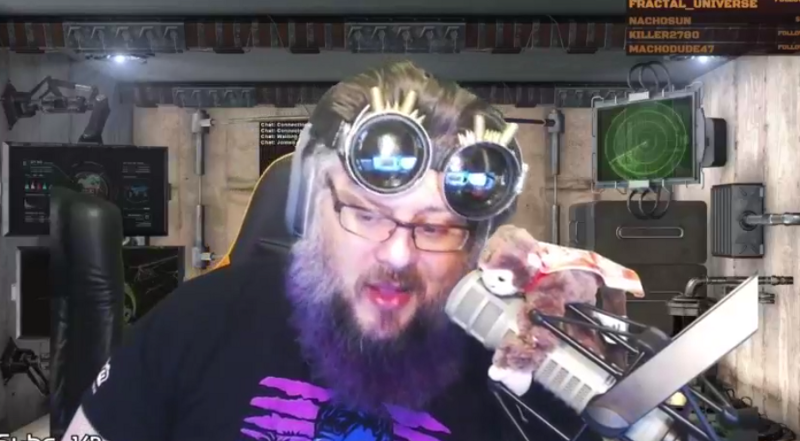 Dalsarius82 was found dead on the floor by his wife. He was a streamer who always raided me when I started in the early morning. This hit home for me. He was in his 30s. I was in my 40s. I put it off a few days, and then when things did not get any better, I decided to go see my doctor. They prepped me for a heart work-up. I was given a few tests. I failed.

Within two days, I was in the hospital getting an angiogram. I had 100% blockage in an anterior artery surrounding my heart. I also had 75% blockage at the major three-way junction affectionately called “The Widowmaker.” These three blocked arteries would need to be bypassed before I had a drop-dead event like the one that took out Dalsarius82.

Reality hit home. I was in for something I did not want, something that was going to be hard and quite literally something I could possibly die from. I said goodbye to my wife, and my children as they wheeled me into the operating room. I took a deep breath from the oxygen mask as the room got dark, maybe for the last time. Six hours later, I woke up. Tube in my throat. Pacemaker leads going up from middle of my stomach attaching to my heart. There was a catheter tube putting fluids directly into my heart. Another catheter so I could pee in a bag.

How did I get here? What happened? Could this happen to you? 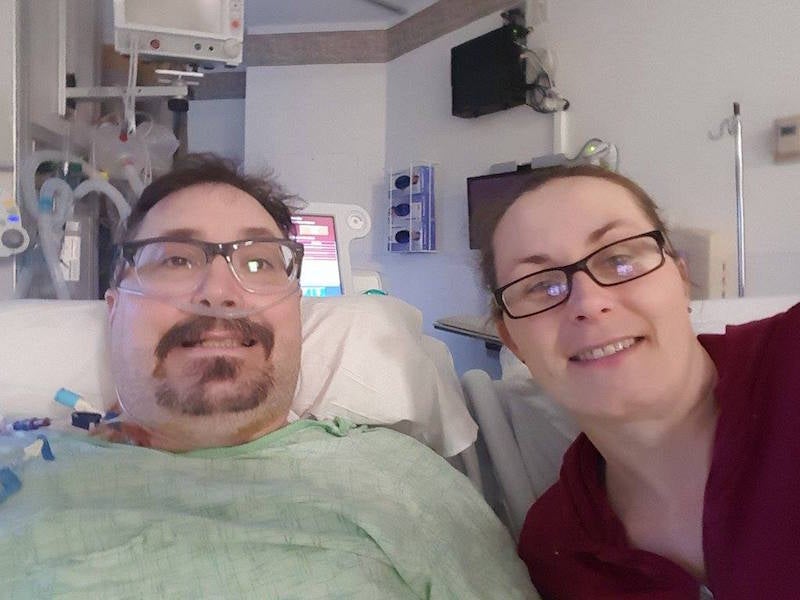 Joe Marino pre-op
I got here because I was trying so hard to make it on Twitch. It is a literal grind. For you to succeed, you need to spend most of your time streaming. Streaming is hard. You have to sit there and not move. Say you busted your arse all day to get 400-500 viewers and you need to go pee. What happens is people don’t have long attention spans, so when you get up, you will 100% lose a portion of your audience. Sometimes, it can rebound but other times, no. Why is that so important? Well, Twitch ranks you on a game’s page by the number of viewers you have. So, if you are on the top row of streams for a popular game, say Conan Exiles, you have a good chance to bring in more new viewers to your channel. If you fall down to the lower rows, it is very unlikely you will get new viewers in.

Why is this important? It is because viewers = money. Whether it is through donations, subs or sponsorship deals (Believe me — sponsors watch your numbers like a hawk), you need to keep your numbers up. This adds to the stress. Ever hear of a streamer freaking out on their viewers? It is very real. Maybe you think, Oh, they are just playing games, why be stressed? 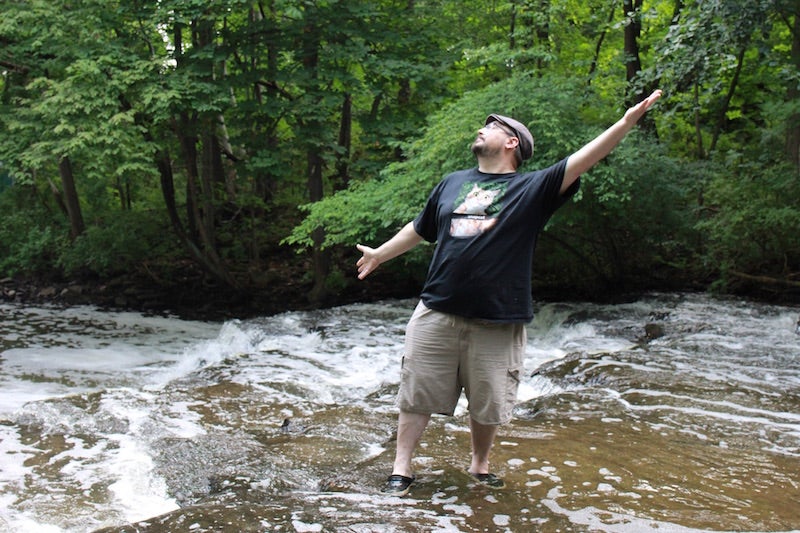 Most streamers want to be entertaining. That means either putting on an act, yelling, acting crazy, being goofy or even just trying to interact with your viewers. All of that means you are “on” for the duration of the stream. Not everyone can do it. It is why some streamers rise to the top while others never get more than a few viewers, ever. Doesn’t mean they do not try but really, it is an art, plus a hell of a lot of luck.

This is where the obsession with Twitch came in for me. I was busting my arse on my own. Doing everything I could, making the money getting the deals but Twitch never noticed me. I went to PAX East in 2013 a fresh partner and they refused to let me in the partner booth. Fine… I was new. Next year in 2014 I was doing great. Average 500-1000 viewers per stream, sent in the note I was attending PAX East again and when I tried to go to the booth they wouldn’t let me in.

Later back at home I asked several times to get front page so I could move up to next level. Most of the time my requests were for the charity drives I was doing or maybe a streamaversary. Nothing. It was as if I was killing myself for someone who didn’t appreciate me. I was.

I decided to write this today after I heard that another streamer has died after doing 24 hour streams. This guy had a wife and 3 kids.

Do it for fun if you like, but never succumb to the pressure to become the next Lirik or Cohh. Twitch is not the problem. It is the industry. It is extremely hard to move ahead. Like a musician or artist, it takes planning, preparation and some fixed luck. What is fixed luck? You cannot win the lottery if you do not play. You can’t become a famous online entertainer if you do not put the work in. 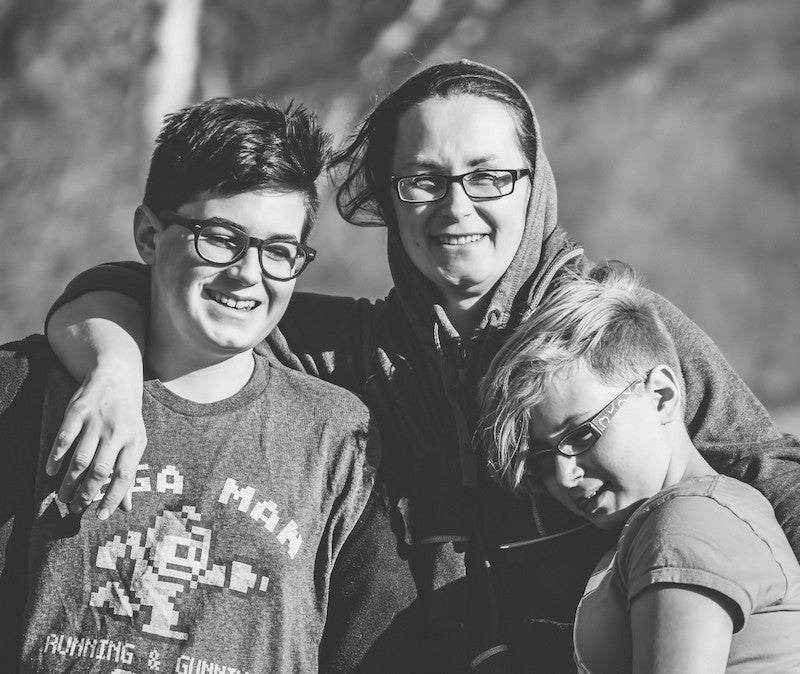 The takeaway here is: Balance. Find that balance. Get up, move around, do something other than sit. Standing desks help, but it wont fix it. You have to move. This is me now:

Joe Marino (aka Geekdomo) became an online entertainer after being inspired by Day9 and Total Biscuit. He was a full time streamer on Twitch TV from 2013-2016. He now spends time with his wife and kids. He has started his own photography business rekindling a love from his youth. You can catch his stream Wednesday and Saturday mornings 5am Eastern to about 10am Eastern.