What We Can Learn Skipping Through An Adult Visual Novel 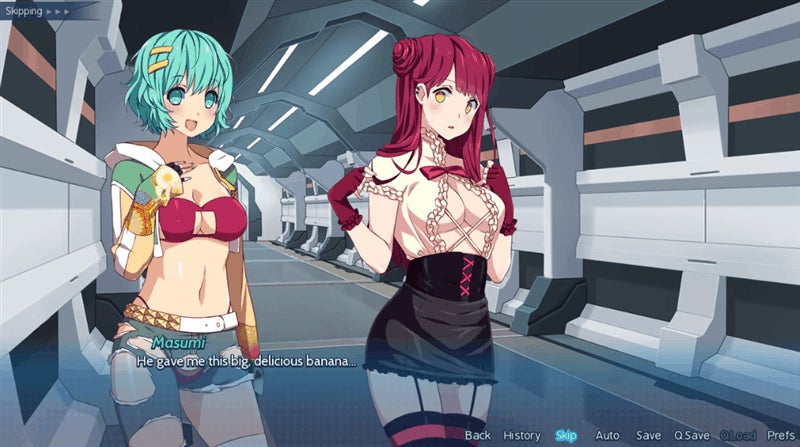 With so many adult-themed visual novels showing up on Steam these days, it's hard to tell what's good and what's fluff. Luckily there's the skip button, condensing a game like the recently-released Sakura Agent to just over a minute and a half.

Sakura Agent is the 12th Sakura game released on Steam from developer Winged Cloud since 2014, so it's understandable that a newcomer might be confused as to what to expect. Here's the description for this one:

Akira is an agent for a secretive organisation who protects the world from threats simply known as incursions. Strange creatures from another dimension are invading his world, wreaking havoc wherever they go. With his assistant and a freshly assigned rookie to back him up, can Akira overcome a threat which may end civilisation itself?

Sounds pretty exciting! I cannot wait to see this agent fighting strange creatures from another dimension! I bet it's scary and dramatic. Let's watch. Don't worry, it's nothing too NSFW, just some suggestive scenes and some near nudity.

I think the creatures show up around the :50 mark, or at least their tentacles do. The rest is just the agent, whom we never see, chatting with the two women, who are almost all we ever see. We get a couple of choices, which don't seem to affect much, and a quick round of strip poker. Not at all what I was expecting.

If Steam is going to keep releasing obscure, slightly-porn visual novels, perhaps they need to institute a fast-forward rule. Hit the skip button, clip out any important plot points (if they exist), and give players a better idea of what to expect than this nonsense trailer.