How To Play Virtual Reality Games Without Throwing Up 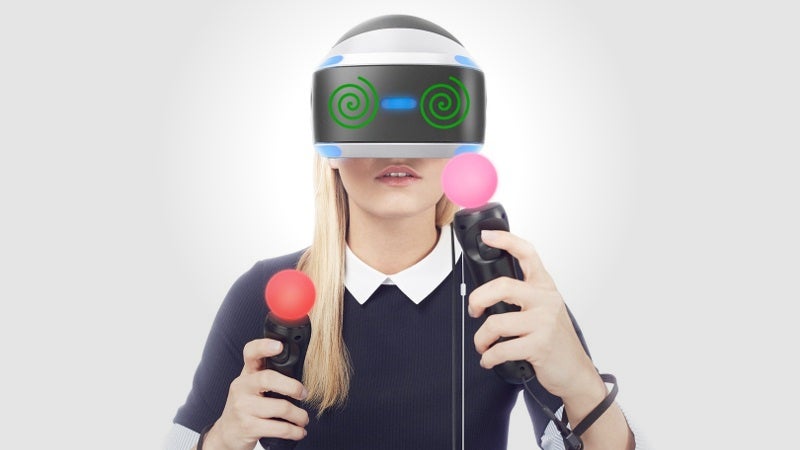 Virtual reality is the next big thing in gaming, but wearing the headsets causes motion sickness for some. Even I've experienced a little motion sickness while playing despite the fact I never struggled with it in the past (no vomiting yet). If you're worried about hurling, there are a few things you can do to make the experience more pleasant.

Without going too deep into the science of it all — you can read more on that here — the cause of most types of motion sickness is sensory mismatching. Basically, your body thinks it's sitting still because you're not flexing muscles or showing other signs of motion, but your eyes and vestibular system are saying something different. If you've ever experienced a queasy feeling when trying to read in a moving car, you have an idea of what VR motion sickness is like.

The mixed signals can cause headaches or induce hot flashes and sweating, but researchers still aren't completely sure why the body responds this way. Some of the more plausible theories out there suggest that the body mistakes the confusion as a warning you've ingested something toxic (like when you get "the spins" after having a few too many cocktails). So, to be safe, your body makes you hurl. This physical reaction is also more prevalent in women for reasons that are still unknown (nearly four times as likely than it is for men). So ladies, take extra care when gearing up to try VR for the first time.

Take Plenty of Breaks, Sit Down, and Keep Your Head Still

If you read the manual for any VR headset they all greatly encourage taking regular breaks as you play. In fact, most games share a disclaimer when you start playing, or have warning messages on loading screens. These are not the same as Nintendo's suggestive "Hey, why don't you take a break?" messages, and should be taken more seriously, especially if you know you're prone to motion sickness. You can use a timer to plan out breaks or just remove the headset every time you reach an in-game checkpoint or save point. Shoot for taking a break for 15 minutes for every hour at least.

It's also a good idea to sit down and move your head as little as possible while playing. Sitting down helps you feel more grounded and can reduce dizziness or falling. And as much as you may want to use the natural motion of your head to look around at all the cool virtual sights, it can be a quick ticket to puke city. Ease into things and try to keep your head still while you get used to your new virtual environment.

If you start to feel sick, stop playing immediately! When motion sickness kicks in, you can't push onward and tough it out. Once your body has decided something's wrong, it's break time. Don't try again until you feel 100 per cent.

If you you're like me, when a game starts to bug out you just keep playing hoping it will somehow fix itself. That's a really bad idea with VR games. Research by the Oculus Rift development team suggests low framerates and other performance issues can induce motion sickness much faster. If your game starts to freeze, glitch or have any other technical issues, stop playing and fix them. Back out of the game and reload a save file, close the application and restart it, or whatever else you need to do to get it all working perfectly again.

Motion sickness is tied to your nervous system, so there are things you can do to prevent it from going haywire. All you need is a quick lesson in acupressure. There's a pressure point on your inner arm, known as the Pericardium 6 (P-6) or Neiguan, that can be used to relieve nausea and vomiting. Before you cry "Fooey!" and spit in a can, this technique has been shown to be fairly effective, and is often taught to cancer patients going through chemotherapy. Here's how to do it:

If you find this trick helps but you have to do it constantly, consider acquiring something that presses on the P-6 point for you. Sea-Bands, for example, are wristbands that massage that pressure point for you. You can strap them on your wrists, put on your headset, and play without having to stop too often.

Watch What You Eat Beforehand

Foregoing meals entirely won't stop motion sickness from happening — in fact, it might make it worse — but avoiding troublesome foods can at least decrease the chances of a spew-a-thon. If you know you'll be VR gaming later on, try not to fill up on spicy, greasy or fatty meals. It's also a good idea to stick with lighter, more frequent meals, as opposed to overeating during one big feast. And make sure you also drink plenty of water to keep yourself hydrated and your digestive system operating at its best.

While you game, consider chewing gum, sucking on hard lollies, or whipping up a batch of ginger tea to fend off stomach problems. Ginger is known to soothe indigestion and reduce nausea. If you don't want tea, consider a ginger supplement instead, or even a ginger ale. Some people have even found success drinking alcohol before donning a VR headset, but proceed with caution. It probably won't work for everyone, and if you try it, I at least recommend going with a ginger-forward libation like a Moscow Mule. 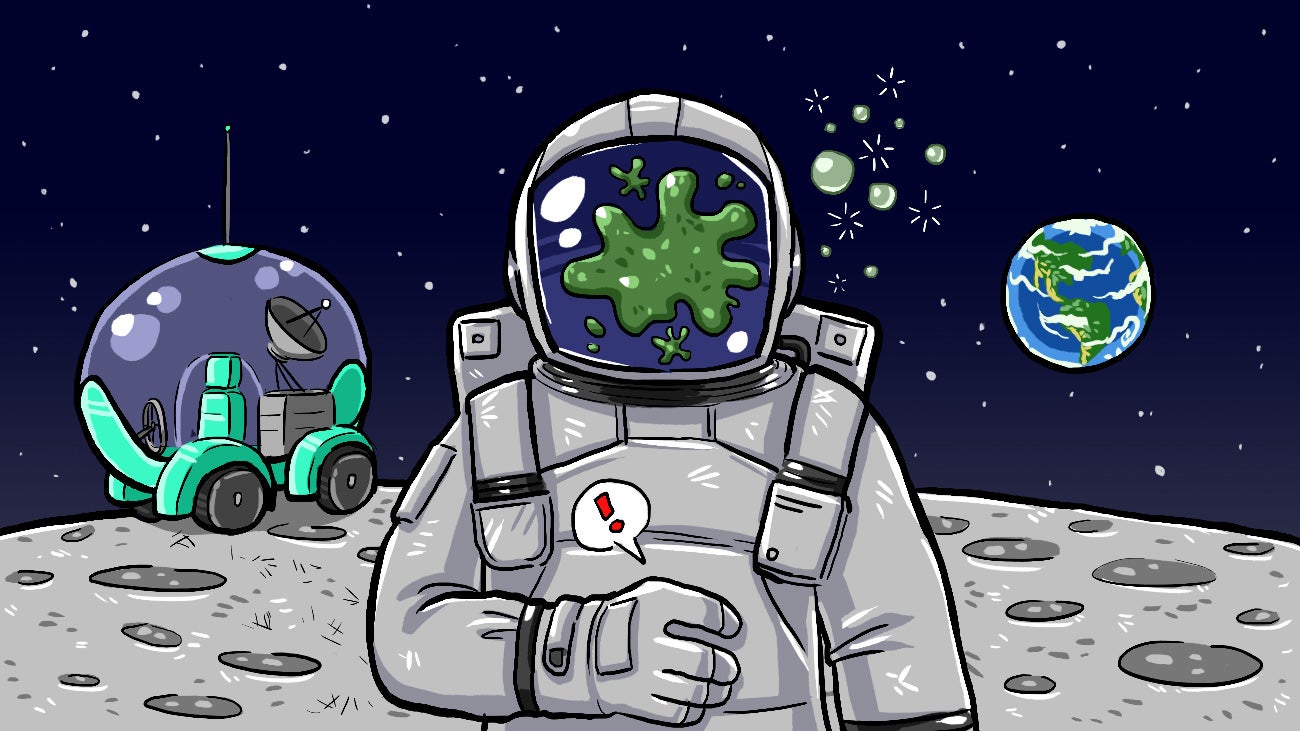 How To End Motion Sickness Before It Starts

On our first family road trip, I was excited to play navigator. I'd look down at the map, look up to see where we were, back down at the map, then up again. I was doing a decent enough job until about five minutes in, when my upper lip began to sweat. My head and guts were swimming. I'll spare you the details of how this story ends, but it's not pretty.

The hot flashes that come along with the other symptoms of motion sickness are more than just annoying. They can exacerbate your feelings of nausea and increase the odds the spinning wheel in your brain will land on "vomit everywhere". A little cold air will do the trick. The cold air on your skin will cool you down and get your mind to focus on that instead. Place a fan right in front of your gaming chair, crank up the AC, or better yet, open a few windows to get a cross-breeze going with some fresh air.

We do a lot more travelling than normal during the holidays, and sometimes motion sickness can catch us by surprise. If you find yourself feeling queasy with no meds nearby, focusing on the horizon isn't your only chance for relief.

Make sure your setup isn't what's making you feel ill. It's important you calibrate your VR headset per the instructions provided by the maker. Do not assume you can skip that step! If your headset allows you to adjust field of view (FOV), either in-game or through other settings, turn it down as much as you can. Cale Hunt at VR Heads suggests a low FOV is less likely to cause motion sickness, though it will take away from some of the realism of VR. Still, playing is better than barfing.

If your game allows it, changing the way your character moves can help a great deal too. In my experience with Resident Evil 7 VR, for example, I had to adjust the character's movement speed to line up with my head motion speed. Once I fixed that, playing the game felt natural and I didn't have any other issues. And some games let you completely change how you move. You may be able to teleport around instead of walking, or do a complete 180-degree turn at the press of a button. If those options are there, use them until you're more used to VR.

There are a few tricks you can do while you're playing too. When moving around, or turning in circles, lock your eyes to one point and focus on it as you move. It's a classic trick dancers have used for ages to keep from getting dizzy. When you go into a cutscene, or the game takes over control, close your eyes. Your body is already confused and moments like that only add to the confusion. Closing your eyes in general can be useful if you need to take a quick mini-break. At the very least, close your eyes during loading screens to give your brain some breathing room.

When it comes to VR gaming and motion sickness, there's bad news and good news. The bad news is you might not be able to enjoy it at first — like, at all. The good news is you will probably get used it if you're willing to invest the time and effort. Studies have shown that people who spend more time in virtual environments manage to eventually overcome their motion sickness. Over time, your brain learns how to properly interpret what you're seeing and experiencing, and your body gets better at handling the discomfort associated with VR motion.

That said, acclimatizing to VR will be uncomfortable, and there's no knowing how long it could take. Start a VR gaming session using these tips and play until you start to feel sick, then stop. When you feel better again, give it another shot. And if you can help it, do these sessions when you aren't too tired and more likely to give in to the vomit gods. Continue this VR training process until your brain realises what you're doing isn't actually harmful and stops sending those mixed signals for good.