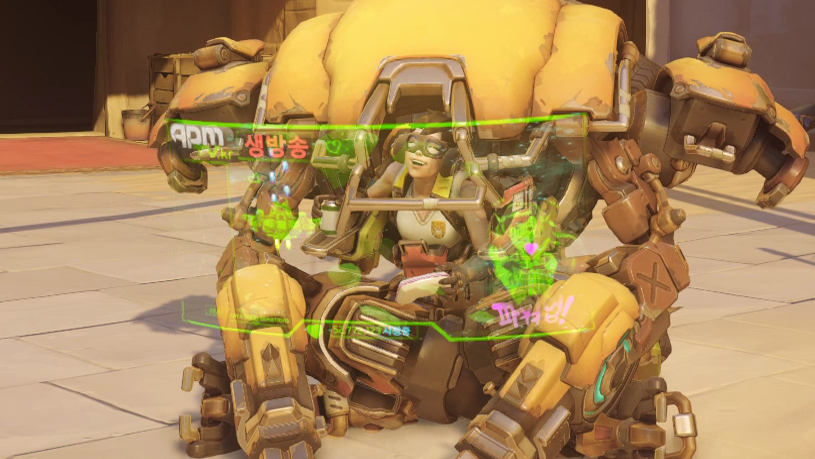 Overwatch's new custom game browser has given rise to everything from tense "predator" games of cat and mouse to sex role-play rooms. Good times all around, in other words. Other players, however, have taken to abusing the feature.

If you take a look around Overwatch's custom game lobby, you'll almost assuredly come across at least a handful of XP farming servers. Basically, these modes allow people to do nothing for the duration of a skirmish match and gain easy XP. All you have to do is select a hero every once in a while.

I decided to search the term "farm" in Overwatch's custom game browser, and I found pages upon pages of the dang things. 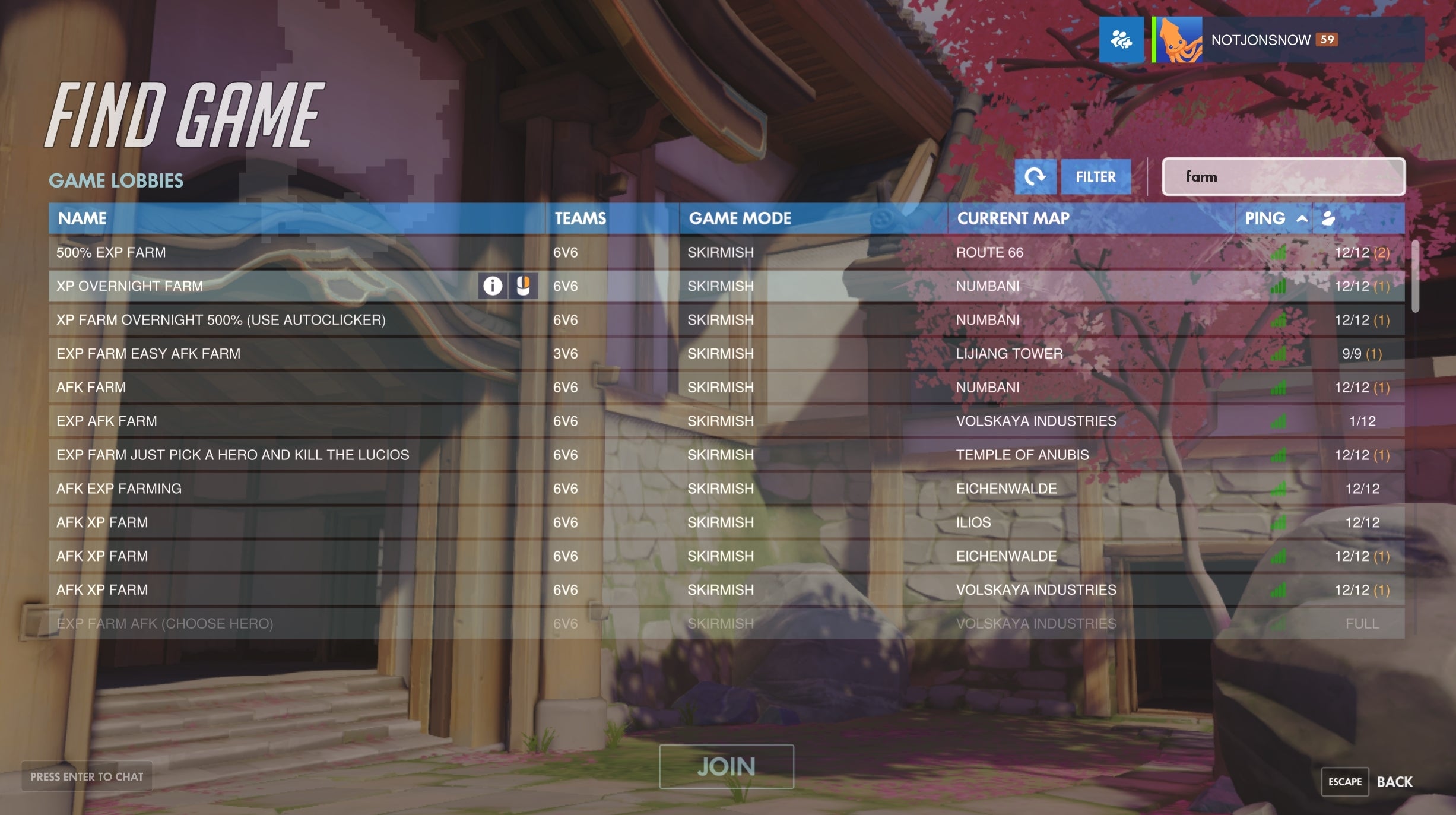 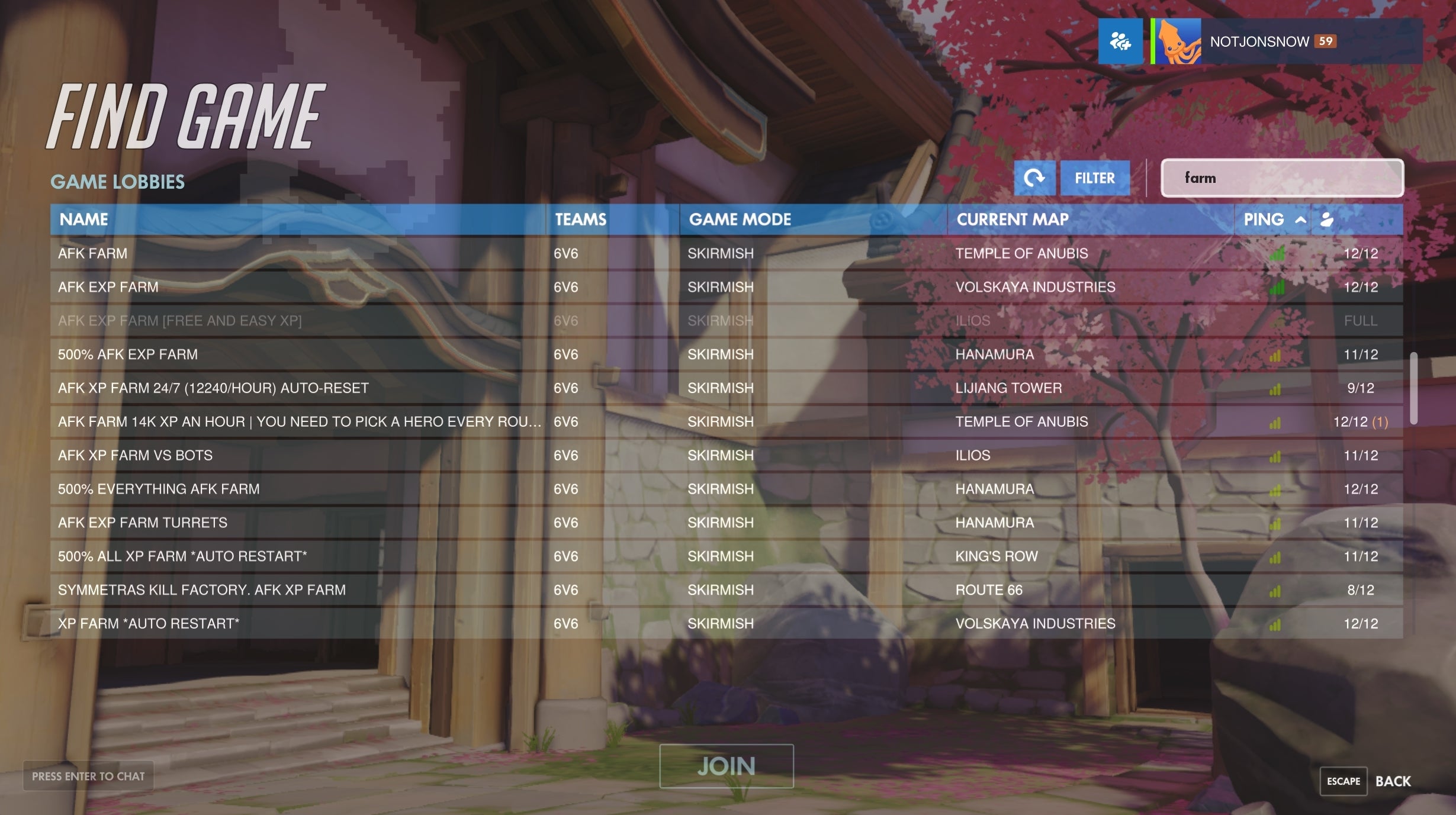 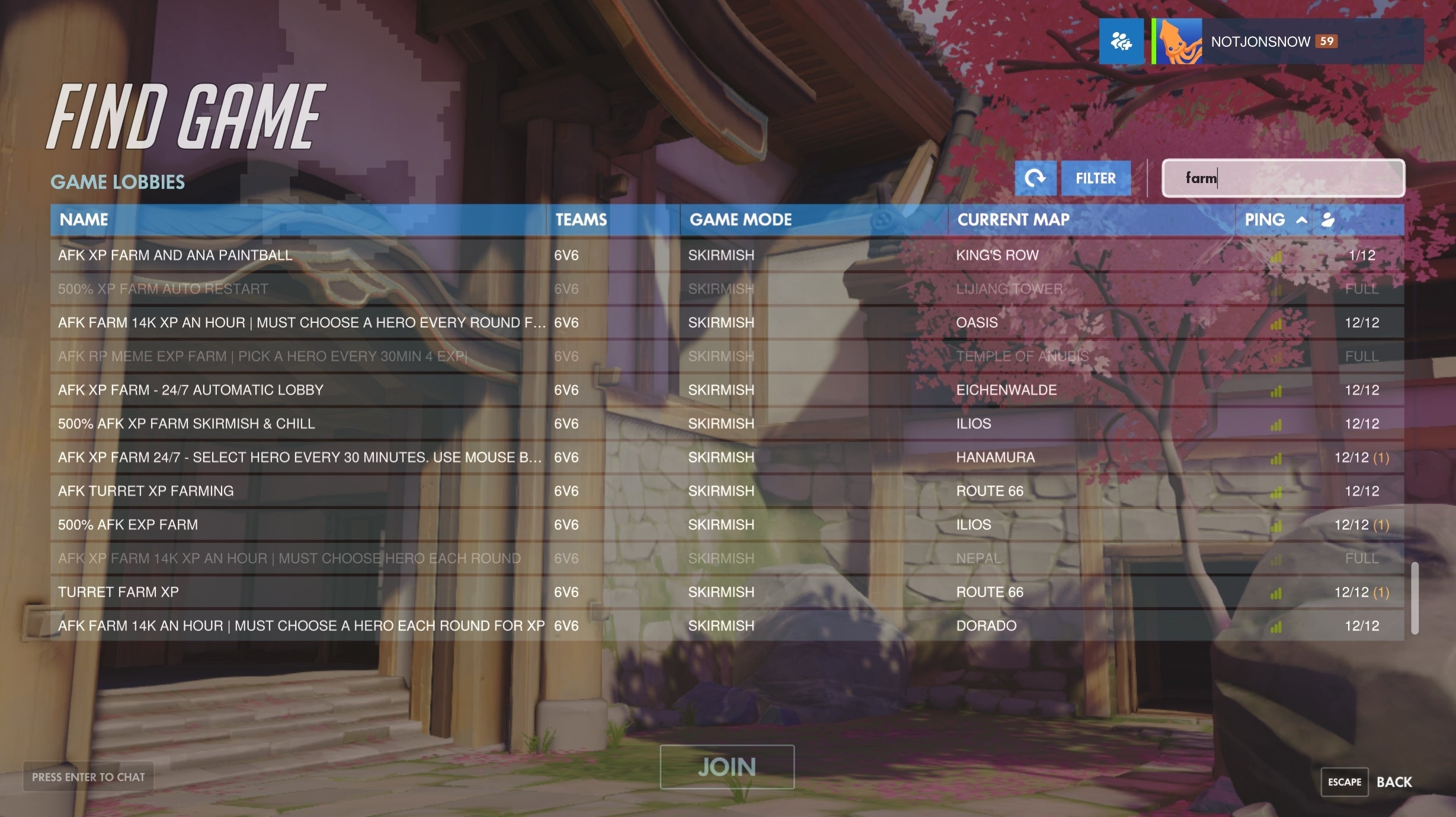 It's not surprising that these modes are popular. Overwatch rewards you with a loot box every time you level up, after all. I sincerely doubt, however, that Blizzard intended for people to use custom games this way, given that they have jam-packed Overwatch with other means of unlocking loot boxes — all of which involve, you know, actually playing the game. On top of that, some of these modes encourage players to use illegal tools like auto-clickers.

It will be interesting to see how Blizzard handles this. The obvious solution would be to remove XP from custom games altogether, but I imagine that would pretty seriously detract from the number of people playing and creating new modes. My guess? Prepare for banhammer deployment in 5... 4... 3...