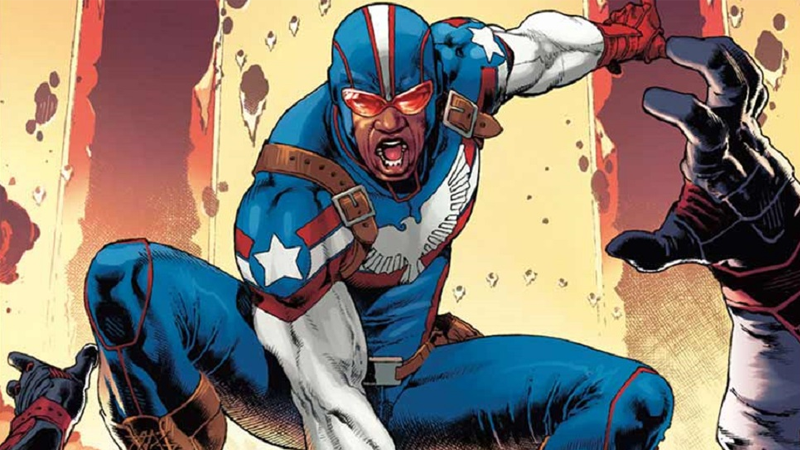 Steve Roger's Hydra reveal is going to bring out all sorts of old and new heroes to fight against his attempt to rule the world — and one of the new ones is going to be the latest incarnation of one of Marvel's oldest heroes. But could another familiar face be behind the mask?

The new Patriot look graces the cover for issue two of Secret Empire: Brave New World, a new series by Paul Allor and Brian Level revealed over at Nerdist today. Brave New World will act as an ancillary series for the Secret Empire event, and essentially be a series to explore the wider Marvel Universe's reaction to the fact that one of its oldest, most beloved heroes — a legend — has betrayed them. It's a reaction keenly felt across the world and the superhero community, pulling together everyone from big hitters like Carol Danvers and Sam Wilson, to members of the Invaders (the superteam that fought alongside Steve in World War II), and even a new version of the Patriot. 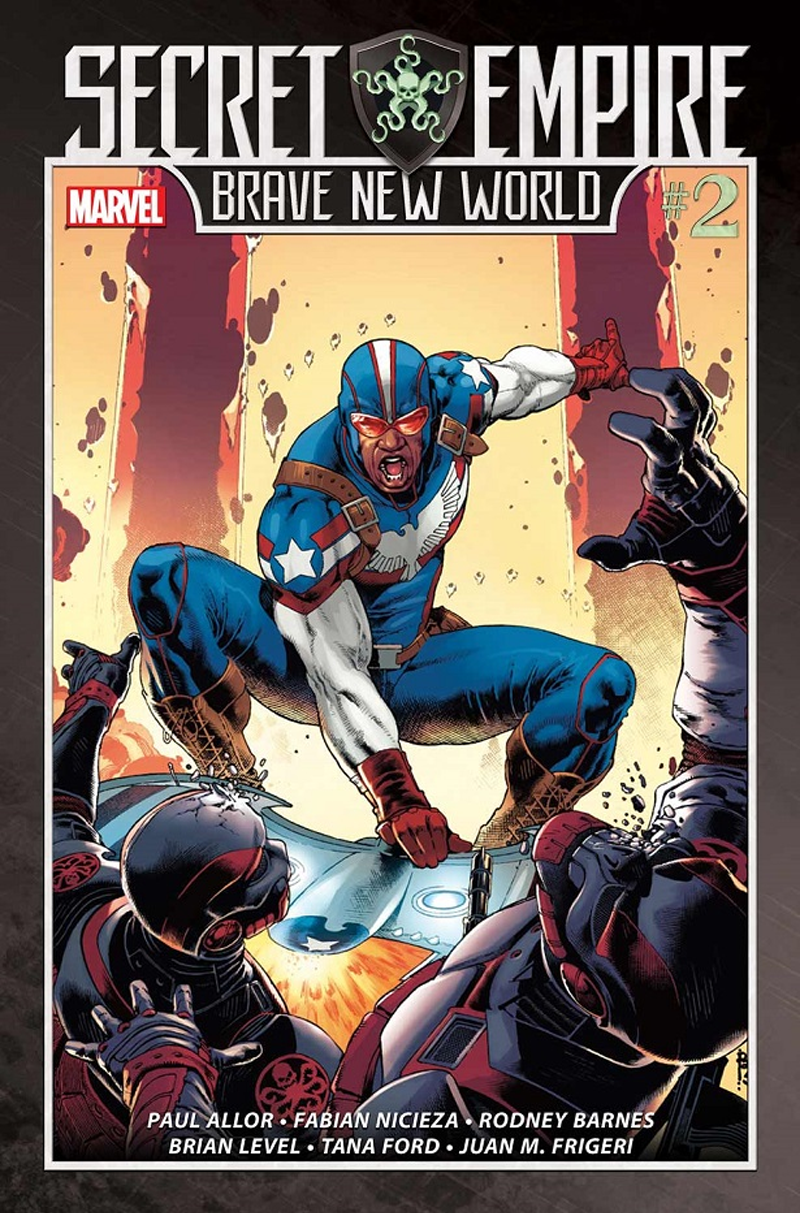 There have been several incarnations of the Patriot over the years — originally it was Jeffery Mace, who is currently part of Agents of SHIELD on TV. But there was also a second Patriot, introduced in the Young Avengers comics: Eli Bradley, the grandson of one-time Captain America Isaiah Bradley. Still, it seems like the "All-New Patriot" will be someone who's yet to be revealed.

Pretty sweet bird-glider thing they have going on, whoever it is. It's almost Falcon-esque. Considering we've seen covers for Secret Empire where Sam Wilson is out of his Captain America gear, could it be possible that he relinquishes the Cap mantle after Steve tarnishes the name with his revelation, turning to another identity? The bird motif and the glasses could be a hint, but we'll have to wait for Brave New World to release in June to see the real identity of this hero.