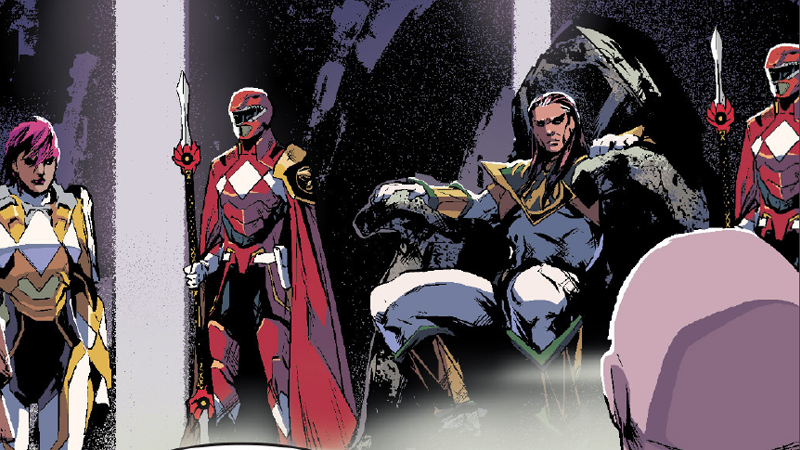 I mean, if you’re gonna try and murder your former allies and steal their powers, you might as well update their looks, right?

Today’s Power Rangers #15 continues the ongoing saga of the alternate world that Lord Drakkon — AKA evil Tommy Oliver, who stayed by Rita’s side after her mind control was broken — rules with an iron fist. In previous issues, we’ve seen members of his “Sentries”, soldiers who wear souped-up, futuristic, armoured versions of the Black Ranger’s costume: 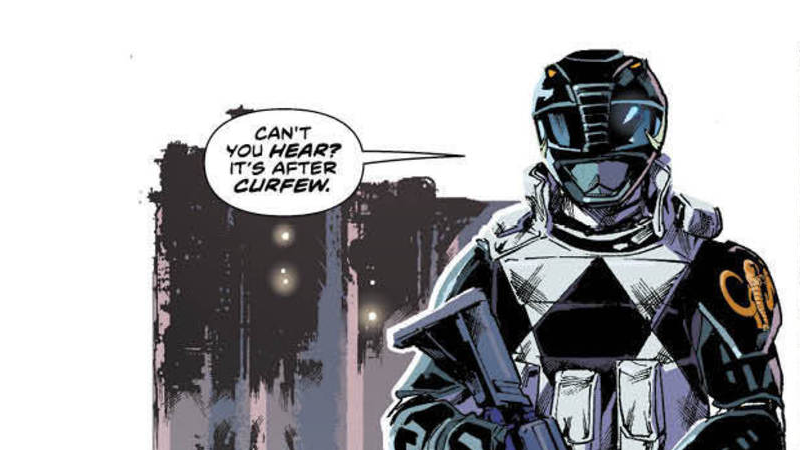 But this issue briefly introduces us to the rest, confirming that on top of appropriating the fallen rangers’ looks, they also have their powers — powers that can be taken at will by Drakkon and planted into others. 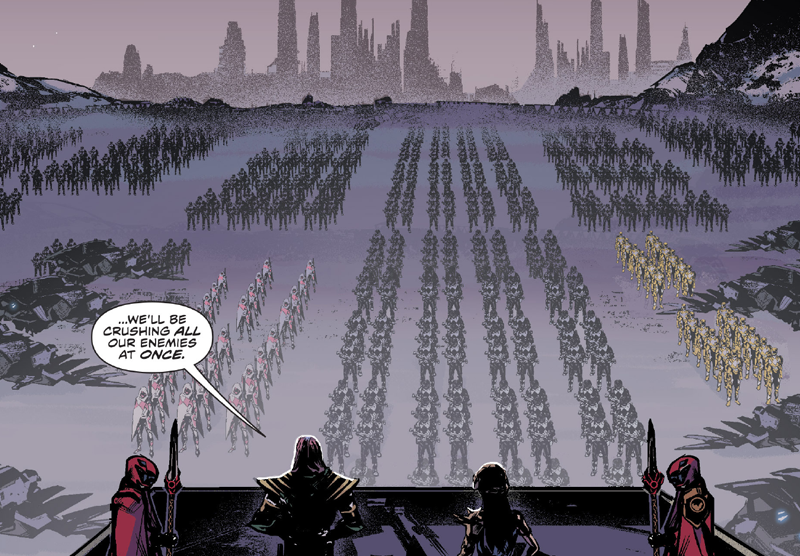 Sadly the issue doesn’t give us that great a look at the designs, but thankfully Comicbook.com revealed Jamal Campbell’s concept art for the Yellow, Pink and Red Ranger Sentries. There’s no Blue Ranger yet, for story reasons revealed in today’s issue, which also sees Billy confront what happened to his alternate-universe self when Tommy turned bad. 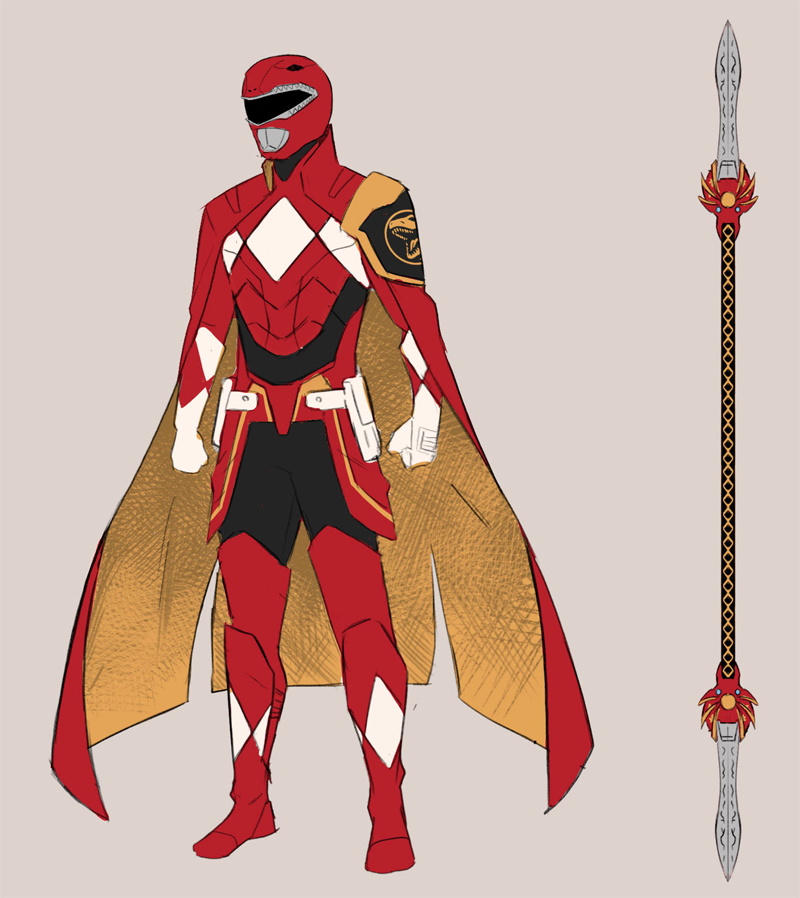 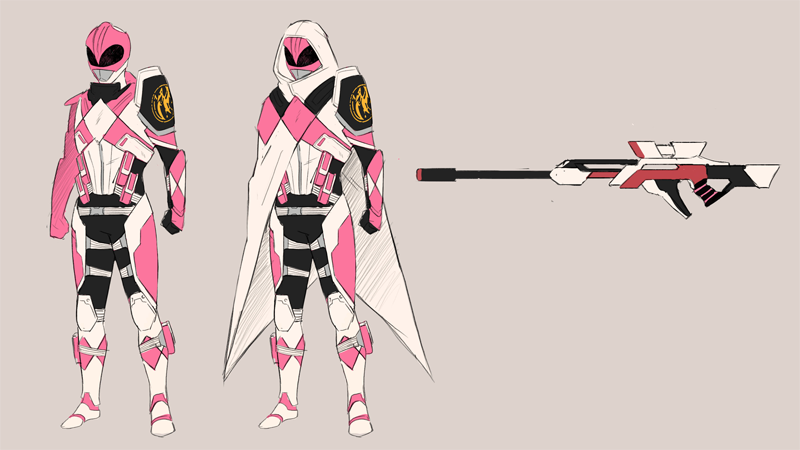 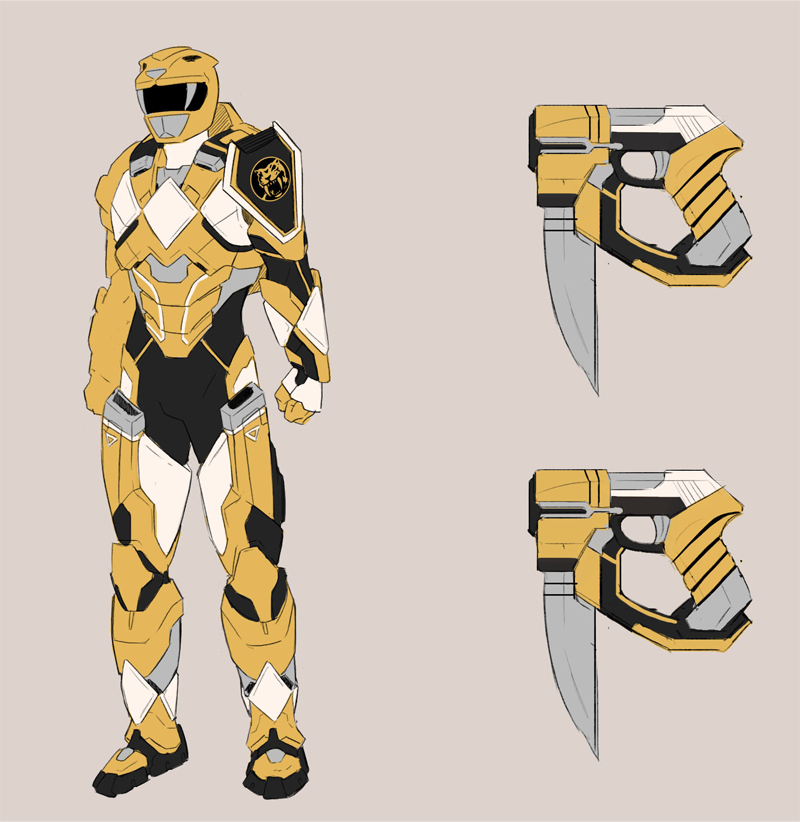 It must be said, these are some really great designs. Recognisably Power Ranger-y, but at the same time, they’re a cool mix between sci-fi and fantasy that makes them look like a cross between Power Rangers and the heroes of Destiny. Maybe if you lost the capes, these would have been credibly modern-yet-faithful designs for a Power Rangers movie, instead of the distinctly alien suits we’re getting.