Zelda: Breath Of The Wild Players Are Tricking Amiibos To Grind For Rare Loot 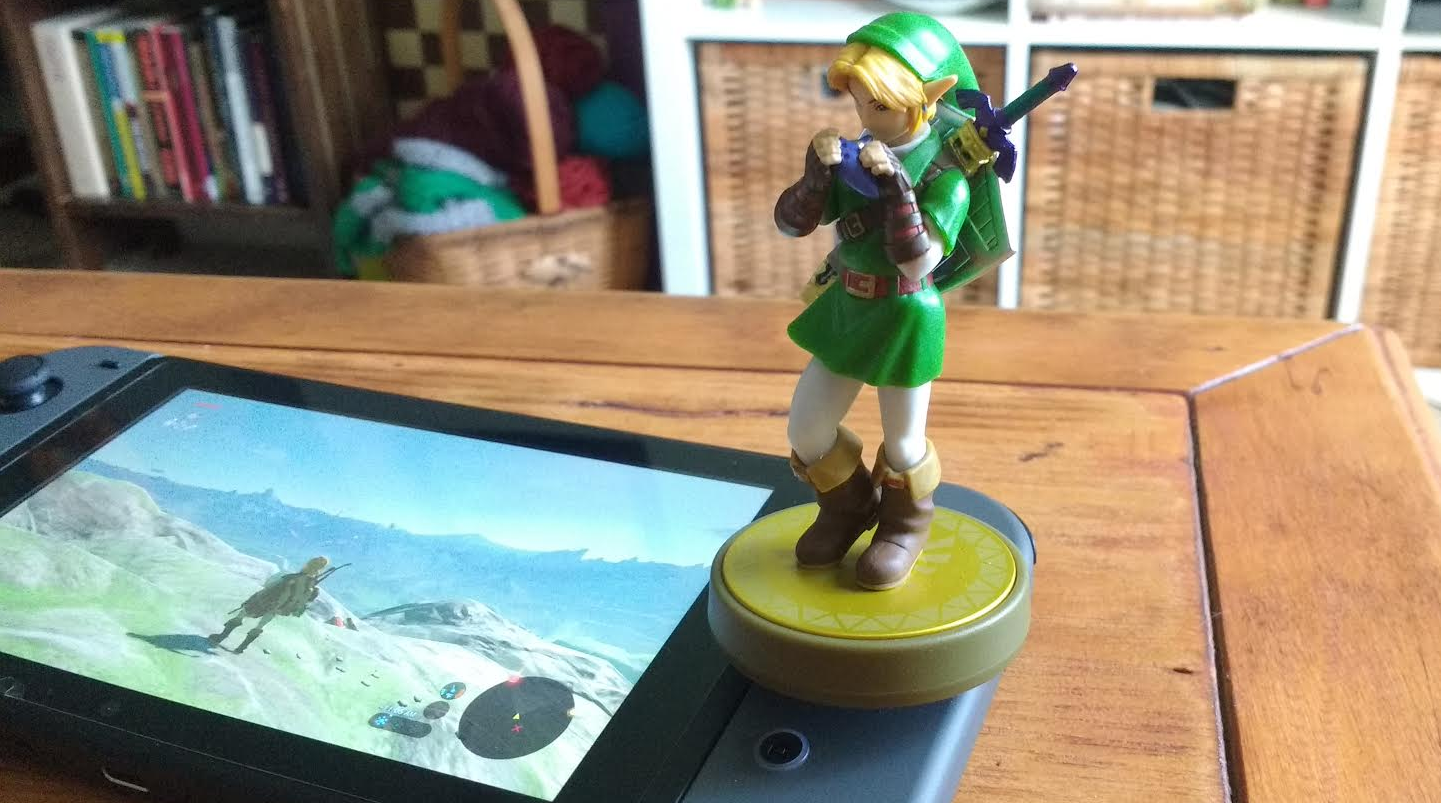 The Legend of Zelda: Breath of the Wild is amazing in its own right. Its world is breathtakingly gorgeous and bursting at the seams with surprises. So why am I and other players wasting so much time resetting the Nintendo Switch's clock so we can keep spawning new treasure chests with our Amiibos?

For me it started with the Sword of the Six Sages. It's the weapon Ganondorf uses in the final fight with Link In Twilight Princess. Once I heard it was possible to get the sword in Breath of the Wild by hovering the Smash Bros. Ganondorf Amiibo over my Nintendo Switch's right analogue stick I couldn't get it out of my mind. I've never had any interest in Amiibo before.

They seemed nice but pointless — until I realised one of them could get me the Sword of the Six Sages. That's when I decided had to get one and my journey to track down a handful of the other Zelda universe Amiibo at reasonable prices began. 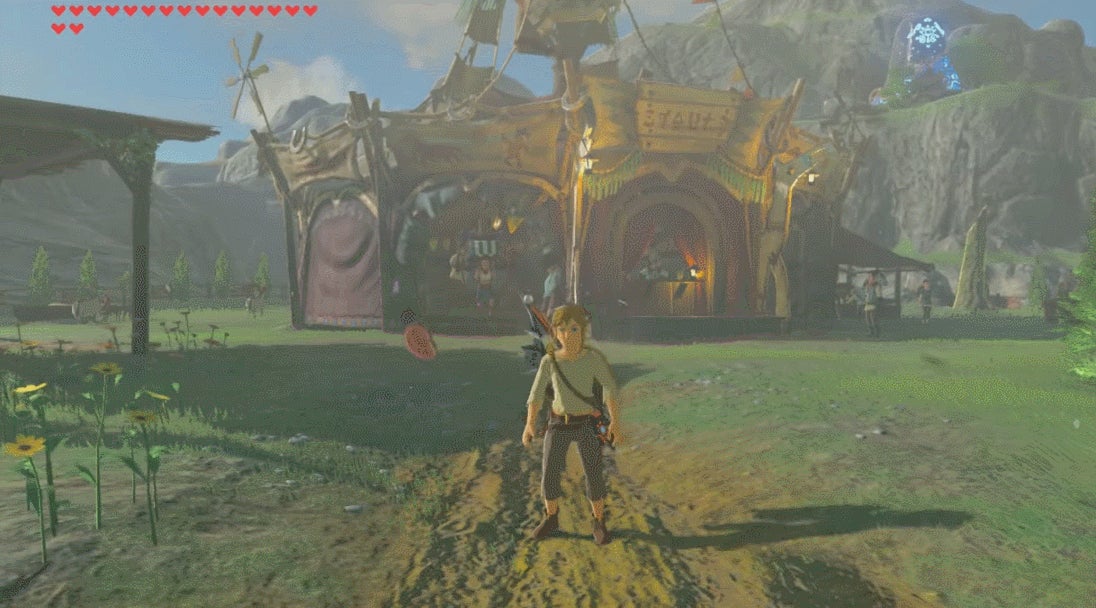 With the plastic statues in hand, the real work begins. Every Zelda Amiibo will drop something different into the world of Breath of the Wild when you activate it. For example, the archer Link Amiibo created specifically for the game will give you bows, arrows, and different animal meats that each have unique drop rates.

The Falcon Bow is the rarest, and hardly ever drops, while Traveller's Bows and raw meat will drop frequently. And I'm using the word "drop" here both figuratively and literally. For anyone who hasn't used and Amiibo with Breath of the Wild, the loot they spawn does indeed drop magically from the sky. (And careful you don't activate an Amiibo close to a lake or mountain cliff, which I have done on more than one occasion, lest you be forced to dive into the abyss after your treasure).

The rub, however, is that Amiibo can only be used to spawn in-game loot once every twenty four hours. But this prohibition, seemingly put in place to prevent players from exploiting their Amiibo, is actually only a minor obstacle it turns out. To get around it, you can either "savescum," resetting the game and loading the most recent save anytime a treasure chest doesn't drop with the contents you want inside it, or simply push the Switch's internal clock ahead by a day.

As long as the system has been disconnected from the Internet, doing so effectively resets the cool-down on your Amiibo, allowing players to spam them until they collect every piece of Link's Ocarina of Time outfit or Sheik's Mask. 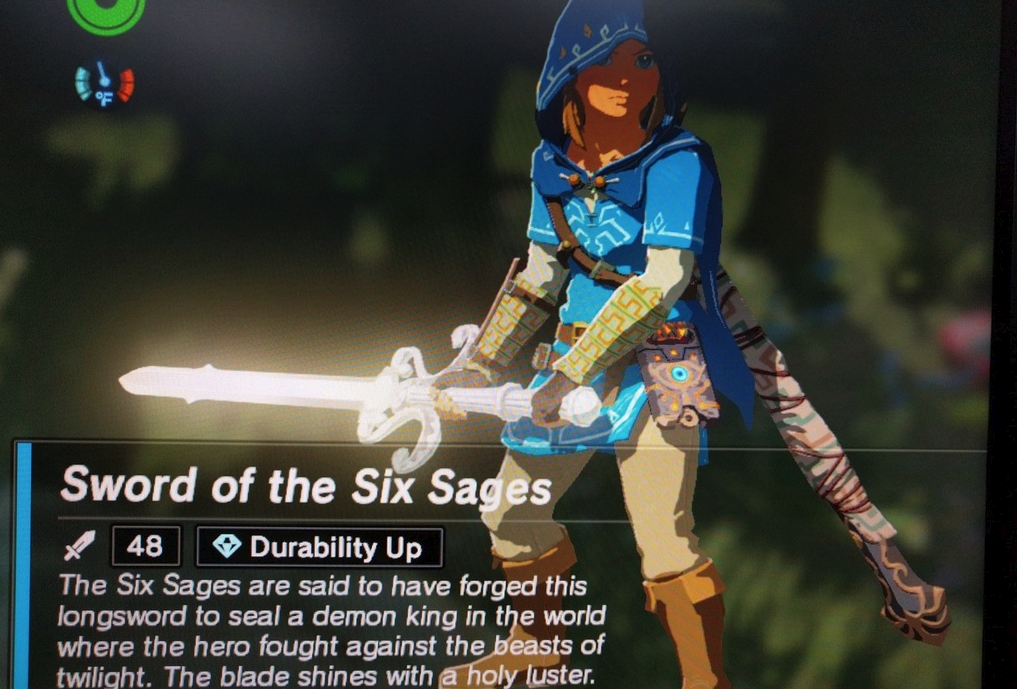 The Sword of the Six Sages, which I still don't have because even grinding for it with infinite do-overs is still both time consuming and tedious, apparently lasts for 100 hits according to Reddit user Zarif who was methodical and counted ever strike before the blade finally gave way.

Which brings me to both why I'm so obsessed with getting the sword in the first place and also why it feels like a project destined to end in tragedy. Breath of the Wild's world is a beautiful and filled with wonderment, but also terrifying and teaming with monsters who will not hesitate to put you in the ground. So naturally I want a sword that will have my back and not let me down when I need it most. Also, you know, it looks bad-arse.

Unfortunately, I have a sneaking suspicion that by the time I finally open a treasure chest with the Sword of the Six Sages inside it, I'll covet it too much to really dive in and start hacking away with it. It almost feels like a curse, and perhaps that's the real mechanism in place to stop people from truly abusing Breath of the Wild's Amiibo functionality.

Spawn all the shields and two-handed swords you want. They will eventually break anyway, or languish forgotten in the inventory, forever being saved for a rainy day that never comes. (Actually, it rains a lot in Breath of the Wild, but you know what I mean).