It’s Time For YouTubers And Twitch Streamers To Organise 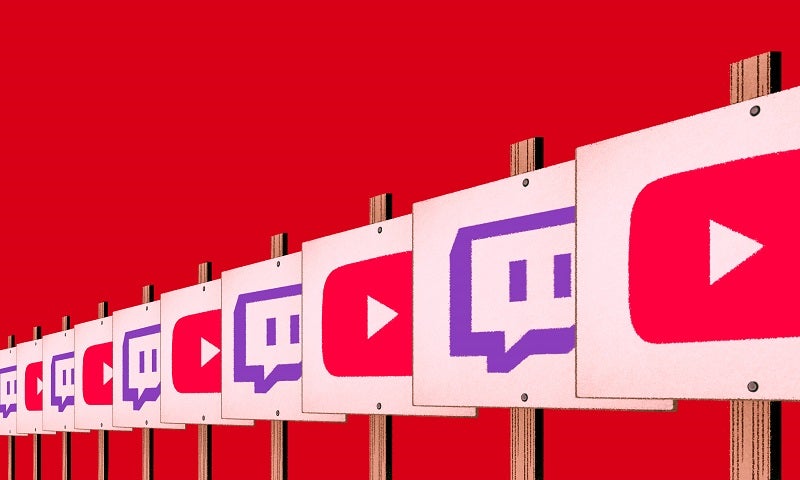 Unique to the digital age is the video content creation industry, one where employees are “users” and employers are “platforms.” In it, workers aren’t owed squat. When there are tech issues, they can visit the support page. When there are platform updates, a lot of the time, the press knows first. Full-time YouTubers and Twitch streamers, workers whose livelihoods depend on these platforms, are weed-whacking their way through the nascent industry’s first labour issues. And while it’s a new industry, there’s one old, time-tried solution to users’ grievances: organisation.


It might seem absurd to suggest that full-time YouTubers and Twitch streamers have it all that rough. After all, they make a living playing video games or filming make-up tutorials. But as we’ve seen on several occasions, by hitching their wagons to two giant corporations — YouTube and Twitch, and by extension, Google and Amazon — these video-makers are opening themselves up to all sorts of risk.

On top of the 60-hour workweeks common among internet creators, and the myriad of problems we’ve seen stem from that, video platform companies can evade responsibility for their workers’ livelihoods with a simple sleight of hand — they’re providing a service, not a job opportunity.

But YouTubers’ revenue streams can disappear without warning. This month, YouTubers are facing a crisis after brands pulled their ads from the platform and videos labeled “inappropriate” were demonetized. YouTubers can appeal through a somewhat enigmatic process.

The financial mess is affecting YouTubers as big as PewDiePie, who has 55 million subscribers, and many claim they’re making a fraction of what they did just weeks ago. Few have a clear idea of what’s going on. Among YouTubers, there is widespread foreboding and insecurity. It’s not their first flirtation with financial risk; over the last few months, mysteriously disappearing view and subscriber counts caused widespread panic that lasted months.

A lapse in communication or a quick adjustment to technology can seriously mess up full-time content creators’ finances. Twitch is traditionally communicative with its partnered streamers. But, sometimes, its tech can take a toll on users’ pocketbooks. Even something as small as limiting Twitch streamers to one “Community” hashtag instead of two can radically decrease viewership, and therefore, cost them money.

Third-party “creators’ networks” capitalise on the problem of communication by promising shady management deals that, sometimes, repossess streamers’ channels or skim off 50% of revenue. It happens often, in part because content creators aren’t talking to each other about pay rate norms or what toxic contracts look like. Many are young. And most sign NDAs, making it a breach of contract to share information.

The people who make videos and stream games can’t just cross their fingers and hope that YouTube and Twitch will address the human issues they face working full-time on their platforms. These workers need more control over their livelihoods. They need to take action and organise — that is, to come together and collectively argue for better rights and protections — so Silicon Valley giants stop exploiting their work. It needs to be democratic and it needs to happen soon.

“With multi-billion-dollar companies who have the interest of the company at the forefront, the only effective strategy is to come together collectively and push back against that,” Justin Molito, director of organising for the Writers Guild of America East, told me. On YouTube and Twitch, there are tens of thousands of “partnered” creators, or users who receive checks from these companies’ ad deals. Alone, most are powerless, but together, they would have a bigger, more persuasive voice.

“My experience is that, when people come together around a set of demands and resolve to see those demands met, the appropriate corporation will figure out how to structure things,” Molito said.

This is an entirely new type of labour. So the logistics of organising are a little foggy. Typically, guilds and unions can offer legal protections for workers. The problem here is that, unlike writers, YouTubers and Twitch streamers have never been employed by the corporations behind their platforms. And, likely, they never will be.

According to U.S. labour laws, a company “employs” a worker if it controls the time, place and conditions of work; pays for all aspects of work; and has a formal and exclusive relationship with that worker. Needless to say, YouTubers and Twitch streamers don’t fit into that category. They licence their content to these platforms.

Mona Ibrahim, senior associate at the Interactive Entertainment Law Group, explained that “the reason Twitch streamers don’t qualify as employees is because they have control over their work product and the manner in which they deliver that product, they pay for their own expenses, and the agreement is non-exclusive and commission based as opposed to an hourly rate or salary.”

Work in 2017 looks a lot different than it did decades ago, and in three years, half of workers will be independent contractors, like YouTubers and streamers. Perhaps it’s time for labour laws to expand to accommodate the modern generation.

In the meantime, there are still plenty of logistics to sort out. But the blueprint for organisation already exists in the Internet Creators Guild, which is led by distinguished YouTubers. This guild, which charges dues around $US5 ($7)/month, promises to help professional YouTube creators organise, although it’s not currently able to offer legal protections. Collective bargaining is not a near-term goal for them.

It’s just for YouTubers and is still in its planning phases, but its vision is promising. Over email, ICG executive director Laura Chernikoff told me that they currently have 800 members. “ICG was built to address situations related to the power imbalance between a disparate workforce of independent professional creators and the major platforms they work within,” Chernikoff said, “as well as stakeholders like brands, talent representation, and other parts of the industry.” Eventually, they hope to produce reports on what influences brand deals, share information for standardised contracts, and forge communication channels with platforms.

Since the ICG is currently only designed for YouTubers (and doesn’t currently have collective bargaining ambitions) Twitch streamers have to find other options. They could wait until the ICG offers support for them or organise with their own association, with or without YouTubers.

A few big streamers, ideally ones who have already spoken out against labour conditions, would need to take initiative and launch a guild. That’s the steering committee. It must include big-name streamers who already have a lot of leverage, and ideally, pre-existing human connections at these platforms. That way, a direct path of communication already exists. And otherwise, smaller channels will be afraid to join.

Those creators can communicate their needs through private channels and determine common goals. Then, when it appears that a problem is brewing or must be addressed, the steering committee can come together and try to find a solution. If the problem is not resolved, members can threaten to strike or go to the nuclear option: transferring their businesses to other streaming and video services, like Microsoft’s Beam or Vimeo. (Granted, YouTube and Twitch have something of a monopoly here, which makes it all the more important for YouTubers and Twitch streamers to organise and try to win some leverage.)

Right now, internet content creators have little sway over the platforms that allow them to make a living — unless those creators are already huge. Bigger partnered channels may have access to a “partner manager,” or customer support for specific creators. When YouTube tech goes awry, or advertisers pull out, those big channels might receive an explanation. Smaller channels won’t. Hank Green, who runs the convention VidCon and helped found the Internet Creators Guild, told me that he’s had great access to YouTube, even on the weekends. He’s been making videos on it for ten years.

He says it isn’t fair that others don’t have the same access. “I’ll talk to people I know who have huge channels but don’t have that same productive relationship,” he said. “They don’t know it’s an option or they’re newer to the platform.”

Creators’ networks have sprung up to fill that communication gap, but they have proven to be flawed, sometimes taking advantage of streamers and YouTubers by forcing them to sign imbalanced contracts that offer no real advocacy. For YouTubers, even signing with the Disney-owned Maker Studios can be risky. Several Maker-signed YouTubers I spoke with described regular late or withheld payments and poor communication channels.

On Twitch, streamers regularly sign imbalanced brand deals or sponsorship contracts that majorly screw them over. “We’ve definitely seen contracts where streamers would lose ownership of their channel in the process of signing it,” said Omeed Dariani, CEO of the Online Performers Group, a boutique management company for content creators.

“The sort of stuff where, if a lawyer saw that in a contract they’d flip the table. No one should sign that kind of thing! But a lot of the time, it’s just a kid [signing it].”

What would make a guild more trustworthy than a creators’ network? Money. Organisations like Maker have financial stakes in streamers and YouTubers. Those organisations also have pre-baked relationships with Twitch and YouTube, which means that their interests won’t always align with the people they represent. A guild, organised and run by the workers themselves, would be able to properly and earnestly represent YouTubers’ and Twitch streamers’ agendas when dealing with the powerful companies behind these platforms.

Online content creation needs to be a more sustainable job. Because it is a job. And no labour standards protect YouTubers or streamers because their industry is only now being recognised as such. Creators’ lack of physical presence works against them in ways that teachers and coal miners never have to face. If they organised as a collective bargaining unit, it would set the tone for how Silicon Valley giants treat independent digital content creators in the years to come. As VidCon’s Hank Green told me: “The thing YouTubers and online content creators have that coal miners never had is the biggest megaphone in the world.”