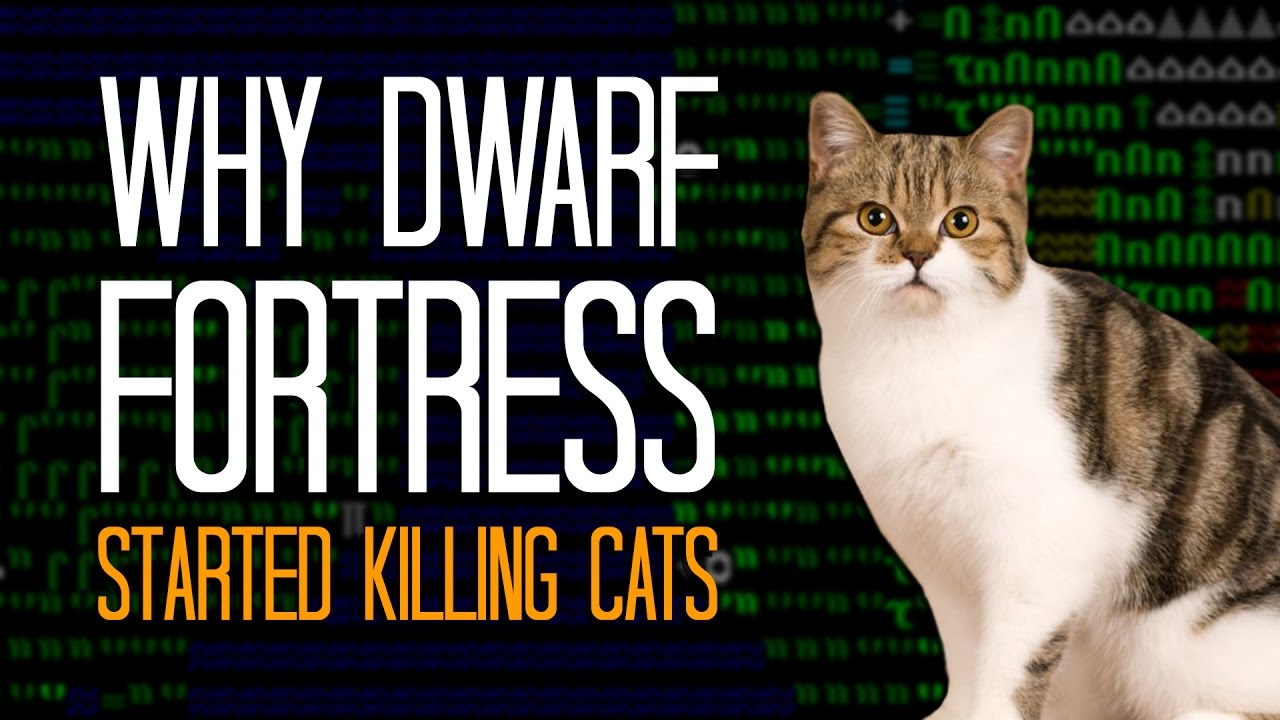 To sign up for our daily newsletter covering the latest news, features and reviews, head HERE. For a running feed of all our stories, follow us on Twitter HERE. Or you can bookmark the Kotaku Australia homepage to visit whenever you need a news fix.
Dwarf Fortress is the insanely complicated and goblin-infested procedurally generated gift that keeps on giving. There are plenty of stories to be found in the world of Zach and Tarn Adams’ decade-old, ASCII creation, but none are quite as fascinating as the mystery of the dead cats.

Few games have issues quite as bizarre as Dwarf Fortress. Thanks to its intricate simulation of, well, everything, weird and wonderful occurrences are a dime a dozen.

However, as Eurogamer’s Chris Bratt explains in this clip, there’s one that holds a special place in the hearts of players and indeed, Tarn Adams himself:

In late 2015, Dwarf Fortress players started finding dead cats … we are talking about a lot of dead cats.

Wait, wait… that’s not the best (or worst) part:

… there’s no real nice way of saying this: they were also found typically covered in their own vomit.

It was quickly determined that the cats had perished from alcohol poisoning, which made no sense at all. The cats weren’t programmed to like beer or wine, in fact, it wasn’t even possible for them to drink the stuff.

But I won’t spoil the story. Bratt covers the machinations that resulted in this strange turns of events in detail in the video, which is well worth watching.