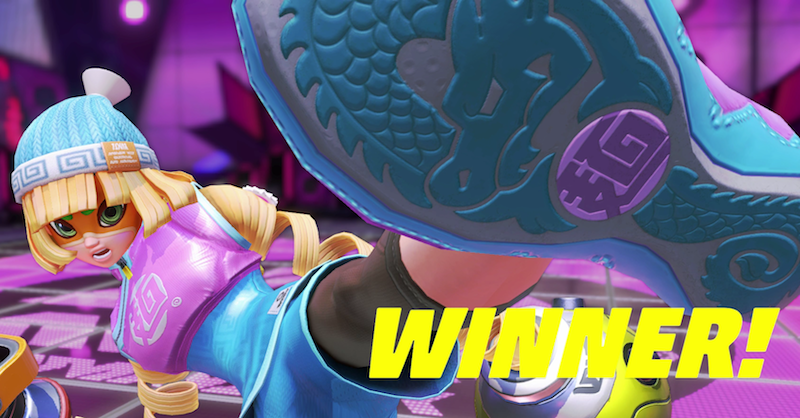 Over the weekend a bunch of people had their first chance to play Arms, Nintendo's upcoming rubber-band boxing game. If you played one of the hour-long "testpunch" betas, I have one question for you: Motion controls, or nah?

Arms can be played by detaching the Switch Joy-Con and moving them through the air: Push them forward to punch, tilt them together to block, tilt them to the sides to move, curve your punches by hooking the controller. Or, you can play with standard controls: Use the left thumbstick to move around and curve your shots, press the triggers to throw punches, click the stick to block.

There'll be another handful of testpunches starting June 3 — the full schedule is here. Nintendo also shared some stats from over the weekend: Ninjara and Min Min were the most-played characters, and Mechanica had the highest win-rate. They did not share how many people got the "whoa-ooh-aaa-oooh-aaa-oooh-oooh" song stuck in their head, but I bet the answer is "everyone".