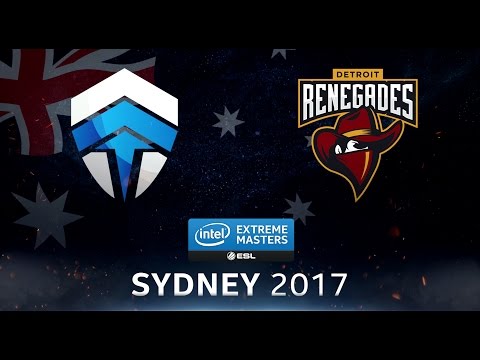 With Australia’s biggest esports event coming up this weekend, all eyes are on some of the international competitors flying down under. One of those is Renegades, the Aussie team that moved overseas to play in the big leagues — but it just suffered a defeat against local upstarts Chiefs. The matches this weekend might be closer than we expected.

In the video above you can watch Chiefs beating – nay, destroying – the international favourites. “This is brutal”, said a commentator at the halfway mark. We’re not talking a pre-tournament scrim to get the jetlagged competitors game-ready. This was an official ESL match.

Now, back when dinosaurs roamed the Earth and I was playing competitive Counter-Strike, de_train was a bit of a CT-sided map. I don’t watch enough competitive CS:GO to know if that’s still the case, but it may go some way to explaining how Chiefs went 15-0 in the first half as CT. Your best bet is to win the first few rounds, but it’s really hard to come back if you’re on the losing side of that. Even if you win fifteen straight rounds, the best you can hope for is a move into overtime.

This is all really good news for those attending IEM Sydney this weekend. The Chiefs are bringing the noise, and it’d be great to see a local team in the grand final on Sunday.