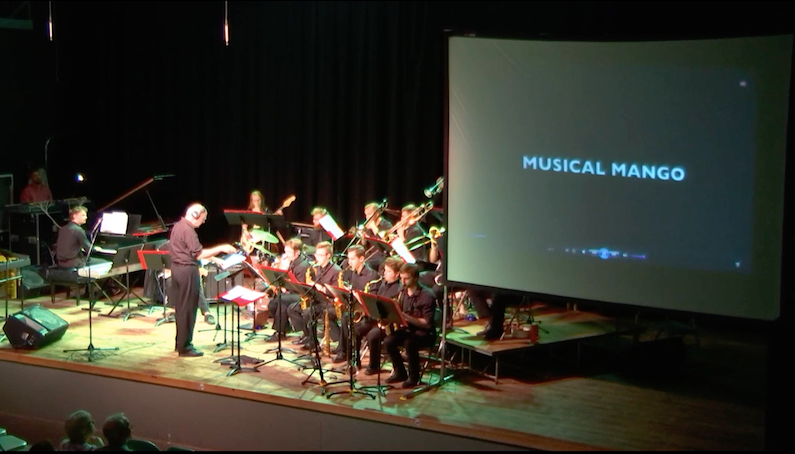 Music student Nicholas Caleb Goss sees melodies when he watches Super Smash Bros. Melee champion Jose “Mango” Marquez flit across a stage. “He likes to style,” Goss said, describing a fight against Marquez as “energetic, surprising”. To Goss, Marquez’s playstyle is jazz, which is exactly what he turned it into.

This month, Goss composed a full jazz band arrangement inspired by highlights of Marquez plays. He wraps a melody or rhythm around each combo and, for the maps, samples music from Fire Emblem, F-Zero and Star Fox. A dozen musicians performed it. It’s a light, playful and sly sound that is undoubtedly very Marquez.

“I tried to follow the direction of the gameplay,” Goss said. “If a character is getting launched upwards, an ascending melodic line, if a strong hit lands, an accent in the music.” Take a listen:

“My favourite combo is the third Falco combo during the rhythm solo,” Goss said. “Listen closely to the piano! You can hear both hands essentially covering the motion of both characters once the Fox is offstage. Also the bass descends alongside the Fox as the lasers land and cause him to drop a bit lower each time.” A close second, though, is the C9 chord Goss arranged for when Marquez, who is sponsored by Cloud 9, nails a down smash while standing on a cloud.

“Melee is a visually telling game, even for people who haven’t played it, so the musical connection is really easy to make,” he said.