Nintendo Fans Are Losing It Over Twintelle, Arms' New Character 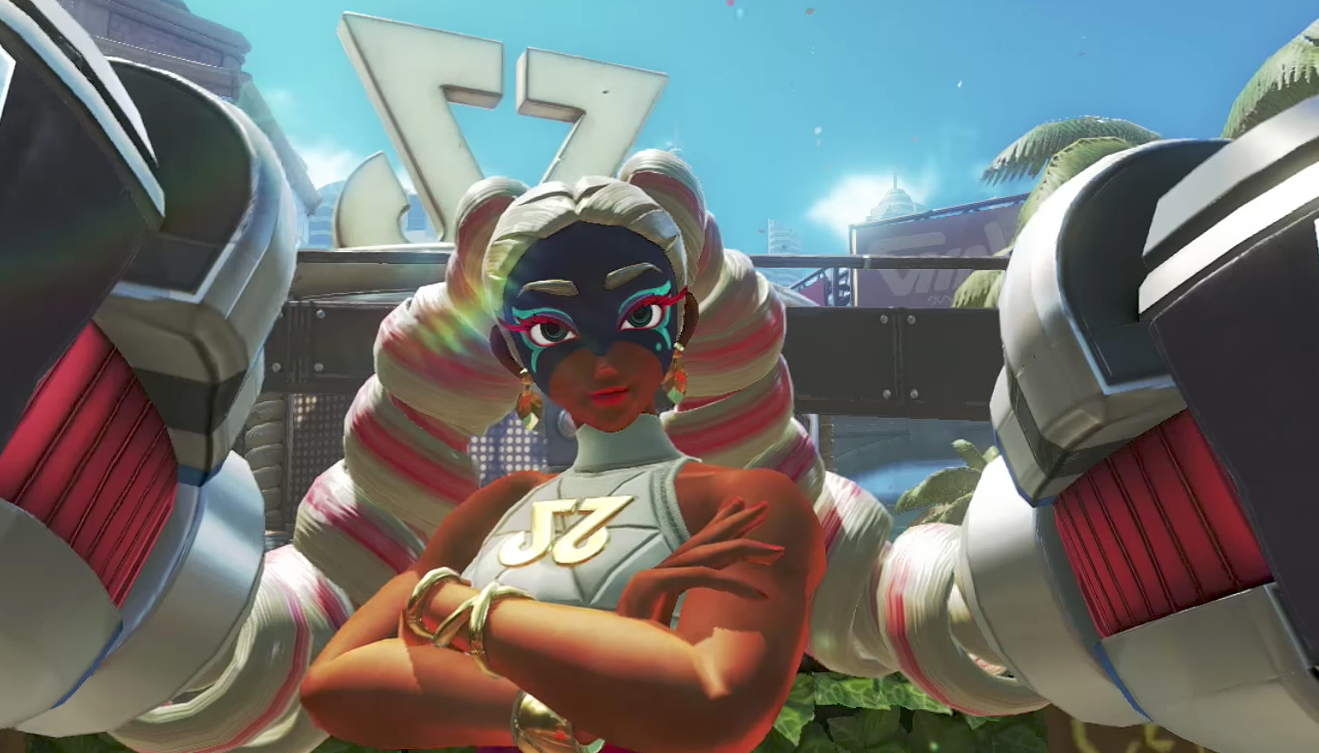 All of the characters for Arms, Nintendo's upcoming fighting game for the Switch, have been really charming. Ribbon Girl has a cute cheerleader vibe and Minmin looks like a bowl of ramen. The reaction to Twintelle, however, is out of control.

I had a feeling when I first saw her that people would lose their minds over this. She has long curly pigtails that she uses to fight, wears a particularly stylish and feminine outfit, and her hips sway exaggeratedly when she walks. YouTuber Etika sums up how people feel pretty well in this gif from his reaction video to the character reveal: 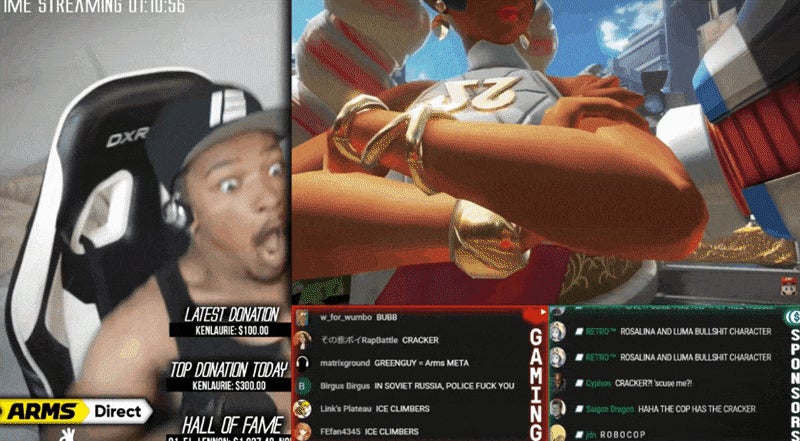 She's bad, and she knows she's bad. Meanwhile, the internet cannot stop drawing fanart of her. I promise you this is only the tip of the iceberg.

Yall i'm weak as heck for Twintelle #ARMS is killing me pic.twitter.com/21SLzc5lnS

I want to marry her k thx #Twintelle #arms pic.twitter.com/swfWlLpeGg

You may have noticed that one of Twintelle's body parts got more attention than anything else. That's not a coincidence.

It's worth pointing out that Twintelle is also a dainty girl who sips tea from china as well as having thighs that could crush a watermelon. She's literally bad and bougie. Where's my Migos parody? Internet, I am disappointed in you.