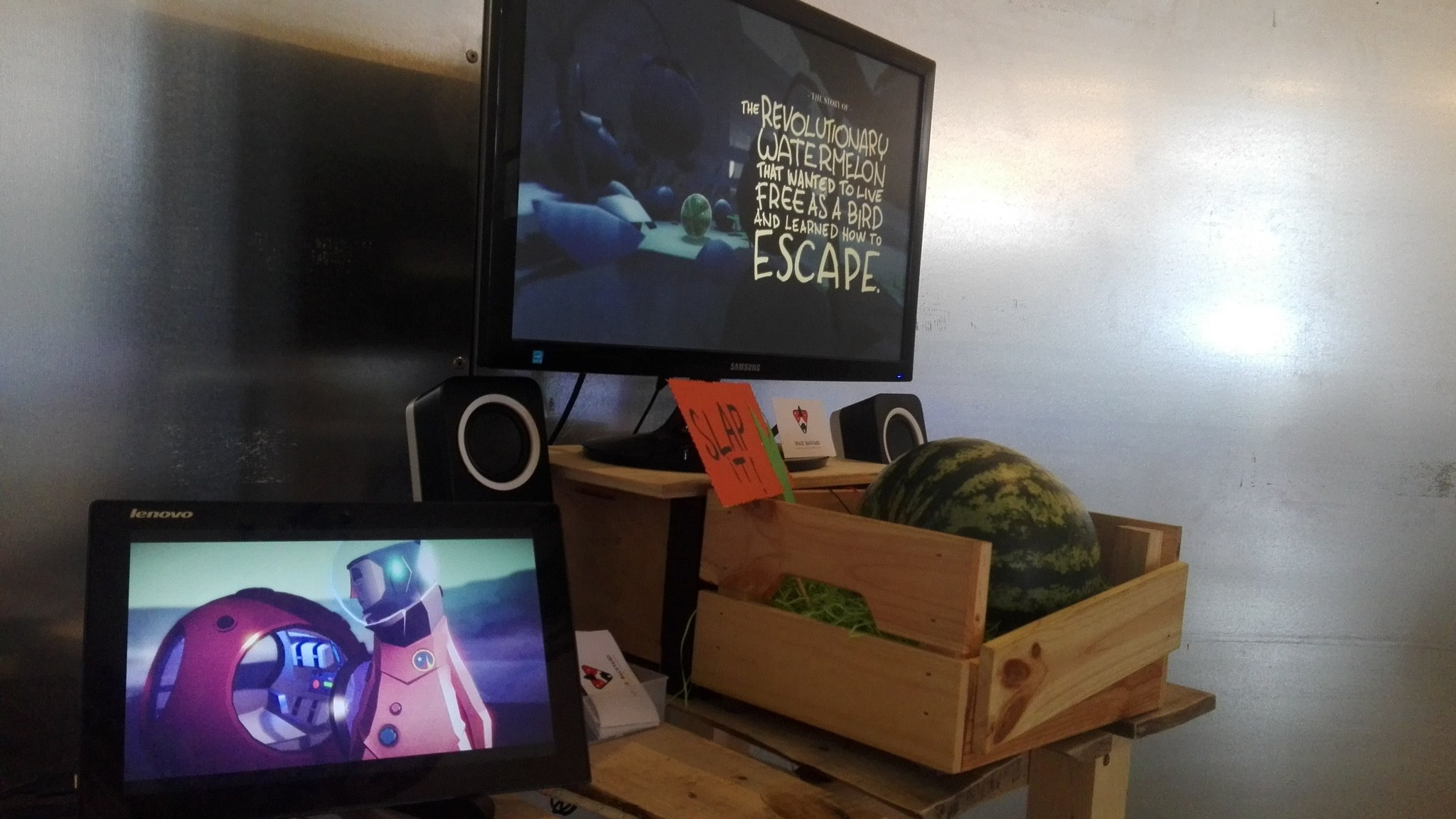 The Revolutionary Watermelon came out of the Watermelon Game Jam I covered a few months ago. Unlike the other games that came out of that joke, however, this one actually uses a watermelon as a controller.

In the game you play as a self-away fruit trying to escape its circumstances. The music and sound design is ominous and your efforts are mostly futile, sort of like if you replaced the protagonist in one of Playdead's game's with a watermelon; Limbo but for sentient produce. 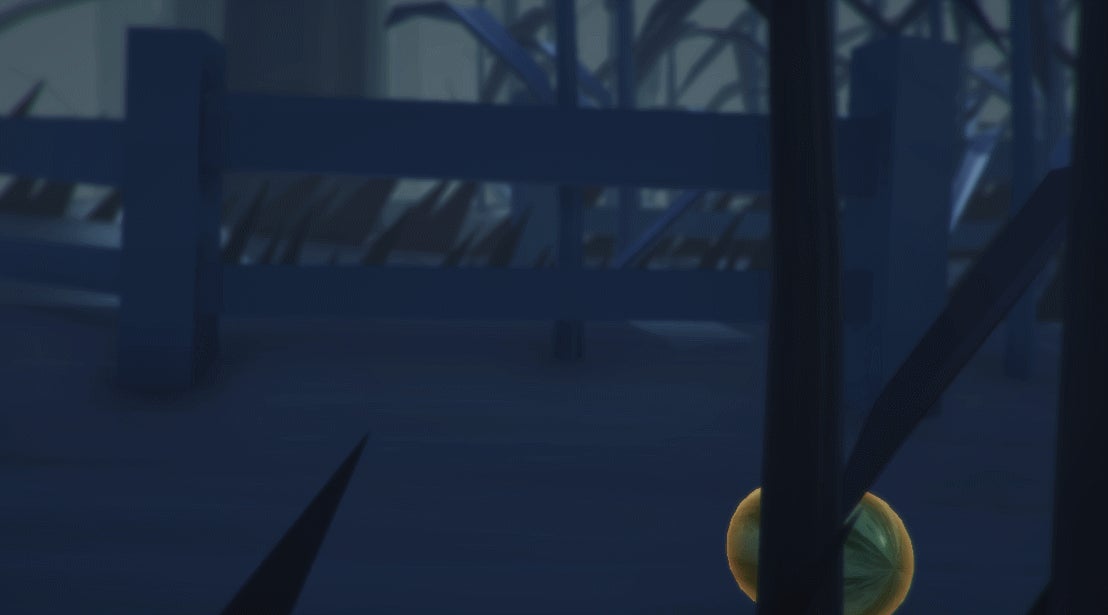 All you can do as the watermelon is hop, and roll where you will, but the input is finicky, leading to chaos. If you're not hopping enough, you'll get snagged on a branch or stuck in a gully, but spam the jump command too much and you'll eventually explode.

Showing the project off at Italy's GameHappens festival this weekend, the duo behind Revolutionary Watermelon, Space Backyard (their upcoming, non-joke game is called LUDMILLA), decided to try something more novel, and substituted in an actual watermelon for a keyboard.

"Just some days ago we tried to put up something from scratch with the components found at home," they told me in an email. "Technically speaking, it's a really simple Arduino custom circuit and code based on a vibration sensor attached to a 100% real watermelon." The sensor then connects to the computer and inputs the jump command every time a player slaps it. The hardest part, they said, was choosing the right watermelon.

"That road test was very useful to understand how people interact with a watermelon and how long it lasts," they said. I asked them why they went to all the trouble though. Why double-down on the absurdity of the original game with a real world, edible manifestation of it?

"Why not! Slapping a watermelon is so fun!"

You can too can try living a short and thankless life as a watermelon over at the game's itch.io page, and once Space Backyard releases their diagram and code, you can even play it using your very own watermelon.