A Tale Of Two Totoro 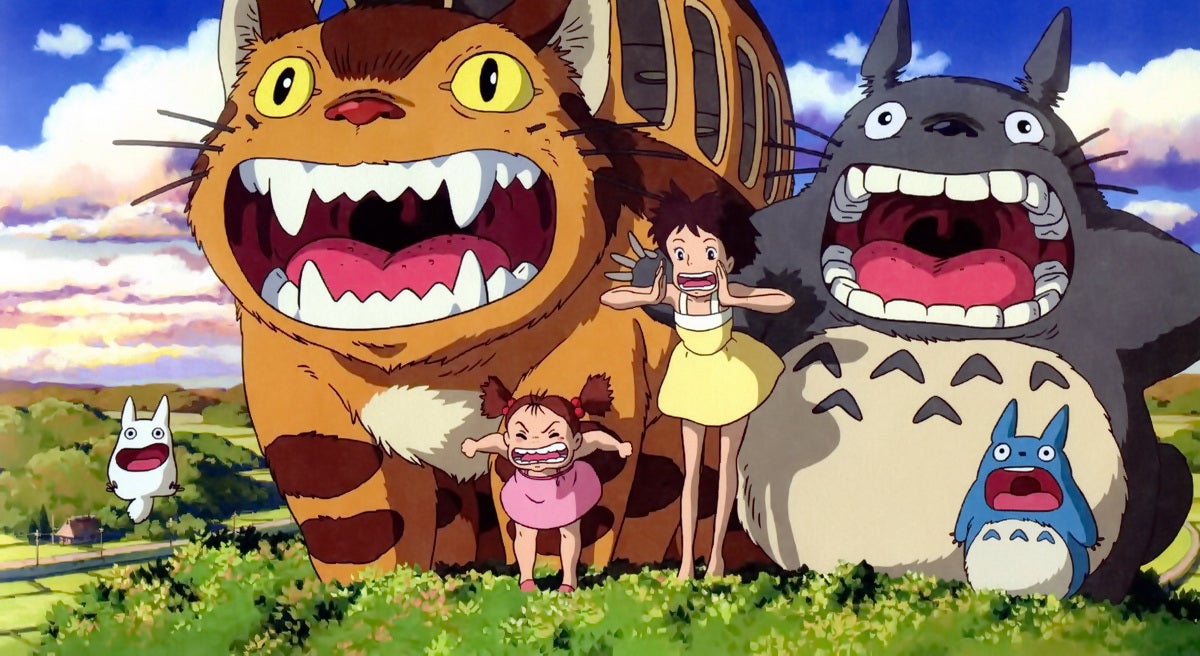 My Neighbour Totoro, known in Japan as Tonari no Totoro, is often regarded as one of the best animated family films of all time. Little do many Western fans realise that two versions of the English dubbed movie exist. One made by Fox Studios and the other through Disney.

Since the movie's initial Japanese release in 1988 Totoro as a character has become a renowned cultural icon and his kid friendly adventures have captured the imagination of children and adults alike. He's also terribly adorable, and that's always a plus. Totoro is still a profitable property for Studio Ghibli (of which he is now the logo) and any company who has the rights to his likeness. This is an important aspect to understand when exploring the Totoro films touted in the west. 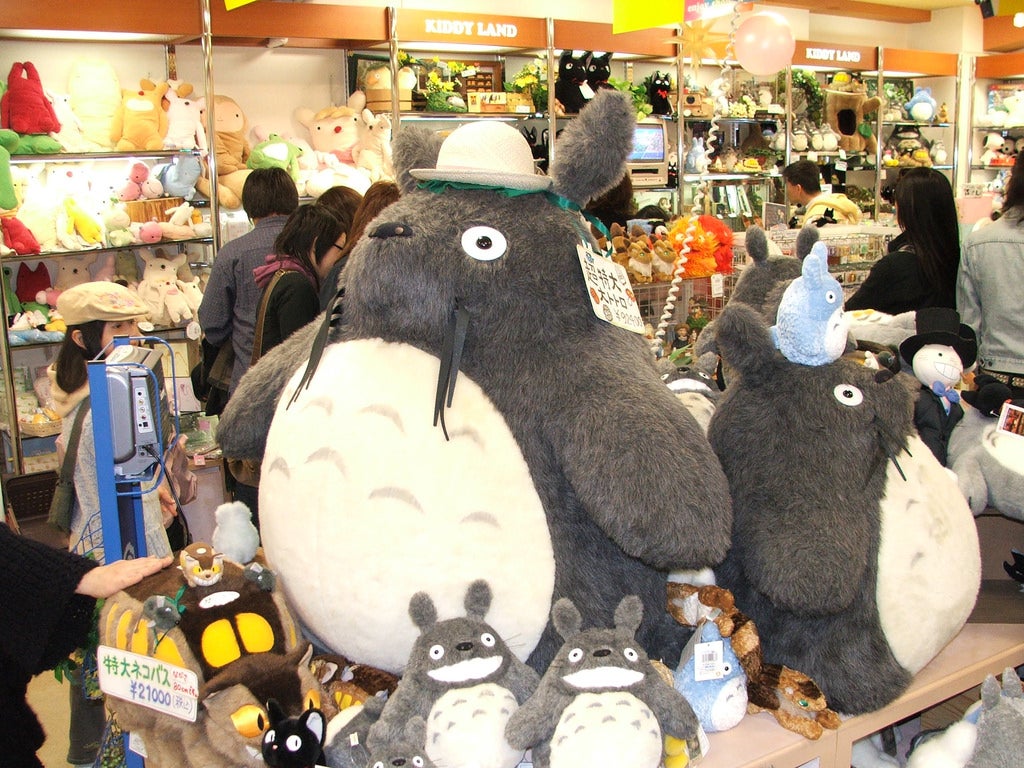 In 1989, just a year after its original debut, Totoro was adapted for English audiences by Streamline Pictures. The movie was exclusive to transatlantic passengers flying with Japan Airlines, and for four long years this was the one and only way to watch Totoro in English. Eventually Fox Studios acquired the rights to this exclusive dub and in 1993 they distributed it as a straight-to-video film.

While Totoro didn't fair as well in America for cultural reasons and a lack of advertising, it still found an audience. Unsurprisingly, most of these viewers (myself included) were children. Totoro was always a movie I would show friends when they spent the night. Sort of a "You gotta see this!" attraction. Little girls yelling at dust sprites, a tubby monster screaming at the rain, an enormous multi-legged cat that also functioned as a bus — what's not to like? And so Totoro became a classic in its own right, in my household and in many others.

By the time Totoro was released on DVD in 2002, Fox Studios only had two years of distributive rights left. In 2004 the rights were signed over to Walt Disney Studios, a company who had caught on to the magic of Studio Ghibli years prior. In fact, by 1998 Disney had already re-dubbed another Ghibli classic — Kiki's Delivery Service. This was another film that had originally been dubbed by Streamline Pictures, and featured many of the same voice actors that had worked on the original Totoro dub. 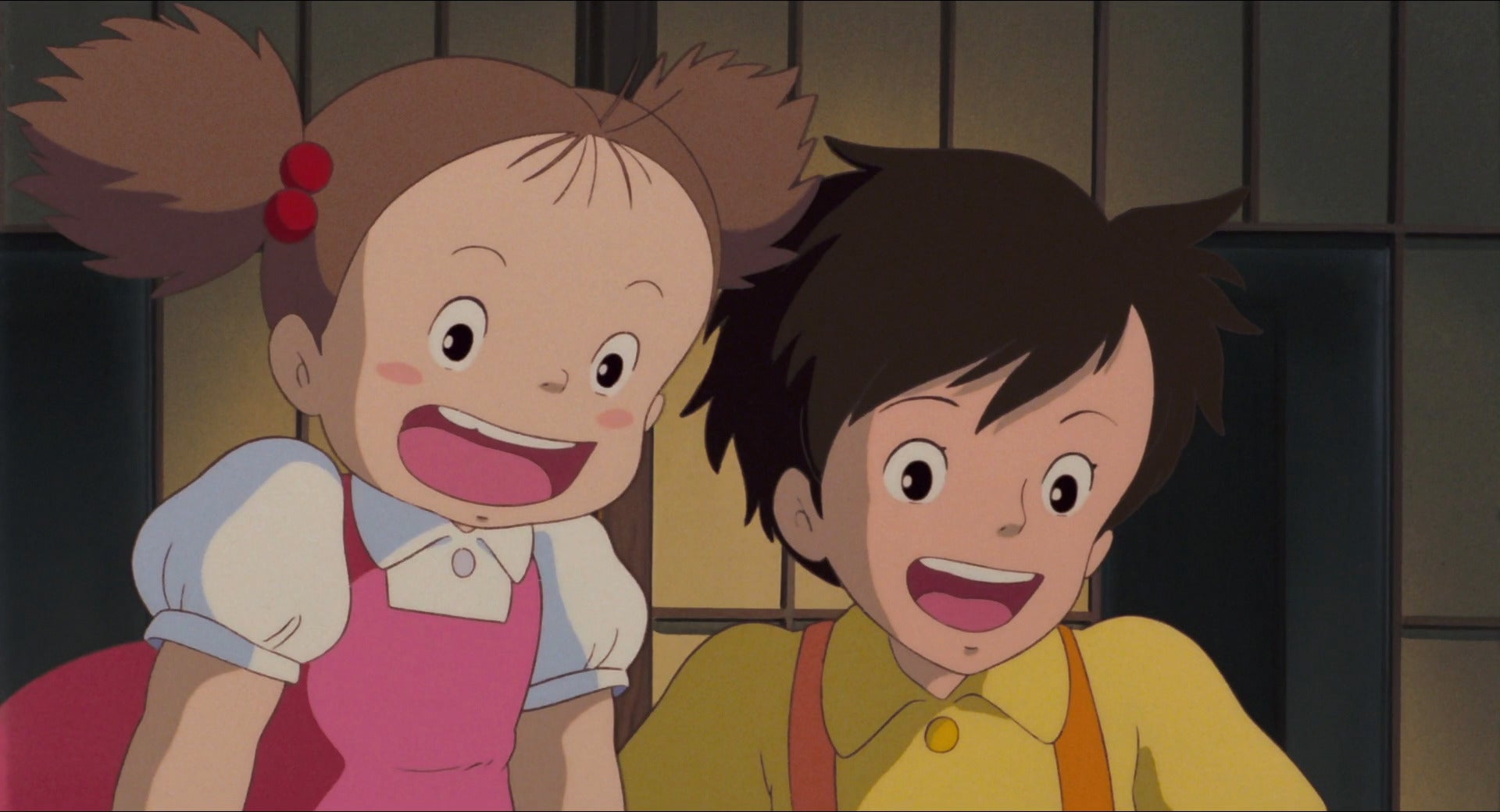 And as you may have guessed Disney decided to completely redub My Neighbour Totoro, replacing the 13 year-old vocals and bringing in some well-known actors. Real-life siblings Dakota and Elle Fanning were cast as main sisters Satsuki and Mei, while Frank Welker of Scooby-Doo fame was brought in to preform Totoro's many grunts and groans.

I'll be the first to admit that I strongly prefer the original dubbing. The Fanning sisters have some great acting chops, but the emotional range and flowing dialogue of the original Fox version just aren't there. The character of Totoro was also made to be quite a bit more human, with his breathing and grumbling more akin to that of an overweight man and not a mythical forest beast. As I sat through the Disney version for the first time, it was hard not to pin point certain scenes or characters that felt a little too underwhelming when compared to the original.

But it's still a great film, and that's important to note.

It just doesn't line up with the version I watched a thousands times as a child, and nostalgia can be a powerful influence when it comes to making comparisons.

The real travesty regarding the two version of Totoro released to the English speaking world is that one of them is utterly unavailable. And I bet you can guess which one. When the rights switched from Fox to Disney in 2004, Fox was legally obligated to stop the production and sale of their original dub. Over the years the standard DVD version of Tororo has become scarce, as it was only on store shelves for a measly two years. Anyone attempting to buy a new copy of the Fox DVD will find that it goes for upwards of $US200 ($269) on sites like Amazon and eBay. A sad sight, indeed.

Many younger fans of Studio Ghibli will never experience the original English version. One that many feel is superior to Disney's redubbing. Some have gone so far as to rip the Fox version of Totoro and distribute it on file sharing sites, extending its reach to new viewers in a helpful (though very illegal) way.

Perhaps someday we'll get an all inclusive version of the film, with the original Japanese audio and both English dubbings in toe. Until that time we should probably just go watch My Neighbour Totoro again, because in Japanese or English, in 1993 or 2005, it's still an absolutely fantastic movie.