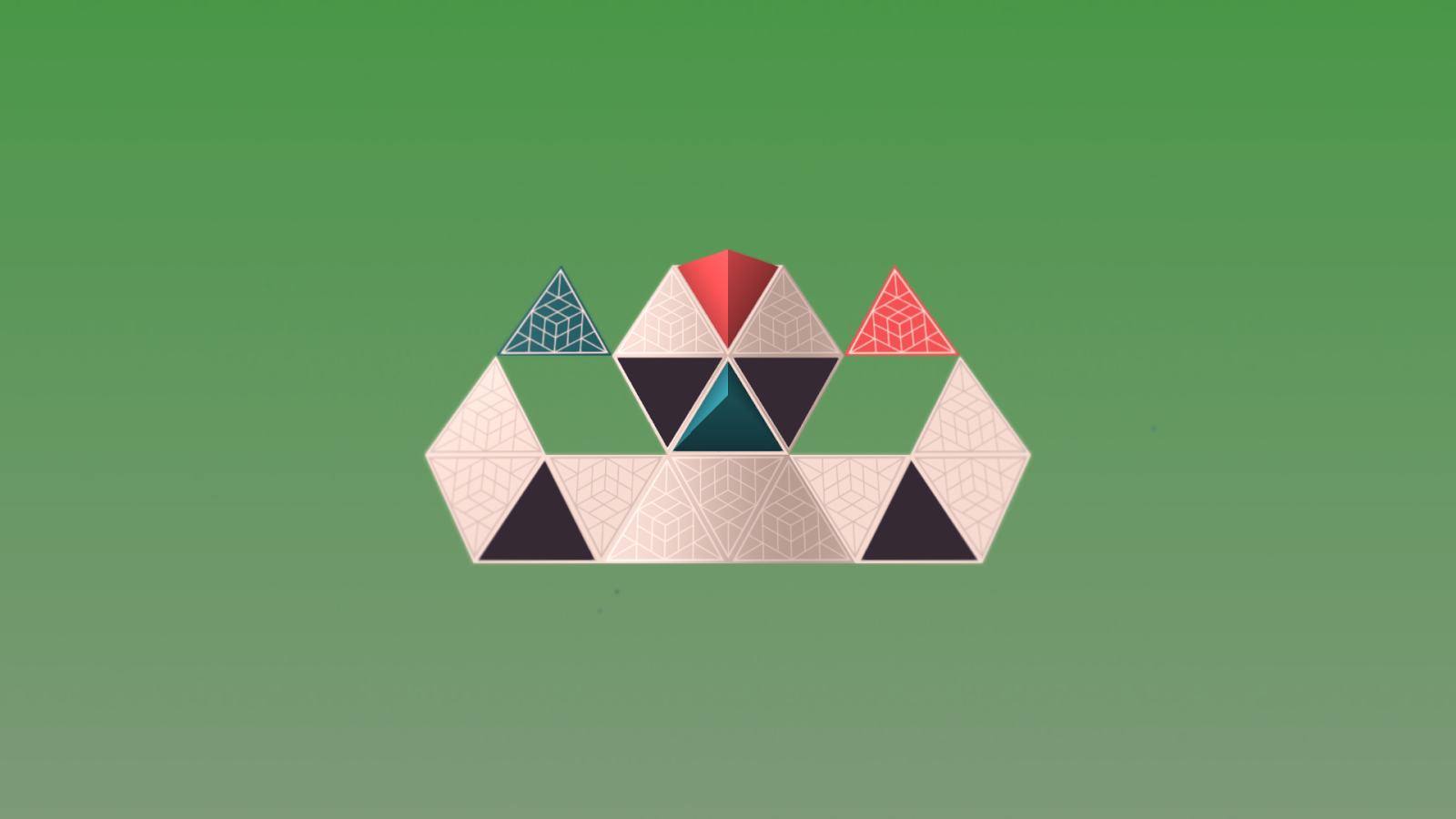 Yankai’s Peak is another horrifying puzzle game from Kenny Sun. Like Yankai’s Triangles, it takes a simple shape — here, pyramids — and creates a compelling series of puzzles out of manipulating them. The goal of Yankai’s Peak is to push a series of pyramids across a board of connected triangles into a triangle that corresponds with their colour. You only control the blue pyramids, and in order to push other coloured pyramids you need to drop a hinge on the board. The blue triangle will pivot on that hinge, pushing the other triangle around. Here’s how it looks in action:

I was sceptical about how complicated these puzzles could get when I played through the first few. But it turns out that the physics of these pyramids wasn’t as easy to predict as I thought. Not only can you push a pyramid by pivoting one so that the long side connects to the other pyramid, but if the points of two pyramids are touching, the one you don’t control will pivot in the opposite direction. This all gets weirder when you’re pushing around more than one pyramid.

I quickly found myself truly perplexed by the stages in front of me. They required a lot of trial and error to learn how to move the pyramids in the necessary directions. I never felt like the game was unfair, just that I had yet to uncover another secret about this weird, oppressive pyramid world.

Although the colours are bright, Yankai’s Peak has a loud, jarring sound design and melancholy ambient music from Jack + Jim. When you push around pyramids you hear the rough noise of stone scraping against stone, and when they lock into place they rattle at you like an angry window. The sounds make the puzzles feel like you’re building something. The ambient soundtrack softens how harsh the sound design can be.

I wouldn’t call the game relaxing, but it is calming-adjacent. Yankai’s Peak gives you a sense of accomplishment after you complete a puzzle. I don’t know if I could chill out on this while I wait for my laundry to finish, but I might be able to pull it out on the train without feeling too stressed.

Yankai’s Peak is out on iOS now for $US2 ($3), will release on Android on June 15th, and is also on Steam Greenlight.