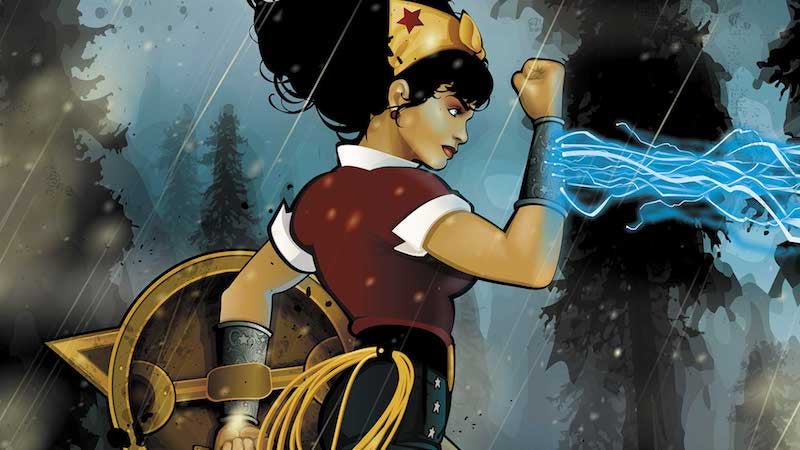 DC's Bombshells was the sort of comic that you could just pick up randomly, with zero understanding of the series' plot — and immediately get sucked into some of the best story arcs ever written for the publisher's most iconic female characters.

Set against the backdrop of the 1940s and the early days of World War II, Bombshells reimagined heroes such as Wonder Woman, Mera and Supergirl as unabashed feminists who joined forces to fight against the Nazis and an army of the undead. In the Bombshells United follow-up series due this August, writer Marguerite Bennett and artist Marguerite Sauvage will dig into the darker consequences of the war — like the internment of Japanese Americans — that transpired on the home front.

"In the first series, there was this sense of fun and excitement," Bennett said in an interview with ComicsBeat. "With Bombshells United, we're refocusing the series around a different conceit: The historical failures of the war and the question of 'if you had had a second chance in life, what would you have done differently?'"

The first issue of Bombshells United will be available digitally on August 25.