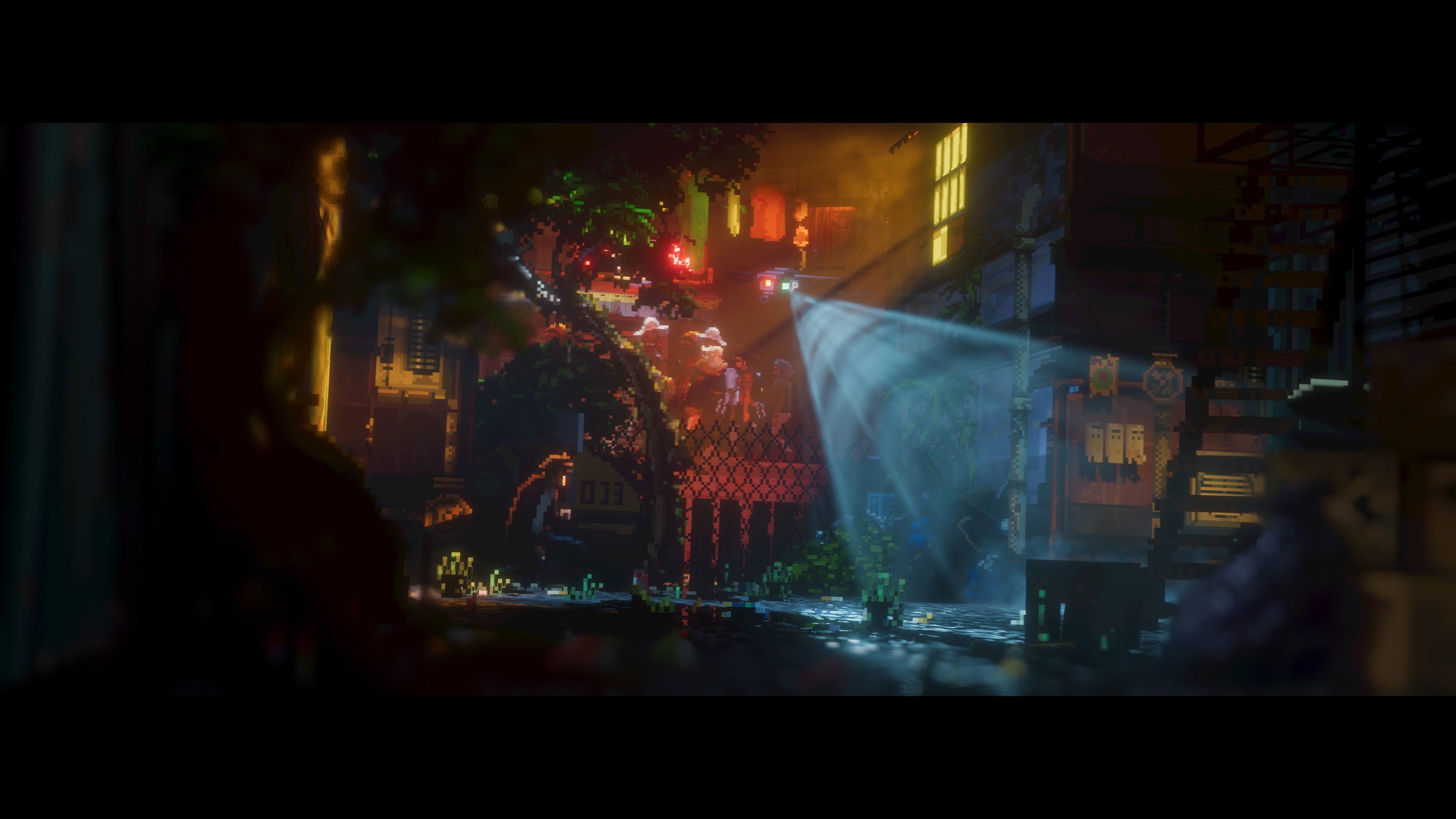 Several E3 attendees and viewers were blown away by cyberpunk indie title The Last Night's E3 debut trailer, but the game quickly became the center of a storm of Twitter controversy when viewers noticed that its co-creator, Tim Soret, seemed to be a Gamergate supporter.

"Well, there goes my interest in The Last Night," a Twitter user wrote above some screenshots sampling Soret's tweets from 2014. Soret's older tweets stated, "I'm against feminism. . . I am for egalitarism. I don't care, boy, girl, alien," and "The Gamergate people are for journalistic integrity." More old tweets described The Last Night as a game meant to "show the danger of extreme progressivism" in a "cyberpunk world where modern feminism won instead of egalitarianism." Discussion grew from these tweets, sparking some public renunciations of The Last Night and its co-creator after less than an hour.

Soret swiftly defended himself, tweeting: "I completely stand for equality & inclusiveness." Four hours later, he added, "In no way is The Last Night a game against feminism or any form of equality. A lot of things changed for me these last years." At E3's PC Gaming Show this afternoon, Soret began his showcase of The Last Night with an apology: "I am embarrassed by some tweets I made in the past. I want to apologise for those. They do not in any way represent who I am today or what The Last Night will be about."

The Last Night, slated for 2018, is a "cinematic platformer" that takes place in a dystopia where people lack purpose. Its Steam page reads, "Human labour and creativity has been rendered obsolete by AI, so people are now defining themselves by what they consume, not what they create." It appears to be a commentary on how, after most labour is automated, humans will lose their will to create.

After the initial enthusiasm for the trailer, whispers of Soret's political views led people to dig up old Tweets and forum comments. In them, through hashtags, Soret aligns himself with the Gamergate movement, which he describes as "for journalistic integrity, honest debate, transparency, inclusiveness, & egalitarianism" — in spite of many in the movement's reputation for targeting women and minorities. Soret also says he's "against feminism." At one point, he asked Gamergate supporter @NotYourShield whether he could use Gamergate icon Vivian James in a commercial cyberpunk project, likely The Last Night. On the forum Gamerama, Soret made a thread on so-called "SJWs" (now, his comments on the thread have been deleted). Since this controversy broke out, it seems that many of his more controversial tweets have been scraped from the internet.

In a statement to Kotaku, a Microsoft spokesperson said they do not "support comments that fail to reflect our commitment to diversity and inclusion, which are part of our everyday business and core values." A little more in-depth, developer Raw Fury's statement addressed widespread concerns of Soret's continued anti-feminist views:

"We at Raw Fury believe in equality, believe in feminism, and believe everyone has a right and chance at the equal pursuit of happiness. We would not be working with Tim Soret / Odd Tales at all if we believed they were against these principles in any aspect.

The comments Tim made in 2014 are certainly surprising and don't fit the person we know, and we hope that everyone reading this who knows us at Raw Fury on a personal and professional level knows that we wouldn't tolerate working with someone who portrays the caricature of Tim going around the internet right now.

The wording of his statements toward feminism in 2014 was poor, and his buying into GamerGate as a movement on the notion that it represented gamers against journalists was naive, but in the same year he also cheered the rise of women in gaming. . .

A lot can change in three years, including viewpoints, and Tim has assured us that The Last Night does not spout a message steeped in regressive stances."

Raw Fury pointed to a 2014 forum thread in which Soret addresses concerns about his alignment with Gamergate. He maintains he's in favour of better and more representation of women in games and at game development studios. Also, he adds, the main character of The Last Night is bisexual. That said, Soret says he does not "buy the patriarchy stuff. Maybe it applies in the USA, but I live in Paris."

It's hard to say whether Soret still holds the views he once professed, loudly, across the internet. We have reached out for comment. Soret's views have alienated some fans who were, for a brief period, enthusiastic about buying the game. Soret isn't a level designer at Bethesda; he's the co-creator of a game. Players are worried that some of those stances described in forum posts as recently as November might bleed into the game.

The rollercoaster of public opinion surrounding The Last Night is the latest, and perhaps fastest, iteration of "Milkshake Duck." Not a real character, "Milkshake Duck" symbolises the flurry of internet excitement surrounding a new thing, and then, that thing's quick fall from public renown.