FFX14 Stormblood Feels Like Its Own Final Fantasy Game

Stormblood isn’t just a huge chunk of new content for Final Fantasy 14. It’s the third game in an ongoing series, one that happens to share the same space as its predecessors.

Final Fantasy 14: A Realm Reborn told the story of the rise of the Warrior of Light (AKA the player character) and established the conflict between the realm of Eorzea and the evil Garlean Empire. 2015’s Heavensward saw the hero and their friends embroiled in the conflict between humanity and dragons in the Northern reaches of Eorzea. These aren’t short stories, like the chapters in a book. Each tells its own contained epic within the same story line. The heroes stay the same, but the villains and settings change.

Now Stormblood sees our heroes’ attention turn once more to the Garleans, seeking to free the city-state of Ala Mhigo and Eastern state of Doma from the empire’s oppression. The player character has a new nemesis, Zenos yae Galvus, son of emperor Varis zos Galvus of Garlemald.

I’m only halfway through the story of Stormblood, and already I’ve battled Zenos twice on two different sides of the world. I’m used to having the big baddies of my MMO expansions hidden behind some end-game raid battle. It’s refreshing to have such immediate (and painful) access to such a powerful foe.

The first encounter between the player and Zenos propels the story to the other side of the world. Styled after ancient Japan, the state of Doma has been under Garlean rule for decades. The Warrior of Light and company aim to end that rule and recruit the Domans to their side. It’s a task that might go a little faster if the new lands weren’t so damn picturesque. 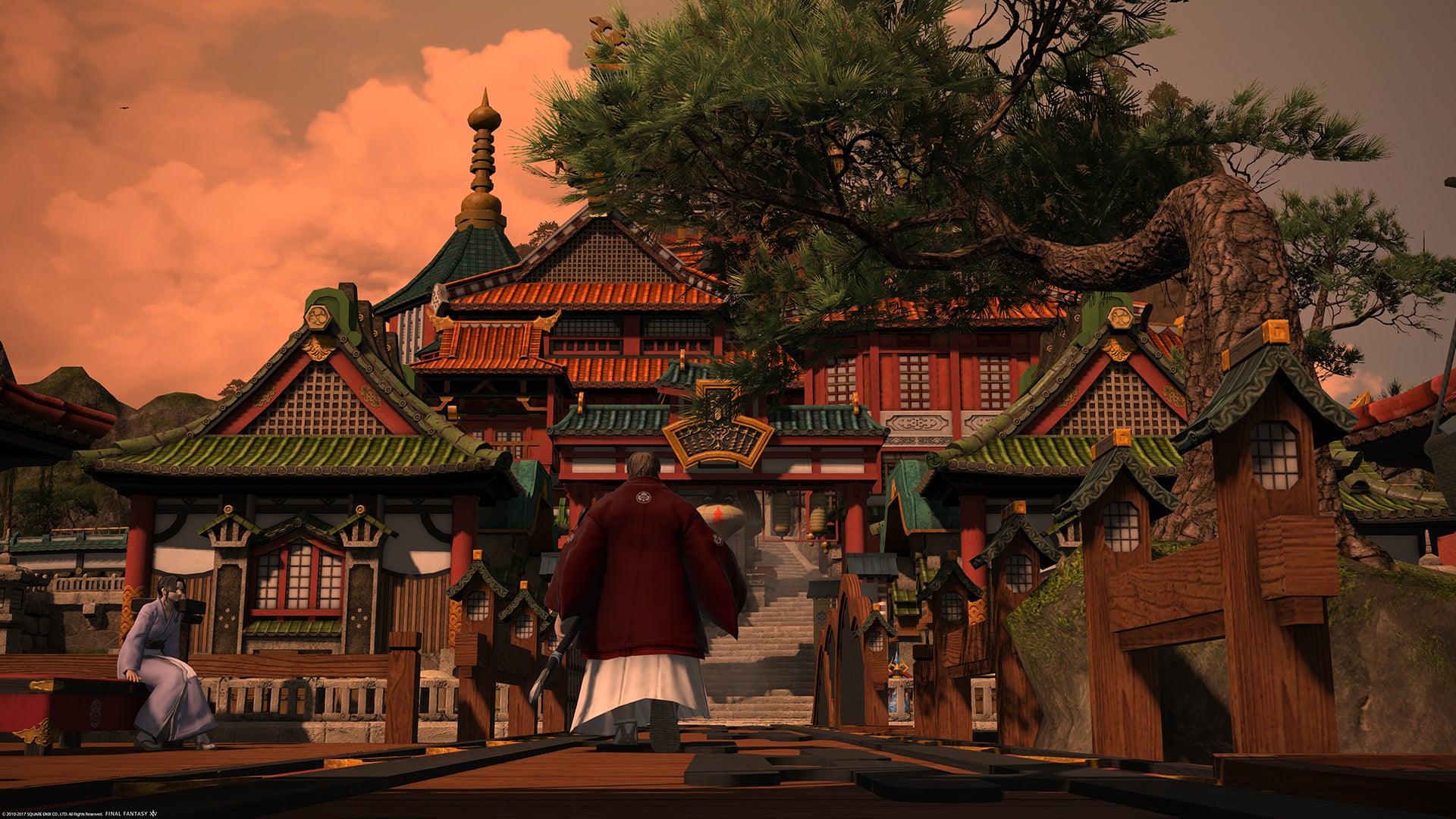 I’d be much further along in the story with my level 65 Red Mage if I wasn’t stopping every five minutes to take screenshots. I am not exaggerating. 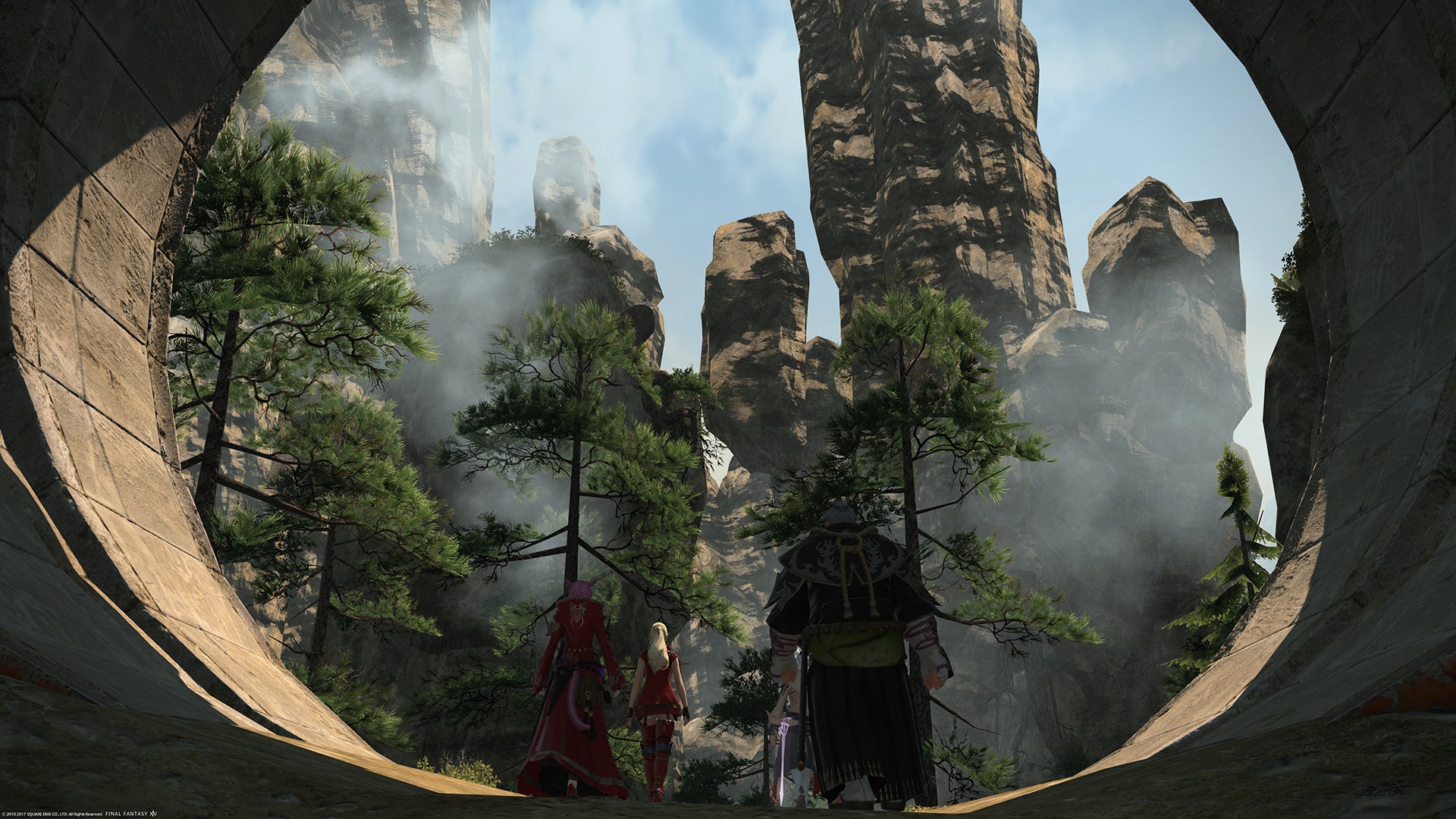 The cinematic framing is on point. 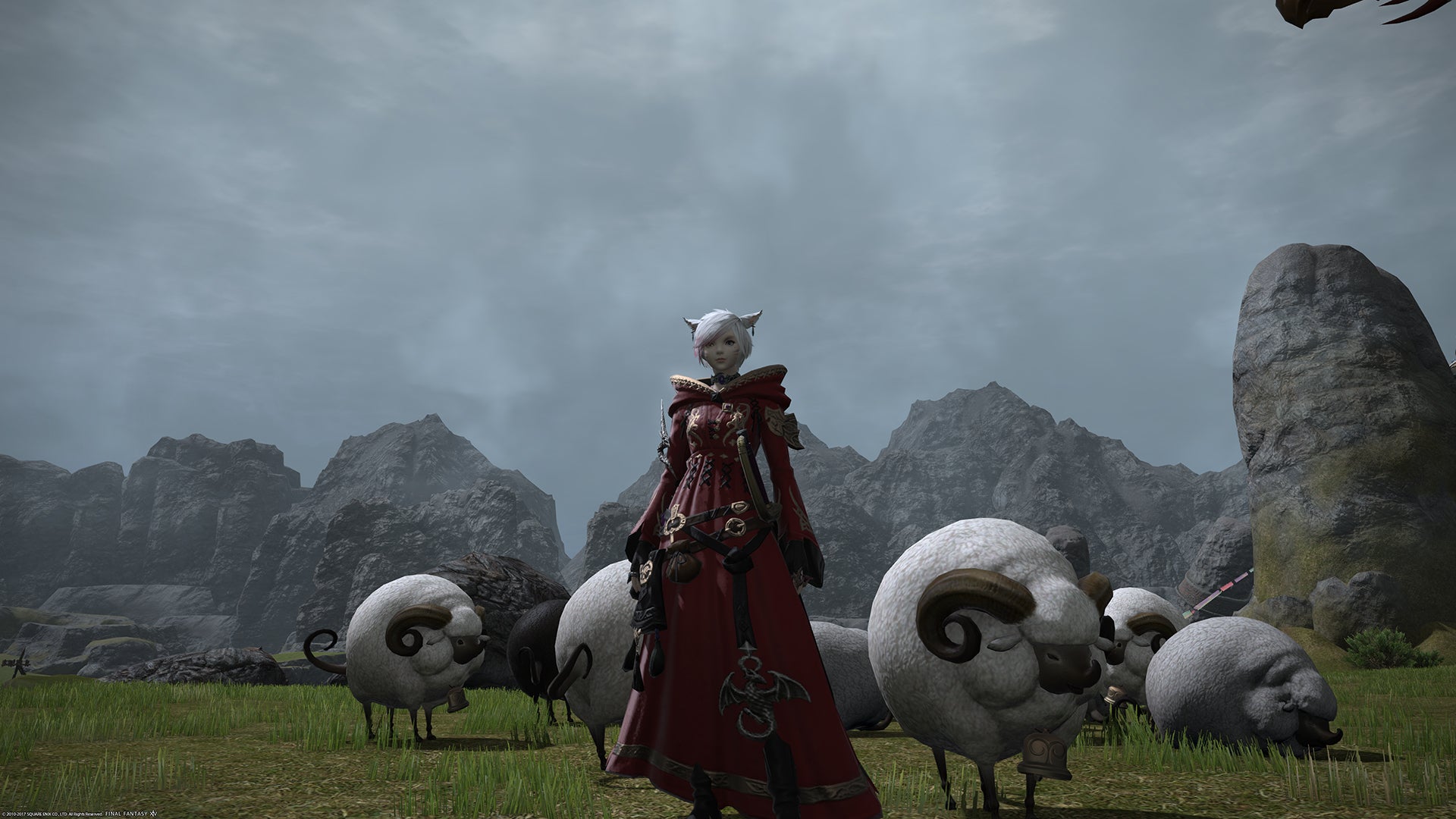 Clan Destine, queen of the sheep people. Or just sheep. 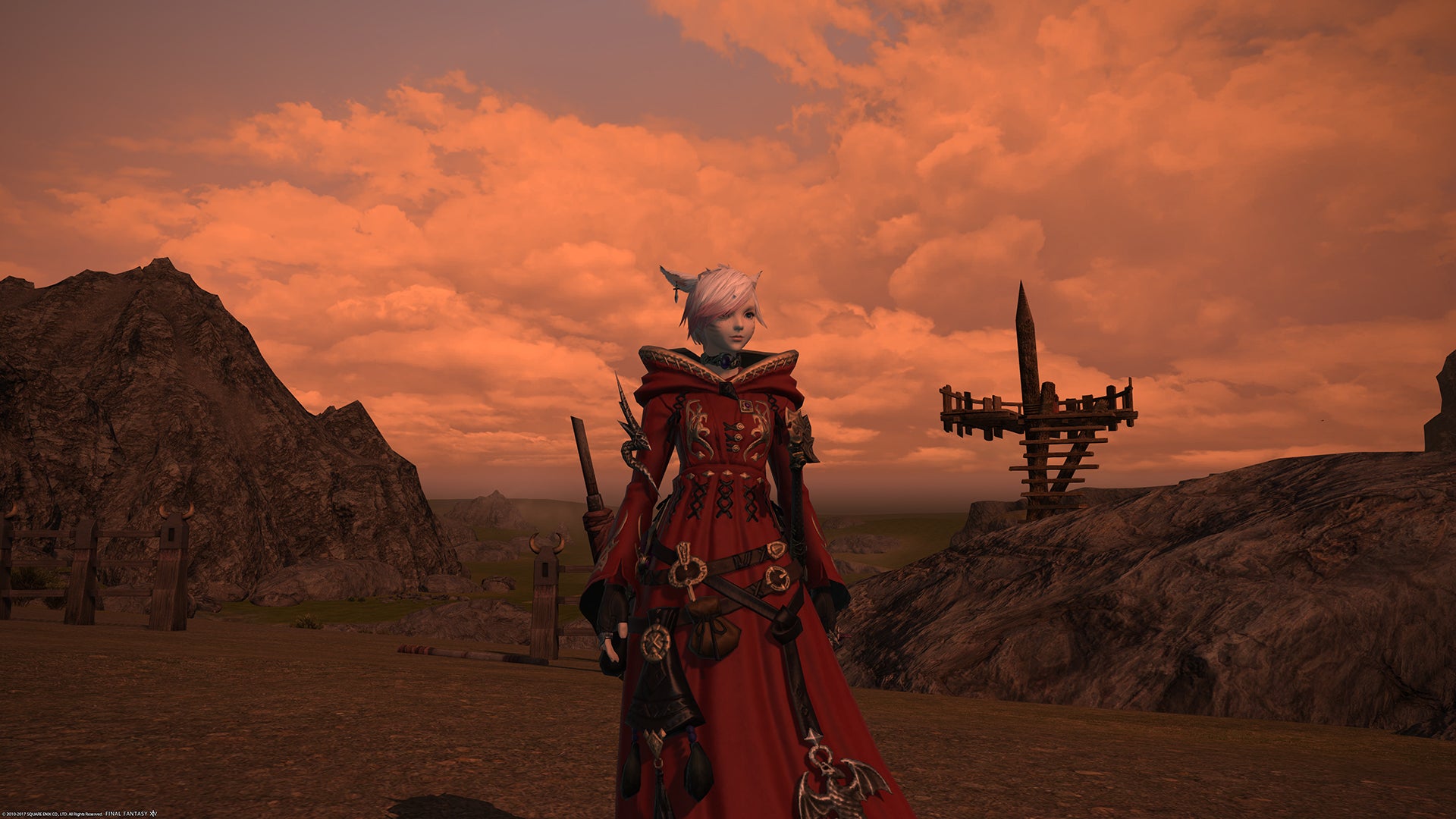 The same location as the shot above, only during sunset. That’s some good sky right there.

One of the most beautiful massively multiplayer RPGs has gotten even more beautiful with its Eastern expansion, ramping up atmospheric effects while delivering gorgeous locations filled with strange new creatures. 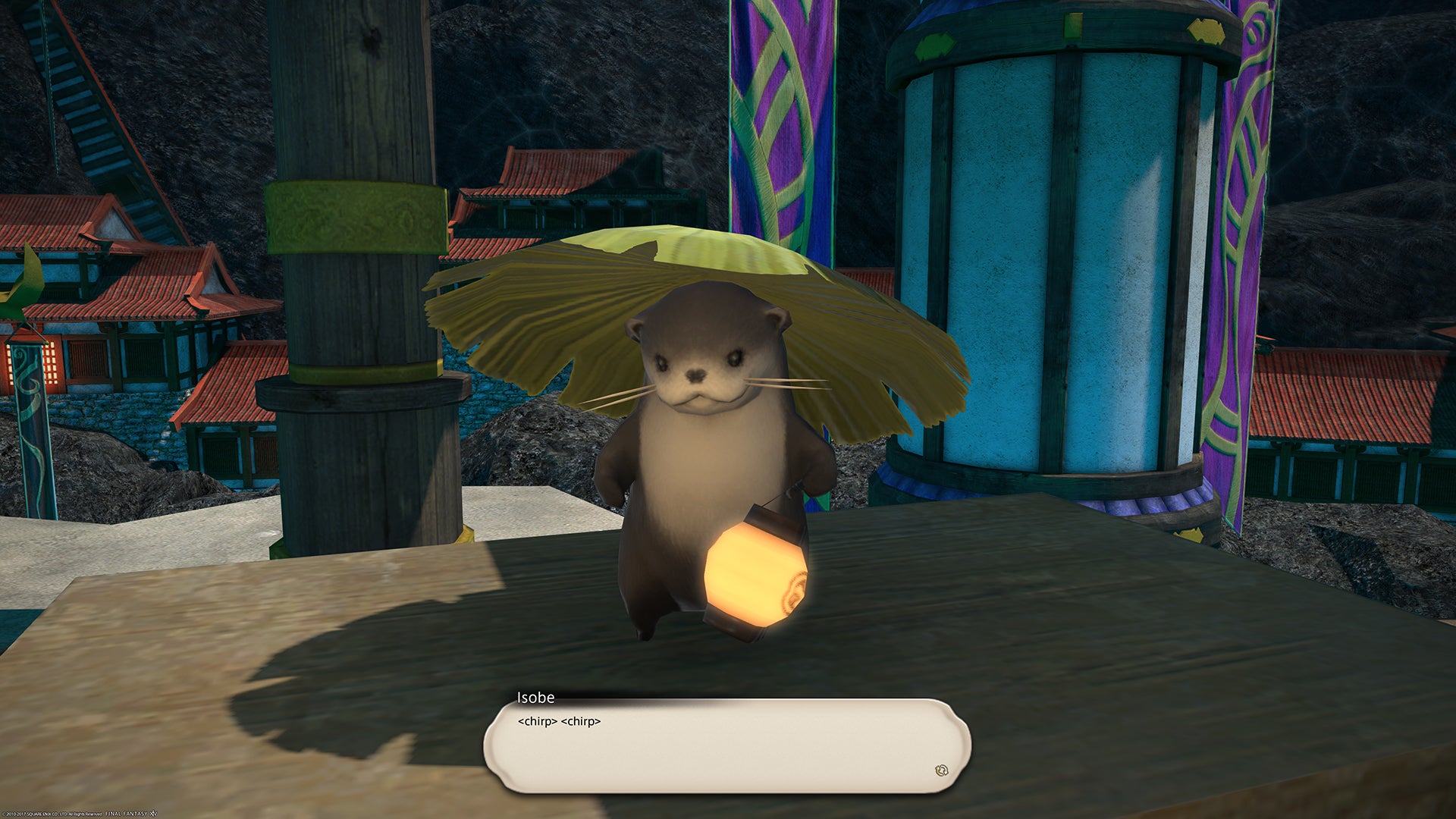 Must have one. Now.

It isn’t just the story that makes Stormblood feel like its own game. Along with the inclusion of two new job classes, Red Mage and Samurai, Square Enix has introduced significant changes to both job progression and job abilities across the board.

Players no longer have to raise two jobs to a certain point in order to unlock an advanced class. It used to be in order to play a Bard one had to level up the Archer job to 30 and Pugilist to 15. Now it’s straight from 30 Archer to 30 Bard. Instead of levelling other jobs in order to access their special abilities, players now have a set of role-specific abilities that unlock as they level up. 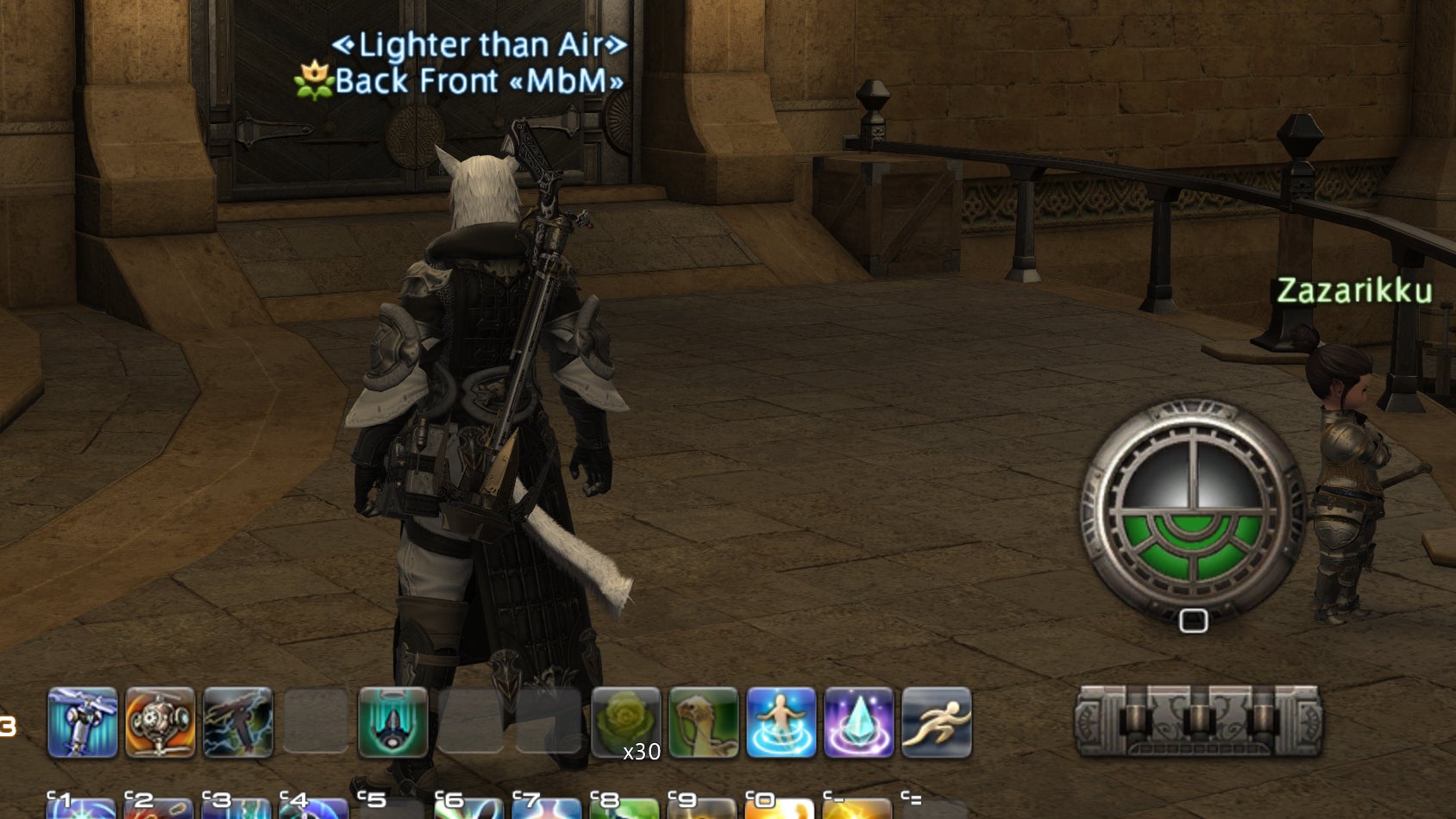 Each job also gets a new ability mechanic of some sort, represented by a special on-screen meter. My Machinist, pictured above, now has an indicator of how much special ammo his rifle is loaded with, along with a heat gauge that ramps up damage the more fired up it gets.

But my poor Machinist is being sadly neglected since Stormblood launched, thanks to my Red Mage. I love this job. Filling a meter with white and black magic and then unleashing it in a series of powerful sword attacks? So good.

Heavensward was my Machinist’s story. This is my Red Mage’s. Final Fantasy 14 continues to do an excellent job at making the player feel like they are the centre of the story, and the thousands of other players going on their own journey are just the surrounding stars. 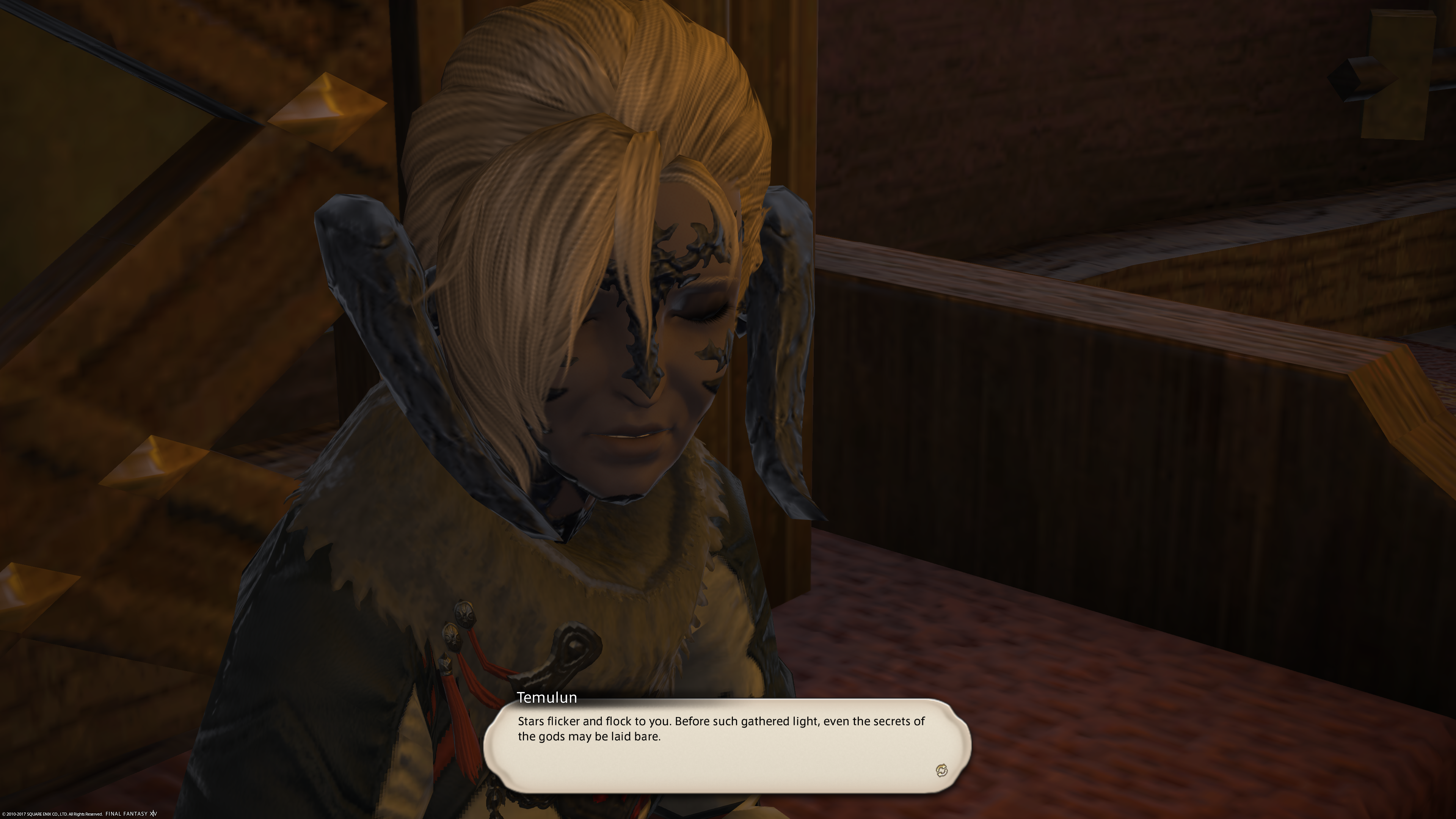 So far she’s been through two dungeons, battled a primal, learned to swim underwater, and helped urge a seafaring organisation to take up arms against the oppressive empire. When last I left my beloved Clan, she was poised at the gates of a challenging trial on the road to uniting the people of Doma’s steppes. It’s just what she does.

She also does a whole lot of questing in order to reach those story beats. Stormblood tries to keep its questing fresh. There’s still a lot of “kill X number of Y creatures” type stuff, but there’s also “mind my store while I’m out and guess what the customers who show up would like to buy” and “find the location shown in this sketch”. Quests aren’t always exciting, but they sure beat grinding experience points by killing random creatures in order to reach the next story beat. Besides, what kind of Warrior of Light would I be if I weren’t up for doing everyone’s basic chores in between bouts of saving the world? I certainly wouldn’t be one worthy of starring in the third-instalment of one of the best massively multiplayer role-playing games going.