Fine Art: Check Out The Incredible Amount Of Detail In A Video Game Vehicle 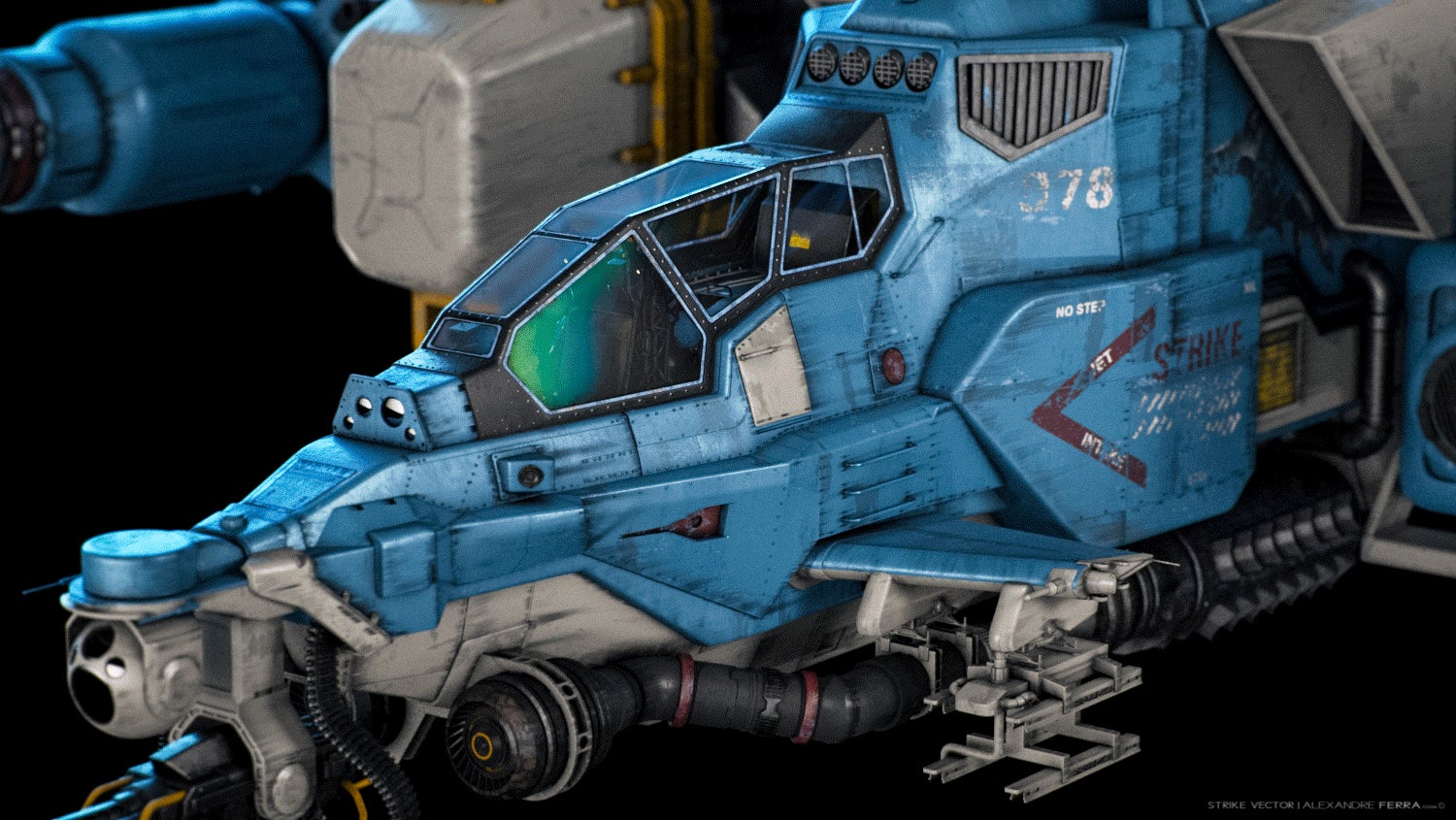 Strike Vector is a game we've featured on Fine Art before — back in 2013! — but we're circling back round to it today to focus on one very particular aspect of it that I thought was interesting enough to share.

Outside of the team making the game itself, a small crew got together to make a trailer (first published just under a year ago) for the console version of Strike Vector.

That team has written up a fascinating series of post-mortem articles, detailing all the work that went into making a 1:55 cinematic video game trailer. Storyboarding, sketches, the works.

I'm going to share a bunch of it here now not just because it looks amazing, but because it sometimes helps to remember just how much preparation and thought goes into something you see whizz past you in a trailer and think "huh OK" before getting on with your life.

Fine Art is a celebration of the work of video game artists, showcasing the best of both their professional and personal portfolios. First up is the fighter featured in the trailer, which had to be designed and built in its entirety, from the biggest panels to the smallest details inside the cockpit (which you can pan around in 3D here). 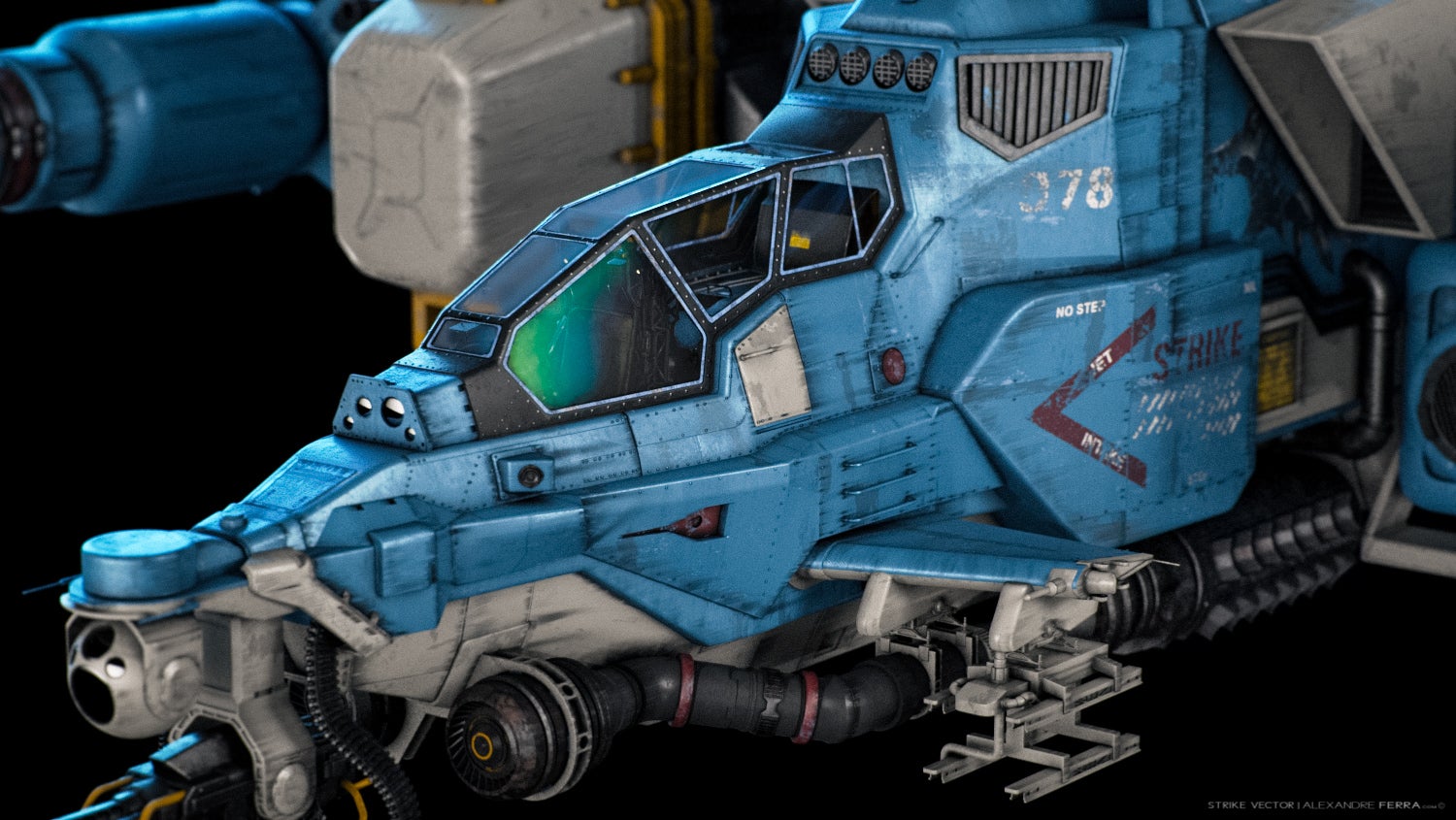 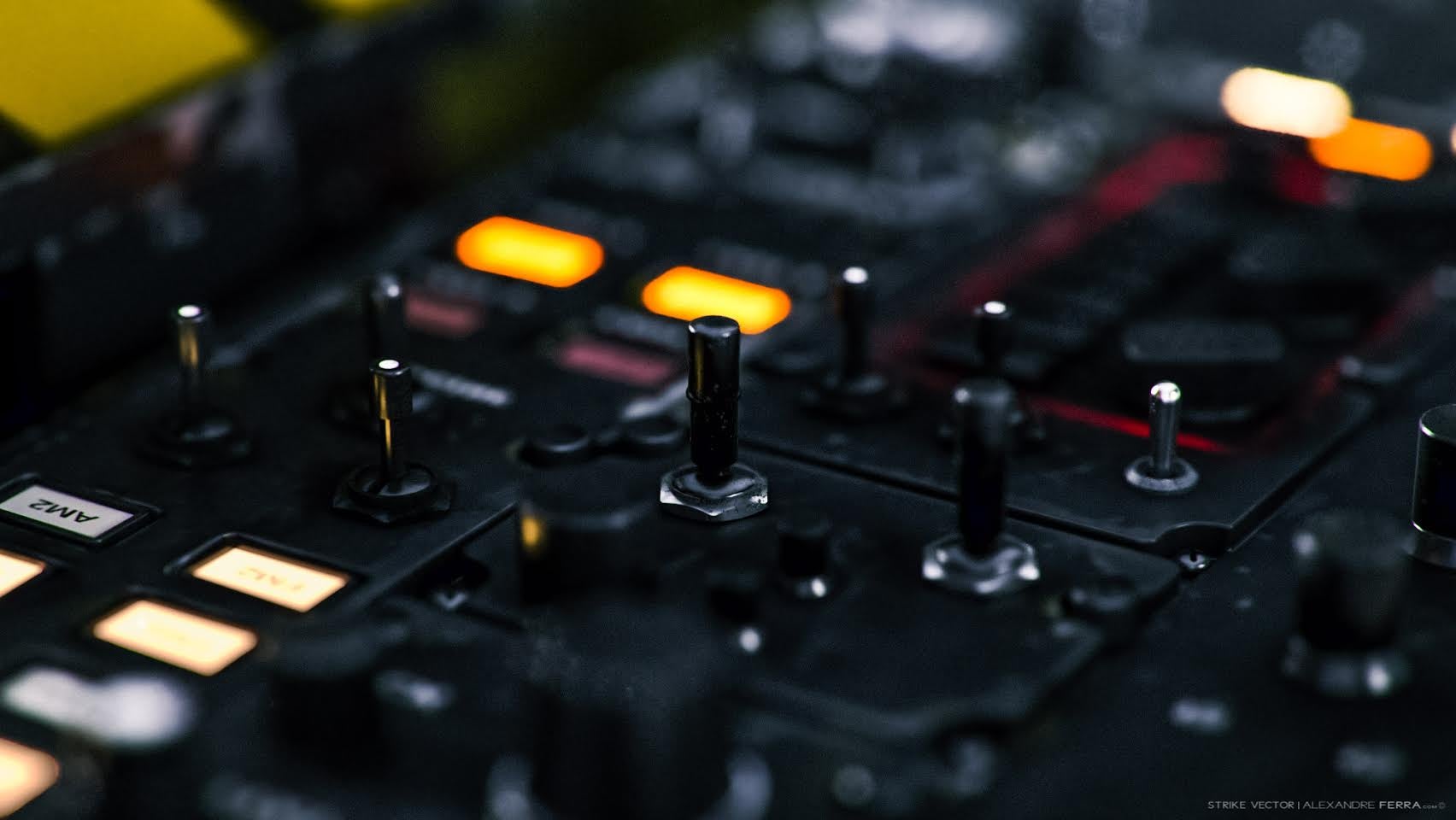 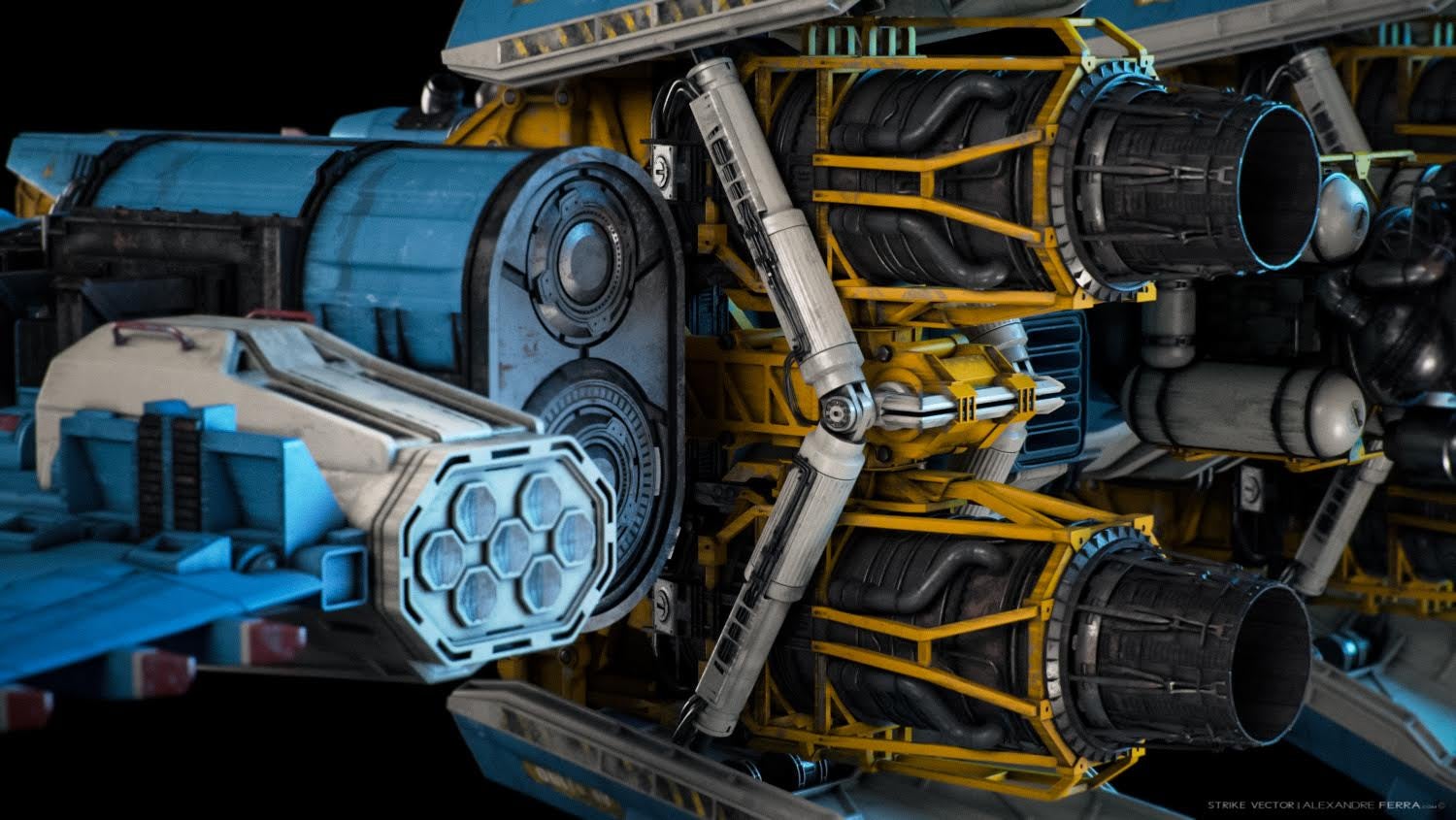 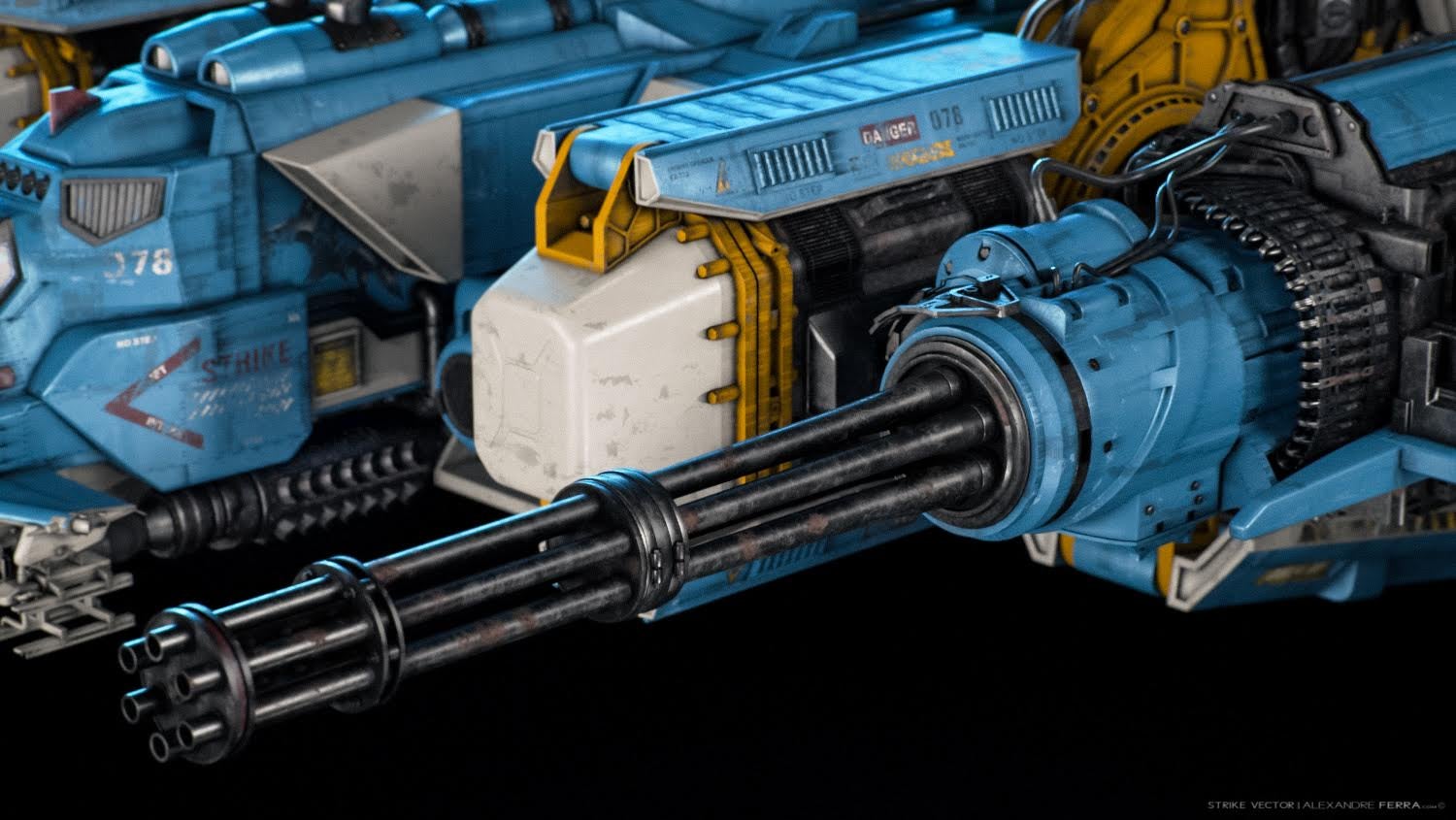 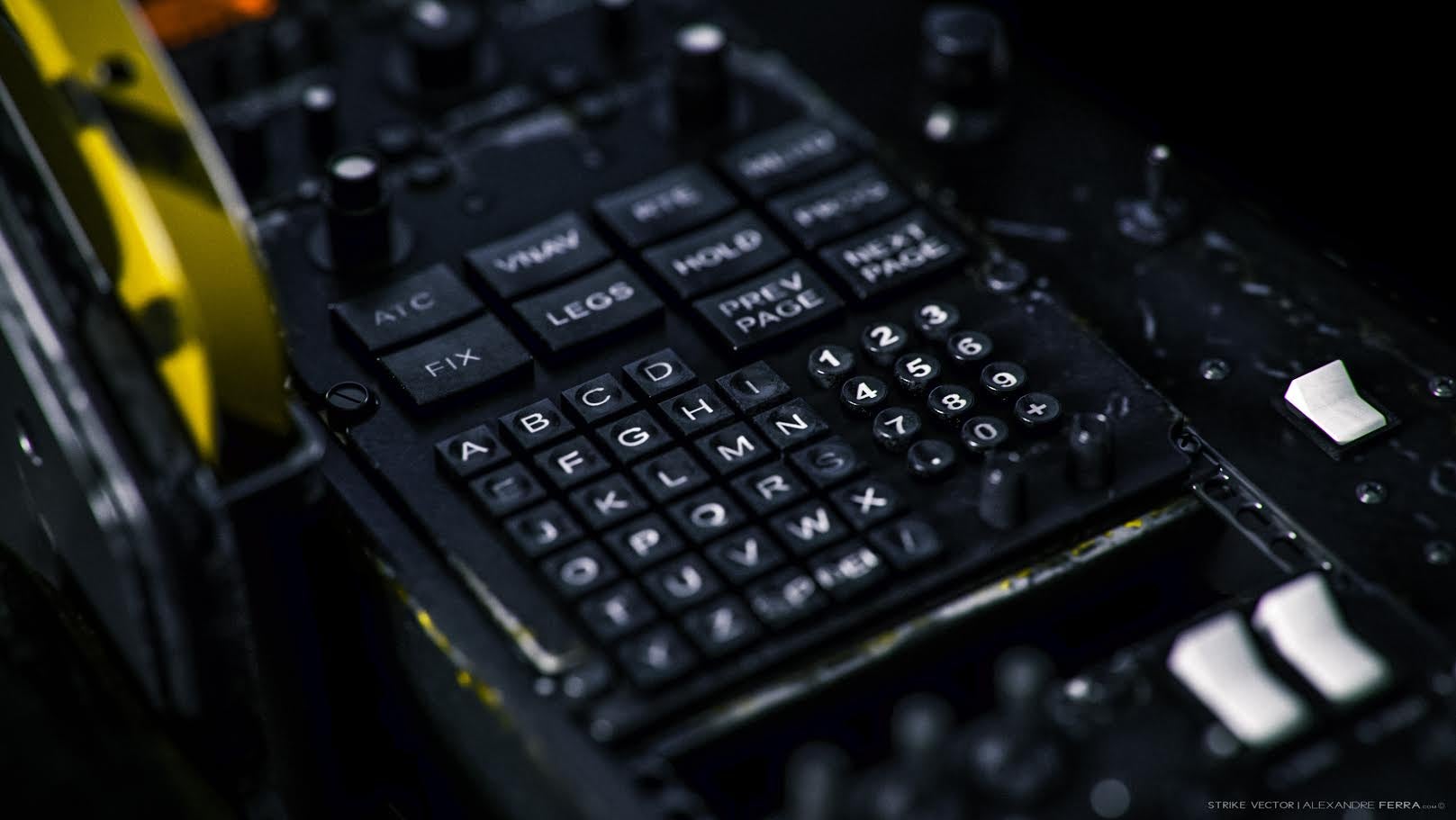 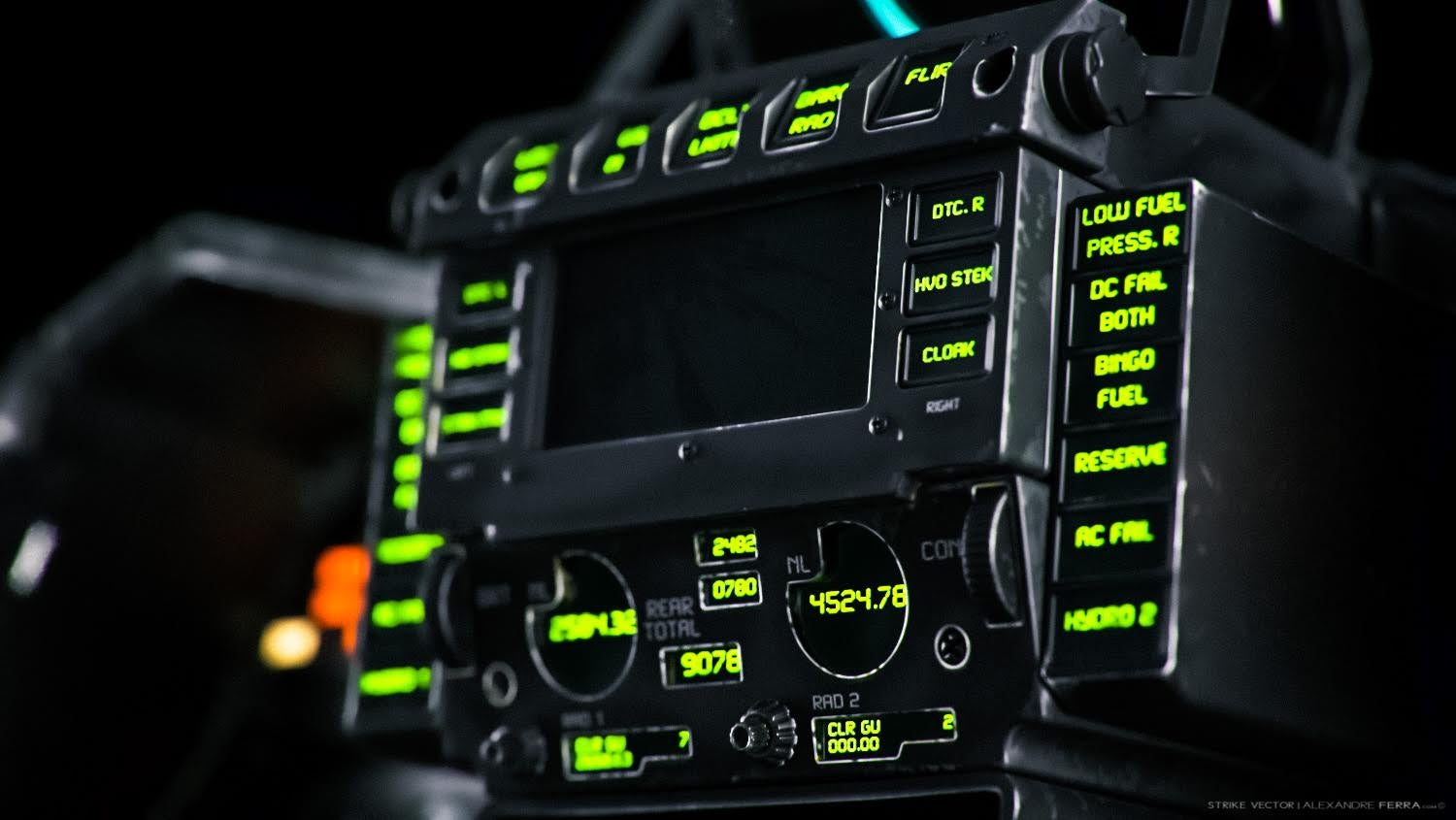 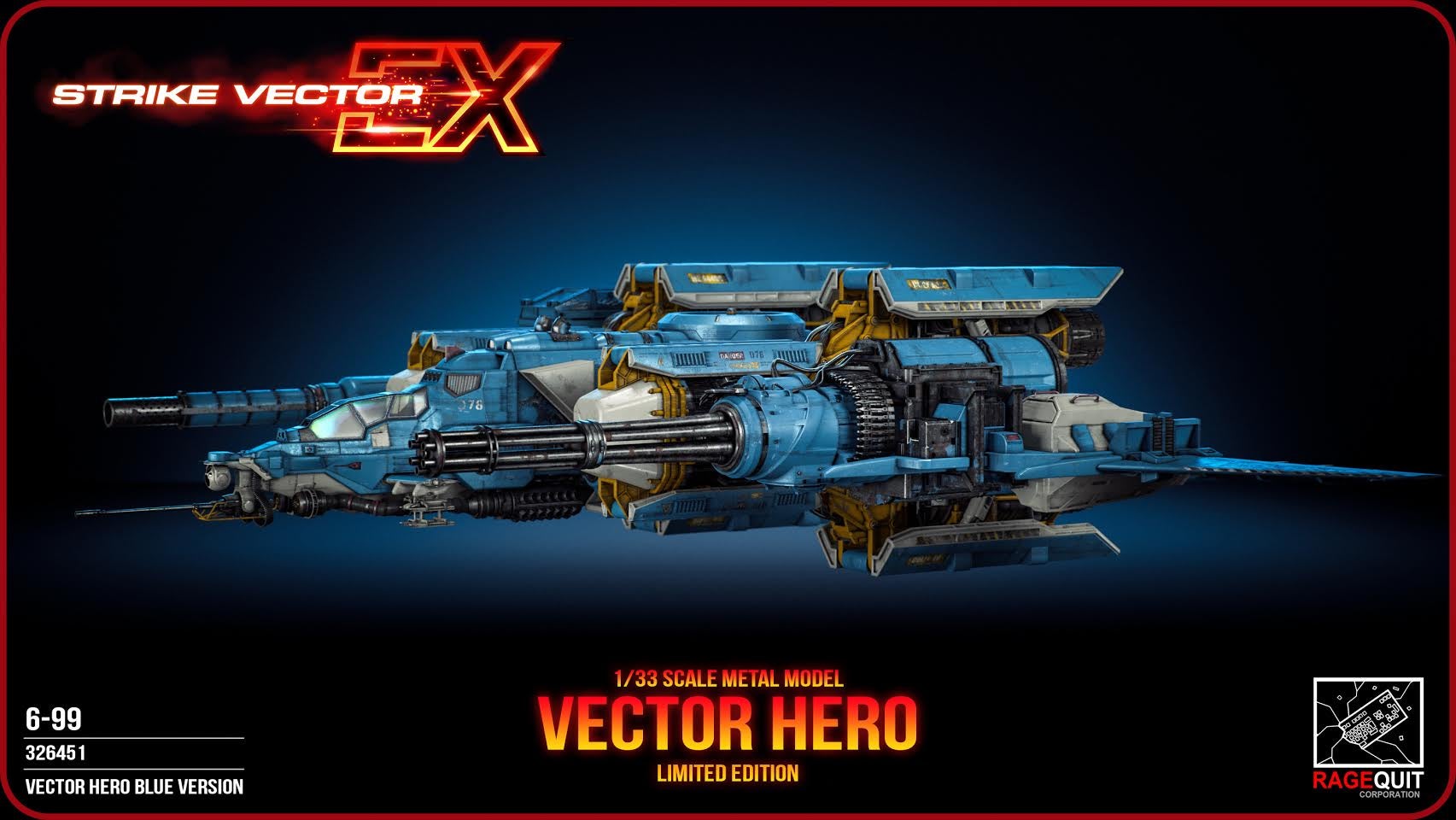 Next is the design of the main pilot featured, done by Fred Augis, whose astounding work on Prey we just highlighted: 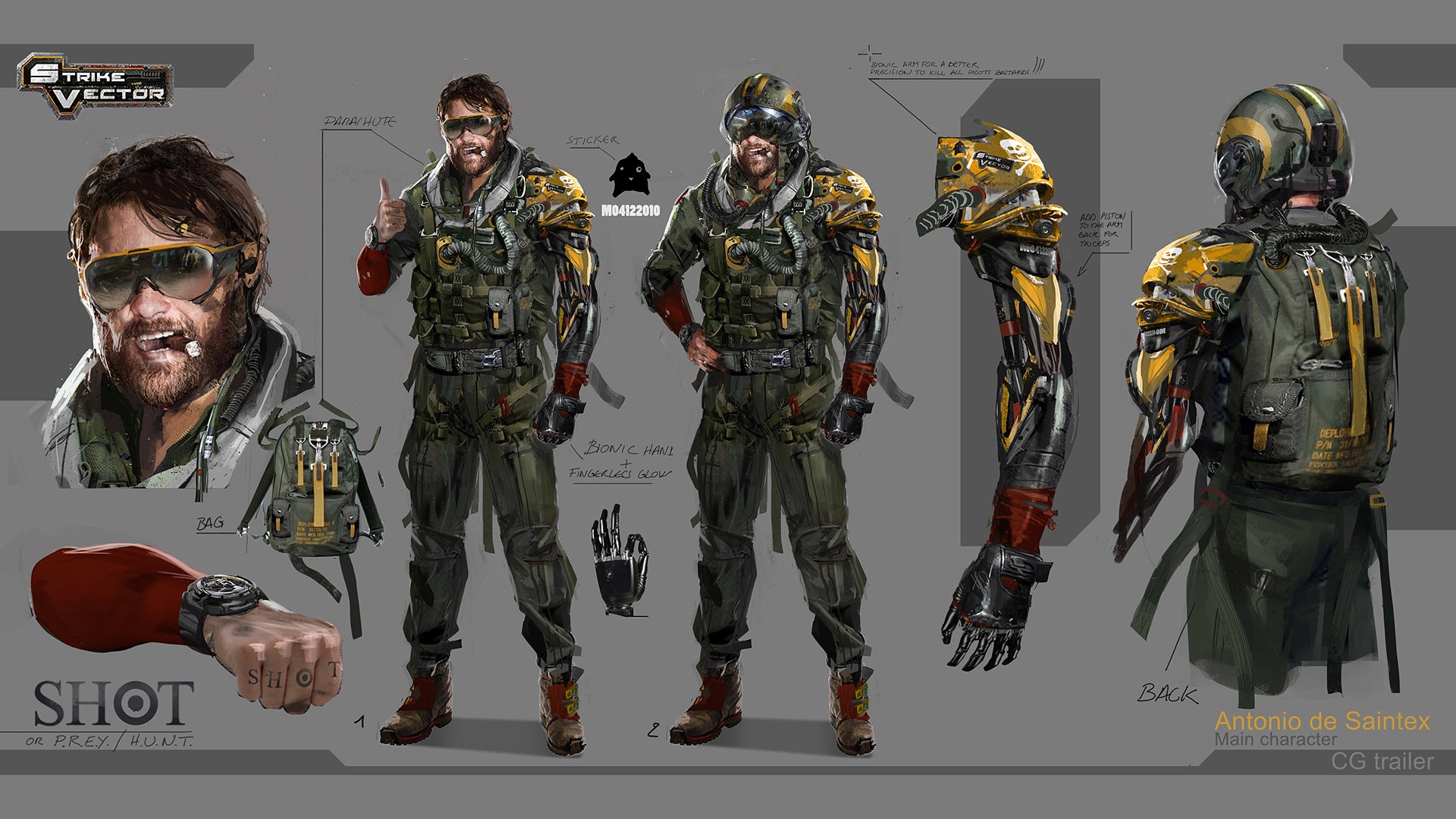 Here's a colour test of the fighter: 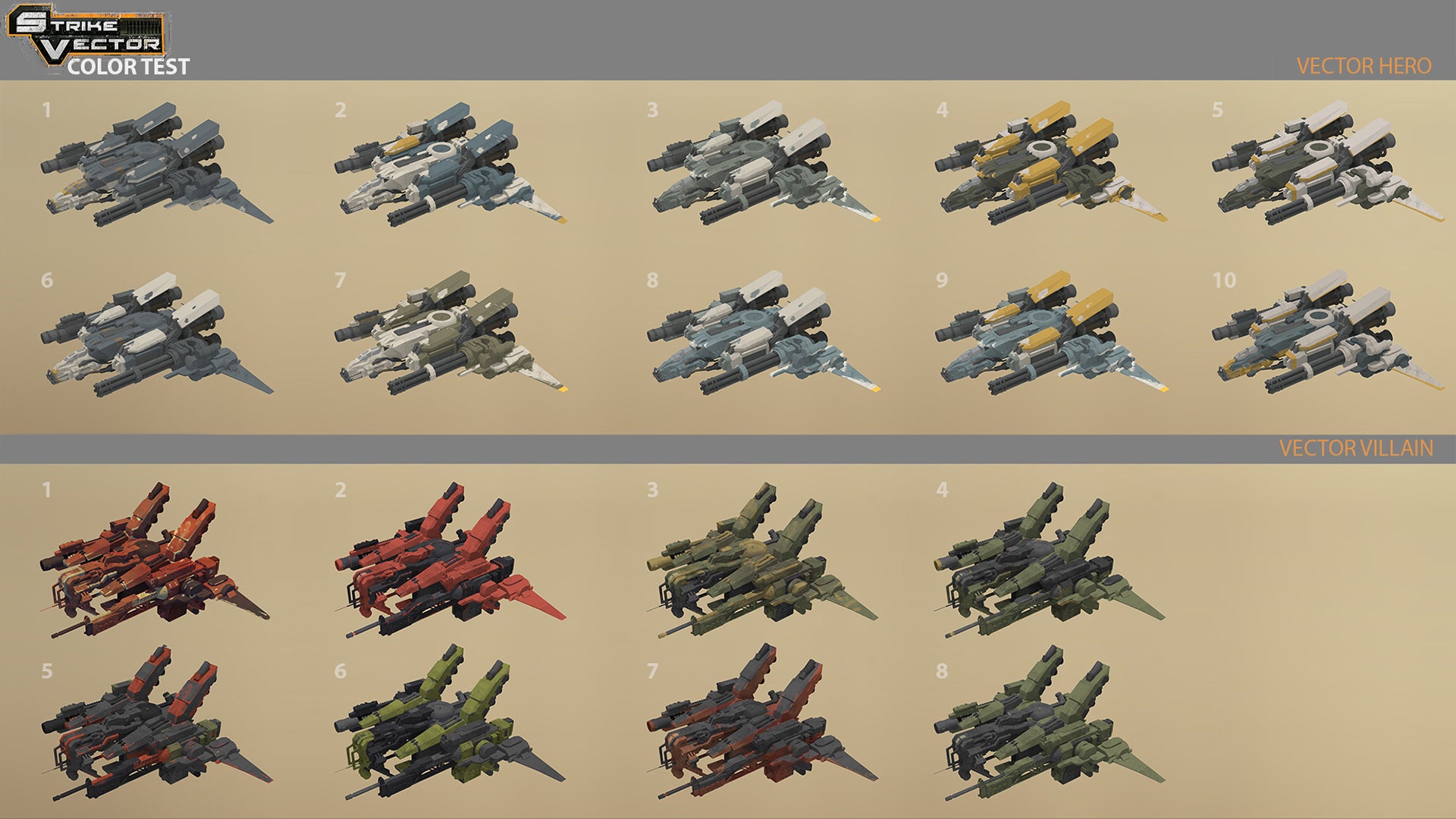 These are storyboards for the trailer: 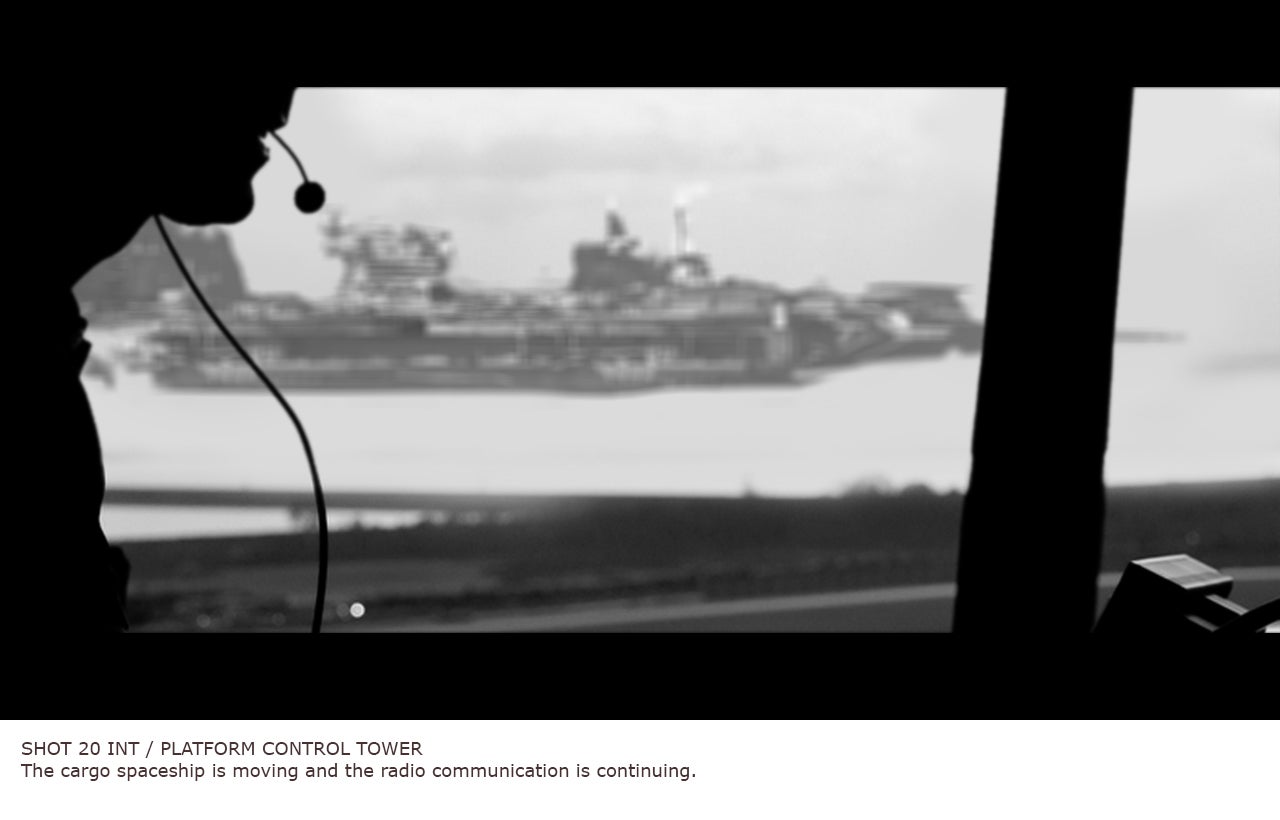 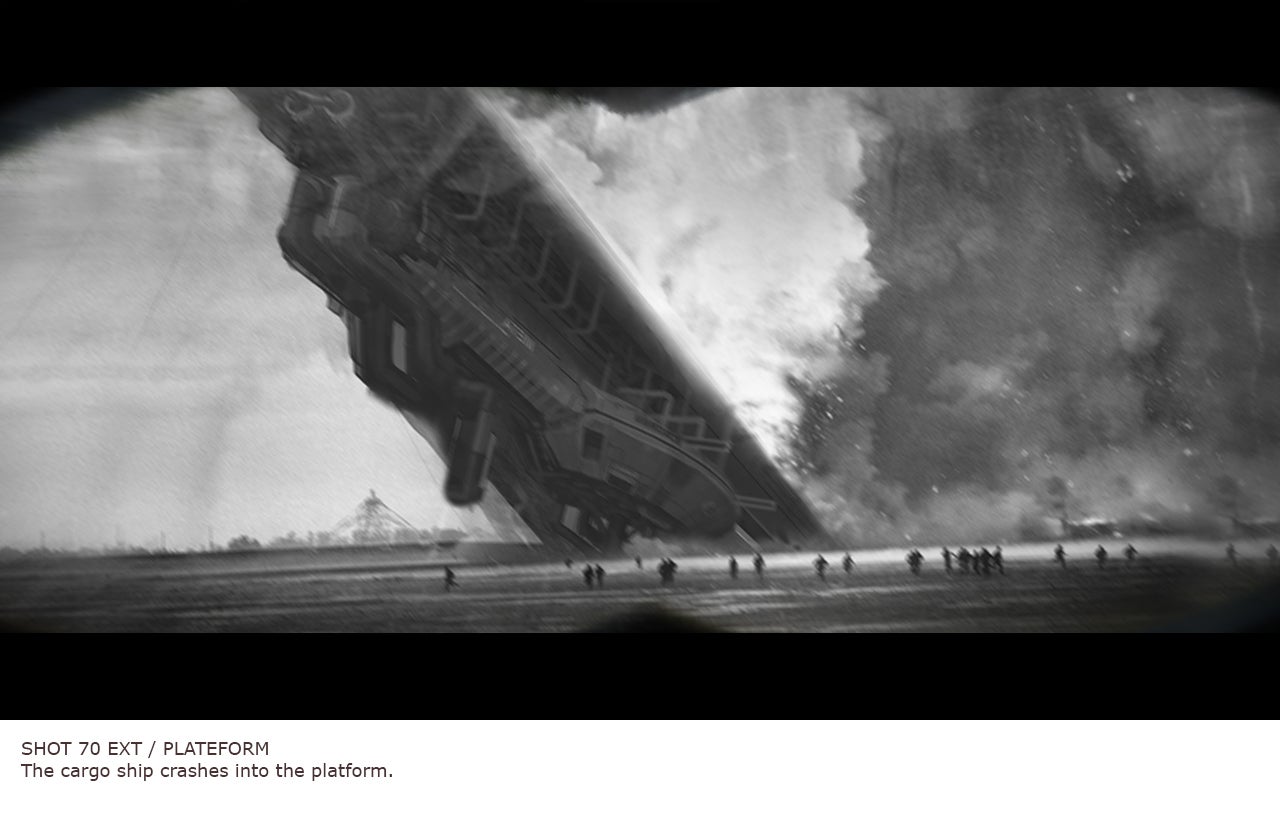 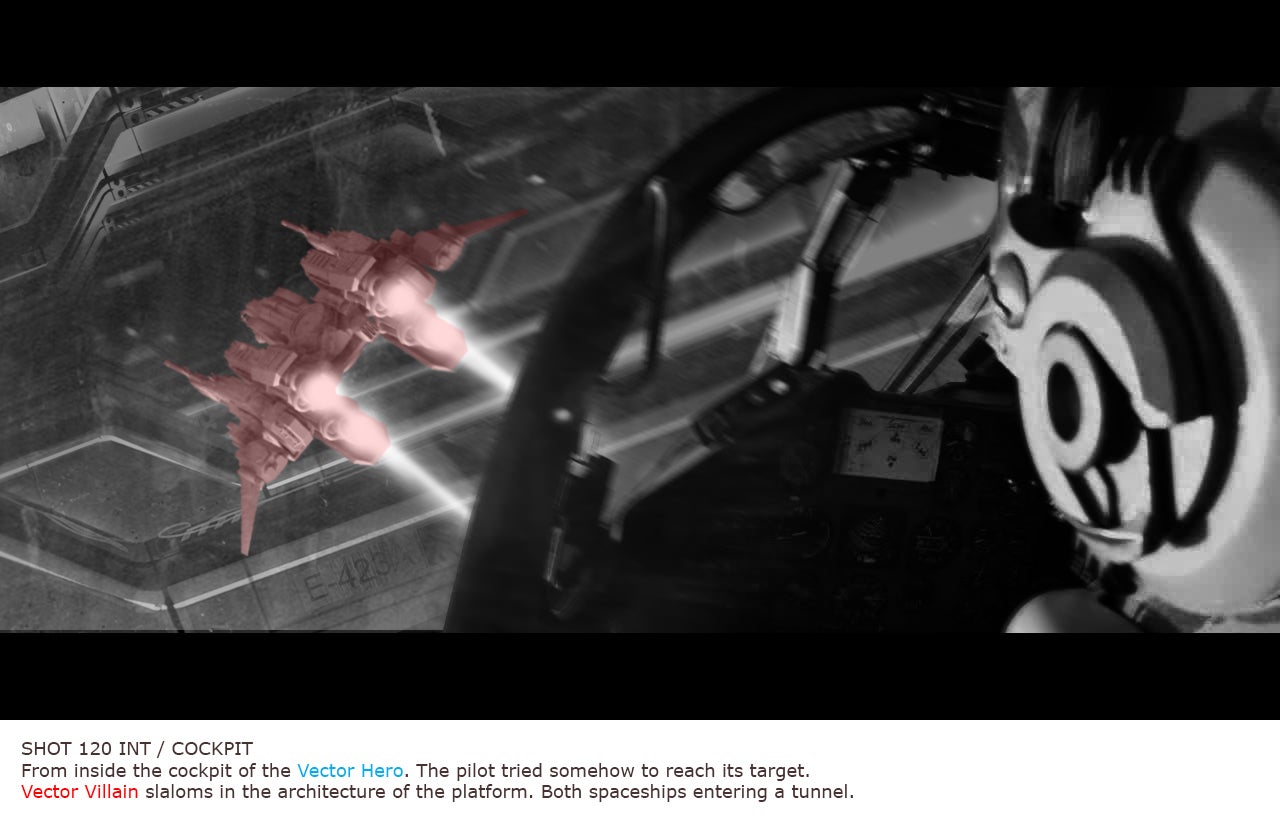 And finally here's the completed model for the fighter, with humans added for scale:

You can see way more progress shots, meet the team and read more about the process of making the trailer at the retrospective site.