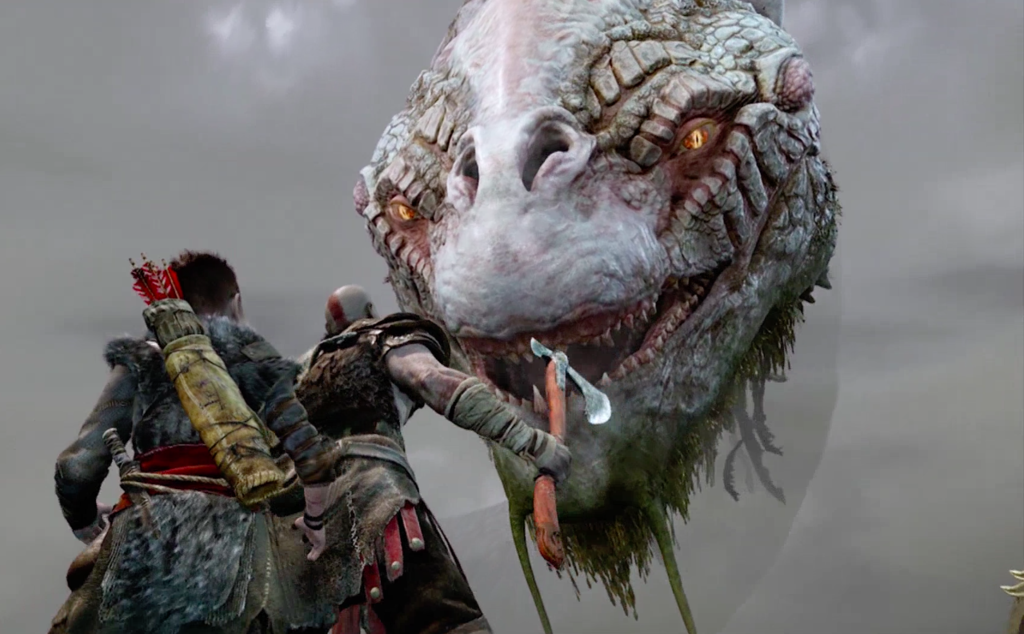 In a new trailer that debuted during Sony's E3 conference, Kratos had a brief quiet moment with his son ("You say I'm cursed," said his son. "You think I'm weak because I'm not like you.") before bisecting half the population of the Norse myth bestiary.

At the end, the father-son duo got confronted by a massive sea beast. Kratos asked his son, who apparently speaks sea beast, what it was saying. "It wants to help us!" he shouted back. So that's gonna be a fun level.

God Of War will be out on PS4 "early" next year.