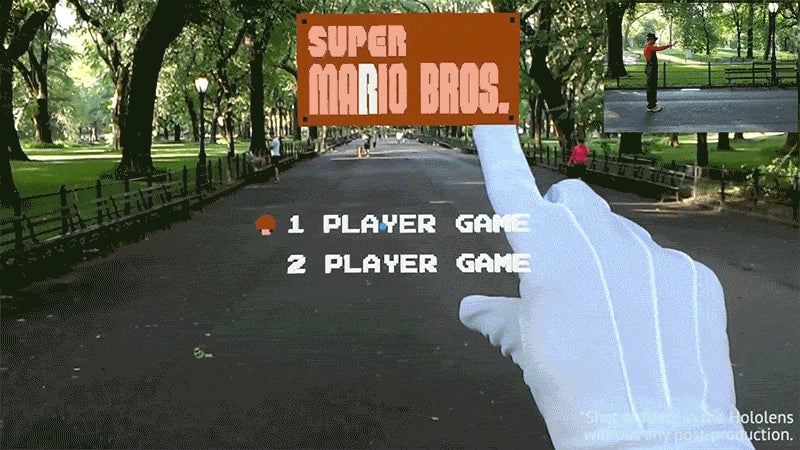 Designer Abhishek Singh created a first-person augmented reality version of Super Mario Bros.' first level, which is very cool. Then he dressed up as Mario to test out his creation in New York City's Central Park. That's the dangerous bit.

On one hand, Singh's AR game does a great job of demonstrating the potential of Microsoft's Hololens tech. In the video, recorded directly from his headset while a second camera captured his movement, pixel hills sprout from the ground, enemies shuffle about and the sky fills with blocky clouds and boxes. Using movement and hand gestures he stomps on goombas, shoots fireballs and avoids obstacles, ultimate capturing the flag and entering the castle beyond. 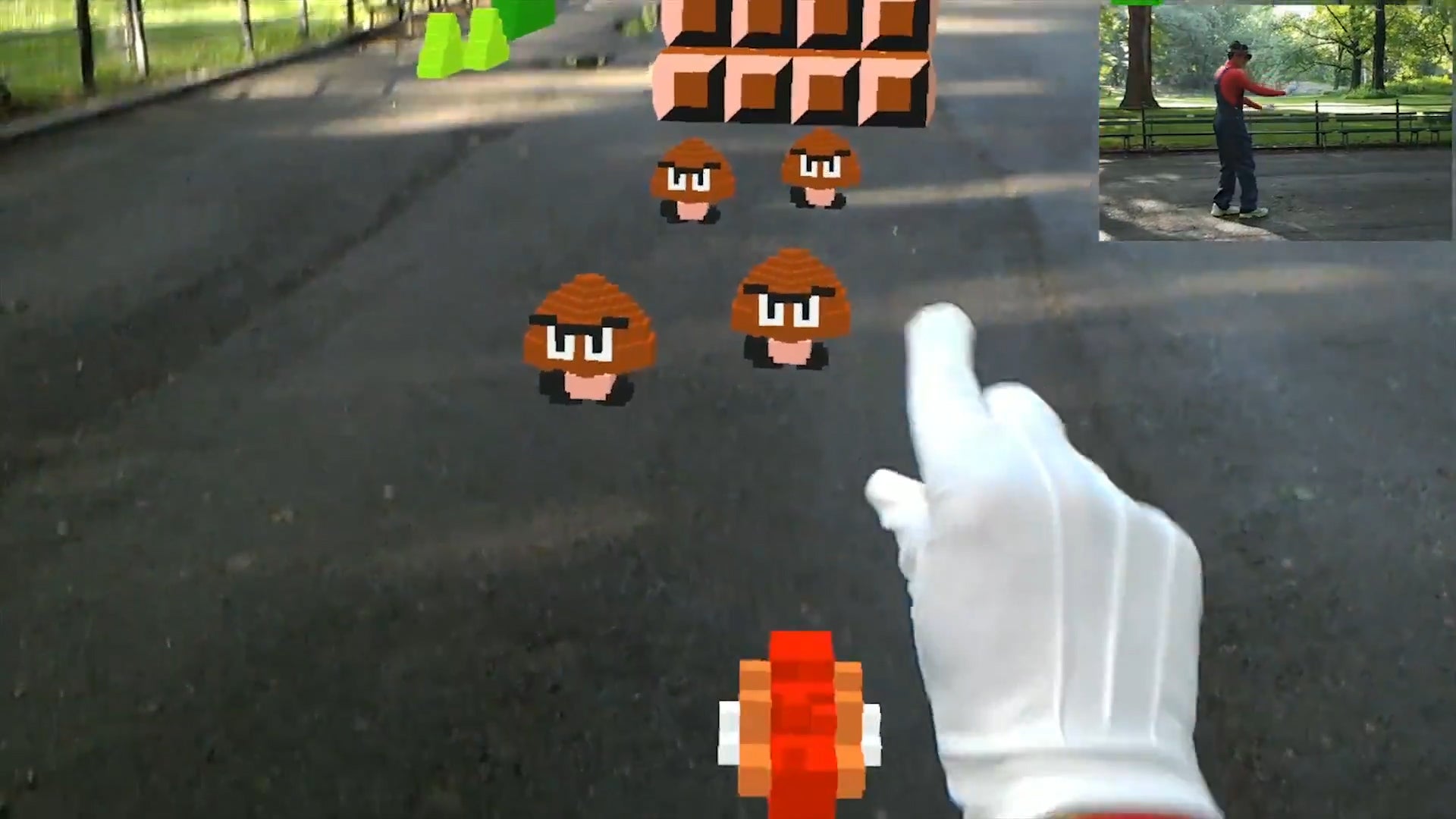 At the same time, he's walking down a path where real people are obscured by bits of Mario's world while dressed like a video game character, wearing a very expensive piece of tech on his head. When he enters the castle at the end of the run he's surrounded on three sides by orange walls only he can see. 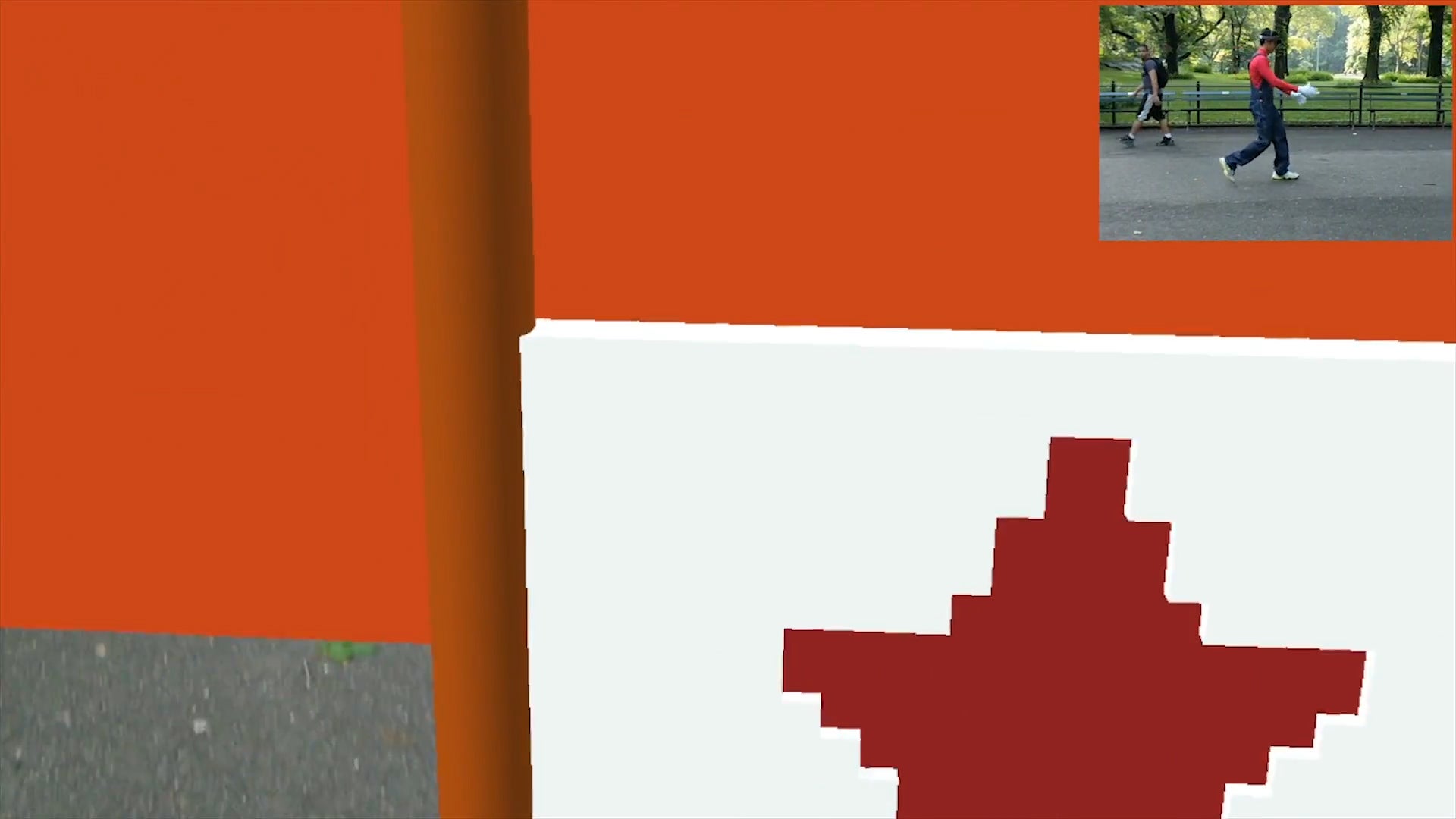 Note the guy walking by in the top corner. He has no idea what is going on.

It's the sort of augmented reality project that begs for a more controlled environment, but damn if the technology isn't impressive. Check out Singh's full run in the video below.

Hit up shek.it to see more of the cool stuff Abhishek Singh has come up with.