Game Freak Is More Than Just A Pokemon Developer 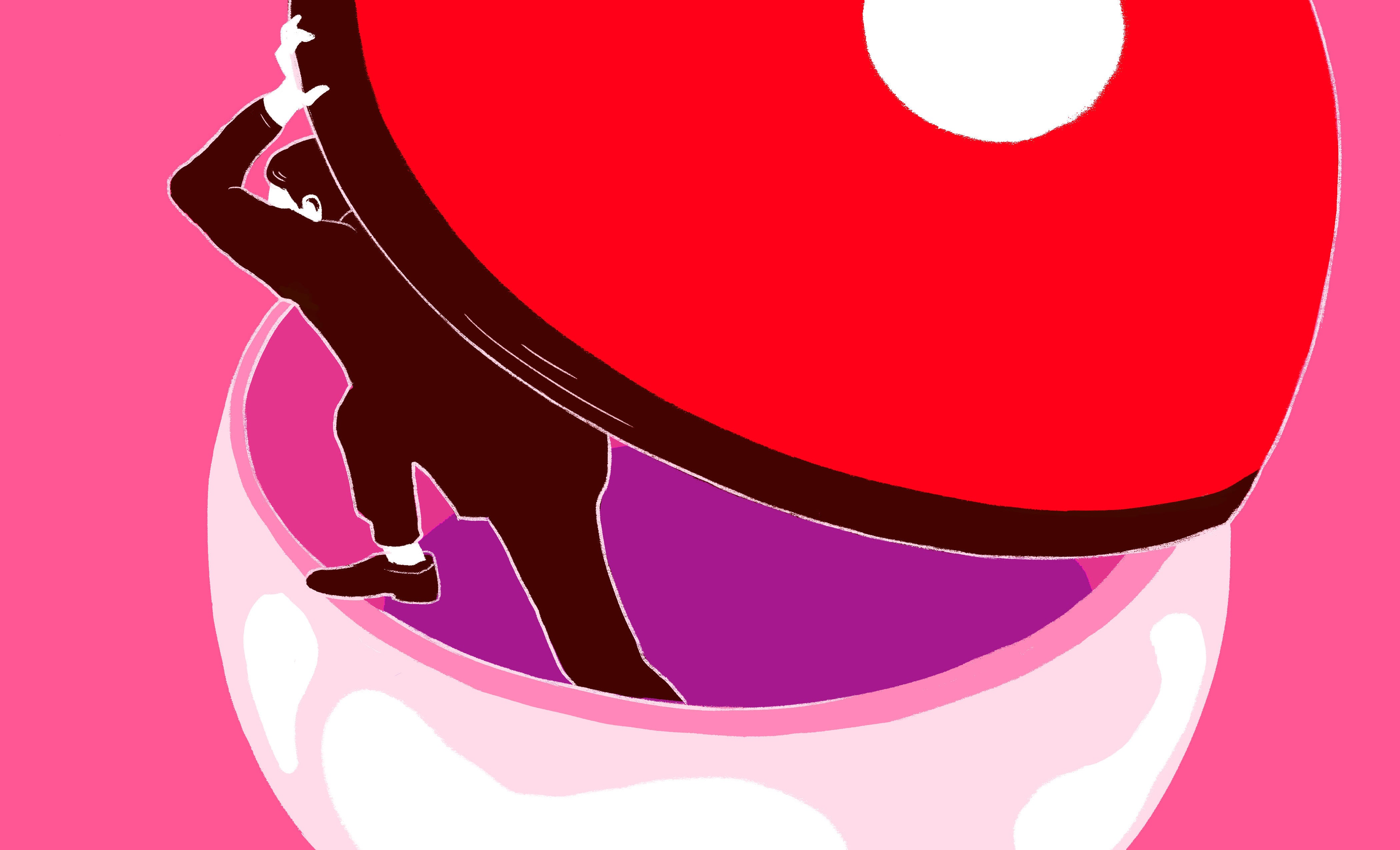 Game Freak is best known for one thing: Pokemon. But while they created the iconic franchise, Game Freak isn't afraid to let its developers get their sea legs making non-Pocket Monster games on non-Nintendo hardware. That's why, in the past few years, Game Freak has released a number of totally original titles on platforms you might not expect.

While HarmoKnight and Pocket Card Jockey both appeared on the Nintendo 3DS, Tembo the Badass Elephant was released on the PS4, Xbox One, and Steam, and the more recent Giga Wrecker was released on Steam this past February. All four were born from an in-house program called "Gear Project," in which Game Freak devs create original games. 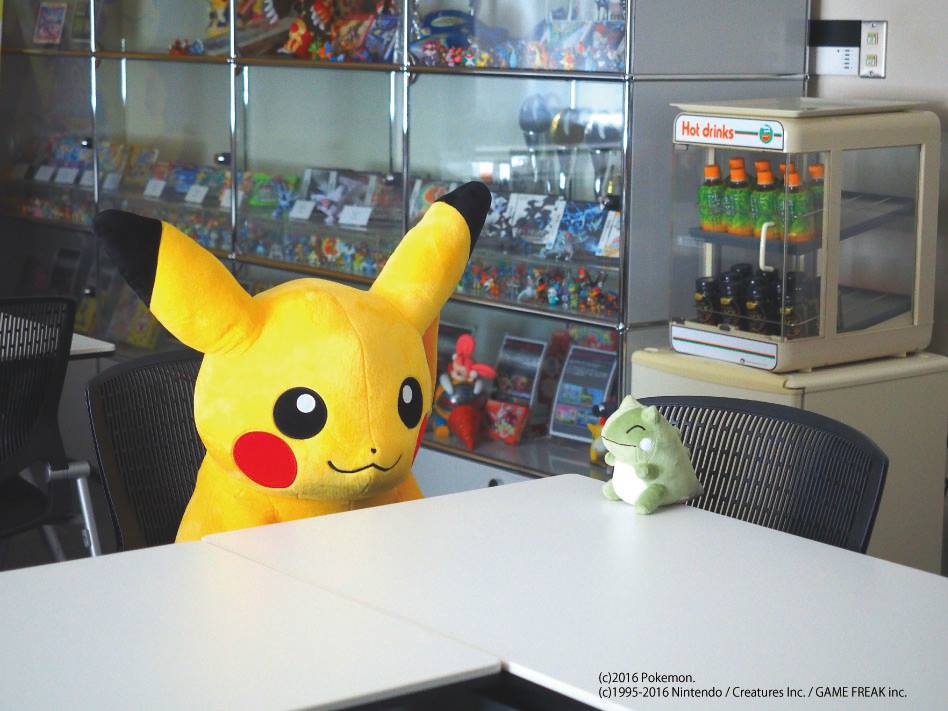 Gear Project is more than a way for devs to make non-Pokemon games — it reflects the studio's DNA. Founded in 1989, Game Freak first cut its teeth on puzzle game Mendel Palace for NES, but then moved on to the Sony-published SNES title Smart Ball. Yet even after Pocket Monsters: Red and Green came out in 1996, Game Freak continued to work sporadically on non-Nintendo, non-Pokemon games.

It put out monkey-platformer Bazaru de Gozaru no Game de Gozaru for the PC Engine, and between Pokemon Gold and Silver and Pokemon Crystal they released the Sony-published Click Medic in 1999 for PlayStation.

After that, Game Freak went on a Pokemon tear, releasing almost only Pocket Monster games between 2000 and 2012. It was during that period that Gear Project was launched, giving developers an opportunity to experiment, explore, and stay fresh. 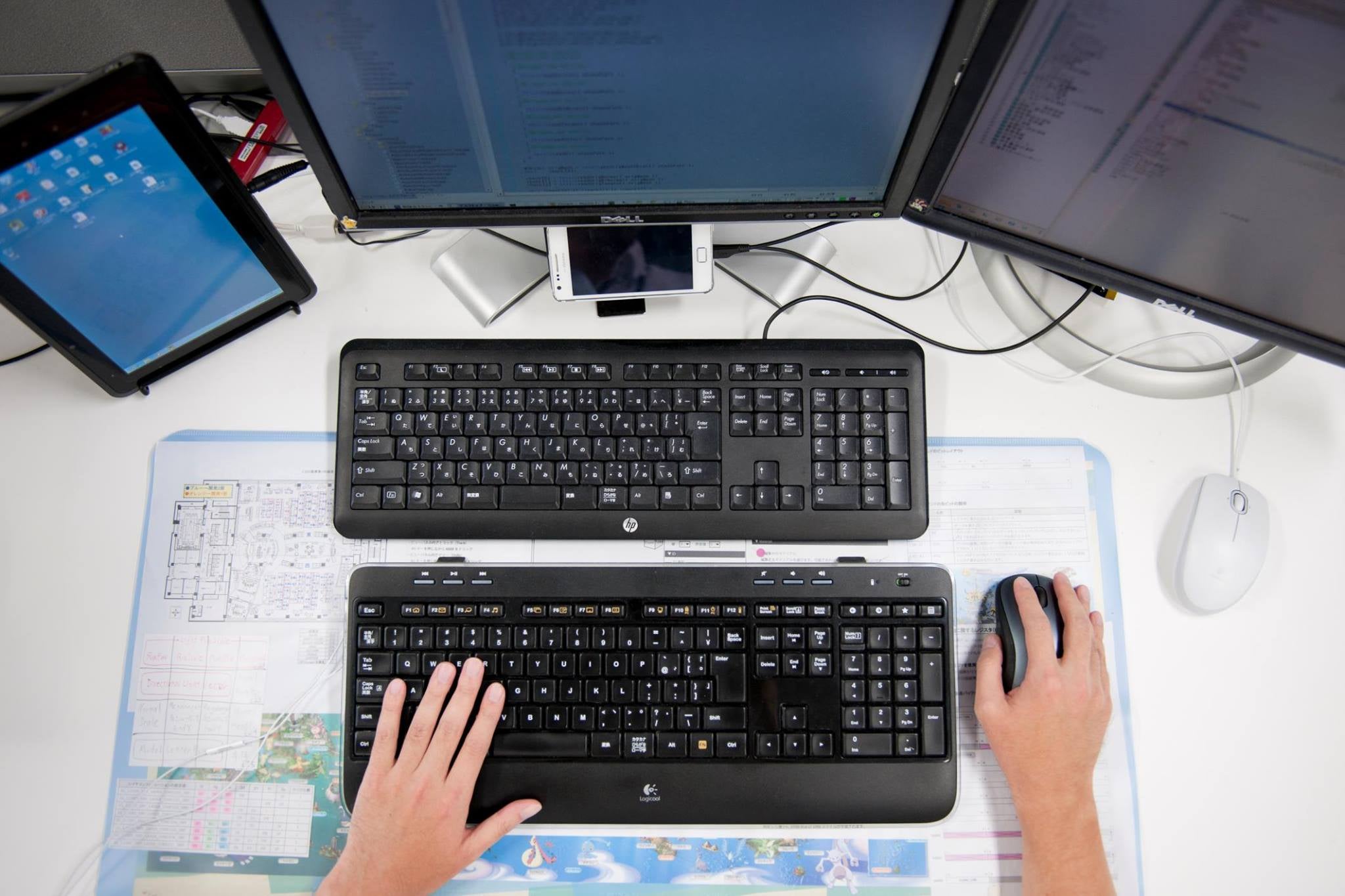 "I've been at Game Freak for seven years, but ever since I've joined the company, I knew they had a system that let devs make their own games," programmer Masayuki Onoue recently told Kotaku at BitSummit in Kyoto. "So originally I wanted to make my own game, and, with that in mind, I joined Game Freak."

Onoue has worked as a programmer on Pokemon games since Black and White Version 2. This past February, he released his first game as a director, called Giga Wrecker, on Steam. It seems unusual for Game Freak to develop non-Pokemon titles, let alone release them on Steam. That, however, is the point.

"When you make one [Pokemon] title, you spend several years working on it," says Onoue. "So when that's finished, I think people want to work on something new and come up with ideas for things they want to do." 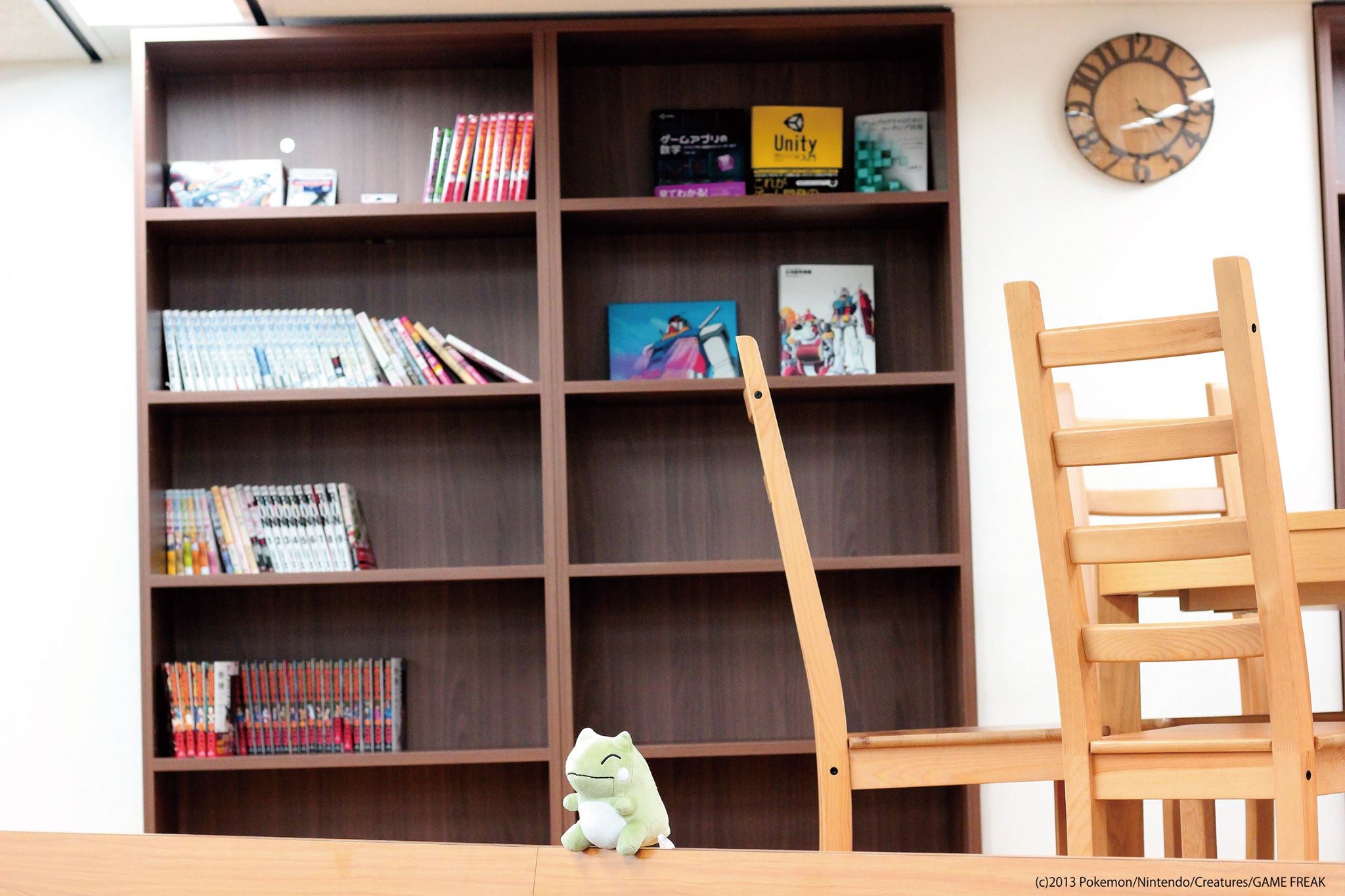 Gear Project is open to anyone at Game Freak. They pitch their ideas, and the ones the higher-ups think sound interesting get the ok for their creators to spend three months making a prototype. The developers don't just make the prototype in their free time; they spend work time on their projects. Gear Project is scheduled in such a way that it doesn't fall close to Game Freak's busiest times (such as debugging the latest Pokemon game).

"After the three month period, the prototypes are then judged by several Game Freak members," explained Onoue. They decide whether it's worth extending the prototype development period, ending the project there, or even greenlighting the concept into an actual game.

I tell Onoue that it seems to me that other big name Japanese game studios might be reluctant to let staffers work on anything that isn't their marquee franchise. Game Freak's approach appears to be liberating and encouraging of creativity instead of thwarting it. "Do you think this is a way Game Freak developers can refresh after a big Pokemon release?" I asked. 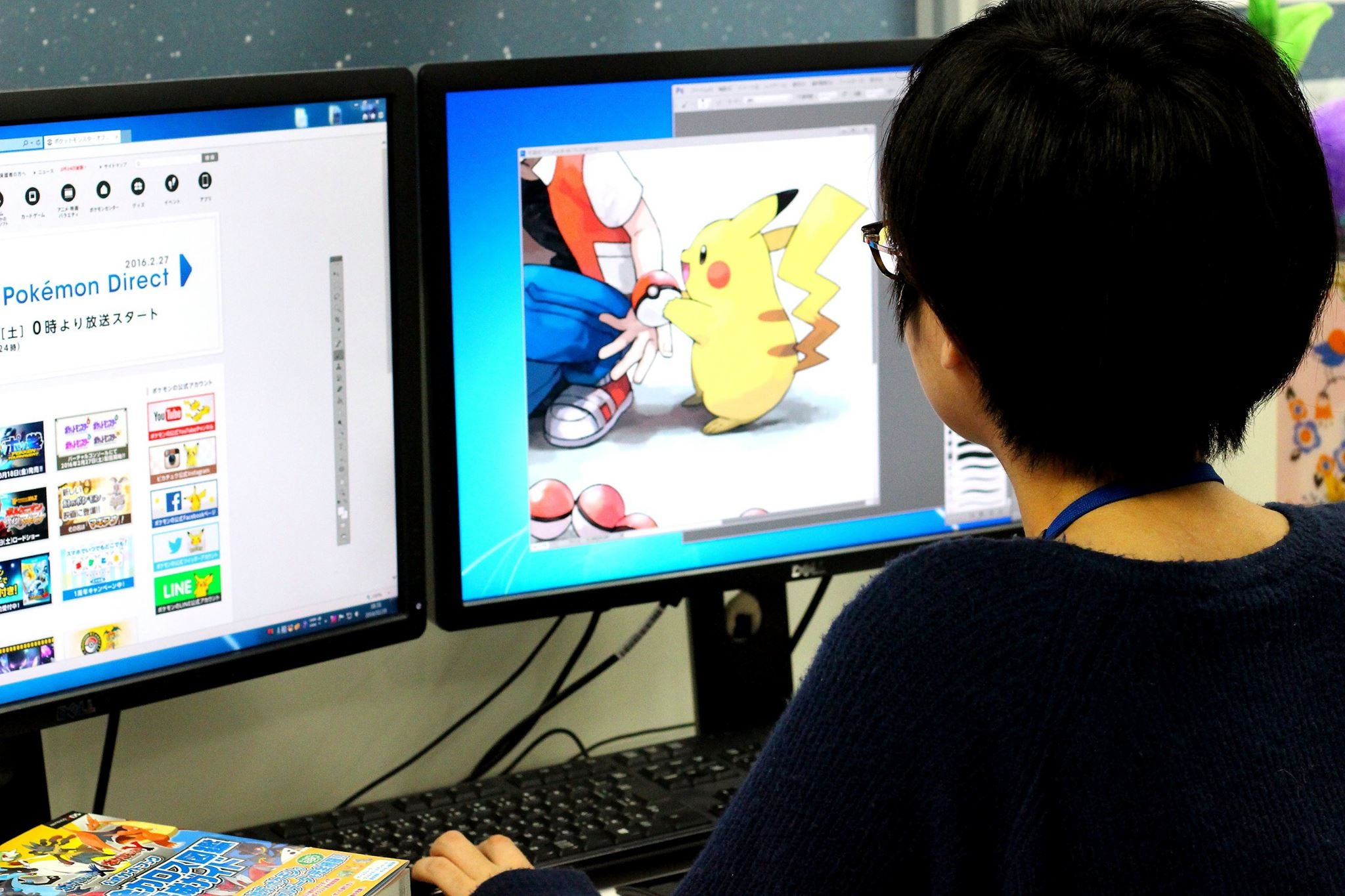 "Yeah, making Pokemon is lots of fun, but I felt like I'd like to make at least one original game I could call mine," said Onoue. "It's because of Pokemon that we're able to make this [Giga Wrecker]."

The world of Japanese business is cutthroat. Relationships between companies can get complicated, which is why it's even more interesting to see Game Freak put out titles on non-Nintendo hardware. But at Game Freak, the developers pitch their prototypes with freedom. There aren't any restrictions on hardware whatsoever (ditto for genre and development tech). "The platform is up to the director," said Onoue.

"I believe there's one director who is thinking about releasing a game on the PS4, while there's another one who wants to put out a PC game. It really depends on the title." It wouldn't be the first PS4 title from Game Freak, as 2015's Tembo the Badass Elephant hit PS4, Xbox One, and PC. 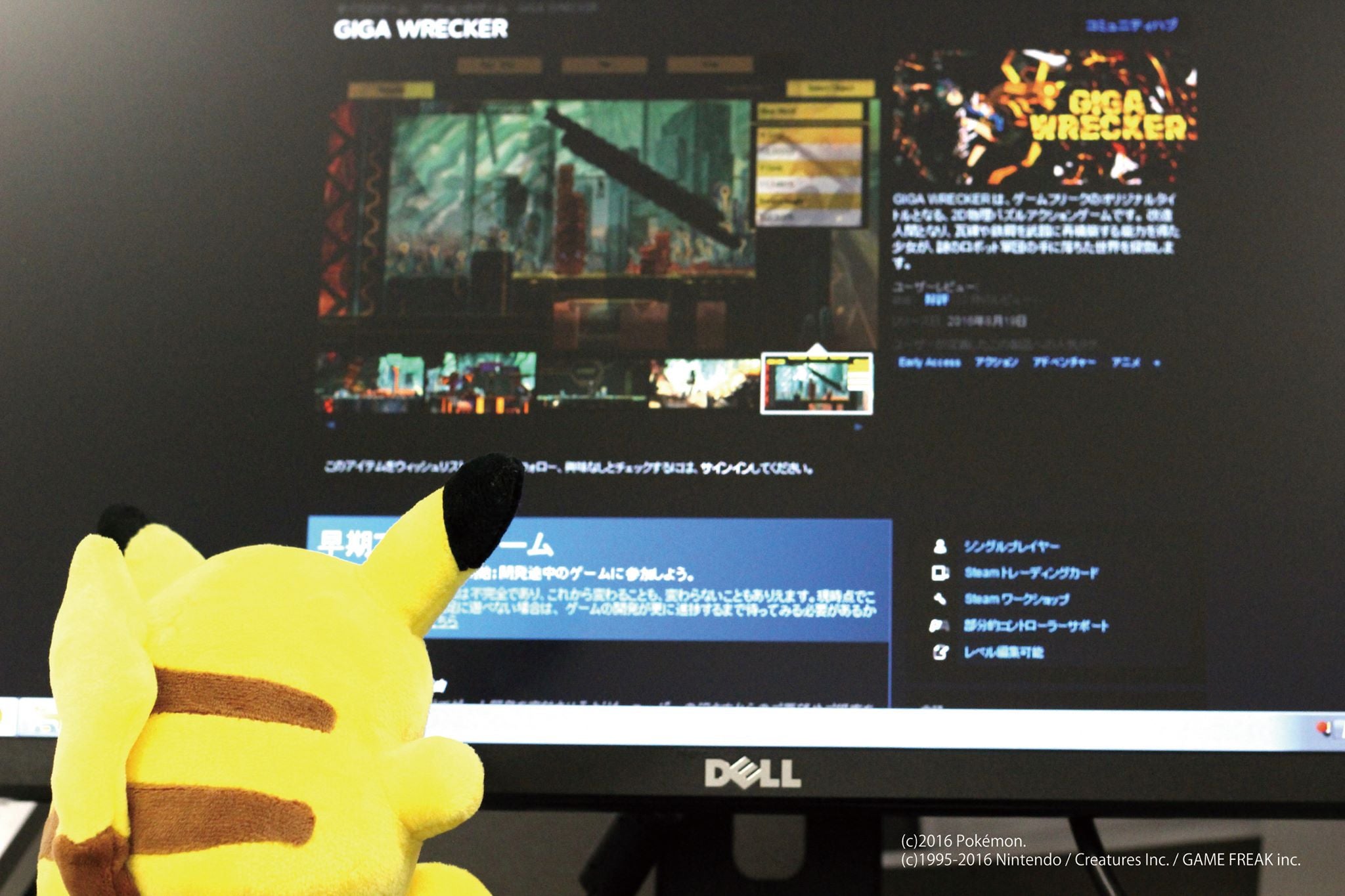 Onoue says if players demand it, releasing Giga Wrecker on the PS4 or Xbox One is something they'd consider. (But even if Game Freak is willing to put its Gear Project titles on non-Nintendo hardware, don't expect Pokemon to venture off!)

All of this, though, fosters an atmosphere in which people can take risks, be creative, and stay sharp. They have the freedom to make totally original games. By judging prototypes only on their merits and not trying to shoehorn them onto a particular platform or format, Game Freak staff are able to focus on the process, improving their game-making skills along the way. 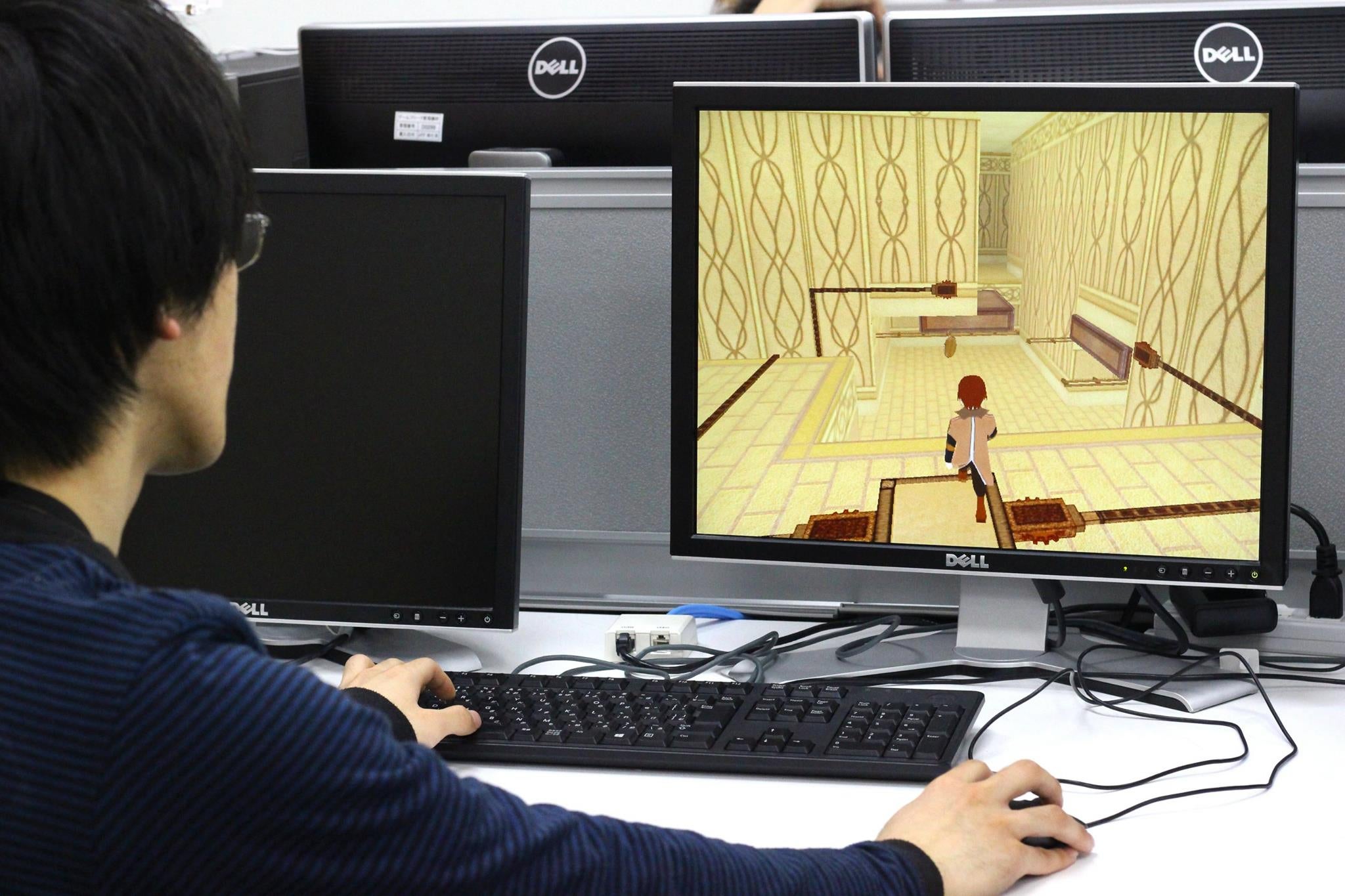 Even though Gear Project is a way for Game Freak developers to grow professionally outside the Pocket Monster realm, the iconic series does end up influencing the prototypes and greenlit projects. "I've gotten experience working on several Pokemon titles and learned a lot about how games are made, and that's when I decided to try to make my own game," said Onoue. Not only that, it allowed him to experience parts of the game-making process he never had.

"I'm a programmer, but for this title, I also worked as a director. I've come to events like this [BitSummit] as well. If I just worked as a programmer, I'd never have these experiences. I've learned a lot. Like, for example, I knew nothing about how a game is promoted. I didn't know the ins and outs of releasing a game. I didn't have a chance to see all that with my own eyes. But now that I've put out this title, I have. It's taught me a lot." 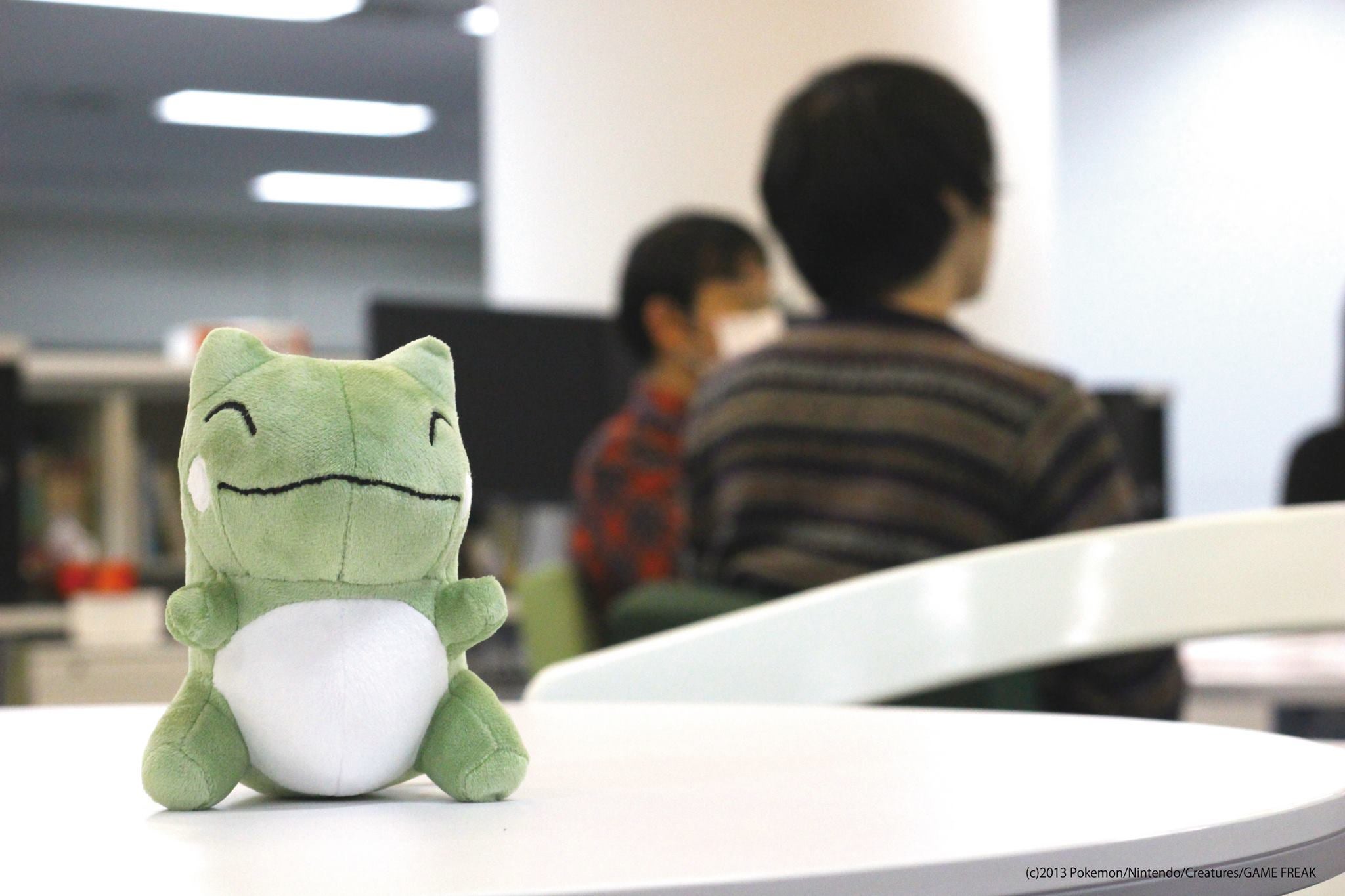 Giga Wrecker, a side-scrolling action puzzle game, does not look like Pokemon. But the know-how that goes into developing those beloved, polished titles is all over Giga Wrecker.

"At Game Freak, when we make [Pokemon] games," Onoue explained, "we're often asked, 'Why is this happening? Why is it like this?' So we have to have reasons for what we do. If you cannot explain 'why,' then you cannot move forward, whether that's the programming or the character design. It's as though these characters are living and breathing, so everything needs to be explained and have a reason. So we have this culture of being asked 'why' and having to explain ourselves."

Game Freak's method of driving at the central motivation behind every element in the game sounds like the process of a meticulous movie director. "We really worked on the smallest details and would make adjustments, not just to Giga Wrecker's game play, but to its in-game world. I think that was the influence from how we make Pokemon games. It's what makes Game Freak, well, Game Freak." 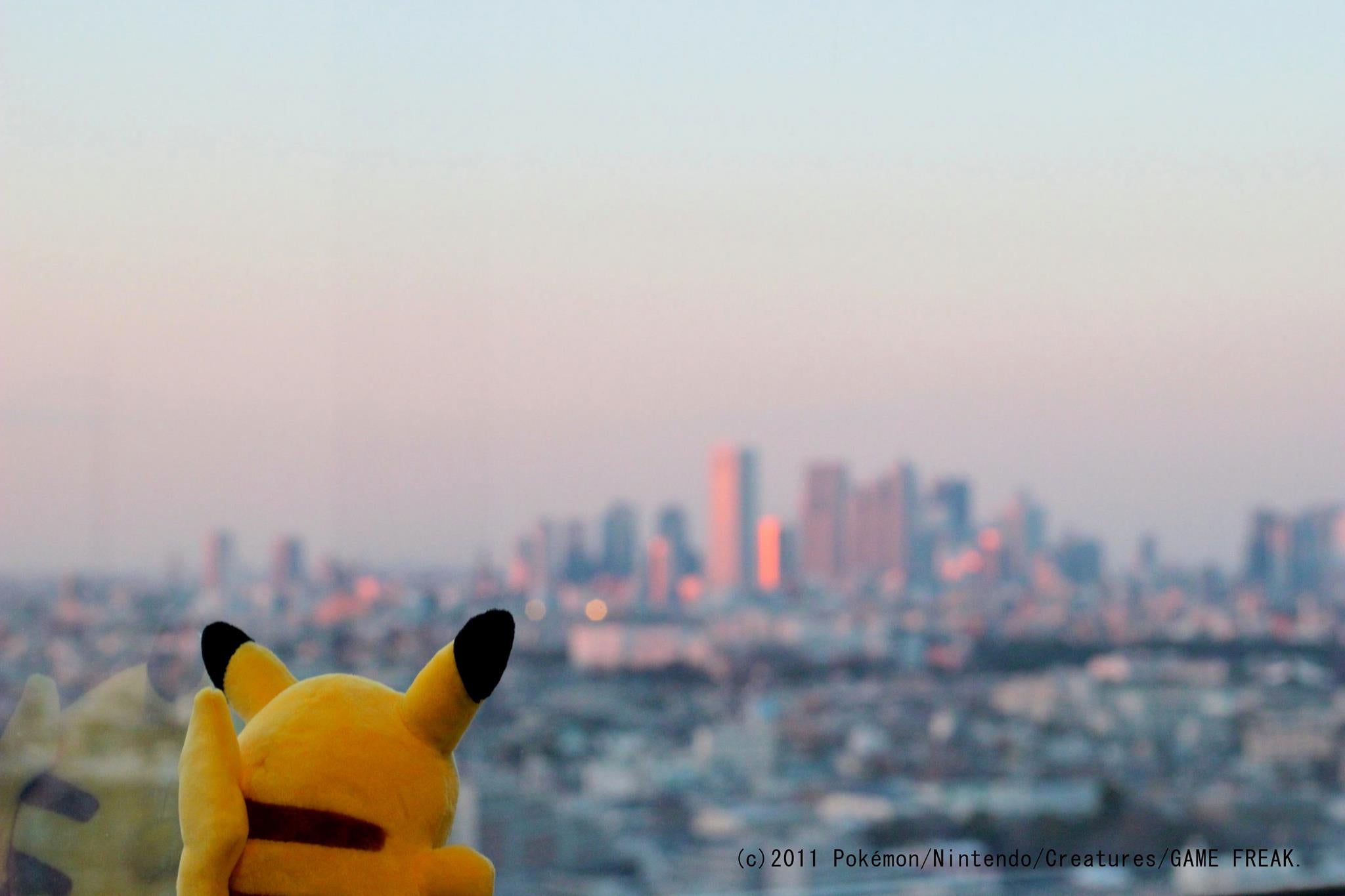