If They Don't Want To Get Screwed, Esports Players Should Study MLB History 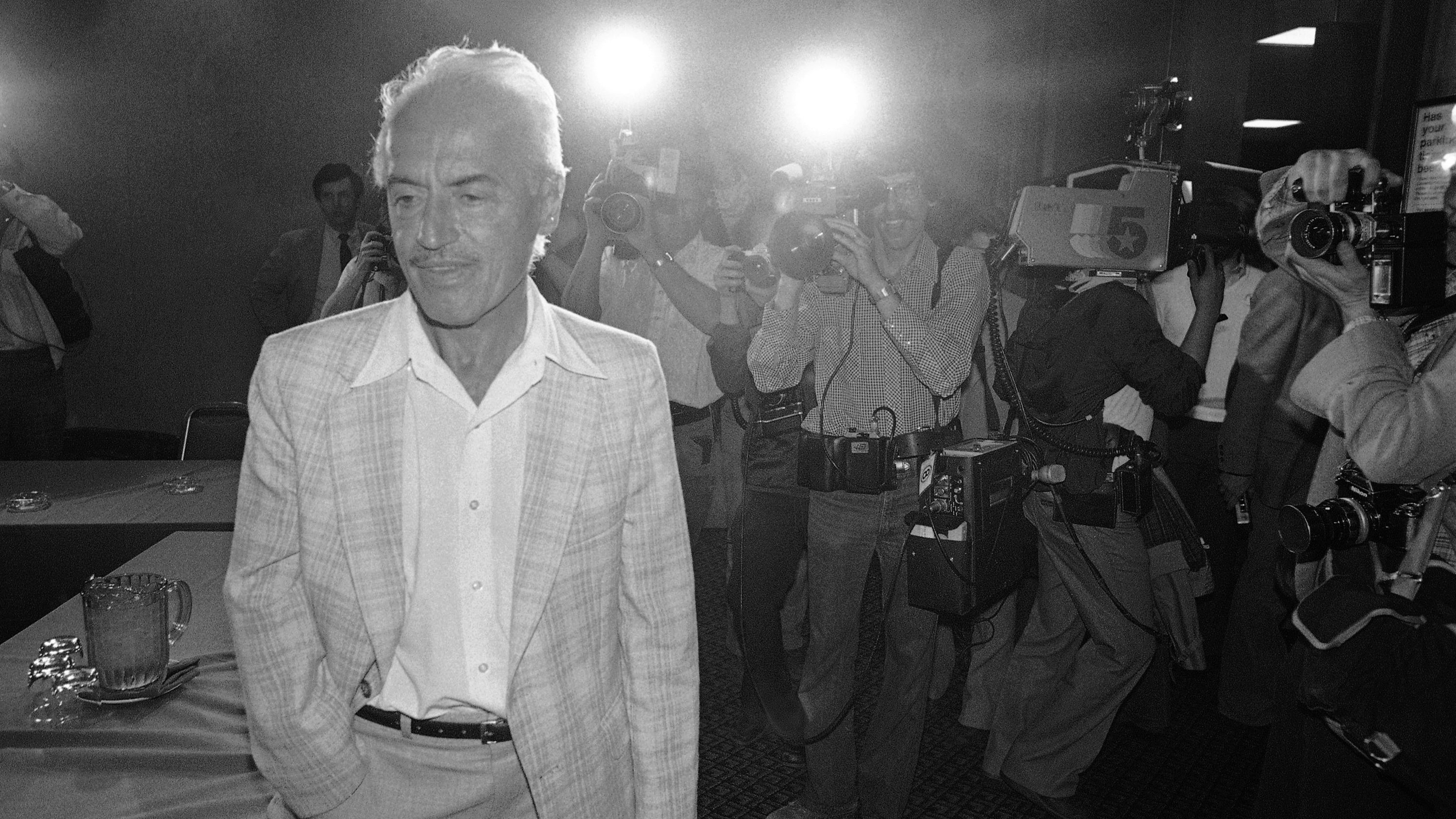 As more and more money has flooded into the esports industry, player rights have been a hot topic across multiple games. Careers in esports can be extremely short, making it all the more important to ensure that players receive their fair share of the profits their work generates.

With that in mind, Riot Games, producer of League of Legends and proprietor of the wildly popular League Championship Series, recently announced a plan to create and fund a player's association, a group that will perform many of the functions associated with a union and will be the first of its kind in esports.

According to Riot's description of the plan, the company will be "providing pros the resources to set up a Players' Association." The players will vote on representatives who will take part in league decision making. (Riot says players will be choosing from "a short list of representatives" that will be presented to the players in June, and the players will have the option of rejecting any and all candidates provided and electing whoever they like.) Once formed, the association will provide legal help, career-planning advice, and represent the players in what Riot calls "tri-party" negotiations between Riot, team owners, and the players themselves.

While this sounds at first like excellent news for players, League of Legends players — and those in esports run by similarly large corporations such as Blizzard, which owns Overwatch, and Valve, which owns Dota 2 — should be highly wary of any sort of company involvement in a player's association. The conflict of interest inherent in a company running its own union is why such arrangements are illegal under the National Labour Relations Act. Section 8(a)(2) of the law forbids establishment and control of a "company union" and makes it illegal for employers "to dominate or interfere with the formation or administration of any labour organisation or contribute financial or other support to it."

Chris Greeley of Riot league operations tells me that what Riot is funding is not a union but rather a professional association, "an organisation that can serve many different purposes (including negotiating on behalf of 'the profession')," and also notes that the players are employed by teams (i.e. Cloud 9 and Counter Logic Gaming) rather than by Riot itself. Greeley adds:

"The Players' Association that the players are currently exploring would be established by the players' representative as a professional association. At some point in the future if the players decided that they want to unionize and register with the NLRB, they will have the option to forgo Riot funding and self-fund. It is our expectation and our hope that that happens at some point in the future, but in the meantime this association is designed to give the players a seat at the table and make sure that we're aware of and responding to the things that are important to them."

I asked William Gould IV of Stanford, an expert in entertainment and sports law, if he thought Riot's explanation passed muster. "The National Labour Relations Act doesn't apply simply to so-called unions. It applies to any labour organisation," Gould told me over the phone on Monday. "Therefore, it appears that this 'association' is a labour organisation and would be covered by the statute.

"The underlying point here is that the organisation, the group, is a labour organisation within the meaning of the act, and it's unlawful to provide assistance — financial assistance or support for it. The fact that players are employed by the teams, well, that's generally true, but that's not dispositive of these two basic questions. Any association that involves relationships with an employer over working conditions as well as other aspects of employment is a labour organisation within the meaning of the law. A company giving financial support or other forms of support of such organisations is a violation of the law. I think that the problem here is that this party would be, at a minimum, viewed to be an agent of the respective teams."

Call it a union, an association, a council, or whatever you want — any sort of worker's group supported by the boss should be met with heavy scepticism. Specifically, there should be concern over the fact that the players will have to forego Riot's funded players association if they wish to go independent and form a union. It's naive to expect that the existence of a Riot-funded association won't discourage the players from going the more expensive and difficult route of forming their own independent union. And independence is critical when it comes to ensuring the players earn the full value of their work.

The early days of the Major League Baseball Player's Association offer a perfect lesson in why that independence is so important. Prior to the official formation of the Player's Association under executive director Marvin Miller in 1965, players had no official group or headquarters. As Miller wrote in his autobiography, A Whole Different Ball Game, all they had was "a filing cabinet in the office of a players' licensing agent named Frank Scott."

In 1959, ownership had convinced the players to bring on one of their men, Milwaukee judge Robert Cannon, as an advisor. Cannon was entirely in the owners' pockets and routinely bragged about baseball having the "finest relationship between players and management in the history of the sport." 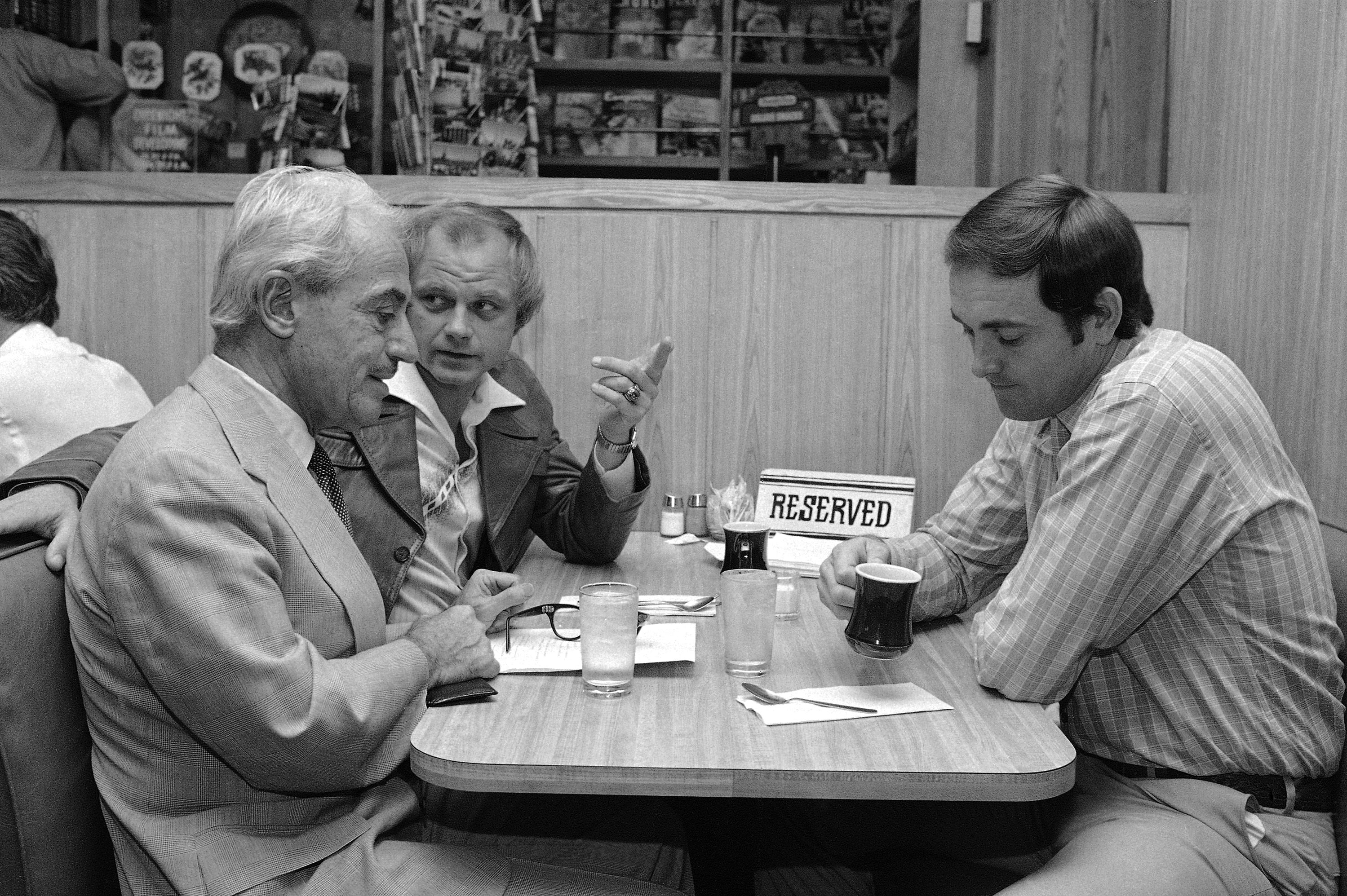 That fine relationship produced atrocious working conditions. Players told Miller that playing fields and locker rooms were so poorly kept as to be dangerous, that the players hadn't received a raise when the schedule was increased by eight games in the early 1960s, and that the players' pension plan was virtually nonexistent. The minimum salary had remained stagnant for nearly two decades, stuck at $US6,000 ($7,957) since 1946 — a pittance for a group of workers expected to maintain separate homes for spring training and the regular season.

Major League Baseball's revenue had steadily grown over the previous 20 years, but more and more players were finding themselves having to take second jobs just to keep the dream alive. Cannon's input, naturally, was to tell the players they were lucky to get to play the greatest game known to man.

Much as Riot promises to fund the start of their League of Legends association, Major League Baseball planned to fund the Player's Association with $US150,000 ($198,916) drawn from the All-Star Game's revenue, with one-third of that slated for the executive director's salary. As Miller ran for the office of executive director during spring training of the 1966 season, he found that ownership was not done meddling in union matters — ownership had been pushing none other than Judge Cannon as a candidate for the position, and working hard to flip team managers and players to their side.

As Miller made the rounds on the West Coast, he found that he was the target of a significant sabotage campaign. Throughout his West Coast swing, Miller found himself inundated with questions, mostly from team managers, suggesting he was unfit to lead the player's union. (Notably, Cleveland Indians manager Birdie Tebbets accused Miller of being a communist.) With the managers conducting the votes — another conflict of interest — Miller was rebuked by a 102-17 vote by the five teams that conducted spring training on the West Coast.

Luckily for Miller, things changed when he headed to Florida, where the majority of MLB teams conducted spring training at the time. Players like Hall of Fame pitcher Robin Roberts, the man who asked Miller to run in the first place, had been drilling home the importance of an independent players' association and refused to allow the kind of mishandling of the vote that occurred out west.

Had it not been for their efforts, the Major League Baseball Player's Association very likely would have been run by Cannon or some other owners' man. MLB had even tried to convince the players to hire Richard Nixon as their general counsel. Somehow, I have a hard time imagining Nixon pushing for a robust pension plan for baseball players.

Without somebody like Miller, previously a high-ranking member of the Steelworkers' Union, one of the nation's most powerful, labour-management relations in baseball may well have continued as they did for the game's first century of existence: Fine as can be for the owners, with the players told they're lucky to get anything at all.

There's no reason League of Legends players should expect anything else in their dealings with Riot. Ownership will always act with their own best interests in mind. They cannot be counted on to do anything else. It is as Miller told the New York Yankees as he campaigned for the executive director position in spring of 1966:

"I want you to understand that this is going to be an adversarial relationship. A union is not a social club. A union is a restraint on what an employer can otherwise do. If you expect the owners to like me, to praise me, to compliment me, you'll be disappointed. In fact, if I'm elected and you find the owners telling you what a great guy I am, fire me! Don't hesitate, because it can't be that way if your director is doing his job. The owners loved Judge Cannon. Don't make the same mistake with your executive director."

Miller wrote his autobiography in 1992, 25 years after his MLBPA project began. By that point, average salaries were roughly 50 times higher, the average salary roughly 16 times higher, and top-level salaries were roughly 30 times higher. In the 25 years since then, the league's revenue and player compensation have both continued to skyrocket. None of the union's major victories — like the death of the reserve clause, which bound players to teams permanently, or the institution of a robust pension plan that guarantees health insurance for anybody who puts in even a single day of MLB service time — would have been possible without a truly independent union.

League of Legends players and those in other esports have a desperate need for some form of labour protection. But what Riot Games — a company union, to all appearances, whatever name it goes by — is not the solution. Miller was absolutely right when he said that the relationship between employer and employee is inherently adversarial, and there is no special reason to believe that Riot will live up to its stated intent to let the association become independent when it has a financial stake in its creation. Indeed, this is why the law expressly forbids company-backed labour organisations.

A League of Legends player association is an admirable goal, but if it is to succeed in the way the Major League Baseball Player's Association succeeded in the second half of the 20th century, it must be an effort truly by and for the players, not one made with ownership constantly looking over their shoulders.

Jack Moore is a freelance sportswriter living and working in Minneapolis. Catch him playing competitive Sm4sh under the tag Jackie Peanuts.