Killing Jason Is Possible In The Friday The 13th Game, But It Isn't Easy 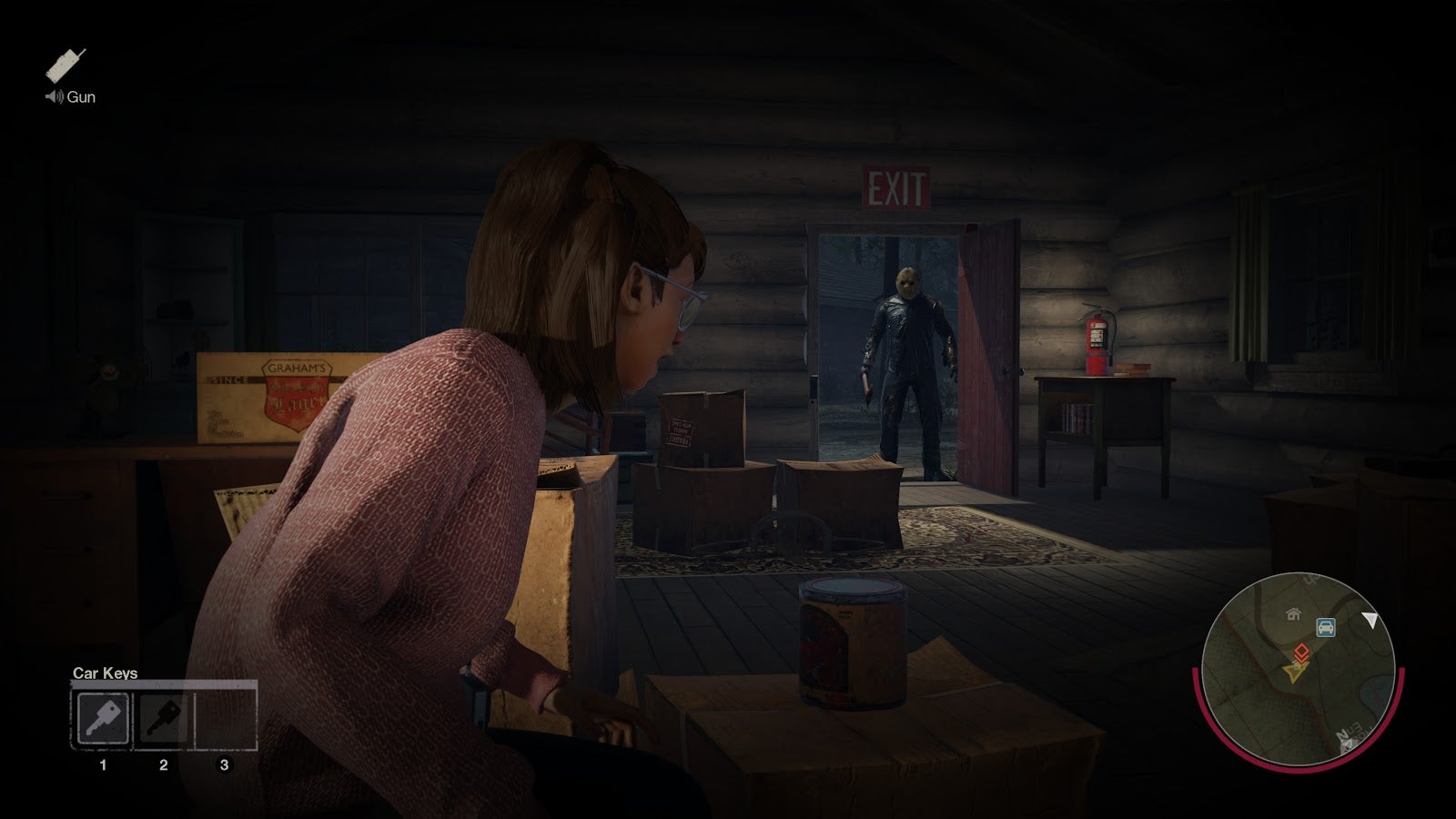 Killing Jason in Friday the 13th is a complicated process that's easy to mess up. Watching people attempt it is thrilling, even when they fail.

Since it's possible for counsellors to escape on their own, and because running into Jason can often lead to getting impaled on a tree branch, you might be tempted to go it alone in Friday the 13th. That's certainly what people did when I played the game. But if you do decide to work together, you might have a chance to kill Jason Vorhees.

Developer IllFonic has been coy about whether or not killing Jason is possible. The official Friday the 13th website says, "Nothing is ever certain and no one is ever safe!" regarding combat encounters with Vorhees, and the Twitter account replied to questions about killing Jason with, "Is it ever truly possible to kill Jason?" This read as a challenge to excited fans. If they wanted to know how, they had to figure it out on their own.

We don't talk about how to kill Jason.

Of course, players figured out how to kill Jason before the game was even released. On May 25, just a day before release, a couple of YouTubers including Fairlight Excalibur released videos on how to kill Jason.

The steps, which draw inspiration from multiple films in the series, require the cooperation of at least one other person, though more is definitely better. First, you have to get Jason's mother's sweater, which is in the shack he spawns in. Jason will be alerted once you get there, and given that he can teleport anywhere on the map, you should probably make it snappy. Next, you need a female counsellor to equip the sweater; a male counsellor can wear the sweater, but it won't do what you need it to.

After you have the sweater, one counsellor needs to die in order to come back as Tommy Jarvis. Jarvis needs to ditch his gun, grab a machete, and hit Jason until his mask falls off. Then, whichever female counsellor has the sweater equipped needs use it as they would any other item, which will stun Jason. Then Tommy has to kill Jason with the machete; another counsellor hitting Jason with this weapon won't deliver a killing blow.

A day after testing that with a friend playing as Jason, Fairlight Excalibur was able to pull it off in a public match:

The specifics of the method — requiring certain counsellors or weapons — means there are plenty of opportunities for the plan to go wrong, especially if Jason is wise to their machinations. I enjoyed this video of a Jason injuring and killing his friends' Tommy, effectively ruining their plot. After that, it's a matter of stalking and killing the remaining players, two of whom manage to call the cops and escape, miraculously:

In this one the gang gets close — they call Tommy and get Jason's mask off — but Jason had managed to kill the counsellor with the sweater while Tommy was making his way to the other players. As a bonus, Tommy accidentally shoots a member of his own team:

It's really cool how quickly players figured it out — and even cooler watching more and more players pull it off. Given how many people are streaming Friday the 13th, we'll definitely be seeing more players kill Jason, or die trying.