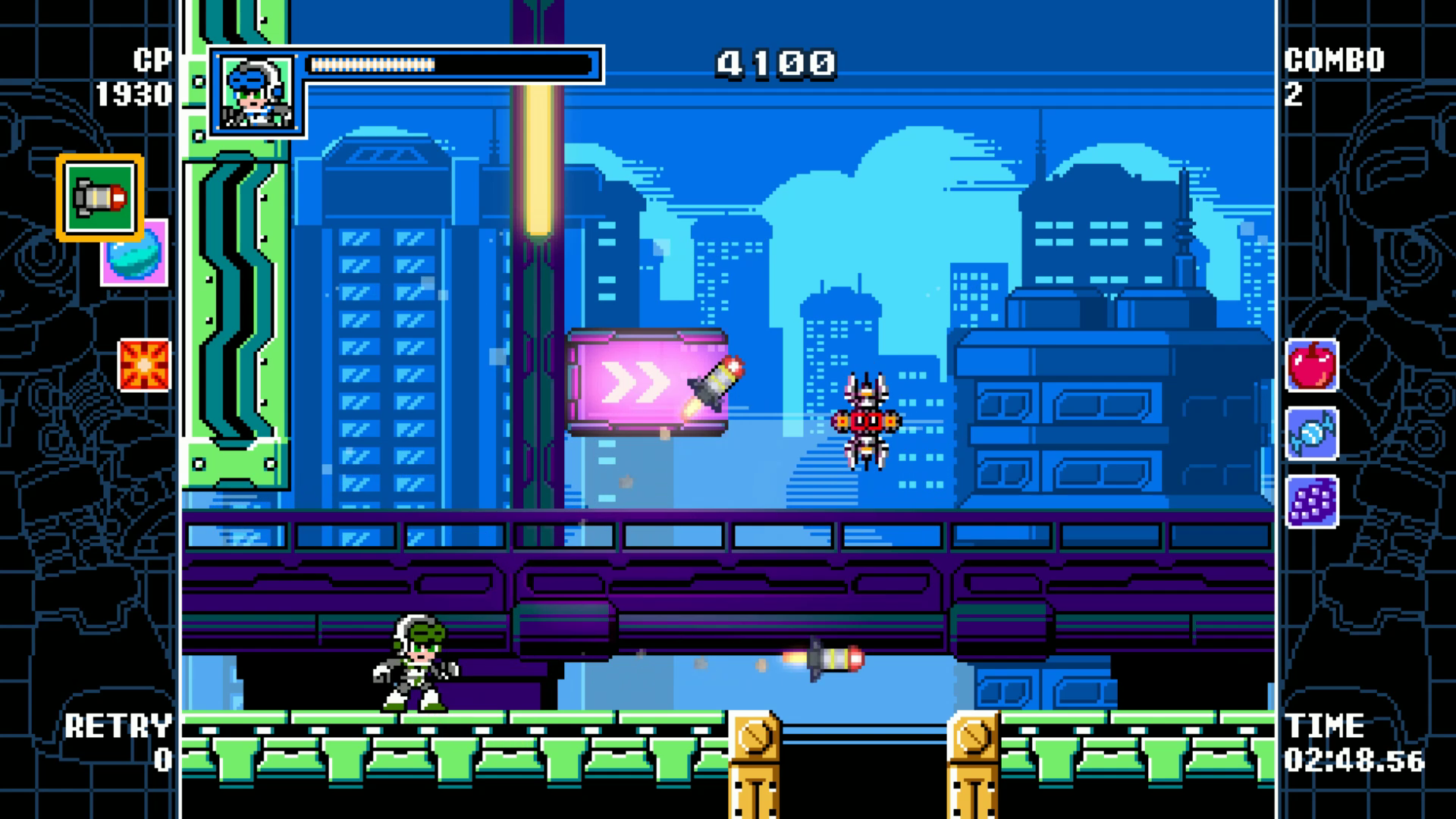 We delved into the game's core system: bullet customisation. Unlike in, say, an Actual Mega Man Game, in Mighty Gunvolt Burst you pick up various little trinkets and items which contribute to a database of modifications and enhancements you can attribute to your gun-ammo.

The system is rich with thorough economics: each enhancement or modification costs a set number of points, and you can increase your total allowance of points by, of course, picking up more items. This is a game for riffing and replaying. Or, if we're being cynical, we can say this is a Mega Man game whose designers built a lavish menu system for the players so we could finish the game for them.

We played the game on a Nintendo Switch. We played in TV mode, because that's the only way to stream gameplay from a Nintendo Switch, though I can see myself preferring to play this game in portable mode. It's just so full of what I like to call "trick or treat game design" that it'd be perfect for grinding and experimentation during a commute.

What exactly is "trick or treat game design?" Well, you could watch this handy video digest of our stream to find out.