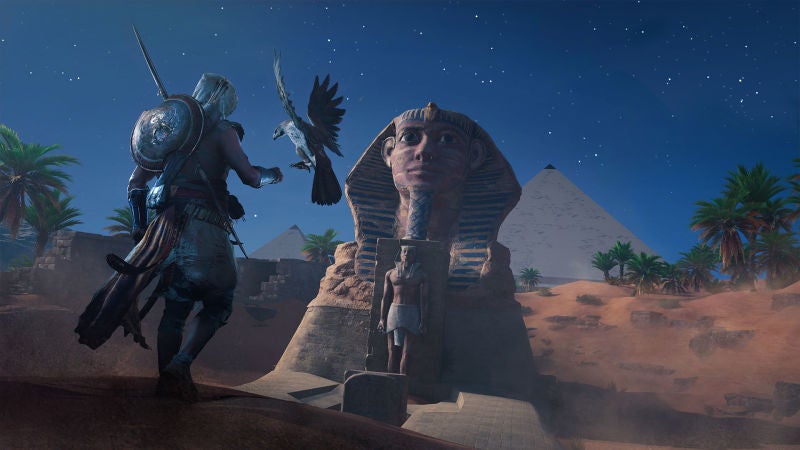 I played Assassin's Creed Origins for an hour yesterday, with one of the game's level designers at my side pointing out cool stuff.

Combat is now based on hitboxes, meaning you don't automatically close the gab when attacking... you need to close in and strike accurately. 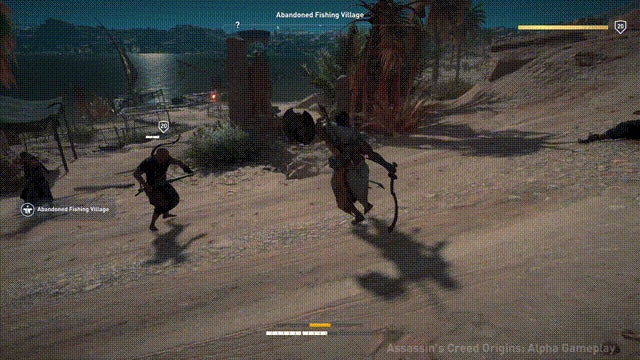 Climbing either is faster or at least feels faster. And our hero Bayek can climb anything. 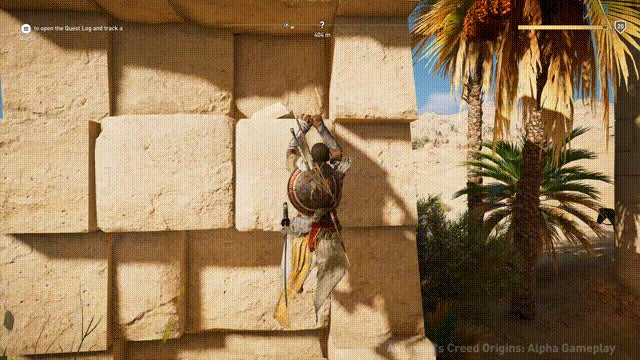 Because (some) Assassin's Creed fans demanded it and have demanded it in game after game... you can toggle your hood on and off. 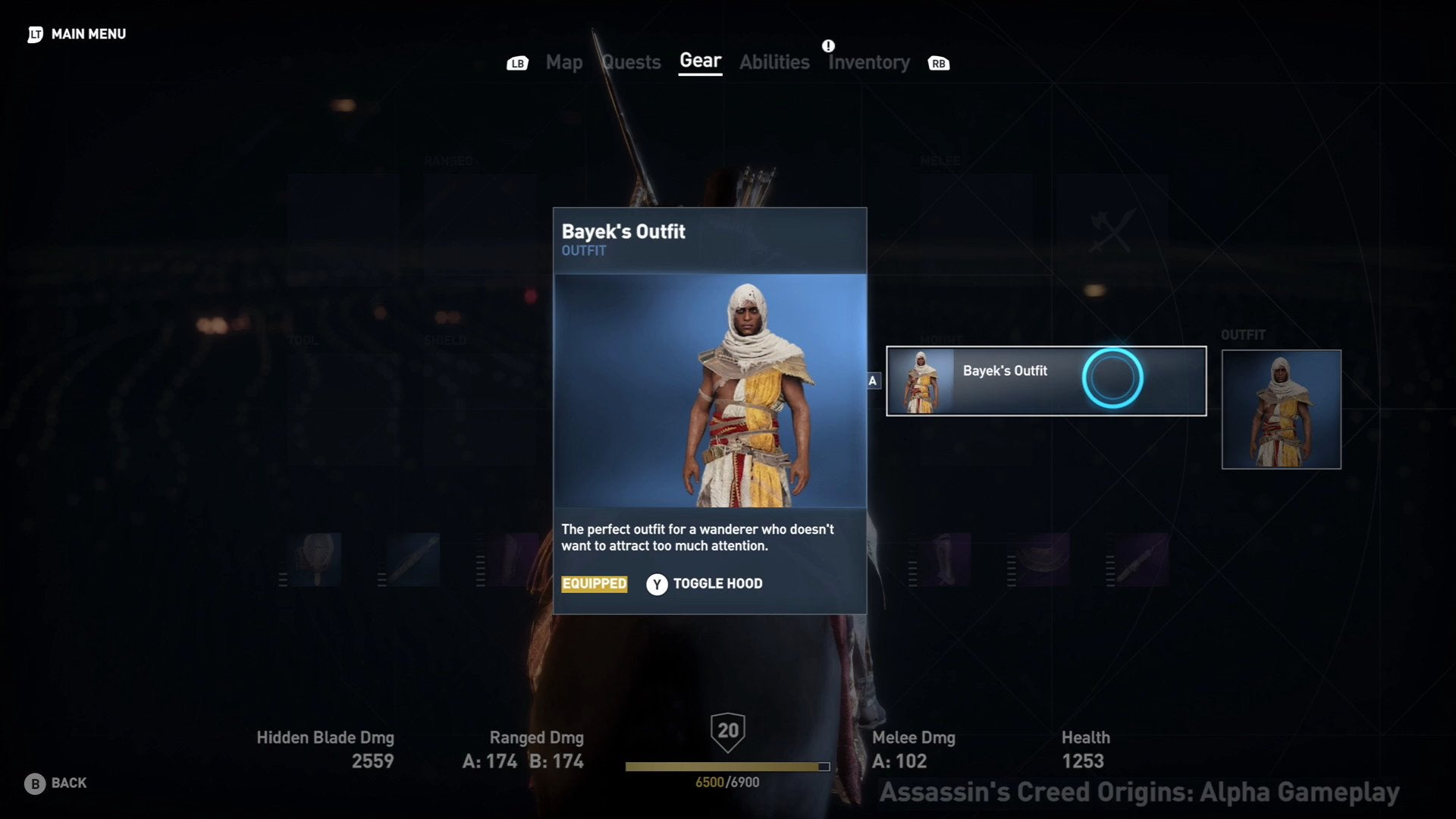 You can run around on land, but you can also dive underwater for treasure, though you might get distracted by one of the game's hippos attacking a crocodile.

There are stargazing puzzles. And they are gorgeous. Check this out:

The game is a complex simulation with tons of characters running through routines day and night. At any moment, you can hold down R3 and fast forward time, which lets you take advantage of how that moves characters through their routines. Here's the transition, which is also just a really cool demonstration of this game's impressive tech:

You use your eagle to fly up and survey the scene, and anything the eagle sees is tagged. That includes enemies who you can then sneak up on and kill. Apparently the eagle can be upgraded to do a finishing attack, though I didn't see that in action.

Your eagle can fly far away from you without de-syncing. The eagle can't fly all the way down to the surface, but it can get pretty high. The eagle mark a lot of icons of interest to the game, including supplies being carried by enemy soldiers on the game's roads. 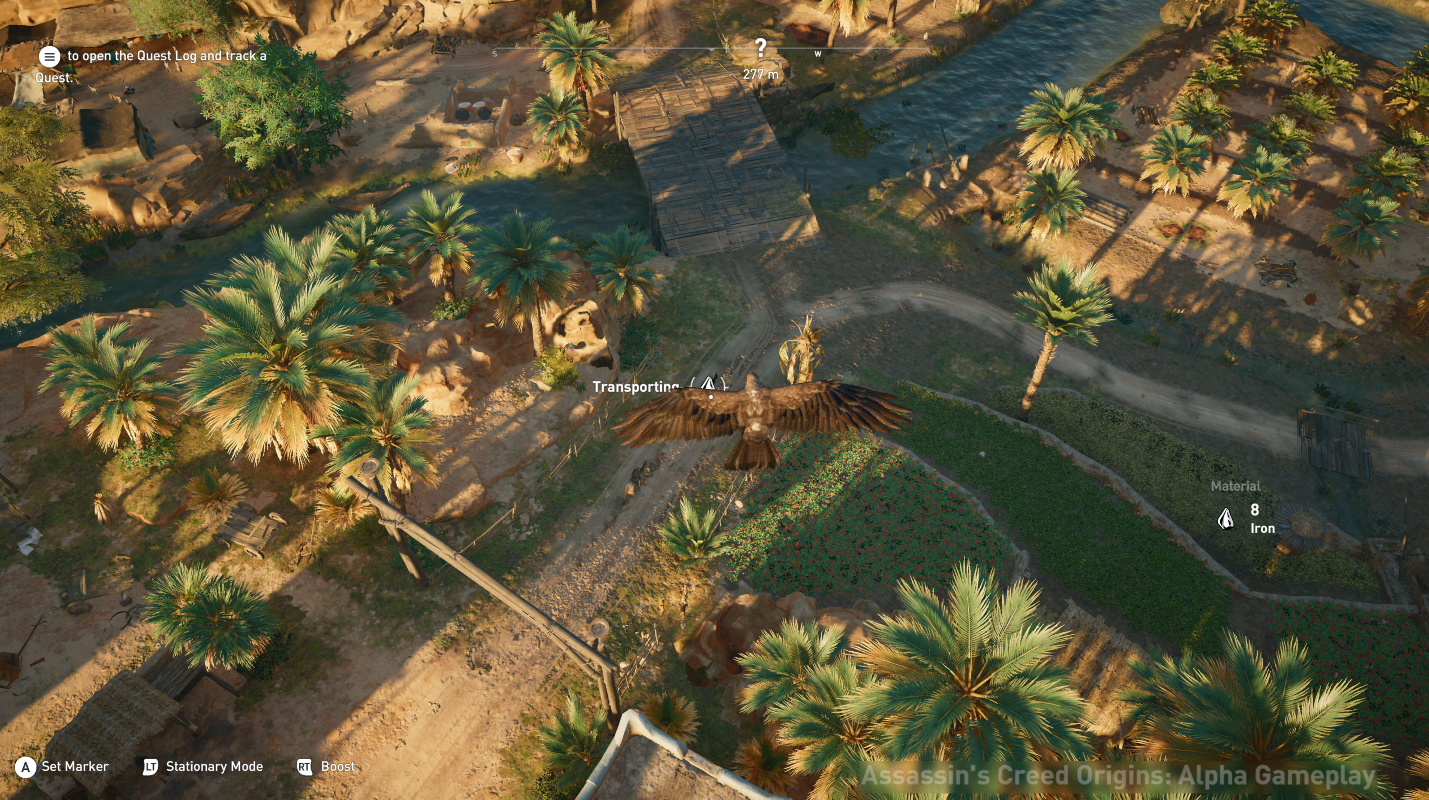 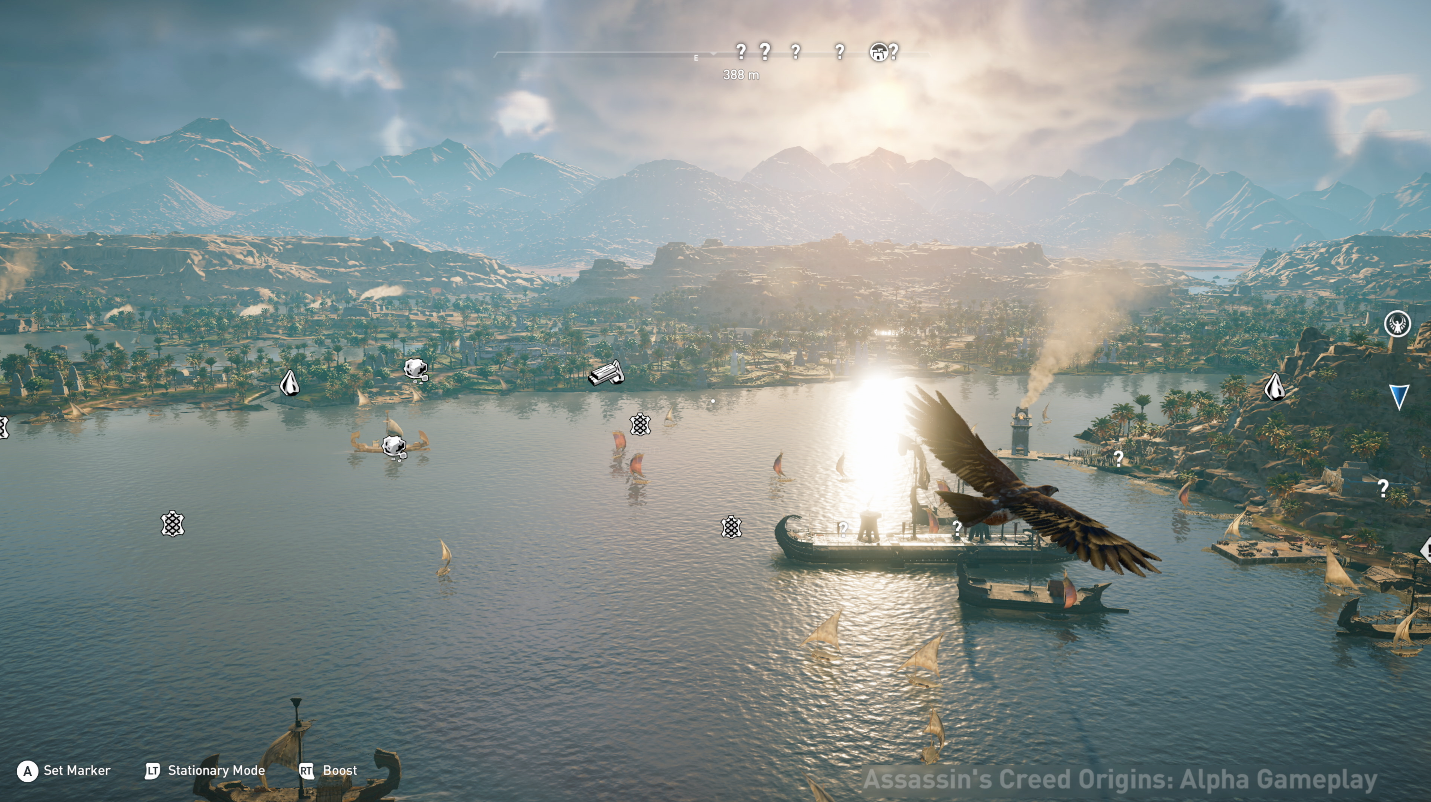 There's one upgrade on the skill graph that lets you poison corpses. Do this and other guards who check out the corpse will become infected. One of the developers told me you can toss a poisoned body onto the back of a horse and then scare the horse into running into a crowd of enemies. A clever strategy! 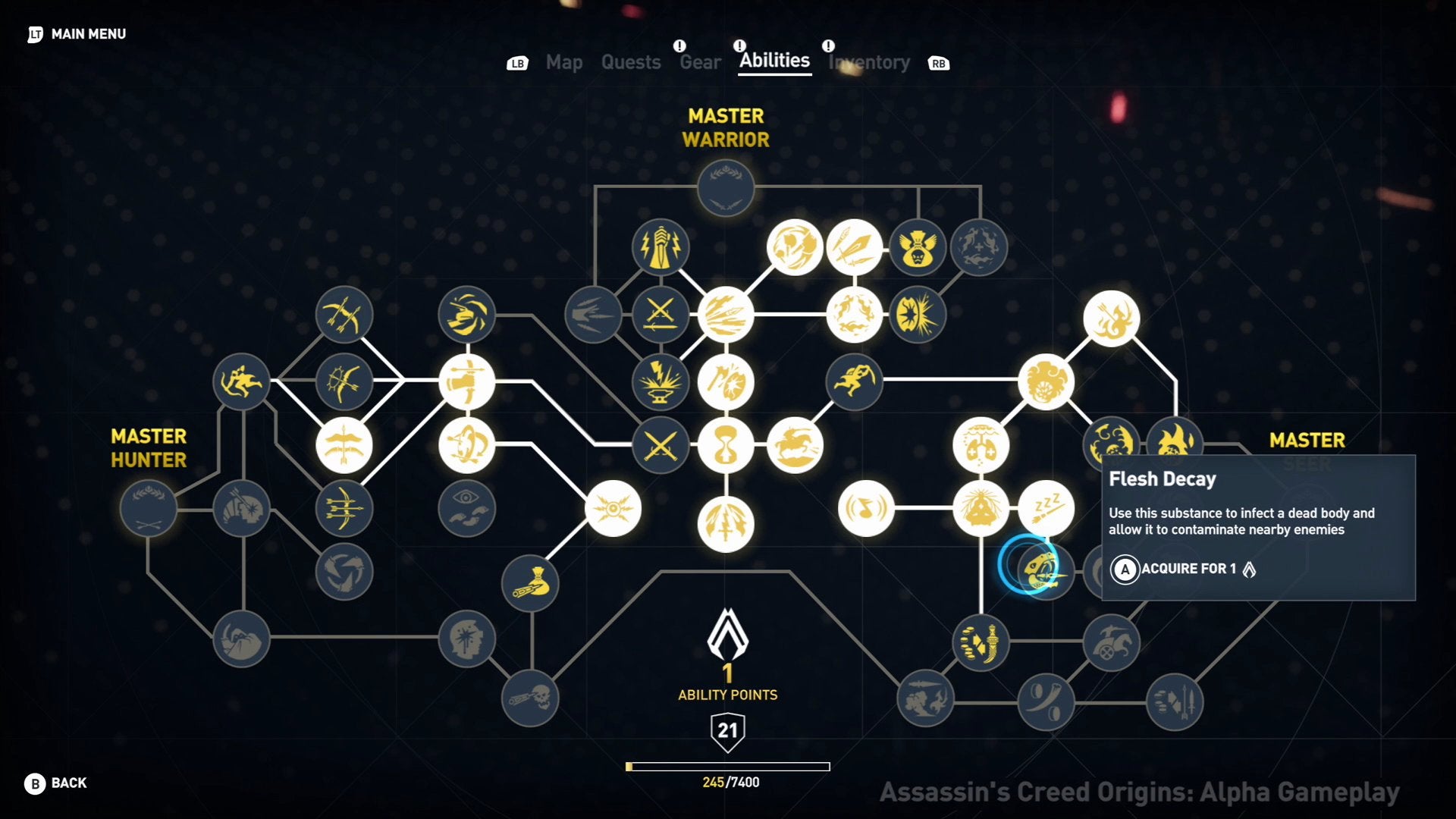 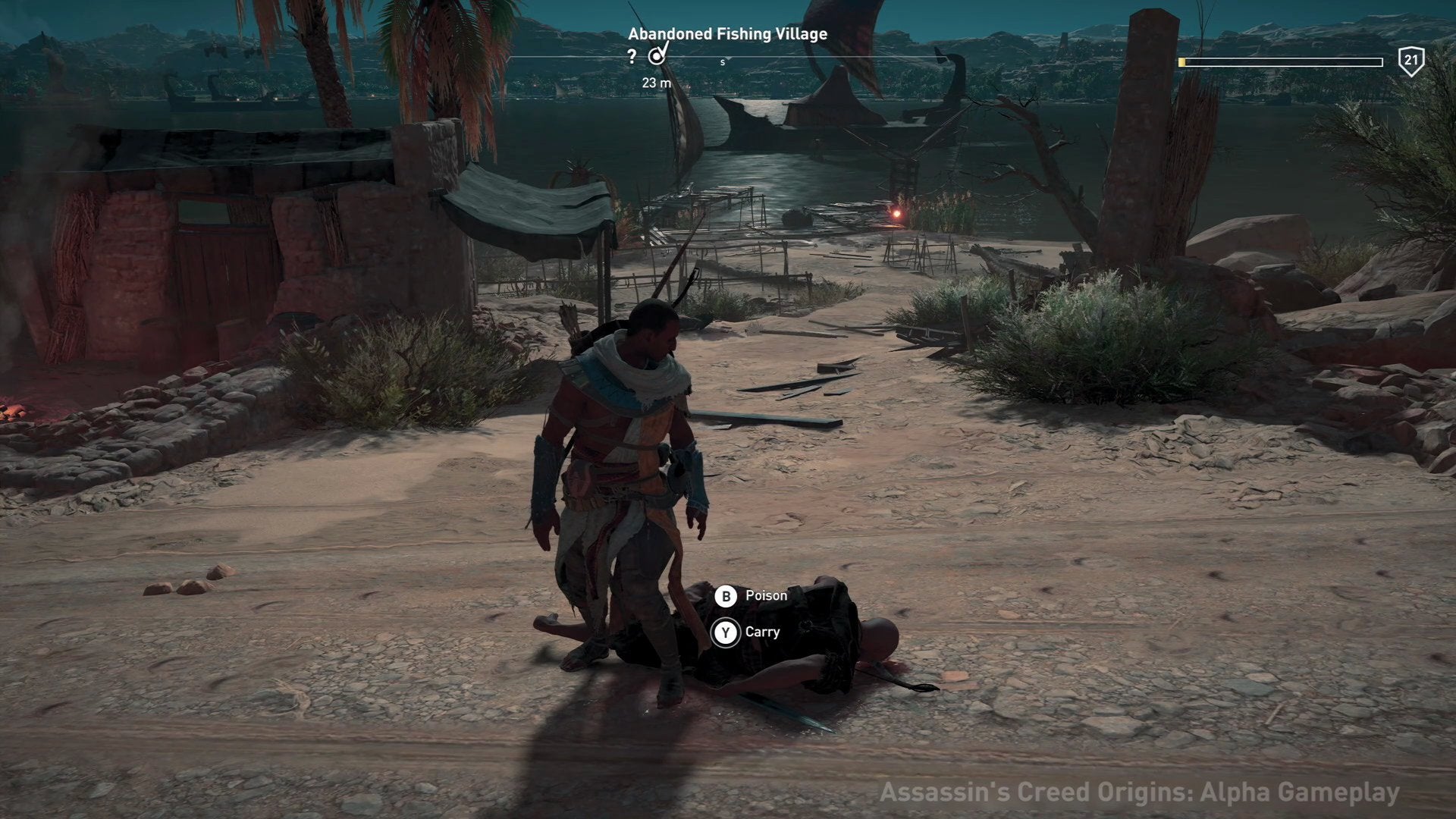 There was more, but I've got E3 appointments to rush off to, folks. Expect more AC:O coverage on Kotaku in the days to come.