Whether Nintendo fans are buzzing about the fabulousness of Twintelle, or the creepiness of Helix, it's clear that Arms' characters are already inspiring fierce fandoms. But when I asked Arms art director Masaaki Ishikawa about the team's favourite fighter over email, I got the lowdown on Min Min, and how the developers came up with such a distinctive concept for a fighter.

Min Min's character is a kickboxer based on ramen. Her arms and her hair look like tasty noodles, and she's outfitted in sneakers and bike shorts. But the best part of her outfit is her hat, which is shaped like a traditional ramen bowl. 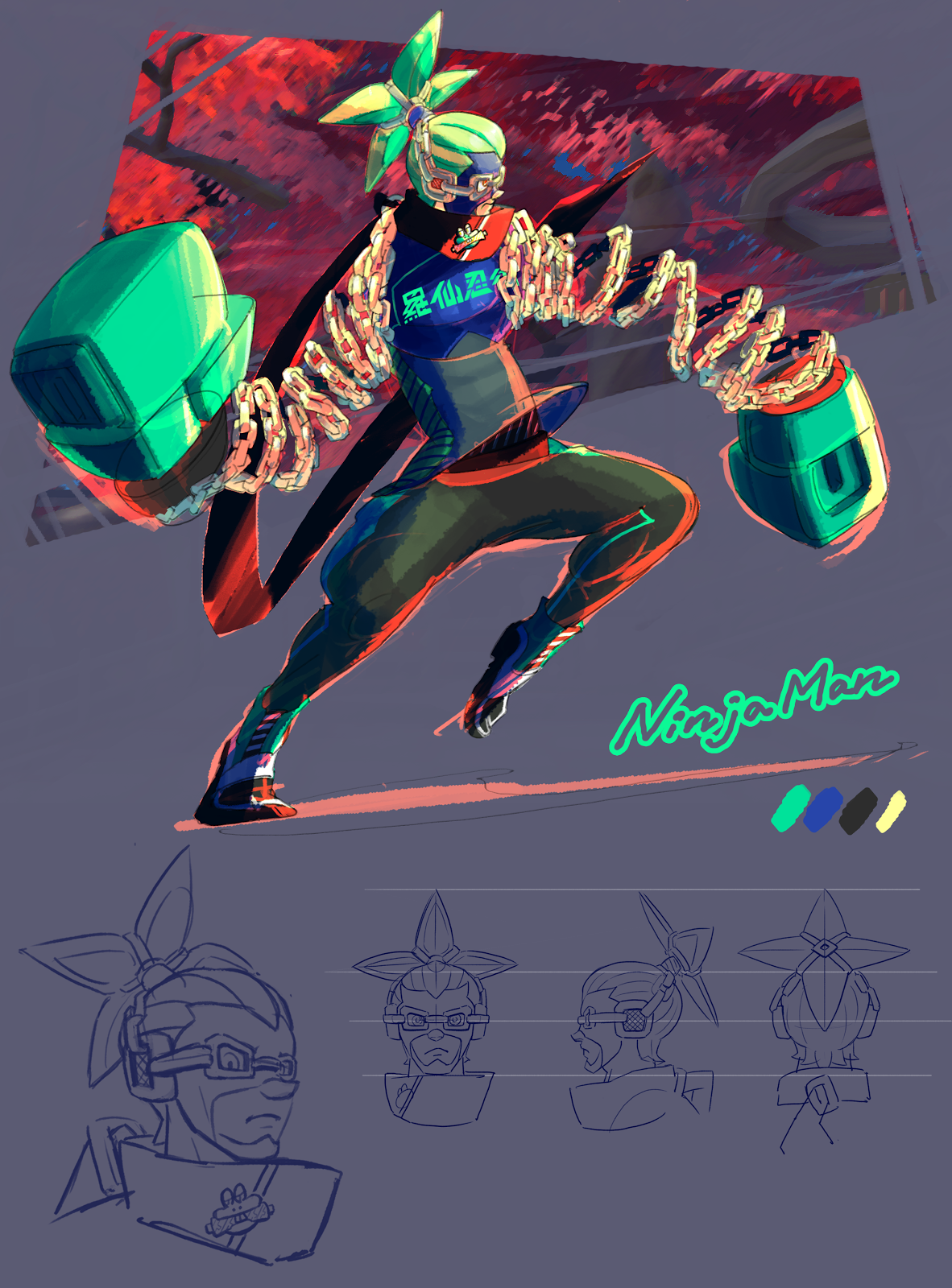 "She's a female character that's not too cutesy, and her sporty outfit — including the ramen bowl inspired beanie and dragon motif accessories — also contributes to her popularity," Ishikawa said.

That sporty design was inspired by fashion that the team saw on the streets of Japan.

"Back when the character was in development, we saw a lot of women wearing shallow beanies over here in Japan. This was right around the time when we were thinking about a ramen-themed female character," he said. "It hit us that maybe we can cleverly combine this beanie fashion with an upside-down ramen bowl. That's how it got incorporated into the design."

Since her hat was a bowl, Ishikawa and the Arms team wanted Min Min's hair to have a noodle motif.

"[It] widens out at the end resembles the curves of uncooked ramen noodles," he said. "We also thought this hairstyle would go well with a beanie. That's how Min Min's hairstyle came about." 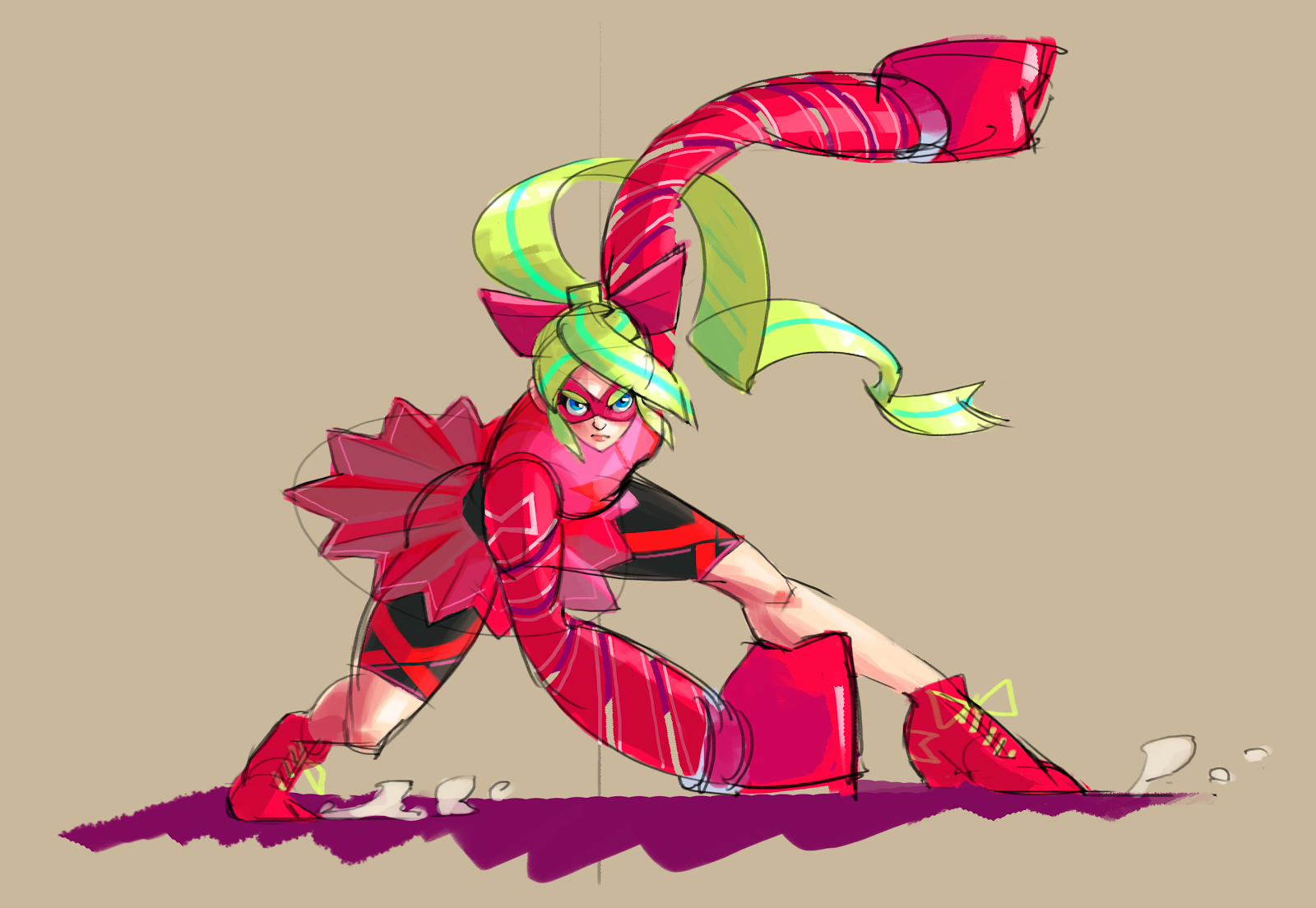 According to Ishikawa, the team tried to strike a balance between femininity and athleticism for the female characters.

"We made the face and facial expressions feel like something out of an animated movie to give a sense of familiarity. We arranged the facial parts by centring them around the eyes, taking into account the positioning and balance," Ishikawa said. "We thought we could create simple and easy to read expressions that the audience can relate to." 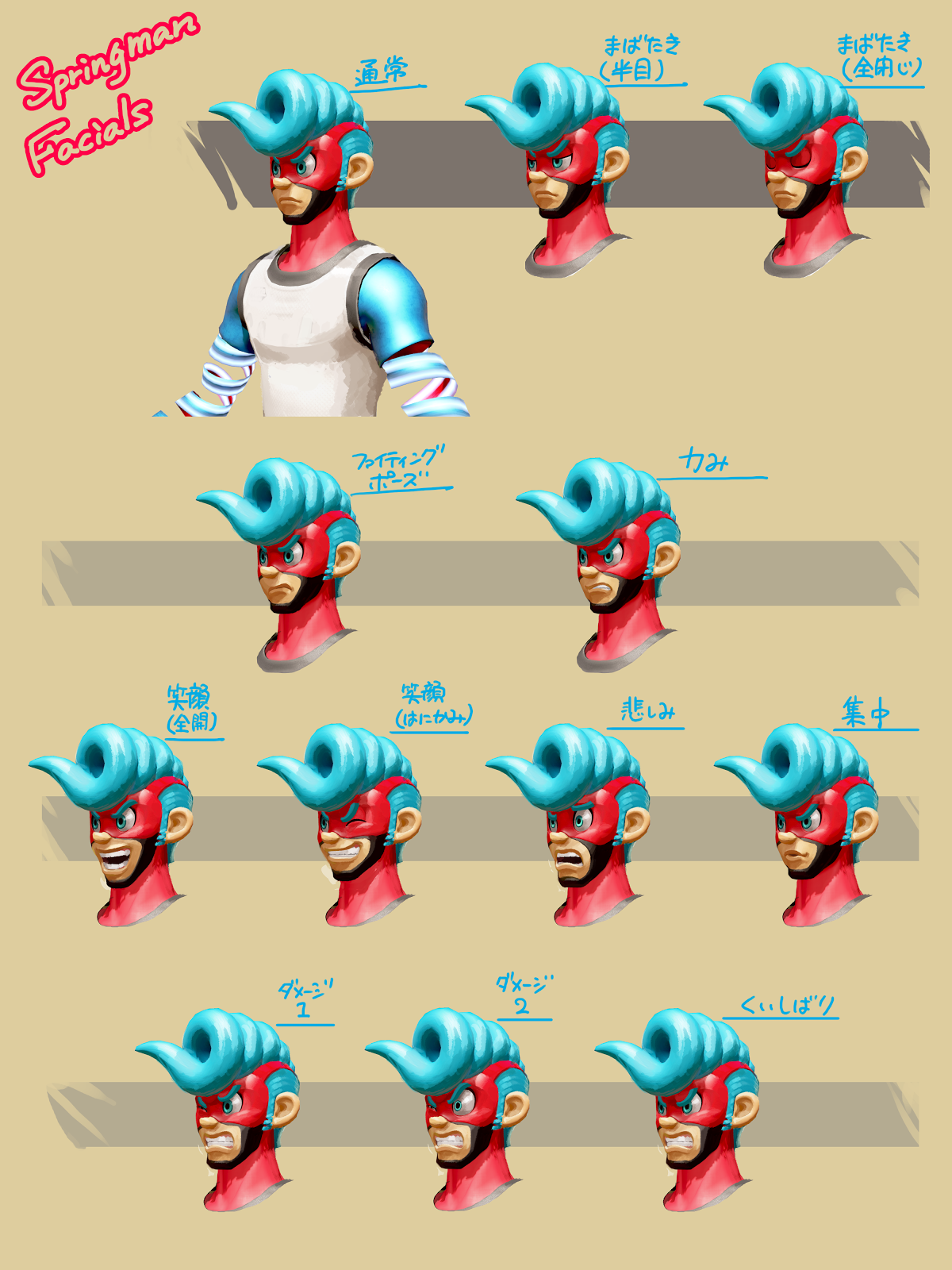 "When facing away from the screen, the legs convey the most information about how the character will move," Ishikawa said. "We designed the legs to have clear definition so movements are easy to see even from a distance. As a result, the silhouettes of the characters resemble those of trained athletes."

Those silhouettes are very memorable, especially Twintelle's. Naturally, I had to ask Ishikawa if he had seen any of the intense online reaction to Twintelle. He said, "We have been following the reactions from people through social media and videos online. We are surprised by this level of support for Twintelle, but at the same time, we're very happy about it too." Thirst away, folks.