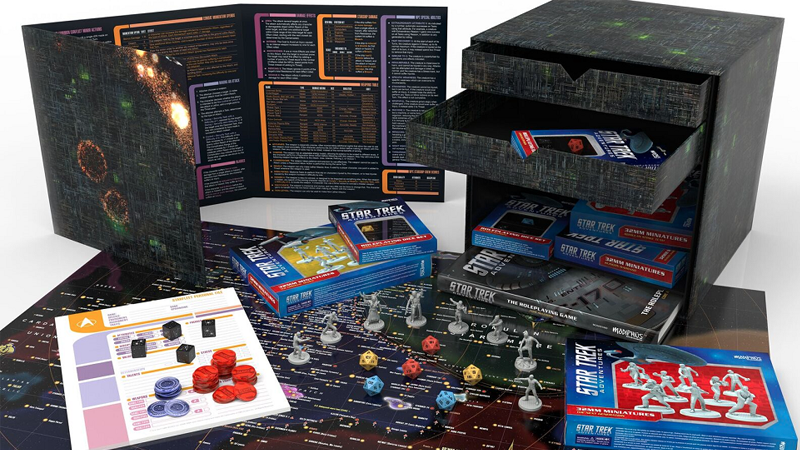 Cubes are, after all, an easy shape for a box — and convenient for storage, too, especially when said cube is jam packed with everything you'll need to play the brand new Star Trek tabletop roleplaying game.

The fancy edition of Modiphus' Star Trek Adventures is set to go up for preorder next week, and it's both a ginormous box decked out to look like a Borg Cube and pretty much everything you'll need to get started with the new RPG system.

Thankfully, the cube isn't actually just a gigantic empty space that you'd be better off throwing away — it's a proper shelving system, with racks to contain rulebooks, miniatures, dice, and everything else the set comes with, and one of the walls is even a fancy Game Master's screen that pulls out for use when you're playing. 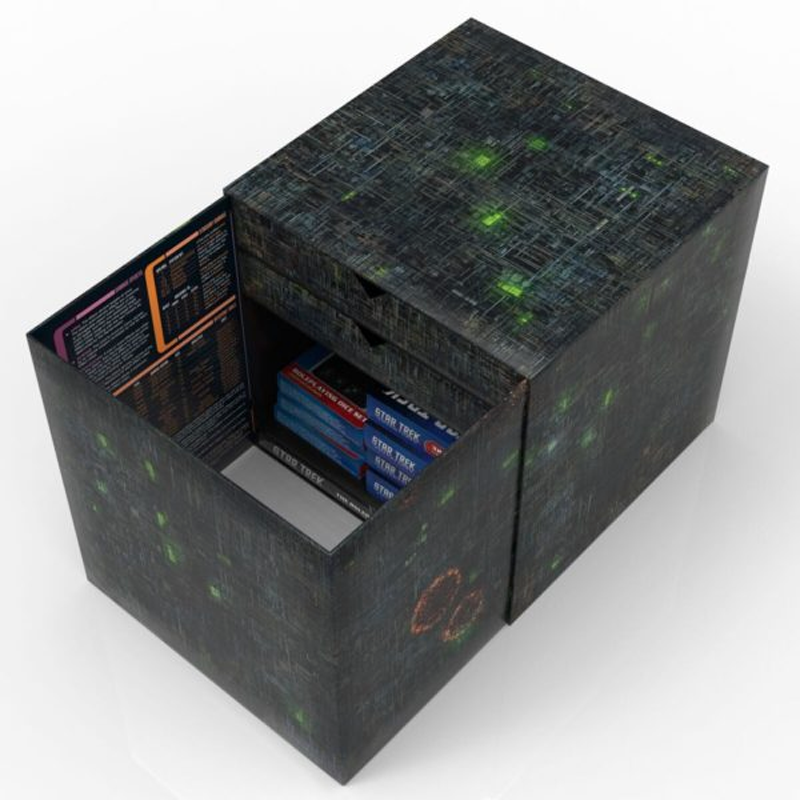 On top of that screen, the cube contains an exclusive version of the new rulebook for the game; four sets of unpainted miniatures (the original-era Enterprise crew, the TNG crew, and then Romulan and Klingon factions for you to use as enemies in your games); a star map to boldy go all over; character sheets and tokens; and finally, not one but three sets of dice, each used to represent three branches of Starfleet: Science, Operations and Command.

Sadly there's no price yet, but considering it's pretty much everything Modiphus is putting out for the new game, inside a conveniently cuboid box, it will probably cost you a couple bars of gold-pressed latinum if you want your hands on it. Preorders for Star Trek Adventures go live June 8.