Overwatch Still Isn't Ready To Be A Top Esport 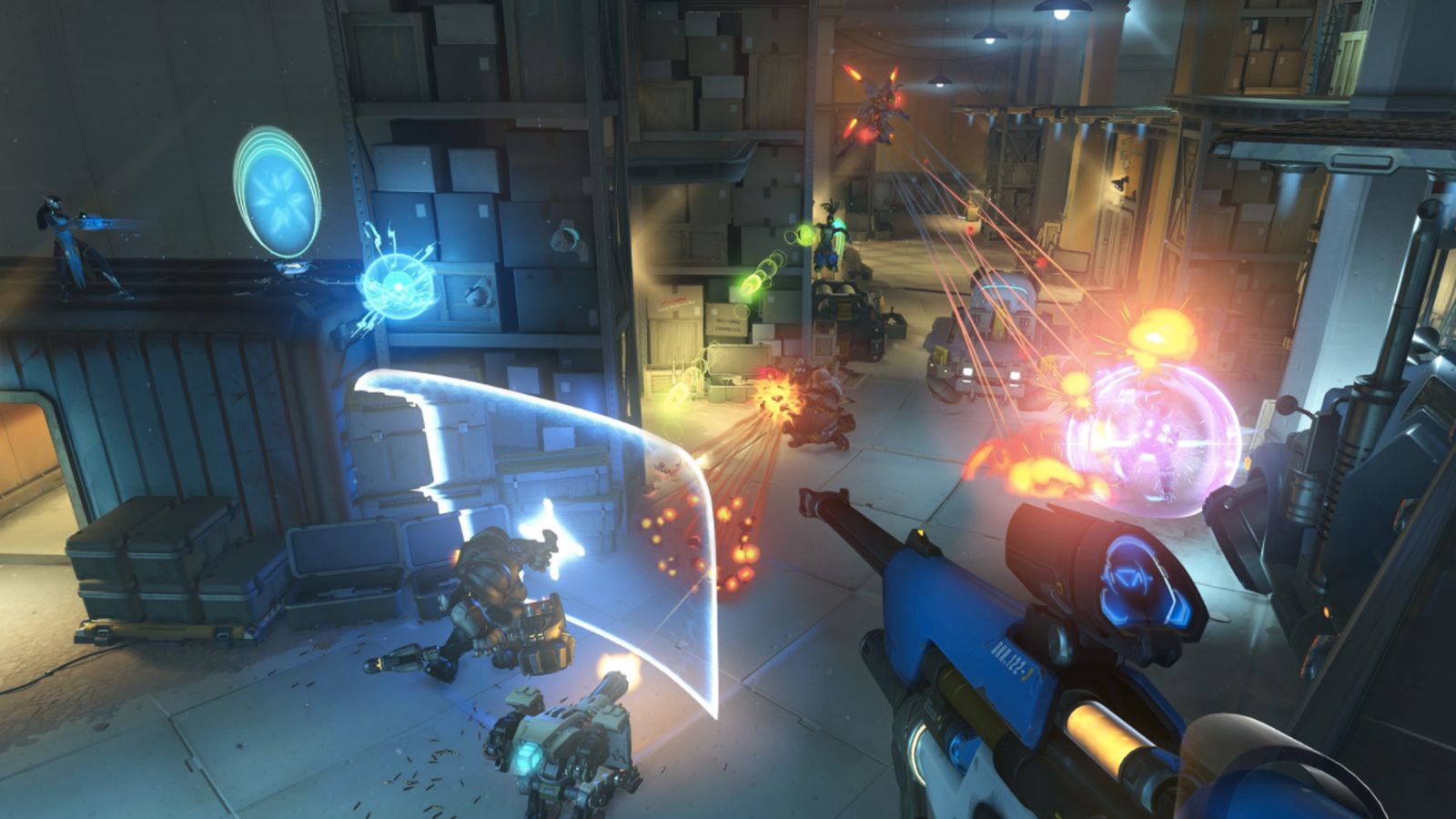 Over the weekend, Blizzard hosted the first round of qualifiers for Overwatch's Contenders series, AKA the minor league to the upcoming Overwatch League's majors. There was some solid action, a couple of surprising upsets, and a lot of Winston dancing. I don't think Overwatch is ready to be a top esport yet, though.

Don't get me wrong: Overwatch Contenders is not Overwatch League, and I don't think it should be judged as such. It does, however, represent a sort of canary in the coal mine before the big show. This is a chance for Blizzard to refine its production and turn Overwatch into something that's fun to watch and easy to digest.

On that front, what we've seen so far from Contenders is definitely a step in the right direction. It is, in my opinion, the best Overwatch esports production yet, sporting great casting crews (you can't beat Christopher "MonteCristo" Mykles and Erik "DoA" Lonnquist, and you especially can't beat Alex "Left Guy" Gill) and sharp camerawork that makes lower-level tournaments look clumsy by comparison.

So let's start with the good. While more polished events like the Korean APEX tournament have made use of techniques like instant replay, Contenders is going above and beyond with it, letting big team fights play out and then explaining them in more depth during precious seconds of downtime afterwards. That's super useful, because Overwatch team fights at the pro level — while fun to watch — are a rainbow sherbet tornado of sheer chaos. Unless you have an extremely keen eye for the action, it's hard to keep up. I play and watch a lot of Overwatch, and even I quickly lose track if I'm not utterly laser-like in my focus.

An example of the replay cam in action from a match between LG Evil and Faze Clan (source).

Contenders couples smart use of replay with almost gratuitous use of a free-floating isometric camera, something which has only been seen sporadically in other tournaments. Generally, Blizzard's crew breaks it out in fairly narrowly confined areas or capture points, giving viewers a better understanding of precisely where everybody is and how engagements are unfolding. The visual language of these moments is almost MOBA-like, with a focus on positioning and the layers of strategy underlying it.

That's key in a game where front lines and back lines are so important, and consistent work from supports and flankers matters just as much as a big ult or a slick multi-kill. Blizzard's crew also does a good job of employing a third-person over-the-shoulder view on select characters during bigger fights, making a compromise between individual focus and a wider perspective.

The free-floating cam during a teamfight between FNRGFE and Selfless (source).

But when shit hits the fan, it can still be a manic muddle. And because Overwatch is a much faster-moving game than, say, League of Legends or DOTA 2, and the stakes of each encounter aren't as clear as in CSGO, shit is basically hitting the fan constantly. Even when big teamfights aren't going down, teams are usually still skirmishing while they build their ults or wait for teammates to revive. When the camera pulls back to try and give you a look at the bigger picture, it can exacerbate the problem, overloading you with information while failing to highlight important particulars, like who's focusing on who, vs simply poking and prodding.

Then comes a big moment. With characters bouncing all over the place and commentators talking at a million kilometres per hour, instant replay moments in the aftermath are often essential. The problem is, that isn't a super fun way to watch a sport. Sure, every sport has its "what the heck just happened?" moments, but when those moments make up a significant portion of your viewing experience, it's hard to get into a groove or feel hyped. You're following along, rather than feeling the moment. I've seen complaints that there are too many replays, but I think the bigger problem is that so many are necessary.

Overwatch Contenders' production leaves much to be desired where smaller details are concerned, too. While Blizzard has said it's Working On It (TM), the way teams are colour-coded is still a big problem. One team having blue names and status bars while the other is red might seem simple enough, but it falls apart in two crucial ways. For one, when you, a regular person, play Overwatch, you and your team are always blue, and the opposing team, from your point of view, is always red. It's a subtle thing, but having that visual language subverted just makes an already chaotic game even more confusing to keep up with when you're watching it. Second, those colours sometimes swap between games. A pro team might be red one game and then blue the next — in the same match. So you've gotta re-train your brain again.

As our own Eric Van Allen pointed out, Overwatch could also benefit from other camera types — for example a head-down camera that can see through roofs and scenery, a la CSGO. Also, I think Blizzard's crew could do a better job of mixing camera views so that we could, say, get a pulled-out view of a big teamfight and then immediately go into the perspective of a particular player (or players) during the replay and subsequent analysis. Then we could see, for instance, exactly how that Genji backed the enemy Mercy into a corner and prevented her from rezzing her team, or what have you. That might also help train viewers to understand who they should be focusing on when future teamfights go down.

As I've said on multiple occasions, Overwatch has a lot of potential as an esport. It's thrilling to watch, has a ton of character, and leaves plenty of room for experimentation and zany strategies. It doesn't hurt that 30 million people across the world play it. For now, though, pro Overwatch is still something I would only recommend to the hardest of the hardcore. It can be fun to watch, but it's not for everyone. Not yet, anyway. Here's hoping Contenders gives Blizzard a chance to iron out the kinks once and for all.