PlayStation 2's Hack//G.U. Is Getting HD Remaster For PS4 And PC 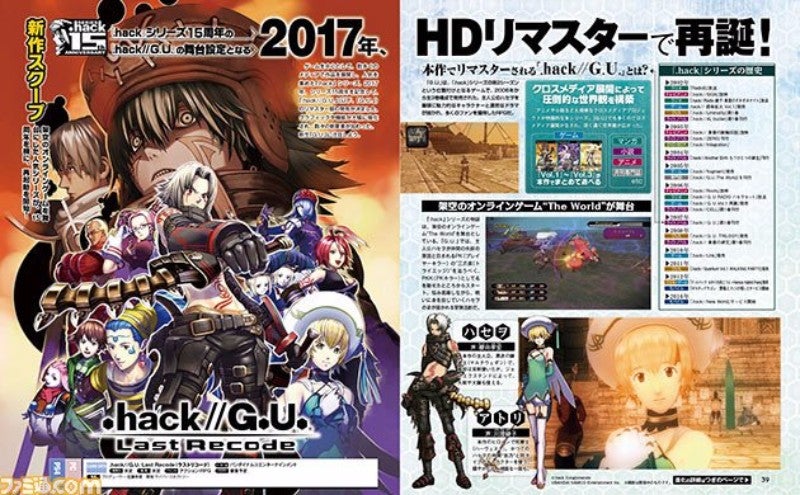 The action role-playing game series .hack//G.U. will be reborn as an HD remaster for the PlayStation 4 called .hack//G.U. Last Record.

According to Famitsu, the .hack//G.U. trilogy is not only getting remastered graphics with the forthcoming .hack//G.U. Last Record, but also a revamped game system and game tempo. The HD version will also feature new content.

The tweaks seems extensive enough for Famitsu to ask "Is this a totally new work?" No, but it sounds like CyberConnect2 is going to shore up the original .hack//G.U. for the current gen.

The Famitsu article says that .hack//G.U. will be resurrected as an HD remaster in 2017, but the web teaser of the printed article doesn't give an exact release date. No word about an international release, either.