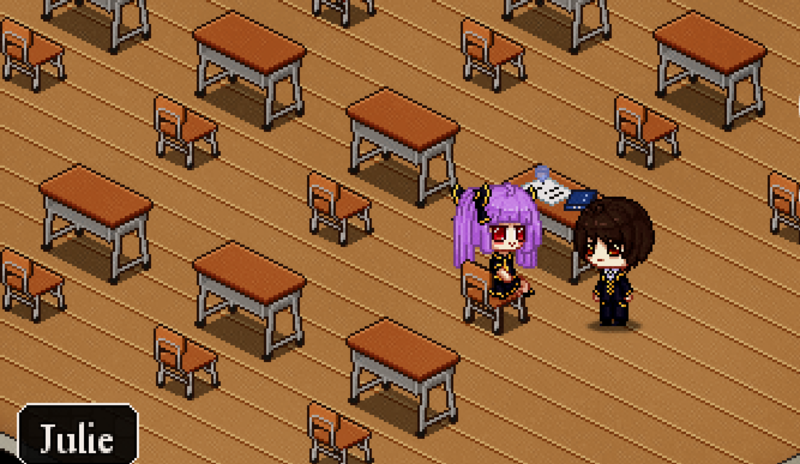 A screenshot of Willie, the protagonist, interacting with Julie, another classmate.

One of the games listed under Steam's current "Popular New Releases" tab is essentially a rejection simulator. Published in late May, Confess My Love has been downloaded almost 75,000 times and received overwhelmingly positive customer reviews.

The RPG puzzle game, which is developer LR Studio's first, focuses on Willie, a high school student who has a crush on his classmate, Liza. One day, Willie debates whether or not to confess his feelings after class.

As the player, you decide how Willie overcomes his anxiety to share his secret. For example, Willie could hesitate and wait for Liza to say something, or he could tell her directly. Simple enough, right? Wrong: there are actually twenty different endings to this game, and they don't all go according to plan.

Some endings are easy to accept… 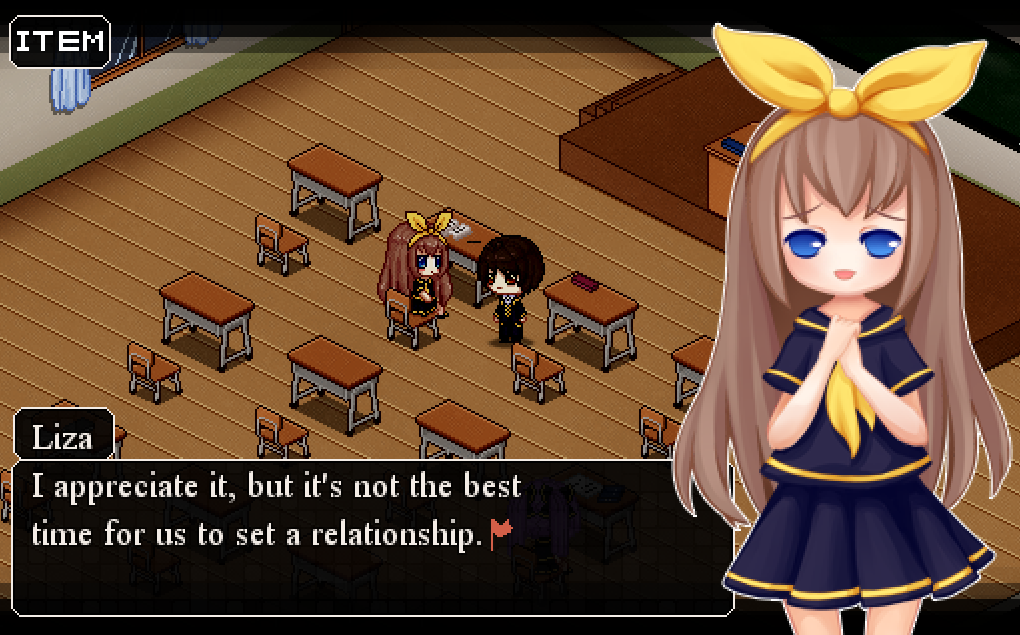 I can understand this. She's a busy high school student, after all.

Others will actually hurt your feelings… 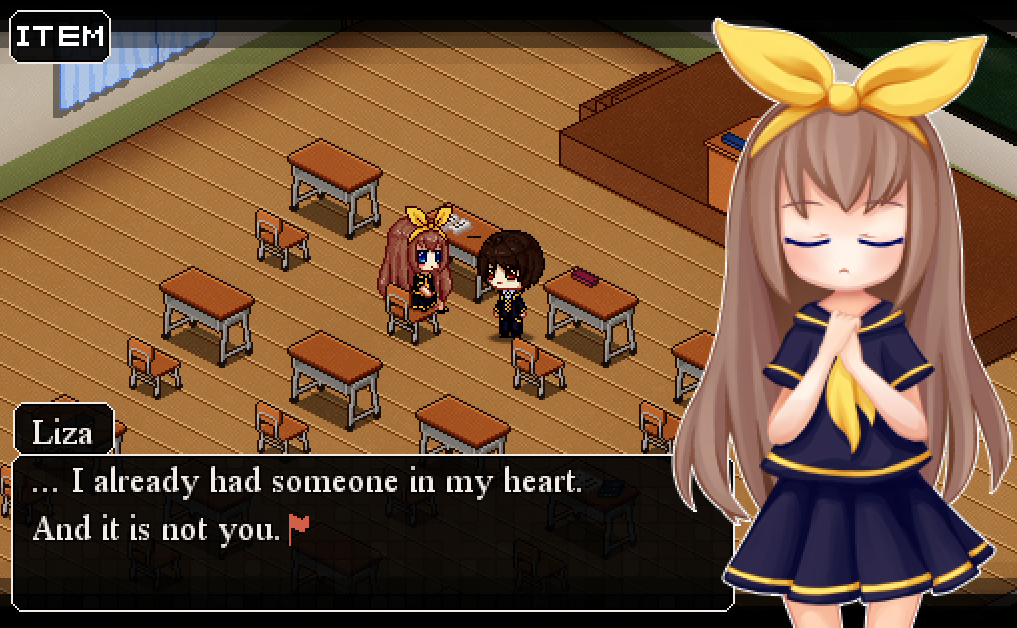 Ow. At least the cuteness of the pixelized chibi-sprites distracted me from the fact that Willie and I will be forever alone.

...And a few are straight up freaky. 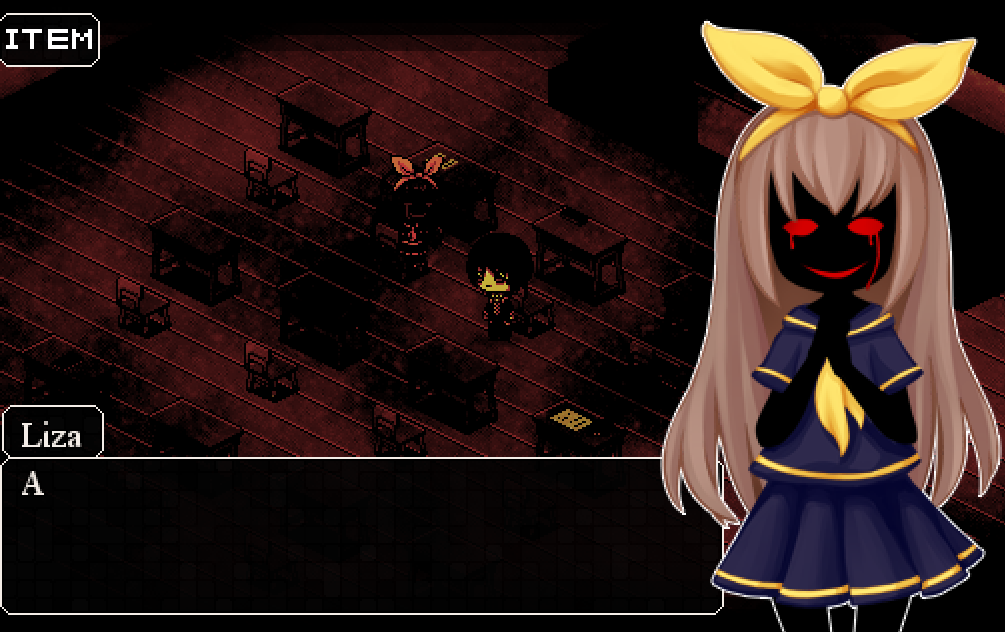 What happened to you, game? You were so cute at first!

Each playthrough will take you about five minutes or less, depending on which route you follow. After you obtain a few new endings, the room will subtly change, adding new objects that you can use to unlock more endings.

After seeing how this game gained so many positive responses, I decided to check it out. At first, the dialogue is bland, and filled with grammatical errors (although that's probably because the developer's first language isn't English.) On the surface, the story seems cliché.

The developer even warns the player on the official store page that "This game is quite boring, the main content is to explore and dialogue," but I still enjoyed getting rejected. Every time I failed, I got to learn more about the characters and plot. And if you're sitting there cringing at the idea of having to sit through the same dialogue 20+ times, just know that there's a skip feature!

Personally, I had trouble getting all of the endings without the usage of a walkthrough. Different endings are triggered by the time, the order of the objects you pick up, and who is in the room. In the beginning I was trying a variety of different approaches, totally confident I didn't need help.

Later, after being exhausted of ideas, I anxiously rummaged through my classmates' desks for clues. I managed to get about half of the endings without cheating.

Although Confess my Love is a short minigame, it is easy to see why people like it: one, it's free, and two, it focuses on realistic themes related to love. Falling in love, the game communicates, is about taking chances.