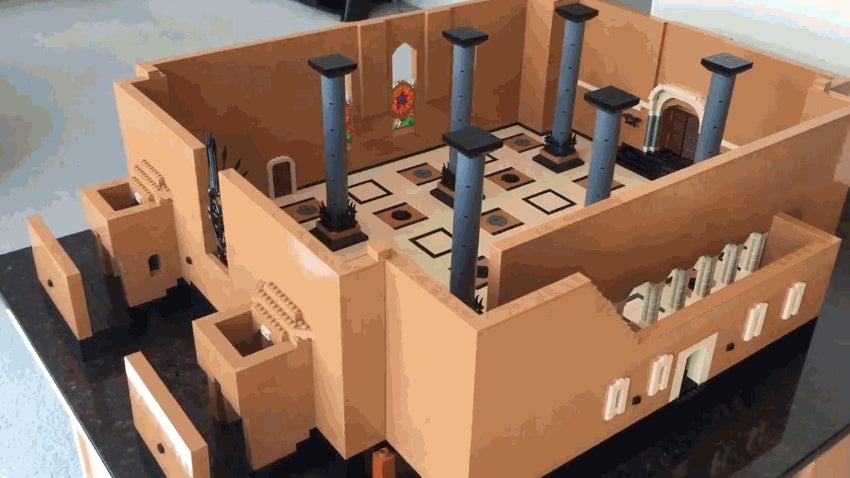 What is this, an Iron Throne for ants?

YouTuber Tusserte recently released a video sharing his custom Lego Red Keep Throne Room, which is currently occupied by Queen Cersei on Game of Thrones. According to the video, the project took about 18 months to conceptualize and build, and consists of over 15,000 Legos.

The video's a little long, but there are are a couple of interesting tidbits in there. For example, Tusserte said the Iron Throne itself was made from swords and spears (held together by clips), and he created two sets of columns to represent how King Joffrey had the original ones replaced in season 2.

The stained glass windows are the only items he glued together, since they're made from transparent pieces that don't attach. However, the windows themselves are interchangeable, so as to make way for Cersei's Lannister crests, which appear in season 7. Only time will tell what decks the halls in season 8.

For anyone wanting a little more info on how Tusserte designed his Red Keep, he's released a behind-the-scenes look detailing how he created the build in Lego's digital designer program, and then put the whole thing together.