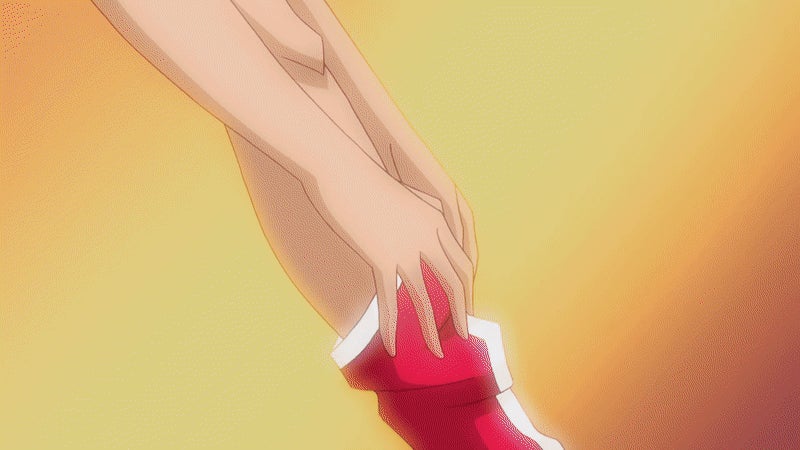 Wonder Woman smashes onto the silver screen this week with her first ever live-action movie (our review is here), but it's not the first time she's actually headlined a movie. She starred in her own animated, direct-to-DVD movie nearly a decade ago, and although it stumbled in spots, it still remains one of the best takes on the character beyond the comics.

Loosely inspired by the seminal 1987 post-Crisis on Infinite Earths reimagining of Wonder Woman by George Perez, Len Wein and Greg Potter, the 2009 Wonder Woman animated film — co-written by seasoned Wonder Woman writer Gail Simone and DC Animated series writer/producer Michael Jelenic, and direct by Voltron: Legendary Defender's Lauren Montgomery — thrust Diana into the 21st century, rather than introducing her to the World of Man in our past. Much like the new live-action movie, Diana (voiced by Keri Russell) teaming up with Steve Trevor (Nathan Fillion) to defeat Ares (Alfred Molina), as the mythical God of War attempts to bring about a new world war amongst mankind.

Also like the new movie, Wonder Woman '09 spends a lot of time establishing Diana's home of Themiscyra, and fleshes out her relationship with her fellow Amazons and especially her mother, Queen Hippolyta (Virginia Madsen), far more than most takes on Diana's origin story often get to do. In fact, one of the best things about the movie is its take on the Amazon race at large, mixing its grand, often epic-scaled battle scenes (from both flashbacks to Ares' first defeat thousands of years ago to the climactic battle in Washington, where Hippolyta leads her sisters into the fray against Ares once more) with a more nuanced, intriguing depiction of their home life. 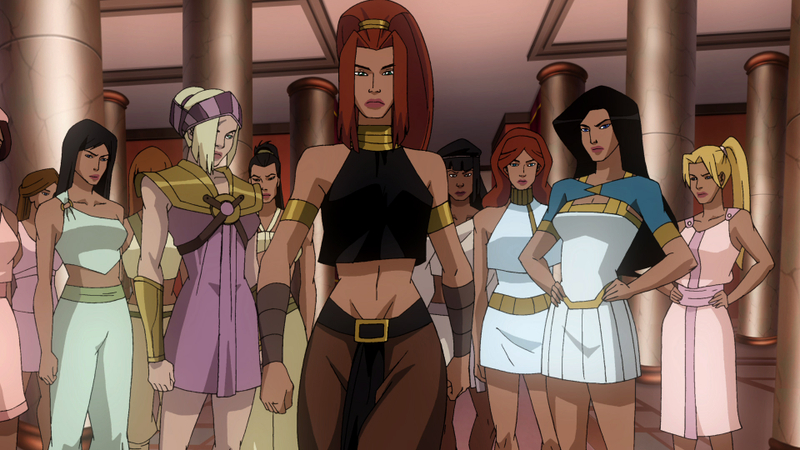 The Amazons rarely get much time to shine in Wonder Woman origin stories, because the focus is rightly on Diana's journey away from them, but here, we get to see a society that's not wholly homogenous in its thoughts and attitudes. Not everyone agrees with Hippolyta's rule, and not every Amazon is a bloodthirsty warrior — there are shades to the supporting cast of Amazons here, which you seldom get in many Wonder Woman stories.

Honestly, the area that Wonder Woman '09 succeeds the most may be its action. From smaller moments like the Themiscyran trials to determine who returns the crash-landed Steve Trevor back to Man's world, to the film's crazy, fantastical war scenes, pitting armoured Amazonian legions against Ares' hellish demonic hordes stand out as some of the best-looking fights in DC's stable of animated movies.

The film's focus on action might detract from other aspects of Wonder Woman's character (more on that in a bit), but at the same time it lends a larger-than-life level of stakes to the film, a real, epic, clash of the titans befitting the mythology Wonder Woman is inspired by. If you like your Diana kickass, then the animated movie is likely for you. 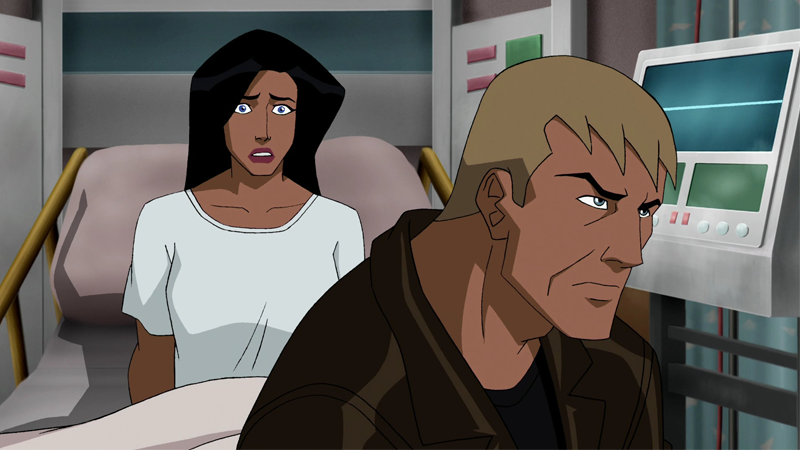 Surprisingly, the one thing the animated Wonder Woman really fumbles is not necessarily its portrayal of Diana, but of Steve Trevor. From the get-go, this Steve is presented as a bit of a jerk, a lothario that's all wisecracks and flirts — something Fillion excels at, to be fair — and a man enchanted by the sexual allure of Diana from pretty much the moment he meets her.

Contrasting Diana's stoic nobility with the suave, swashbuckling man of action Steve represents works to a certain extent, but the movie seemingly forgets that Steve is also meant to represent the best of humanity to Diana, traits which make her realise that Man's world is worth dedicating her life to defending. Why would she do that — let alone eventually fall in love with Steve — if everything we see from him as Diana's window into the wider world makes it clear he's kind of an arsehole? 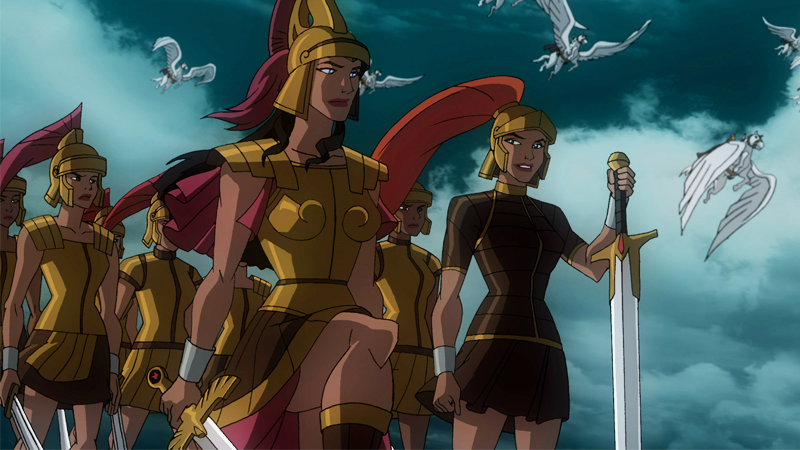 The action-heavy nature of Wonder Woman '09 also means the film unfortunately spends a lot of time focusing on the more aggressive, warrior side of its hero, rather than the aspects of Wonder Woman that speak as a champion of love and hope. Some of that is necessary, given the premise of Ares' war-stoking invasion being built on the cynical view of the darkness that lies in not just the hearts of men, but also the Amazons. But at the same time, it feels strange to see Wonder Woman as primarily a hero of not just action, but brutal violence.

Despite being mostly bloodless, this movie is surprisingly intense in its fight scenes, with stabbings and all sorts of limbs being lopped off, not just by the Amazons but even Diana herself — with less emphasis on her loving, compassionate side.

It makes for a stark contrast to the new movie, after hearing much of the praise for Gal Gadot's performance comes from the fact she is an optimistic and hopeful standout in the morally grey world of the DCEU.

Keri Russell's Diana is one who is more sceptical of the World of Man than she is curious, ruthlessly dedicated to her mission to defeat Ares rather than driven by a desire to see the world beyond Paradise Island. In the past it's been those attributes that set her apart from her fellow Amazons, but here she's primarily a warrior like her sisters, making them much more alike than different.

That said, there is one oft-remembered scene in Wonder Woman that speaks to the more caring side of Diana (or at least blends her warrior persona with the kindness often attributed to her) when she happens upon a teary young girl in a park, upset that her male friends won't let her play-fight with them:

It's probably the closest thing to a perfect scene Wonder Woman '09 has. It wholly encapsulates why people have loved Diana for nearly eight decades at this point — her strength, her charm, and her compassion, laid out with one playful thrust of a stick.

The rest of the movie might sweep that aside a bit more than I'd like, but in the end, it does a pretty grand job of bringing Diana into the modernity. In doing so, it presents a Wonder Woman who is absolutely worthy of standing on her own, apart from the confines of the DC trinity or the Justice League. It's just a shame it took almost a full decade after the animated movie for Diana to step into the her own spotlight once more.

Update: An earlier version of this article failed to credit Gail Simone and Lauren Montgomery as writer and director, respectively. It has been updated to include their credits, and we regret the error.