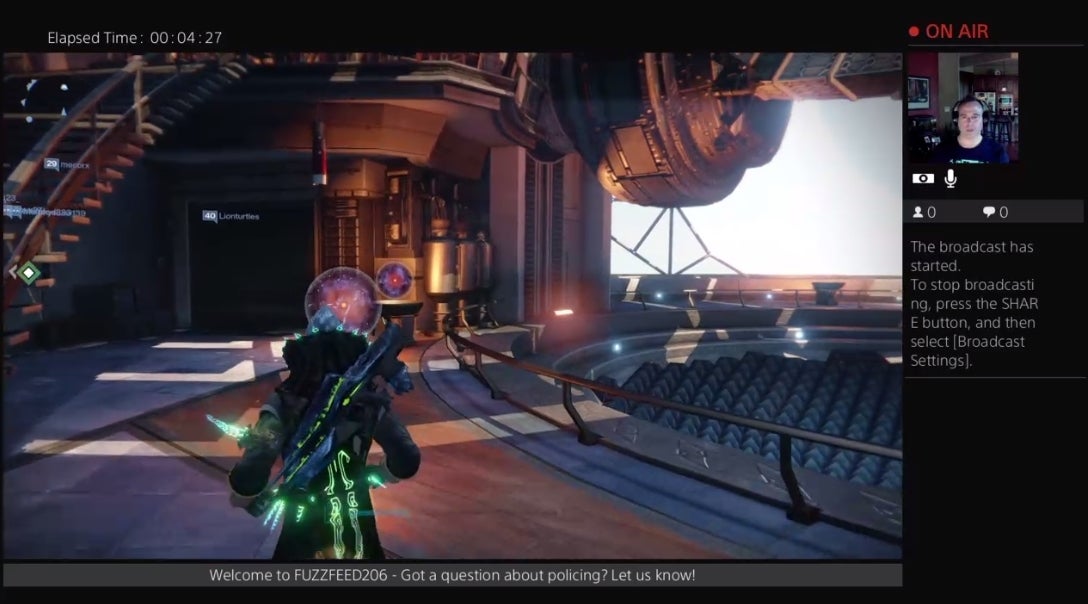 In addition to regular channels, the Seattle Police Department has a unique approach to communicating with the public. On Twitch, they play Destiny and talk about everything from graffiti to protests to their own investigation processes. Recently, however, they used it to give an update on the controversial shooting of Charleena Lyles.

Lyles, a black woman with a known history of mental illness, was shot and killed by Seattle police on Sunday. She called the police to report a burglary, but according to the police, she ended up pulling two knives. After the police failed to deescalate the situation, they shot her. Lyles, who was pregnant at the time of the shooting, was a mother of four, and three of her children were in the house at the time, according to a report from The Seattle Times.

The incident made national news, and the police have faced heavy criticism for their resolution of the situation. Among other things, The New York Times reports that police knew of her mental health issues from previous encounters and had placed an officer caution on her apartment for that reason. Despite this, police involved in the encounter did not bring a taser as a means of non-lethally subduing her, as revealed by audio released by the police.

The Seattle Police Department has released the aforementioned audio as well as transcripts and a 24-hour surveillance video. And one officer, Sgt. Sean Whitcomb (who goes by the handle "Vesper Bat" on Twitch), took to the department's Twitch channel to give an update on the situation.

"This episode is going to be a little on the heavier side," Whitcomb says before launching into an explanation of events leading up to the incident, as well the incident itself and the criticism of the officers involved. He talks about a radio call beforehand where the officers acknowledged Lyles' mental health issues and mentions that policy requires police to have at least one non-lethal weapon on them. In this case, it was pepper spray and batons — but not a taser. He also explains how this case will be reviewed and investigated, and notes that this is the same sort of information the department would normally provide to reporters

All the while, Whitcomb plays Destiny, an MMO where players spend a large portion of their time shooting things. It is, of course, the format of the channel, but consider the optics of playing a shooting game while discussing a tragic police shooting that took the life of a pregnant mother of four. Whitcomb, to his credit, does not shoot anything during the broadcast, but some feel like playing any game at all while discussing Lyles' death actively trivialises it.

"#CharleenaLyles murder is reduced to video game chat!" said one woman on Twitter.

"Are you serious?" said another Twitter user in response to the stream. "How tone deaf is this?"

Seattle-based newspaper The Stranger reached out to Whitcomb for an explanation. Whitcomb replied that the officers were "suffering" in the aftermath of the shooting, but seems to imply that skipping the broadcast would have been, in the Stranger's paraphrase, a "cop-out" — ducking the questions instead of appearing before the community.

In the wake of controversy stemming from the Charleena Lyles stream, the Seattle Police Department took down the video and discontinued use of its Twitch channel.

"Any time there is a crisis in trust and damage to community relationships, that is the wrong time to shut down, but a time to engage and a time to listen," Sgt. Whitcomb told GeekWire. "We're certainly listening and hearing what people have said on other social platforms about this feed. So that is one reason why we are suspending it. Any good that can come of this would be neutralised by any additional pain it might cause."

Whitcomb added that he wouldn't have done the stream in the first place "knowing that it caused a lot of hurt."