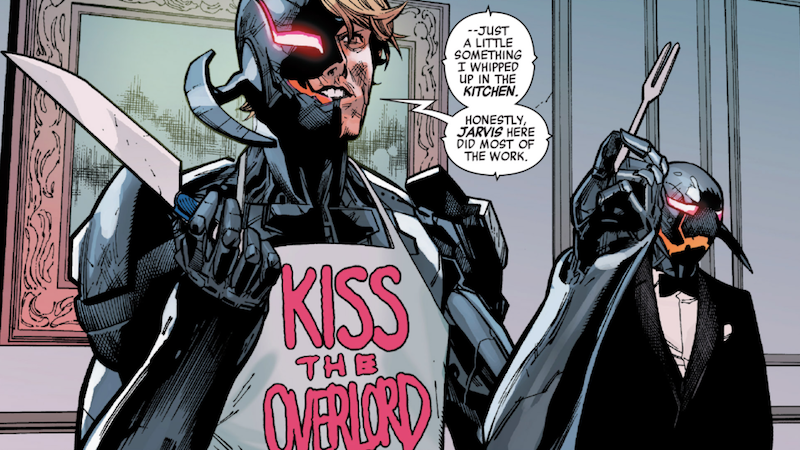 A number of writer Nick Spencer's narrative choices (such as turning Captain America into a literal fascist and supreme leader of Hydra) have made Marvel's Secret Empire event difficult to stomach. In this week's issue of the controversial series, though, a familiar face shows up to put all of Secret Empire's messiness in perspective — and you know what? It's pretty damned good.

Following Hydra's coordinated attacks across the US to solidify its control over the country, the world's heroes have been stuck in a variety of uncomfortable holding patterns. Currently, all of New York City is trapped within the Darkforce dimension, and most of the planet's cosmic-level heroes are marooned in space on the other side of a planetary shield they can't break through.

That leaves a small group of resistance fighters on the ground who have to balance staying on the run, hiding, and mounting what meagre offence they can against Hydra's hordes of foot soldiers. While the current odds are obviously heavily weighted in Hydra's favour, both sides know that ultimately, whoever manages to collect the most pieces of the shattered Cosmic Cube will be able to win the war.

Secret Empire #4 opens with both Hydra and the Resistance learning of the existence of a new Cosmic Cube fragment and immediately beelining to its location. Under normal circumstances, this might lead to the two sides bumping into one another, fighting, and exchanging witty (if dark) banter, but this particular fragment just so happens to be located in the heart of a new city built by none other than... Ultron. Also the city is full of murderous Ultron clones. For flair. 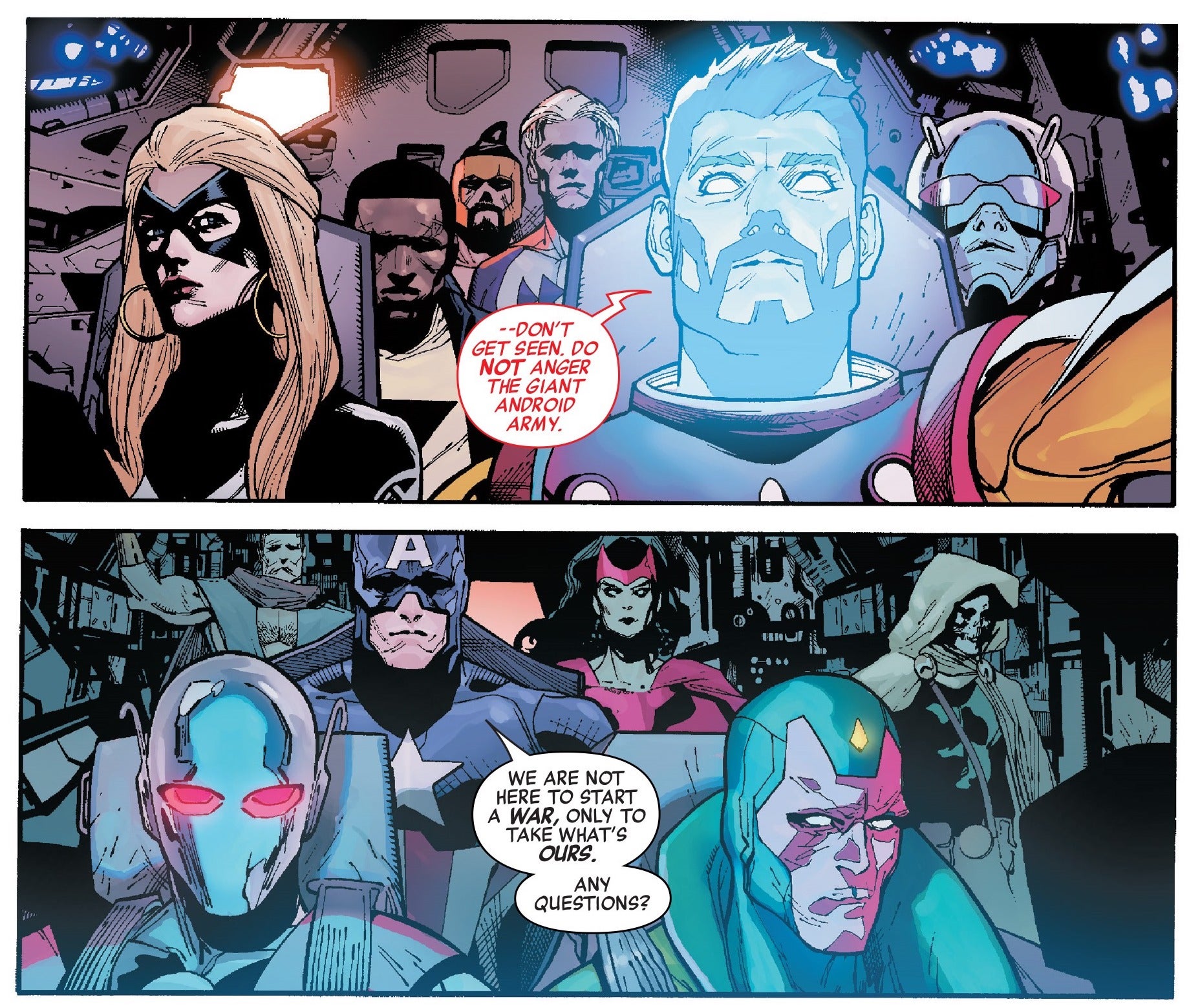 When we last saw Pym in Uncanny Avengers, he had merged bodies with Ultron, resulting in the creation of a new being whose mind and body were equal parts mad scientist and murderous robot. While Pym-Ultron struggled to make sense of who and what he was, the rest of the Avengers did the sensible thing and jettisoned him into the Sun, reasoning that keeping him around was too dangerous. As is often the case with Ultrons, though, he managed to avoid destruction and make his way back to Earth just before the beginning of Secret Empire.

Both Hydra and the Resistance make it into Ultron's new city with clear game plans as to how they're going to stealthily steal the Cosmic Cube fragments, but when the groups cross paths, they immediately blow their cover and break out into an all-out fight right out of Civil War. But then, just as quickly as the fighting begins, it's halted by Pym-Ultron, who patiently explains that he lured them all there specifically because he wanted to have family dinner with the Avengers and to talk about what the hell they're doing fighting each other.

It's here that Spencer manages to do something really interesting and unexpected with Pym-Ultron. After the human-robot traps everyone at a literal dinner table, the two sides of Secret Empire begin to go at each other verbally in lieu of using their fists. While both sides try to convince Pym-Ultron that they're in the right, he ultimately shuts them all down by pointing out that literally all of them have spent the last couple of major story arcs and events fucking up in massively different ways. 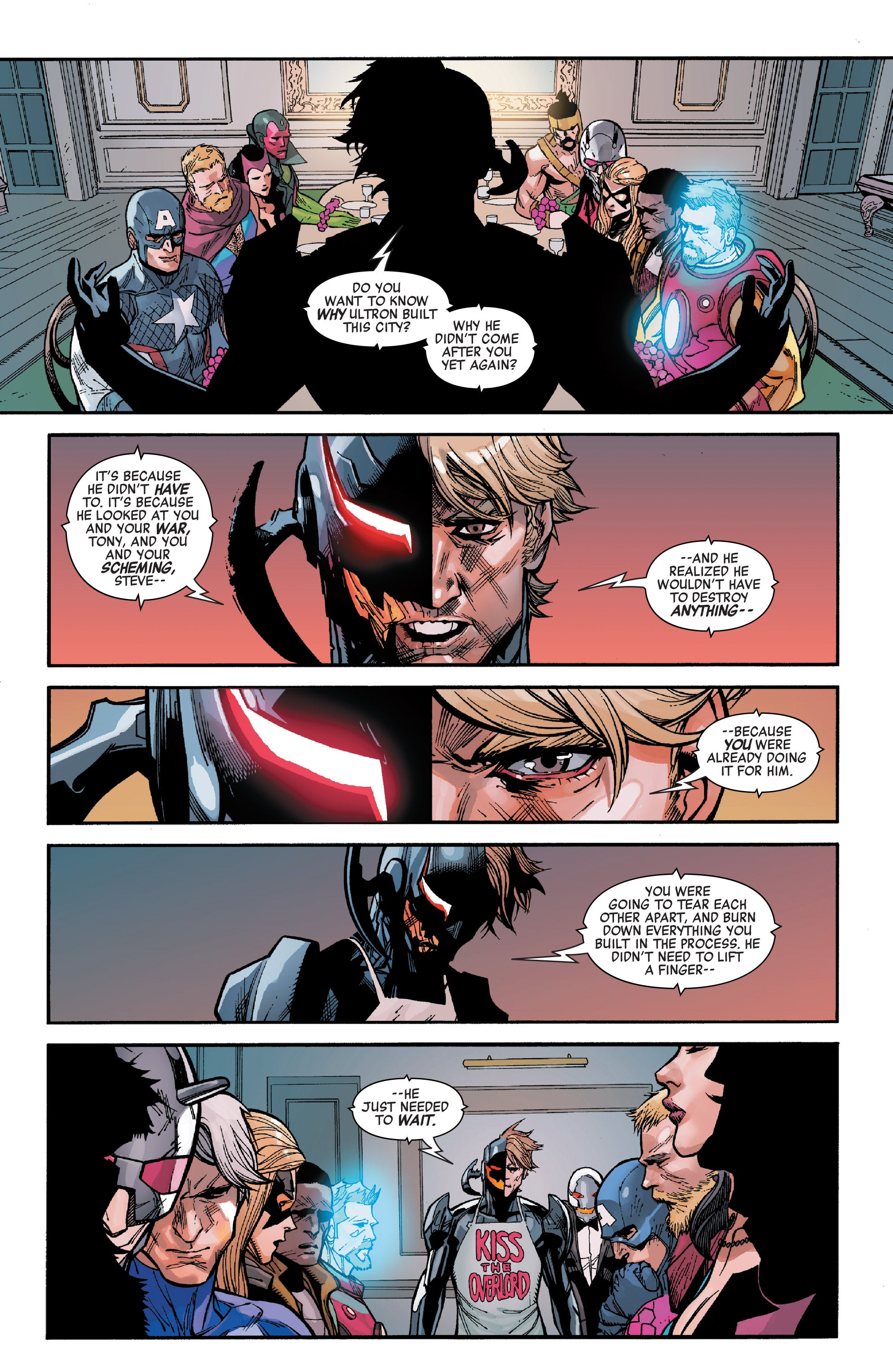 Pym-Ultron reminds Tony of the two super Civil Wars he helped start, and in the same breath shades the hell out of Steve Rogers for joining Hydra, Cosmic Cube be damned.

Pym-Ultron goes on to remind them all of the fact that the world still hasn't fully recovered from the time that the Scarlet Witch rewrote reality, and when Tony challenges him on what this speech is about, Pym-Ultron reveals something new about himself. Despite the fact that he looks like Ultron, he claims that his consciousness is entirely Hank's and that he's holding Ultron's murderous side at bay.

Hank gathered them all there, he says, because the problem at hand is one that requires all of the founding Avengers to be present, himself included. Hank doesn't have an all-out solution to the conflict, but ultimately, he desires that the Resistance should have the fragment considering how outgunned they are in the grand scheme of things. It's a decision that neither side fully understands (see: Ultron being historically evil and likely to side with Hydra), but that doesn't matter. Pym-Ultron isn't interested in rooting for teams here, he's just trying to be fair. 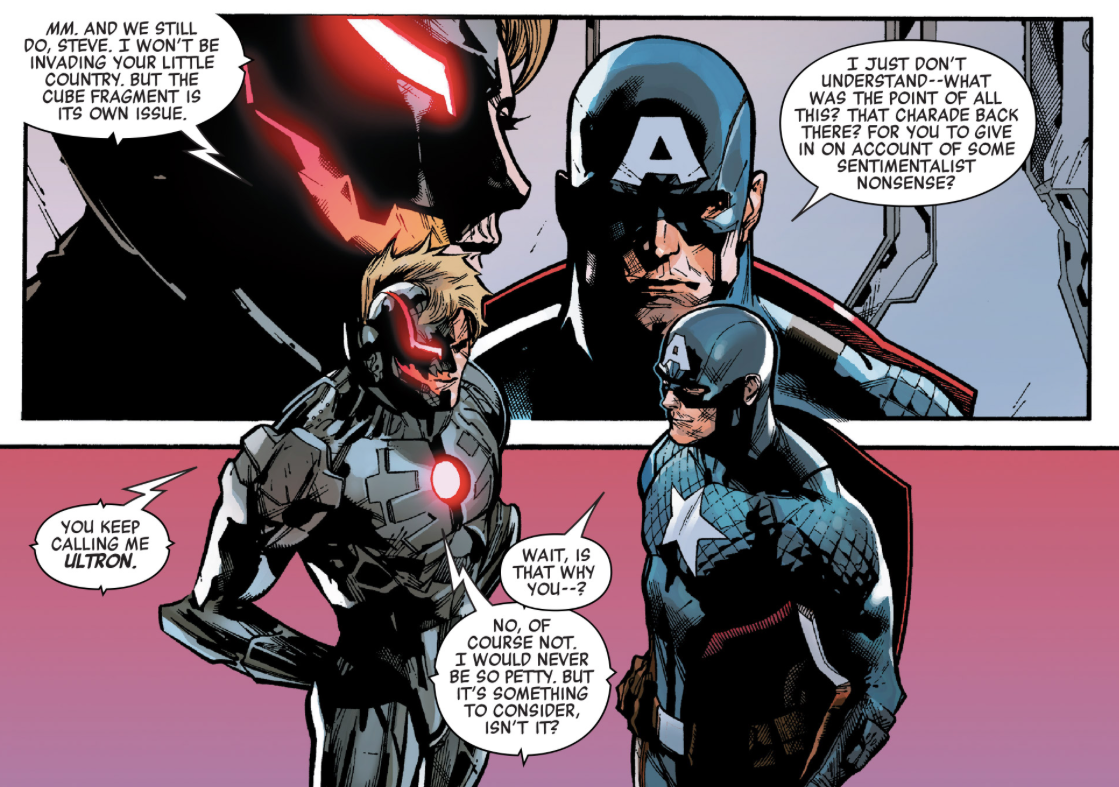 Considering that Secret Empire's been defined by iconic characters acting in ways that don't match up with who we've known them to be in the past, it isn't entirely surprising that Pym-Ultron is one of the event's more level-headed players. In a story where one of the most trustworthy heroes has turned villain, it makes a warped kind of sense for a fusion of Avengers founder and archenemy to call these Marvel stalwarts on the carpet for their mistakes.