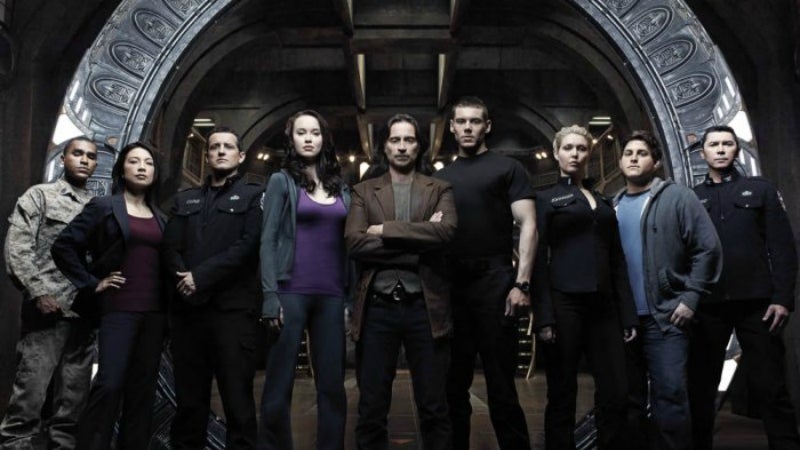 The third Stargate series, Stargate Universe, ended after only two seasons and just 40 episodes. It also ended on a fairly big cliffhanger that has remained unresolved for six years. But an ending, and a new "season," are coming in the form of a comic book.

Stargate Universe followed a exploration team on an ancient spaceship called Destiny, and their attempts to get back to Earth from billions of light years away. In the season two finale, the decision is made to put Destiny on a three-year, faster-than-light jump while the crew goes into stasis chambers. However, one of the stasis pods is discovered to be malfunctioning. Maths genius Eli Wallace (David Blue) volunteers to stay behind, believing he is smart enough to fix the pod before life support shuts down.

The fate of Eli will be resolved in a new Stargate Universe comic from American Mythology. It's described as a sort of third season where "Eli races against time to repair his damaged stasis pod, [and] a new danger to the ship threatens the fragile plan meant to keep everyone alive."

The comic, written by Mark L. Haynes and J.C. Vaughn with Giancarlo Caracuzzo doing the art, is titled "Back to Destiny" and will be out in the third week of June. While it may not be exactly as the show would have followed up the finale — the comics are officially licensed, but Stargate Universe's writers and creators aren't involved — at least fans will be able to get some closure.