The Clue Comic Delightfully Smashes The Fourth Wall To Pieces 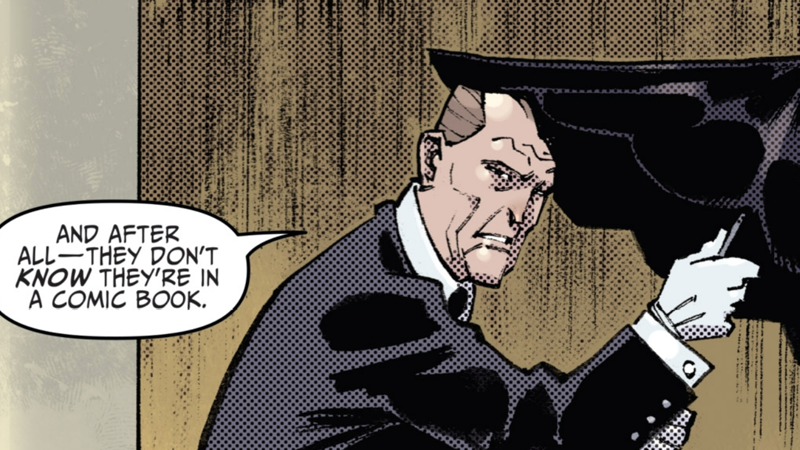 It's no surprise that a comic book based on the classic whodunnit board game Clue is outlandishly silly — after all, just like the beloved movie, it's hard to take the fact you're an adaptation of a board game with any sense of seriousness. IDW's new Clue series rolls with that, and takes it a step further with several twists on top of its own twist.

All the elements you'd expect in a Clue story come in to play in Paul Allor, Nelson Daniel and Neil Uyetake's first issue. There's a mansion. There's a series of colour co-ordinated guests — featuring twists on classic characters from the boardgame such as an Iggy Azalea-esque Aussie starlet for Miss Scarlet, to Mr Green, who's basically pharmaceuticals arsehole Martin Shkreli — who are all just unlikable enough that you're fine with assuming any one of them could be a cold blooded murderer.

Oh, and of course, there's a murder. Except it isn't the murder anyone was actually expecting — not even the butler, a wonderfully droll metatextual figure who is suitably shocked to discover he's not as omniscient a narrator as he thought he was. 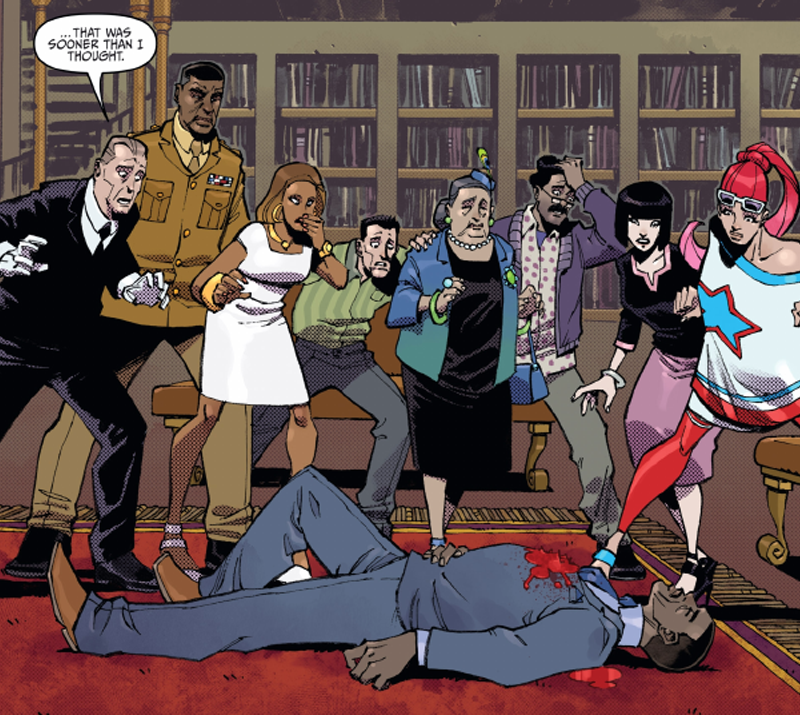 That's where the fun really kicks in. It turns out the murder of Mr A. Boddy is easily solvable, because the killer — Mrs Peacock — is stupid enough to literally leave the smoking gun in her purse, leading to her immediate arrest. 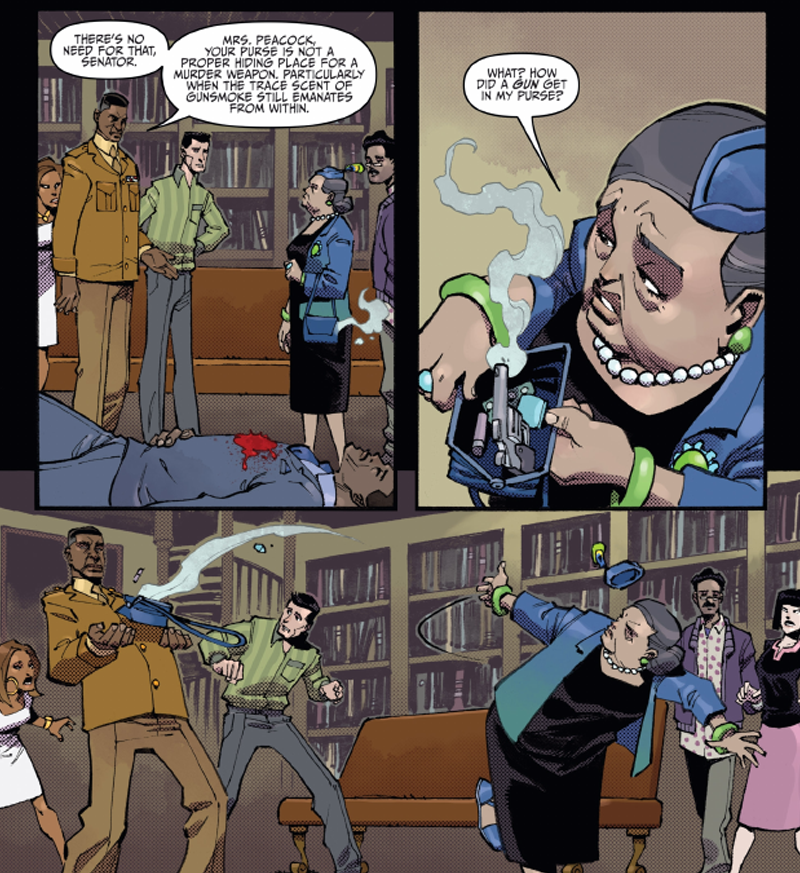 The real murder of Clue happens shortly after, when two detectives arrive to investigate Boddy's death, only to discover a short time after that Mrs Peacock herself has been done in, too (and yes, they can tell it was done with either a candlestick, lead pipe, revolver, wrench, knife or piece of rope). So not only does Clue have a fourth-wall-breaking narrator who specifically exists to lampoon the very idea of Clue itself, and poke at it from the audience's perspective of knowing all the tropes from the board game, not even he really knows what's going on.

It's a strong setup for the series, one that's already being appropriately mysterious by offering one of three different extra pages of story at the end of the first issue in every copy (the one in mine featured the two detectives, Amarillo and Ochre, investigating Boddy's office before Peacock's murder) — but one that's perfect for something as silly as Clue in the first place. Throwing in so many knowing references and fourth-wall-defying moments makes the proceedings as absurd as possible. Plus, keeping readers guessing till the very last page (after all, how do you trust an omniscient narrator who can get things wrong?) makes much more sense than trying to tell a self-serious murder-mystery story based on Clue. 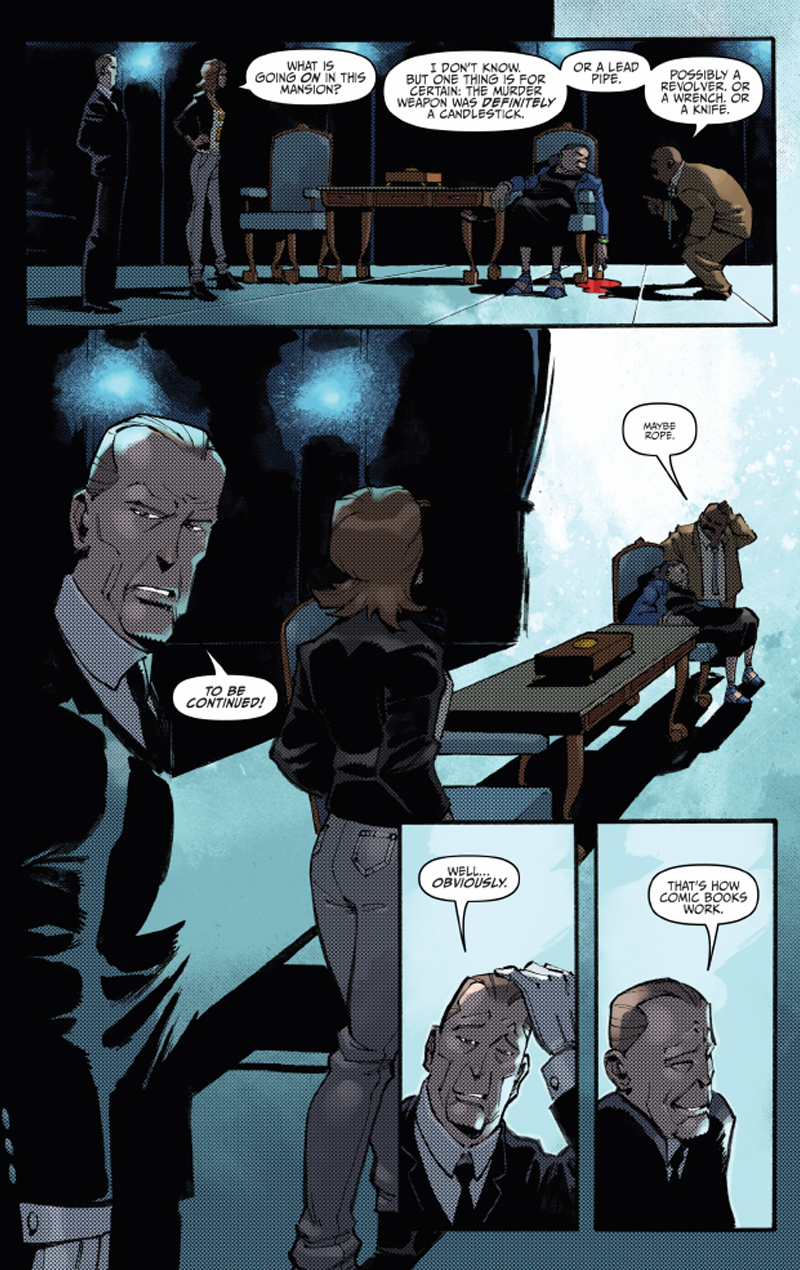 Maybe the real mystery will be whether or not the series can keep up with its expectation-defying surrealism for another four issues, rather than who killed Mrs Peacock. If it can, we're in for something rather special.