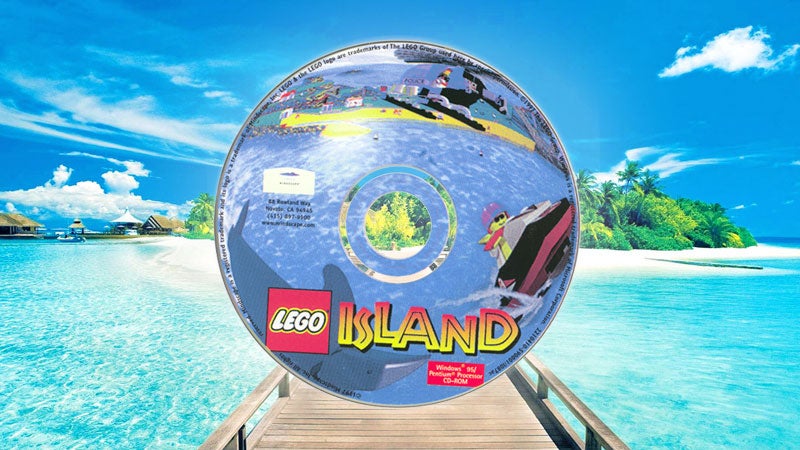 Far out in a digital ocean of blue bricks sits the often-forgotten Lego Island. It represents the true beginning of a silly and customisable universe that has brought enjoyment to millions of players around the globe.

Lego sets have been entertaining children and adults since 1949, when the Danish company began to mass produce their famous interlocking bricks. There have been hundreds of different Lego themes throughout the years, with sets based around outer space battles, spinning ninjas, magical elves, and more.

Of course the true genius of Lego is that the bricks can become whatever a builder decides. It's the basic sets and bricks that somehow have the power to become anything and everything. Every great Lego set has grown from this simple concept and these basic shapes. 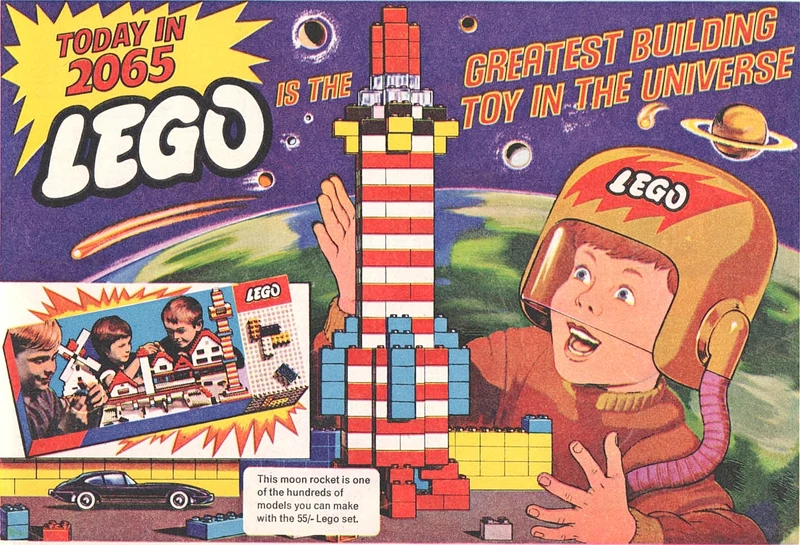 The Lego company has had its ups and downs in the last few decades, slowing feeling out the extended allure of their world renown brand. In recent times they have grasped on to licensed series such as Star Wars, Harry Potter, Lord of the Rings, Minecraft, and The Simpsons. Putting their own adorable and blocky spin on any movies, TV shows, or popular media willing to take the Lego plunge. 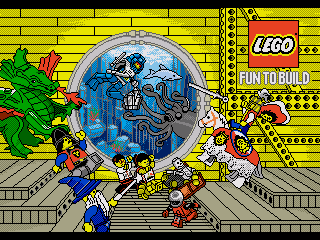 Years before this revelation of mixing in mainstream intellectual properties Lego decided to move into the exciting realm of video games. While many consider Lego Island to be the first legitimate Lego game, it's technically the second. The original was a very limited title for the Sega Pico system called LEGO: Fun to Build. The Pico was an educational gaming platform that looked like a small laptop and didn't find much of a market outside of Japan. It's certainly not a well-known or memorable game and most Lego fans are unaware of its existence.

In 1997 Lego shot for a bigger audience with the launch of Lego Island for the PC. Instead of going for the standard 2D look used in the pervious Lego: Fun to Build, the developers at Mindscape decided to bring Lego Island's bricks into the third dimension by using Microsoft's DirectX software. Due to the simple geometric shapes involved in the average Lego set the 3D character models, buildings, and environment as a whole were very reminiscent of the actual Lego product. Though textures tended to be a bit muddy and unattractive, Lego Island was a surprisingly accurate representation of the toy brand in virtual form. 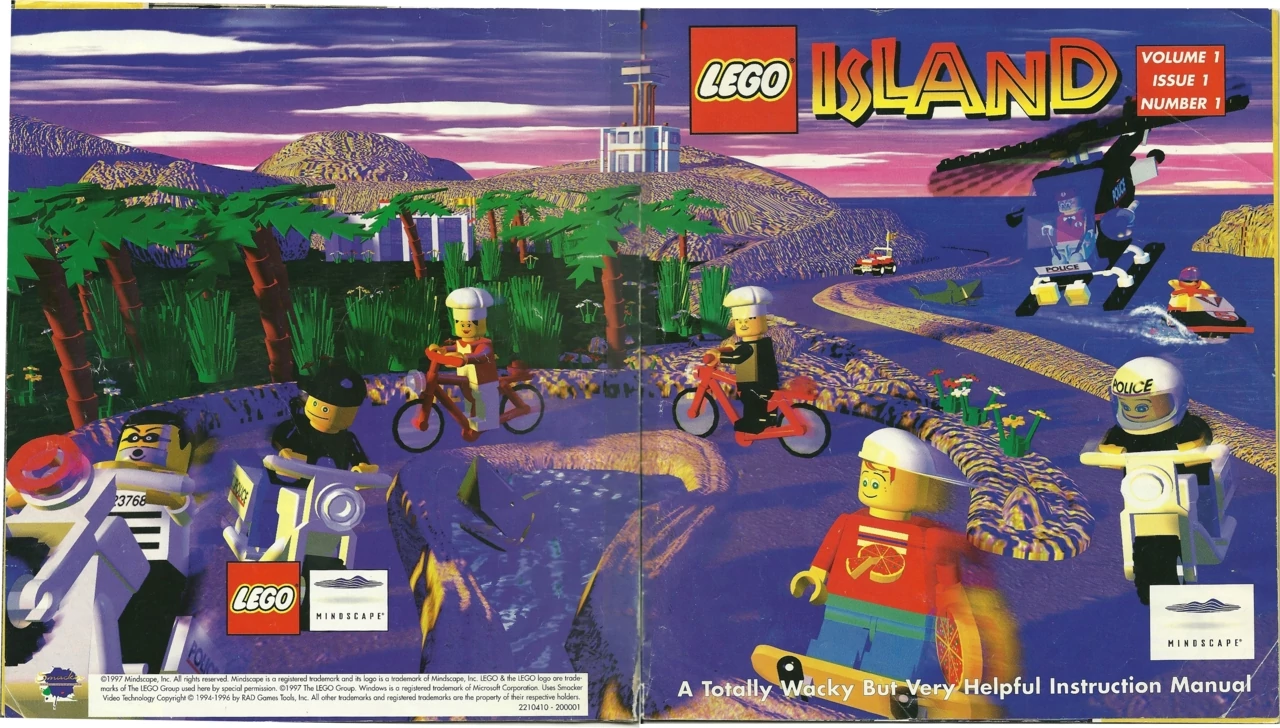 The game let players choose between five varying Lego citizens, including Mama, Papa, Laura, Nick, and a pizza delivery boy with the cringeworthy name of Pepper Roni. Despite nearly every Lego game since Lego Island featuring a full view of the current playable character, this initial adventure only featured a first-person perspective. The nonlinear gameplay allowed players to explore the small island and complete side tasks for locals residents.

While specific goals and tasks could be cleared to move along the game's main story (centered on an escaped convict known as the Brickster), the greatest draw was simply poking around the island. Players who knew the right tricks could stumble upon secret caves, brave shark-filled roads and unlock easter eggs galore.

One of the most enjoyable aspects of Lego Island was the ability to assemble different vehicles and modes of transportation using realistic Lego bricks. Race cars, helicopters, jet skis and dune buggies could be built piece by piece with the help of an eccentric mechanic known as Bill Ding. These 3D models could be rotated and constructed from different angles, so players could get a good look at the parts they currently needed.

A handful of computer games at the time had basic building and customising modes, but Lego Island gave players the blueprints and wherewithal to make the items in real life if they so wanted. This was as close to today's toys-to-life scene as players could get in the late '90s.

And while the creative aspects of Lego Island were wonderful, it would have fallen a bit flat had it not been for the game's excessive self-referential humour. These weren't Lego figures living the life of regular humans. When you asked a Lego friend to lend a hand they might just pop their yellow claw off and offer it to you. In an ending sequence to the main plot two Lego figures play keep away with another ones head while a giant pizza rolls around town.

It was ridiculous, but ridiculous on the same level as a child's imagination. Lego Island had a freedom and a playfulness that seemed to mesh perfectly with the toy world upon which it was based.

It was the success of Lego Island that drove Lego as a company to open a publishing division called Lego Media. It was the game that proved Lego was more than just a physical toy, and that its characters and creativity could exist in the digital world.

Today there are dozens and dozens of Lego video games available to fans, with a huge variety of franchises to choose from. Series like Lego Star Wars, Lego Harry Potter and Lego City have gone on to sell millions of copies and further extend the longevity of the Lego brand. But what you'll notice about many of these titles, as well as the recent Lego movies, is that they keep that same silly and self-aware humour introduced long ago in Lego Island. The ever-expanding toys-to-life title Lego Dimensions even harkens back to Lego Island's creative side, with players building real-world vehicles and items that show up in-game. The influence is certainly there.

Younger fans will likely never get their hands on a proper copy of Lego Island. The game celebrates its 20th anniversary this October, but seems destine to sit as a footnote in the grand history of the Lego company. Like many games it has become an important stepping stone to bigger and better things.

So here's to you, Lego Island. You're the virtual base set that started it all. The one that helped developers slowly build a multiverse of quirky characters and fantastical worlds. And for that we thank you.