The Kojima Game That Made You Play In The Sun 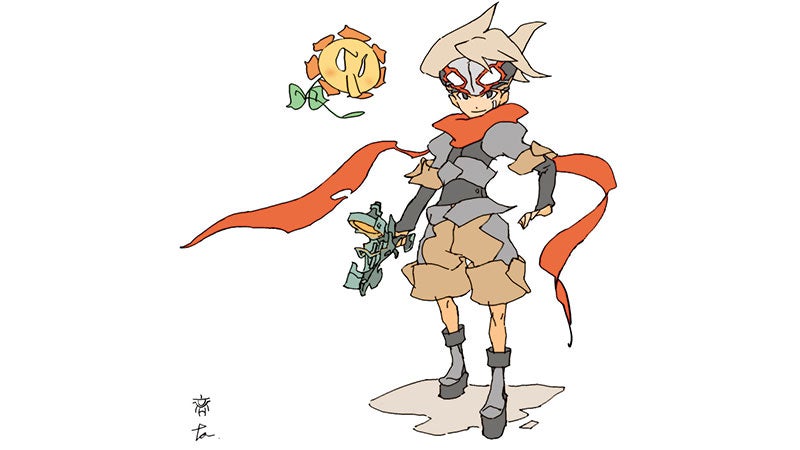 Hideo Kojima is famous for being the driving force behind games such as Metal Gear and Snatcher. But today, we're going to talk about another of his games: Boktai, a quirky little Game Boy Advance title that asked the player to go outside and get some sun.

Most people know and love Japanese developer Hideo Kojima for the Metal Gear series, a franchise he created all the way back in 1987.

While that sounds... odd, it was for a very good reason: Not only was Boktai the story of a vampire hunter who was more powerful during the daylight hours, but to ensure that these powers were properly timed, the game's cartridge included a daylight sensor at the top. 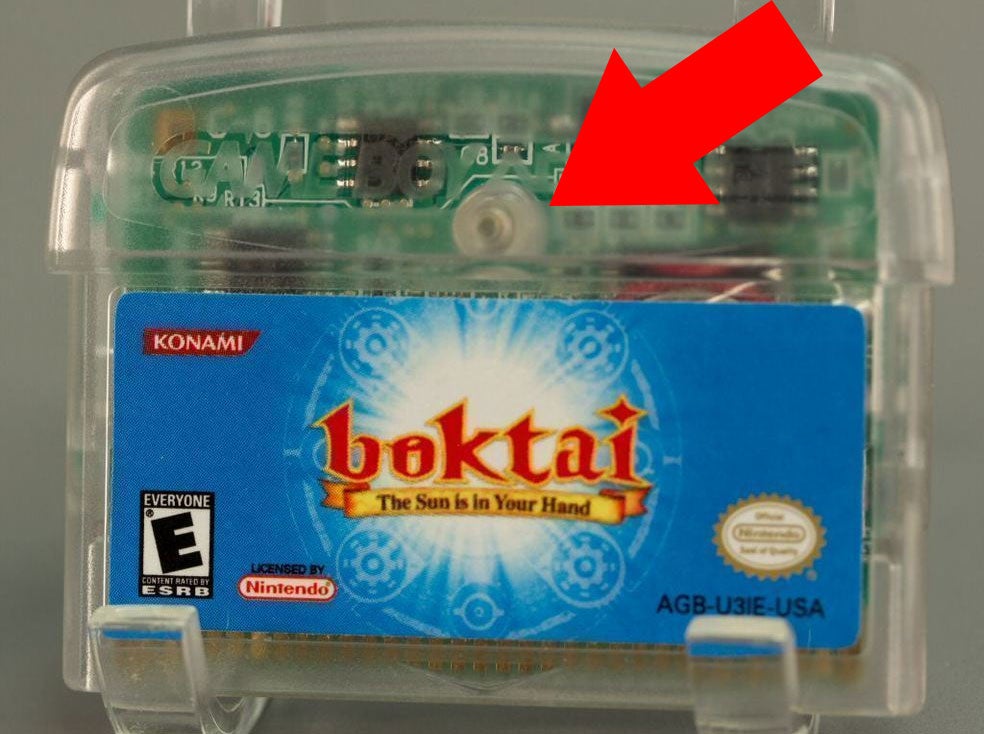 The sensor is that little round thing, which would be able to detech sunlight since the GBA's design meant the end of the cartridge was always protruding | Image: National Museum Of Play

When you first fire up the game, you get this helpful message: 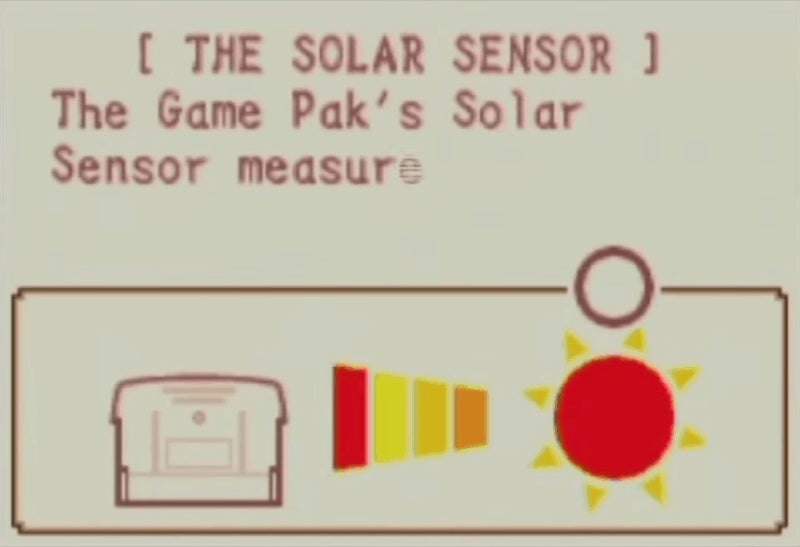 You were then asked to input the time and your timezone, and Boktai would adjust to your location and match the daylight in the game accordingly (so if it was midday outside it'd be midday in the game).

Having come up with a game design idea, Kojima then had to find some hardware that could get the job done. "But I didn't know if it was technically possible, and I didn't know how much it would be if I could do this because it might be too expensive with the GBA ROM and having a specialised cartridge," he explains of the solar sensor's creation. "There's a division within Konami that makes specialised toys that have odour sensors and humidity sensors, and they're pretty cheap. And when I was creating Metal Gear Solid 2, I asked them if it was possible to come up with a solar sensor. And when I knew that it was possible, that's when I said, 'We're going to do this.'"

Which sounds like a completely unique and fascinating way to design a video game, and it was! But the game's quirks overestimated players' willingness to tailor their playtime to the need to go outside and underestimated a fundamental hardware flaw: Boktai asked you to be outdoors, but the Game Boy Advance's screen (the improved SP was available by now, but a load of people still had the older system) made playing outside a massive pain in the eyes.

Now, this is the part where I point out that you didn't always have to be outside. Boktai was still playable inside and/or in the dark, as the game's 2003 E3 trailer goes to great lengths to point out:

When you did play outside, you could store sunlight in batteries, which would allow you to play for a certain amount of time in the dark. When they ran out, many situations could still be overcome by collecting in-game resources. Oh, and players soon found that you could sometimes get enough sunlight by sitting next to a window or on a porch if you had the right conditions.

But while you could postpone the fact, you couldn't escape it: Eventually you had to play this game outside, especially since it was a requirement for overcoming Boktai's boss battles. And for many players this was just too much of a hassle.

Boktai reviewed fairly well, and while its annoyances have become more famous than the game itself, it did well enough that a sequel was released in 2004. The sequel made some changes to the basic formula — swapping out a gun for melee weapons — but not to the core one, as it still included a daylight sensor and still made you go outside at certain points. Kojima, who designed the first game, was not involved in Boktai 2's development.

Boktai 2 didn't do nearly as well in the West, and so when a third game was made in 2005 (again featuring a sunlight sensor in the cartridge, and again sans Kojima), it was released only in Japan.

When the craze surrounding Pokemon GO last year was at its peak, I sometimes thought of Boktai and how in 2003 its need for outdoors play was received by many as something between a joke and a chore. And sure, the main reasons for Pokemon GO's success weren't just its "go outside" design, but its GPS tracking and the fact it was based on a series that millions of people grew up with, and not a weird little video game made by Konami. But still... it's worth wondering what could have become of Boktai if Kojima had come up with the idea now instead of 15 years ago... 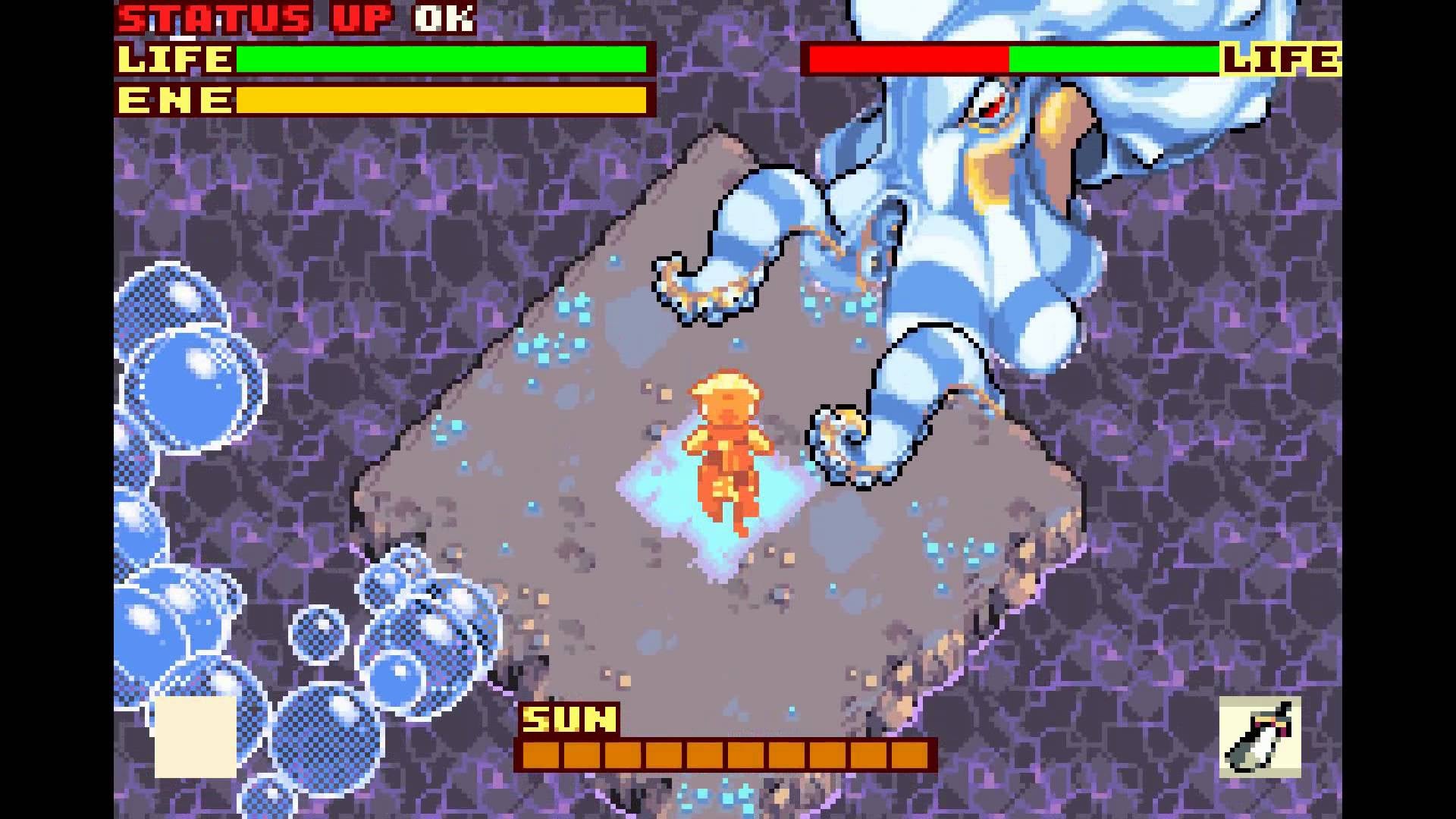