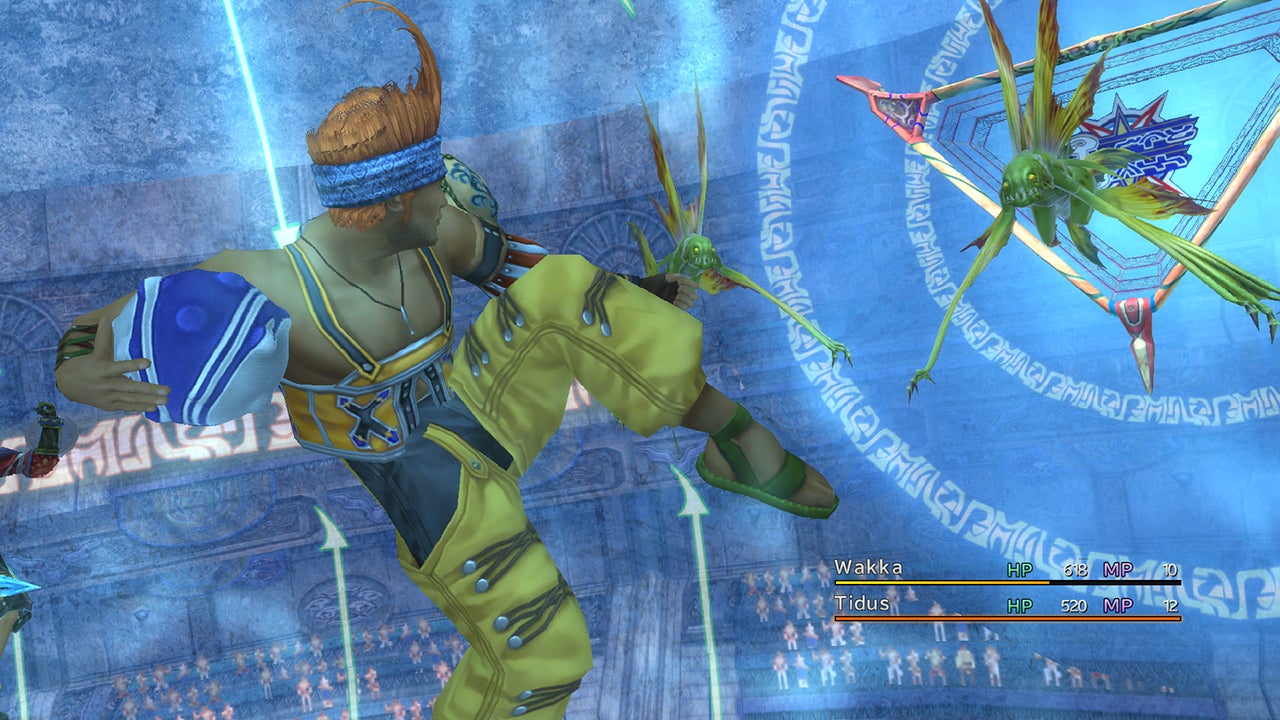 Blitzball is coming to Final Fantasy 14, but director Naoki Yoshida doesn't know how to make it happen. He's torn between two options, he says, and both of them sound pretty good.

Blitzball, which is sort of like underwater soccer except players can poison one another, is both a minigame and significant plot point in the PlayStation 2 game Final Fantasy 10. Back in February, Yoshida told fans that he hoped to add blitzball to Final Fantasy 14, where it would join other iconic mini-games such as Triple Triad (FF8) and the Gold Saucer (FF7). The problem is, he doesn't know how to implement it.

"There are two different ideas that have been in the pipeline," Yoshida told me during an interview in Los Angeles yesterday, speaking through a translator.

One of those ideas is implementing Final Fantasy 10's blitzball as a sport you can play directly in Final Fantasy 14. "[If we did] that, the fans that are especially familiar with blitzball would be excited — they'd be like, 'Here's the blitzball that we've been waiting for,'" Yoshida said. "But looking at it as an element within an MMORPG might not be appropriate. It might not be something that people can come back to and play repeatedly. We're worried people might come for the novelty of it, maybe play it once and leave it behind."

The second idea, Yoshida said, would be to allow each player to build his or her own blitzball team. Instead of participating in the sport directly, you'd become the coach or manager of your very own squad, which is something you can also do in Final Fantasy 10.

"As an MMORPG element, that sounds a lot more feasible or interesting," Yoshida said. "You can recruit a lot of NPCs, increase your roster, maybe scout other famous NPCs to be part of your team. But when you look at that, people will definitely say, 'Well this isn't the blitzball that I remember.'"

They're still trying to figure out which way to go. "We haven't decided yet," Yoshida said. "Once we do make that decision, we'll make a formal announcement."

Let's help him out, Kotaku. What do you prefer?

We'll have more from Yoshida next week.