The New Pokemon GO Gyms Are Live Now, Here's What You Need To Know 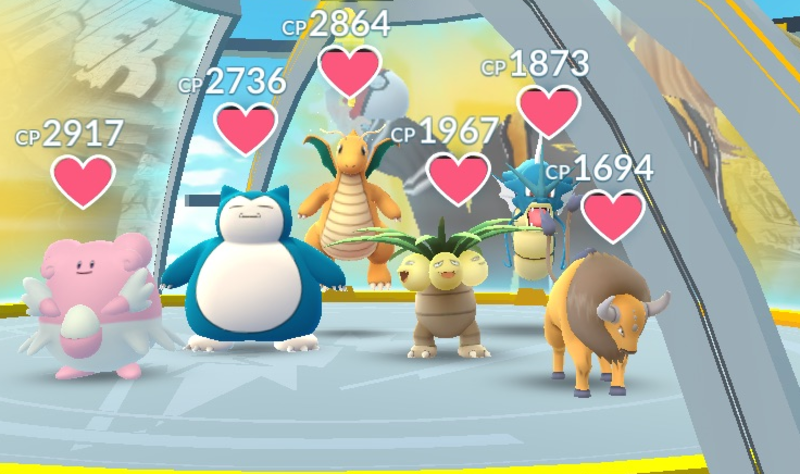 After days of having gyms "under construction", Pokemon GO's biggest overhaul is now available to all players. Not only that, but players logging in today may also find new gyms in areas that used to be Pokestops. Neat.

Here's how it works, per our preview of the feature from earlier in the month:

Gyms will soon have six slots that can be filled by one team's Pokemon, and Pokemon presiding over gyms will have a new stat called "motivation". Even if you can't knock a rival team from their throne, their individual Pokemon will lose motivation over time and as a result of defeats, temporarily lowering their CP. So basically you'll be able to aid in chipping away at them, if nothing else.

However, members of the controlling team can raise Pokemon's spirits with berries, making both sides of the equation a cooperative effort. For your efforts, you'll be able to earn gym badges, which you can level up to potentially get better items at PokeStops and gyms. On top of all that, gyms are getting spinnable "photo discs" (a la PokeStops) in order to hopefully alleviate some of the problems faced by players in less densely populated locations.

For those of you taking on gyms, note that some under-the-hood mechanics have also changed now. For example, "Super Effective" moves now dole out 140 per cent damage, while same-type-attack-boost (STAB) moves have been nerfed down to 120 per cent. Players are predicting that monsters with double weaknesses defending gyms are going to be particularly hurt by this change.

Once available, I rushed to a Pokestop near me. It was blank. I did what any strong, proud trainer would do: 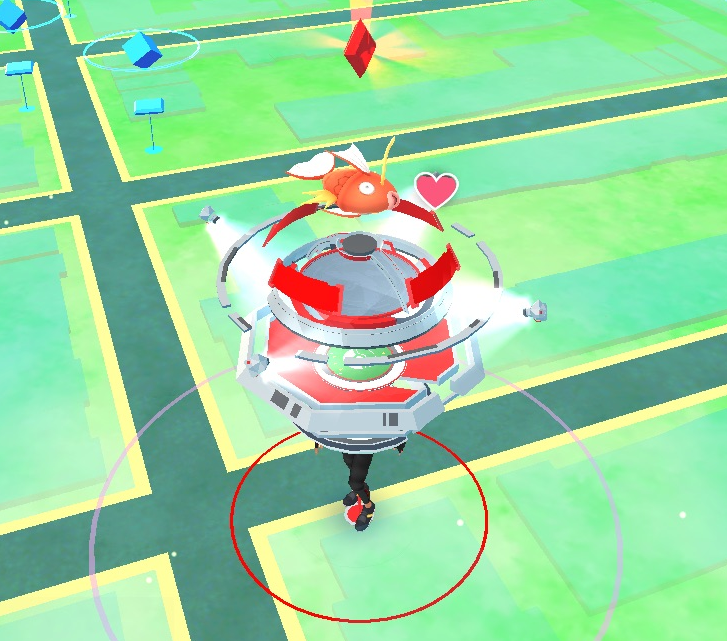 To my surprise, Magikarp lasted a good 10 minutes before this joyless bastard showed up: 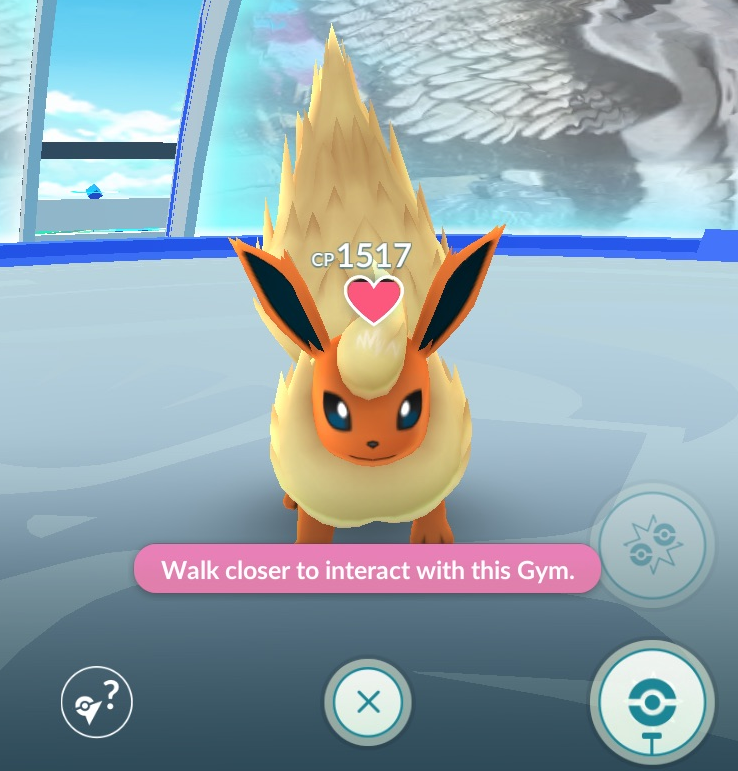 Damn you, Flareon. Because I wasn't able to hold the gym for very long, I didn't earn coins. You'll have to put up a fight if you want to win such rewards. The game notes that, in order to earn badges, you'll need to spin the Photo Disc atop Gyms, but I did so and wasn't able to get anything. It seems that I am not alone, because many players can't seem to pop badges right now either. For those of you having trouble with badges, a Niantic representative says they are "still in the process of rolling out features" and that players should try again if they had trouble the first time.

Also: Any creatures put on gyms won't have full "Motivation", so get ready to feed them some berries. Fortunately, you get Stardust rewards for feeding your team, too, so don't be stingy.

Most gyms around me at the time filled up rather quickly, often with familiar faces, such as Blissey, Dragonite, Gyarados and Snorlax. If you're going to take on a gym, make note and prepare for such threats! A list of the top defenders as of the latest update can be found here.