Top Pistol Mercy Will Wreck You, But Only If She Has To 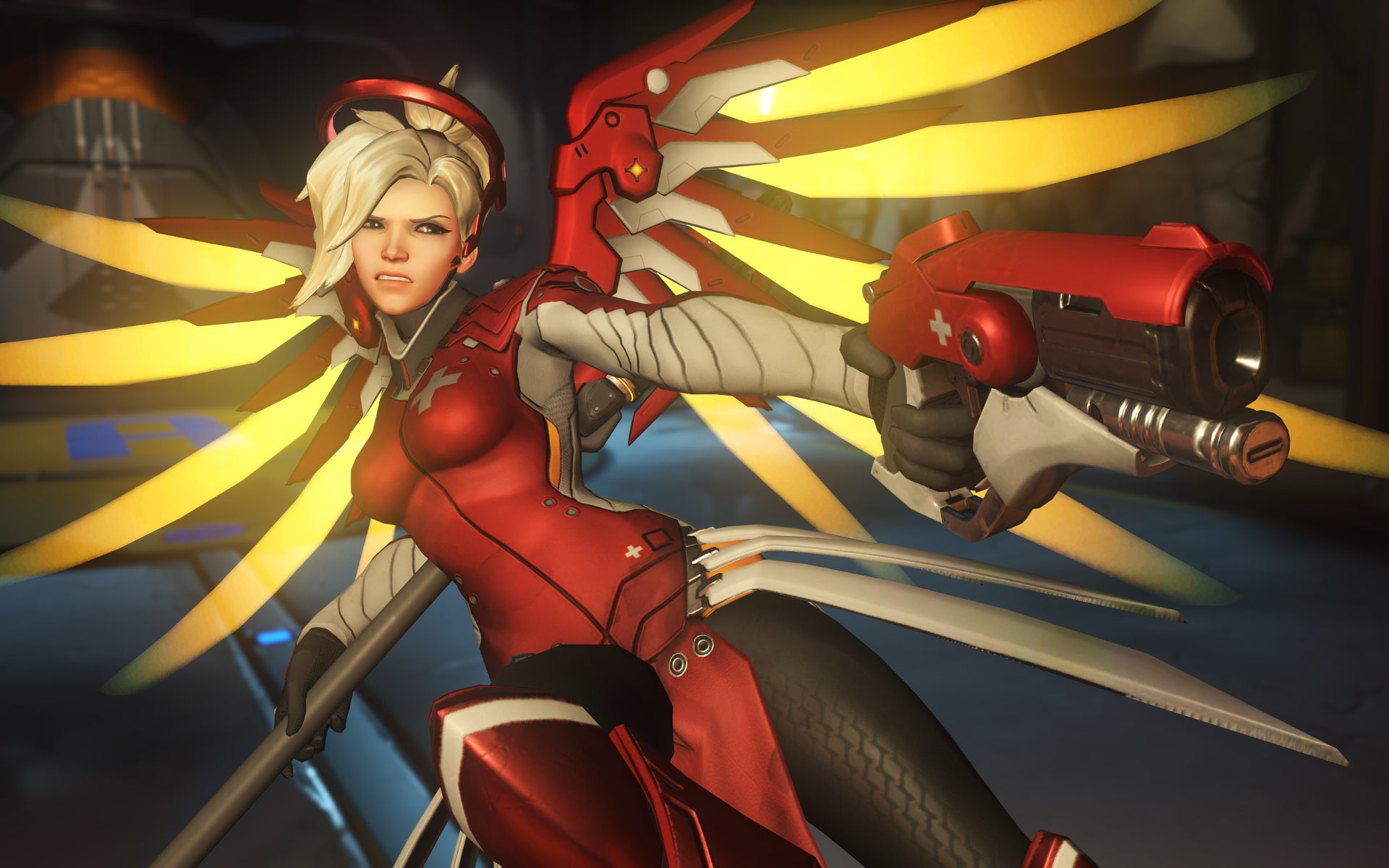 Mercy is Overwatch's most straightforward healer. While Ana and Lucio are clearly built to mix (and/or boop) it up, Mercy has nothing but a dinky pistol and a dream. Many Overwatch players ridicule offence-minded "Battle Mercys" because they get slaughtered and they waste precious healing time. Perhaps, though, people are looking at the innocent angel on Overwatch's shoulder the wrong way.

Animetic is an Overwatch player and YouTuber who mains Mercy. In a recent video dedicated to headshots, she pointed out that, according to unofficial ranking site Overprogress.com, she's the best Mercy in the world when it comes to headshots (she's now number two). It's not hard to see why. On her YouTube, she darts around players and puts a kindly, caring bullet between their eyes when they get too close. While conventional wisdom says that going in guns blazing as Mercy will get the whole team killed, Animetic argues that the cornerstone of a well-rounded Mercy defence is an offence so fearsome that nobody wants to fuck with you. Despite this, Animetic insisted to me over Discord that she doesn't try to be a Battle Mercy. Her main focus is healing, but an important part of healing is not dying horribly.

"[I use my pistol] almost always in self-defence," she explained. "Even when I'm with my team, if a Genji is on me, trying to fly to a teammate is not going to make the damage on me stop any sooner, but hitting him with the pistol will. Obviously, if I can get out of line of sight, then that's the preferred option, but sometimes you just have to fire back."

"[I use my pistol] almost always in self-defence."

The keys to her success when she does choose to open fire are positioning and staying ahead of her opponents. While Mercy's pistol isn't a powerhouse, it's more versatile than people give it credit for. Animetic tries to engage each of Overwatch's heroes at the distance they're least comfortable. But there's more to her success than bopping Hanzo up close or taking Pharah by surprise before she can soar away. For example, Animetic likes to spam crouch against heroes like Widowmaker and McCree because they fire slowly and aim for the head. This tactic doesn't work against fast-firing machines like Soldier 76 and Tracer, who she deals with in other ways:

"I think one aspect that many people overlook when watching [my headshots video] is that during each encounter with that Tracer, I'm either in or moving towards a hallway/corridor/other confined space," Animetic explained, nothing that she eliminated a Tracer four times in the same match. "Tracer will shred you at midrange, so you want to fight her in confined spaces so you can get right up in her face and blink is less useful, giving you a fighting chance. In absence of confined spaces, kiting around a pillar can work too, where every time Tracer tries to create distance by blinking behind you, you simply [line of sight] them behind the pillar and heal up with your passive health regen. That's another way of forcing them to fight you in close range where you can more easily hit your headshots." 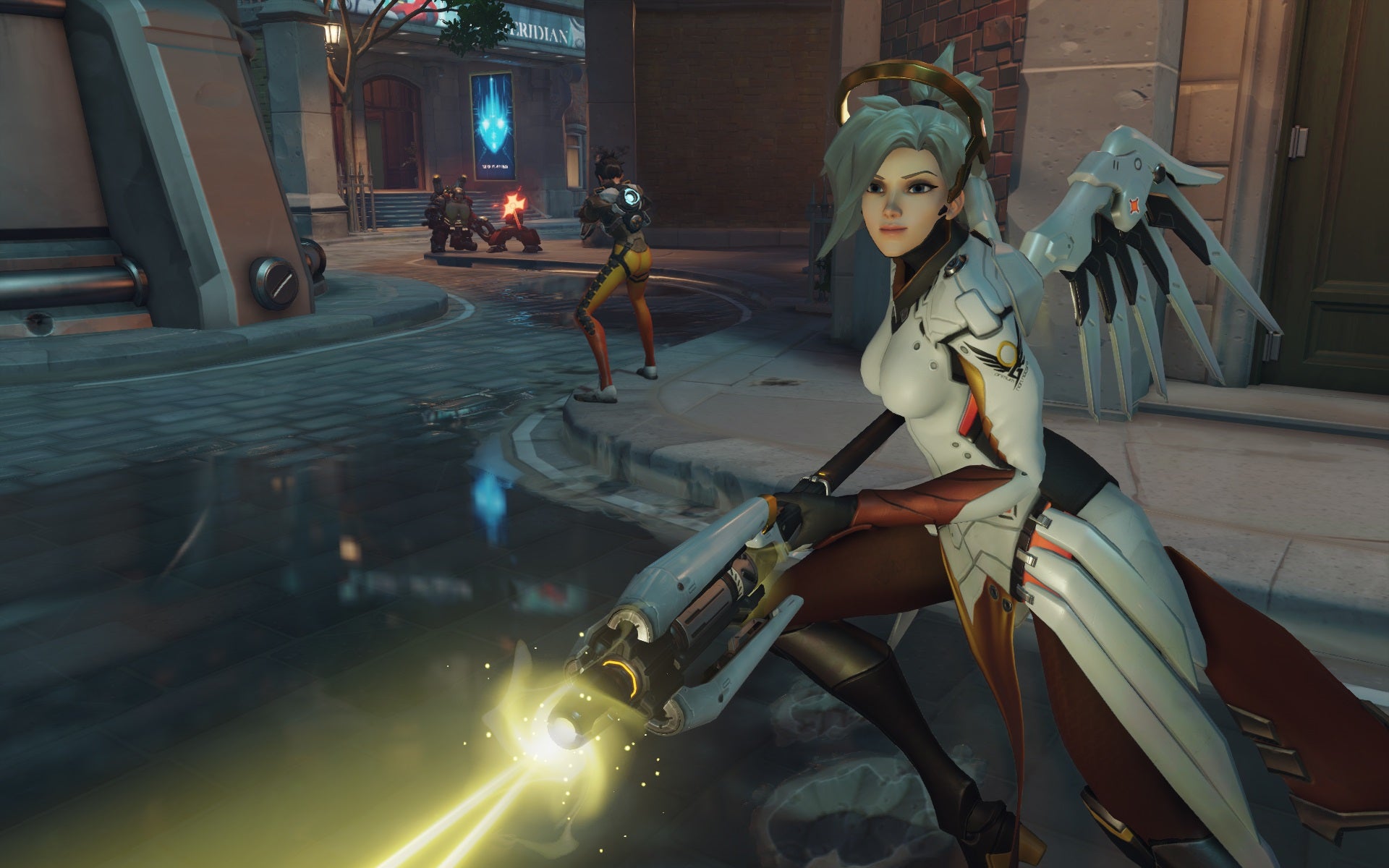 Animetic has over 700 hours with Mercy, and much of that is as a solo queue player. She's become so good at using her pistol, she told me, for a reason that's all too familiar to many Mercy players, especially those who solo queue: Crappy teammates.

"I've learned not to rely on teammates for anything," she said. "If they're in range for my Guardian Angel [mobility skill], that's great, but if they're not, I'll use the pistol to fend flankers off. I take my teammates out of the equation when it comes to my survival. If I die, it's my fault."