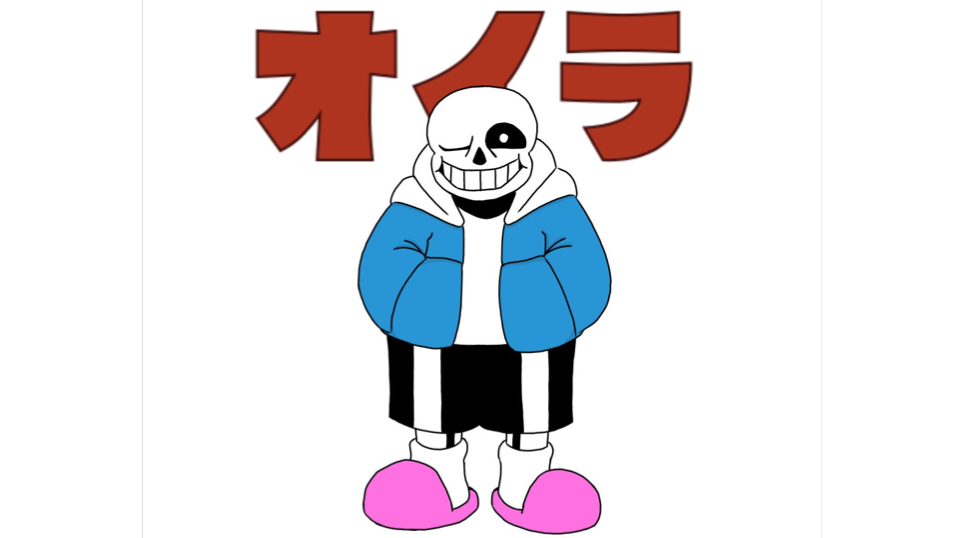 American indie game Undertale is finally getting an official Japanese release. Good for all the hardcore Japanese fans the game has! Its localisation is already causing quite a stir.

Namely, the way laid-back skeleton character Sans refers to himself.

In English, we use the personal pronoun "I" to refer to ourselves. However, Japanese has an array of personal pronouns that goes well beyond "watashi". There are multiple ways to say "I" in Japanese (you can read a list here).

The way that people refer to themselves in Japanese can reveal a lot about the context within they are speaking, how they view themselves, and even their backgrounds. Among male speakers using informal lingo, you can typically divide them into two groups: Those who use "boku" (僕) for "I" and those who use "ore" (俺). The natural assumption would be that Sans would use one of those, but... 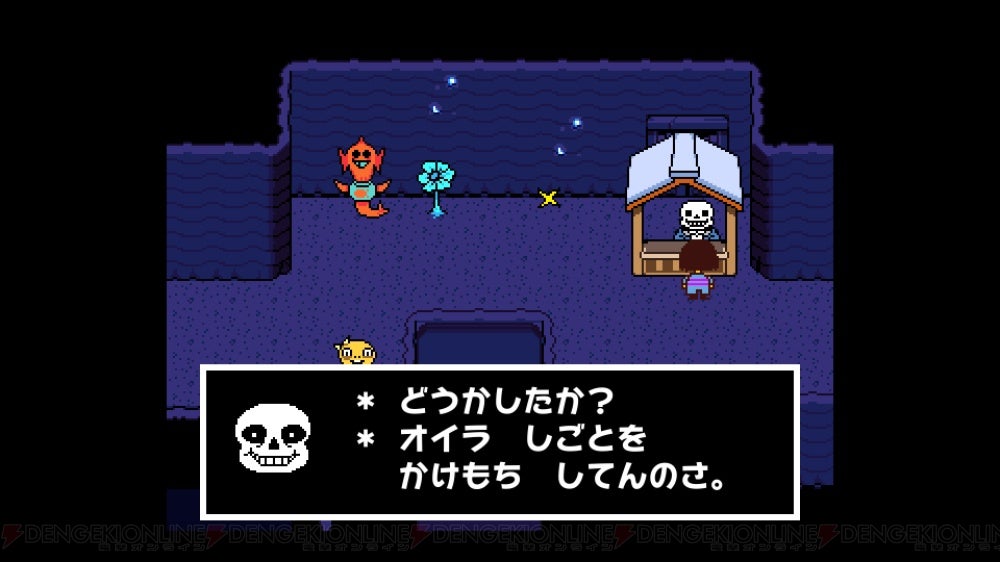 As evident in this Undertale Japanese screenshot from Dengeki, Sans refers to himself as "oira" (オイラ), which has country bumpkin connotations in Japan. Sophisticated urbane guys do not use "oira". Older rural folks might.

To give an idea as to how much scrutiny loc gets in Japan, the word Sans uses to address himself in Undertale is trending right now.

Fascinating for a skeleton to use "oira", no? (Note that the pronoun is also sometimes laced with a comedic nuance.)

JPN Undertale fan twitter is still losing their shit over Sans referring to himself as "oira", but Toby chose it with the nuance understood

This interesting localisation choice is being called the オイラショック or "oira shock" in Japanese, complete with a hashtag (#オイラショック) and everything.

The tweet reads "Taking advantage of the Oira Shock."

Two Sans that are saying "boku" and "ore" in the first panel get destroyed by the "oira!" Sans.