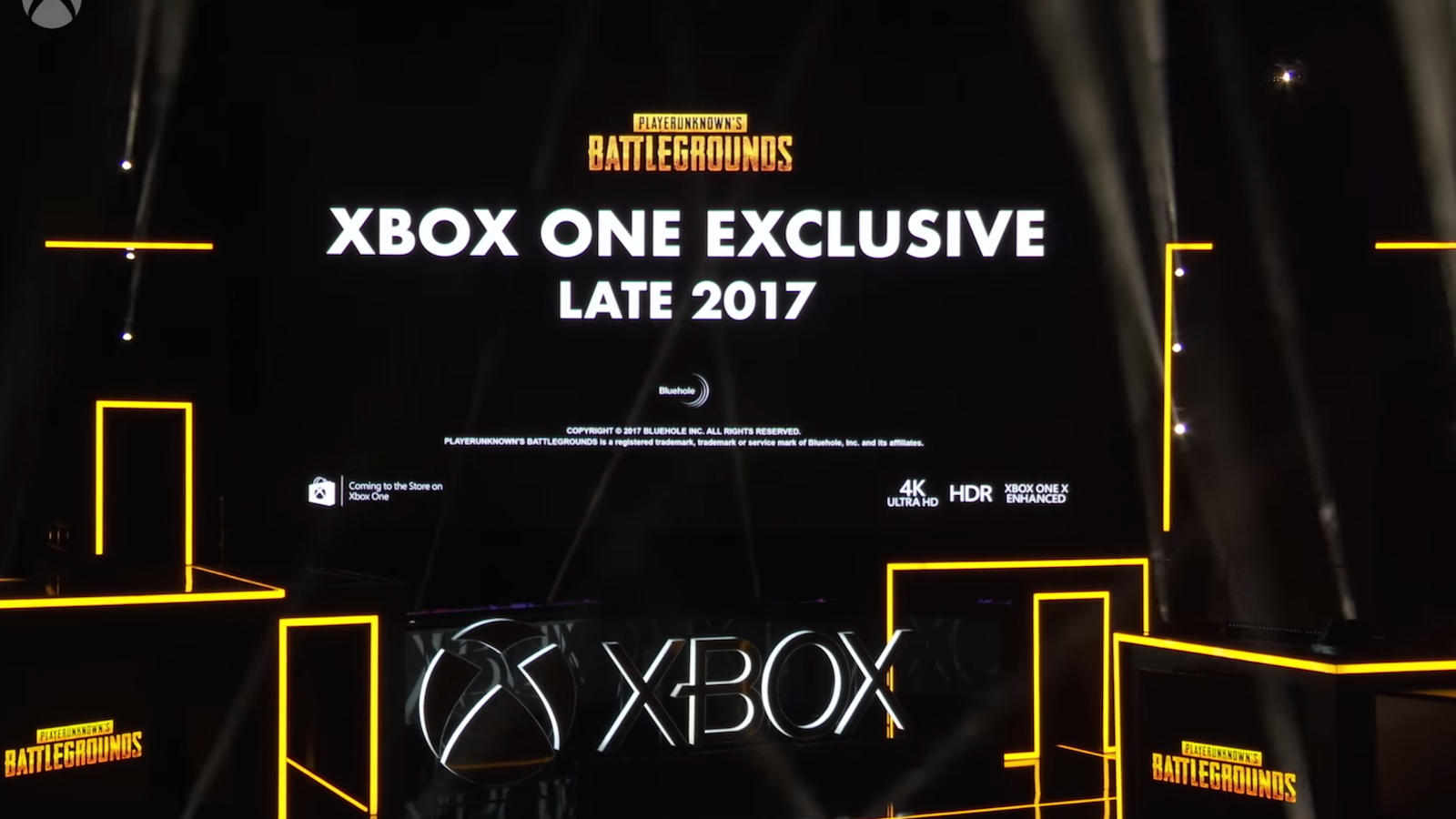 Merriam-Webster defines exclusive as "limiting or limited to possession, control, or use by a single individual or group". If you follow video games, your understanding of the word is probably more refined.

Above: Microsoft presents a game that people have been playing on PC for months.

At Microsoft's big E3 conference on Monday, most of the game trailers were preceded by a booming voice uttering the word "EXCLUSIVE". In truth, not a single game announced at the show was actually exclusive to the Xbox One. In fact, each time the announcer said the word, it often meant something different than the last time he said it.

Nebulous exclusivity is not a new thing in video games — we've been talking about it for years. Game companies have always been cagey about whether something is truly exclusive. Good exclusive software can help encourage people to buy one game console over a competing one, and even if a console maker doesn't have many exclusives, they want you to think they do.

Here now, a breakdown of what the word "exclusive" might mean in 2017.

It will be on one platform only, forever. That's usually because the console maker either directly funded the game or owns the studio that made it. The PS4 and Switch still get Actual Exclusive games such as Horizon: Zero Dawn and Arms. The Xbox One currently does not, since all Xbox One games now also come out on PC.

It will be on one platform only for a period of time after it comes out. It will eventually come out on PC and on other consoles. It will probably come out on PC sooner. Full games aren't the only things that get this type of timed exclusivity — publishers will often brag about timed exclusivity for downloadable content, a particularly bullshitty practice that sucks.

It will launch on one console and also on PC, with both versions coming out at the same time. It won't ever come out on other consoles.

It will launch on one console as well as on PC, with other consoles coming at a later date. A lot of indie games do this, making games for PC while trading timed console exclusivity for help with funding or promotion. Microsoft used the term "Console Launch Exclusive" for this during their show on Monday, so file that one away. Most of the time when that booming voice said "EXCLUSIVE", this was what he meant.

It will work natively with either the HTC Vive or the Oculus Rift, until someone who owns the other headset comes up with a way to get it to run on both. This does not apply to PSVR exclusive games, which will only work with that system.

You and your significant other are no longer seeing other people. If one of you were to find out that the other had slept with someone else, that would be a significant problem for your relationship.

I'm guessing the word "exclusive" has lost all meaning to you at this point, which, maybe that's sort of the point? The most important thing is to remember that just because something was announced as an exclusive doesn't mean it will always be one, and the word doesn't necessarily mean what it seems like it means. Good luck out there.