What Beyond Good & Evil 2 Is Now, And What Its Creators Dream It Can Be 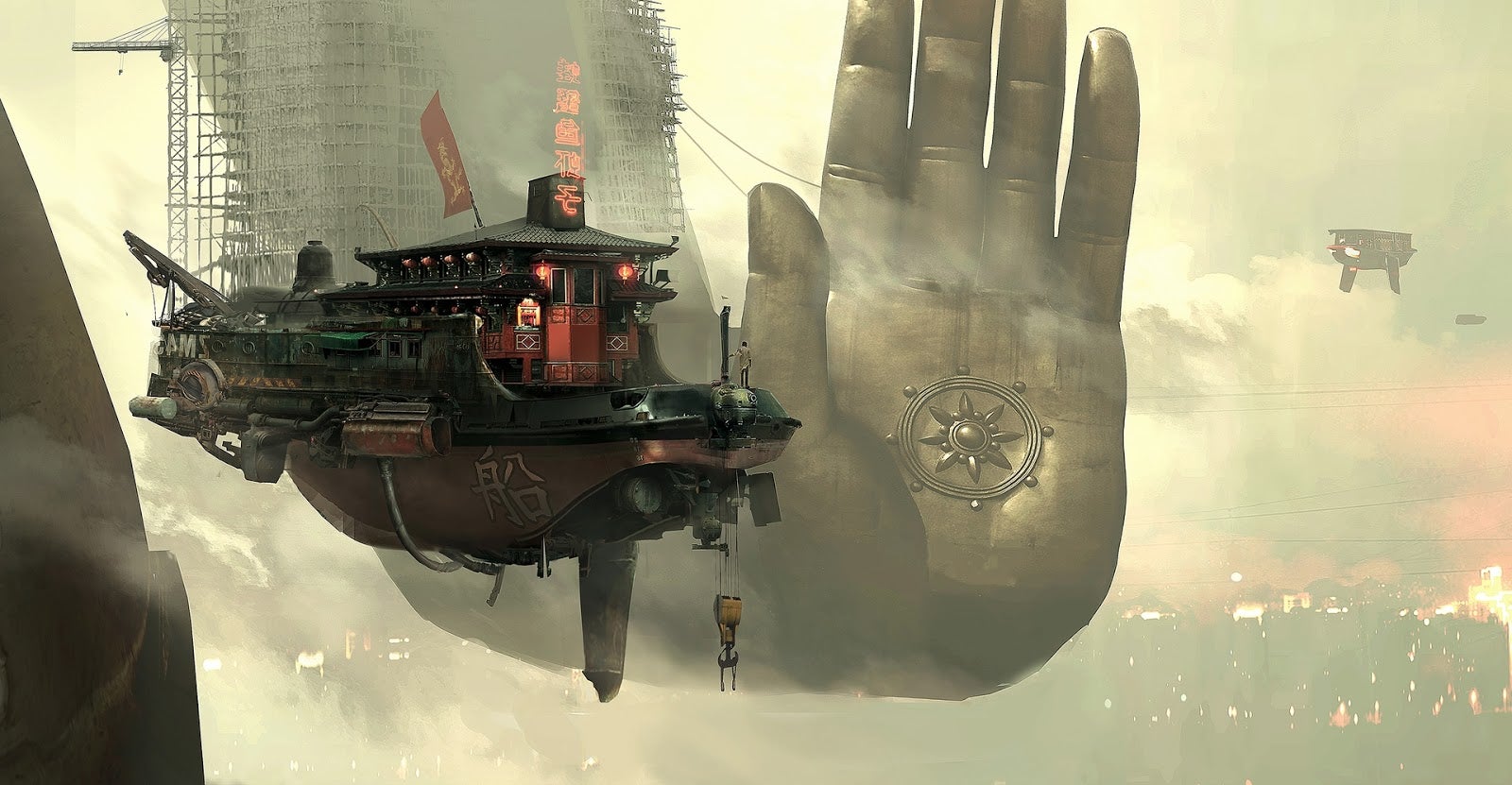 "This is day zero of Beyond Good & Evil 2," Michel Ancel told me on Monday. As he spoke, he was playing an early version of a game people have been expecting for nearly a decade, but that he says has only actually been in development for a few years.

Concept art for Beyond Good & Evil 2

On Monday afternoon out here in Los Angeles (Tuesday morning Australian time), Ancel and narrative designer Gabrielle Shrager closed an impressive showcase of Ubisoft games with a final trailer for their game, Beyond Good & Evil 2. Ubisoft had shown fans a trailer for Beyond Good & Evil 2 back in 2008, but after that, the game faded away. It turns out that was a planned sequel, not the prequel being made now. The game Ancel and Shrager showed at E3 takes place before the original game. Ubisoft only showed the public a trailer during their Monday press conference, but in behind-closed-doors meetings later that evening, Ancel played the thing.

It is indeed early days. The prototype Ancel played isn't being shown publicly yet, save for a few seconds woven into a new developer diary video Ubisoft released today, as E3 lurches toward its conclusion. Those moments show an early version of the game that is much more graphically simple than the spectacular visuals in the press conference trailer.

"Don't pay attention to the graphics," Ancel said as he played. He was sitting in front of me and two other reporters in a room covered in attractive BG&E 2 concept art. "It's very placeholder."

He kept downplaying the graphics to us, instead drawing our attention to what the prototype could do mechanically. We saw a big spaceship floating over a city, with a large sky-scraping elephant statue standing nearby. He pressed some keys on the keyboard of the PC running the demo and changed the time of day. The sun set. Not an impressive feat, really, until he explained what was happening.

"I'm changing the time," Ancel said as he then zoomed out so that the camera pulled back from the atmosphere into outer space. Many games have day/night cycles, but in this demo, "Changing the time" meant actually making the planet rotate on its axis as it moved around a star, causing the light from the star to hit the surface differently. "There is a universal simulation," he said. "There are galaxies. It's not just changing the colour of the sun. Everything is rotating."

"When you see a sunset in Beyond Good and Evil 2, that's a real sunset," producer Guillaume Brunier added. "It's not just some lights our artists put there."

Ancel zoomed back in. He could go from a surface-level view and back out into space in no time, with no loading screens. Back down into the atmosphere, he could zoom in tighter and fly the ape character Knox into a big spaceship. Then he could commandeer a small fighter and pilot it over the cityscape. Looking out to the horizon, we could see lanes of aircraft bending around the curve of the planet. Taking the controls, Brunier jetted toward them. "If you follow a line like that, you'll wind up in another city," Ancel said.

Beyond Good & Evil 2 isn't pretty yet. Ancel thinks it won't look like the trailer everyone saw on Monday at least until the end of the year, but thanks to the tech they have built, he believes it is primed to offer an adventure that starts small and becomes galactic in scale.

"I think people who love science fiction love the feeling of freedom and exploration, the unknown and all the things beyond," Ancel said. "And it's kind of frustrating if science fiction is limited to teeny places and loading."

Brunier described encounters with the makers of other gaming tech that wasn't equipped to do cafe-to-cosmos zooming. "When we work with other guys on other engines and we say we need to travel 20,000km/h on the planet, they say, 'What are you talking about?' When we say, 'We need to display special effects at 200km away from the player, they don't… they are not doing these kinds of things usually.'

"We want the player to be able to go from a small bar in a very shitty part of the city, closing a deal with a weird pig mobster and leaving because you've closed the deal and you just stole what you wanted, and go away to another planet. And that can only be done with what we currently have with the technology. Now we've got this running. We're not finished yet. But now we can start developing what we meant to at the time."

So, what exactly does that involve?

Players start with a customisable character. Maybe you're a cool monkey man. Maybe you're a swashbuckling lady. You start in a low social station, maybe as a slave. Or, Ancel suggested, maybe you deliver pizzas on a space tuk-tuk, and you see a port full of spaceships that can warp through the universe. "We want people to understand that one day, they will be able to have their own giant spaceship."

They want players to feel like they're adventuring through dense cities full of characters from all sorts of cultures. The cities will have restaurants and traffic. They have already built a system for police.

Players will meet characters and add them to their team, picking who comes along for their journey. They will have a home base, set in a customisable spaceship. The base will be filled with trophies from the player's adventures. The developers are keeping most of the plot vague, and they didn't have much gameplay to show, but they say it will play like an action role-playing game. The player's teammates will level up. You'll get XP for doing actions (Brunier got 2XP for colliding into one of the flying cars in the lanes connecting two of the demo's cities).

"It's the hero thing," Ancel said. "You start as almost nothing and you have the point of view of this huge world where everything is possible but there are a lot of difficulties. We want the player to have the feeling of progression. It's not just progressions of the character but of the crew and the team he is making."

Exploration will span the galaxy, as the developers want players to zip across planets from city to city and fly from planet to planet. All of the content can't be hand-made, so Ancel explained that the developers will, to an extent, use random generation. They will hand-make some content and let the computer do some of the other. Many of you reading are probably having No Man's Sky flashbacks right now, but Ancel actually referenced Dwarf Fortress as an inspiration. The beloved, hardcore PC game generates new societies with their own mythology and history. "We have some techniques that allows us to populate the planet in a logical way," Ancel said.

Beyond Good & Evil 2 is going to have multiplayer, though Ancel and his team aren't sure how many people it will support. They have dabbled with up to 15 players in tests of their engine, but they don't plan to go massively multiplayer. "We're really not in the MMO business," Brunier said. "It's an action-adventure game I can play alone or with my friends." 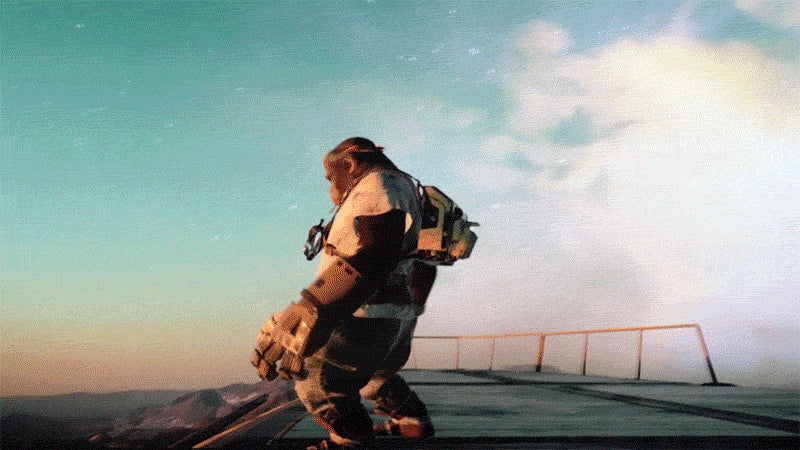 Much of the discussion on Monday evening was about tech and basic design, but Ancel, Brunier and Shrager also wanted to emphasise narrative themes and some context for the prequel story they're telling. "In BG&E 1, it's completely normal to meet hybrids in the streets and have hybrid mechanics who are selling spare parts, and everybody thinks it's normal. But the thing is, it's not always been the case. Before that BG&E time there was another state of things where hybrids were not regular citizens and what we want to [do] with this game is the fight for this freedom that developed in BG&E 1."

Given that it came out back in 2003, it's little surprise that the original Beyond Good & Evil will not be required playing for people coming to BG&E2. Being a prequel helps. "It can be a standalone experience if you never played Beyond Good & Evil," Shrager said. "It will be a story that can be enjoyed in and of itself. For those who do love the characters from the original, they will see the connection because it's a story that crosses generations and they will have things to look forward to, those connections. And for others, it's a full story."

Brunier: "This one represents a bunch of characters you can meet in our universe. It's very diverse. You've got hybrids. You've got real people, old people, mechs. We want to make that science fiction stuff relatable... You want to meet these guys because they seem real."

There's no release date and no announced platforms. "Today there are no exclusive things," Ancel said. "It is very open. We have no decision. We make it so it can run on many platforms." The developers want to be able to have a slick, splashy playable version to present a year from now at E3 2018.

Ancel hopes the team can have playable prototypes to put in the hands of players who sign up for the game's community-access Space Monkey program by the end of the year, "if not then next year". He wants to make the game alongside the community, having them try different modules and give feedback even as the Ubisoft team keeps on crafting the game.

"You see the ambition," he said as he was wrapping the demo. "Maybe you understand why we made two Rayman 2D games to let time go and make sure we are ready to start this."